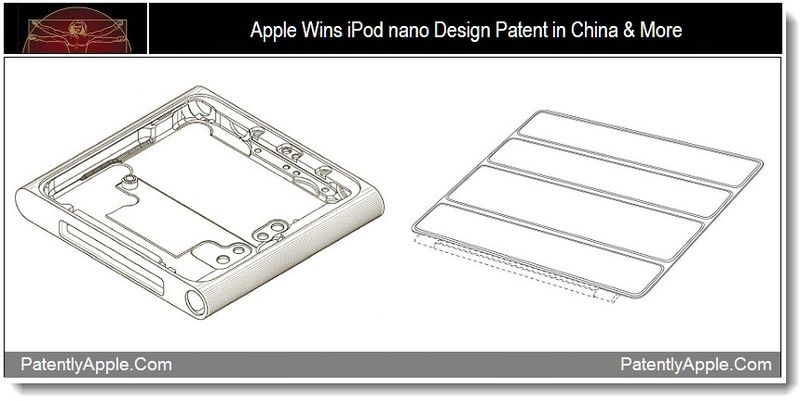 China's Patent & Trademark Office has published the equivalent of a design patent for Apple's iPod nano late last Friday. The design is likely a reflection of Apple's 2009 model. Rumors of a possible backside camera coming to the next generation nano surfaced back in April of this year and then somewhat supported by an Apple patent application in May which presented a camera feature on the nano's interface. Whether the camera will debut at all this year or end up being on the back or front side of the nano – is yet to be determined. In other IP news, Apple has filed for a figurative trademark design in the US for their new iPad "Smart Cover."

Apple's iPod nano has received registration status in China which is similar to a "grant" in the US. More than likely the design is reflecting Apple's 2009 iPod nano rather than what could be on its way this fall. The current design's series of cut-outs in the rear view shown below reflect the support structure for the nano's backside clip. 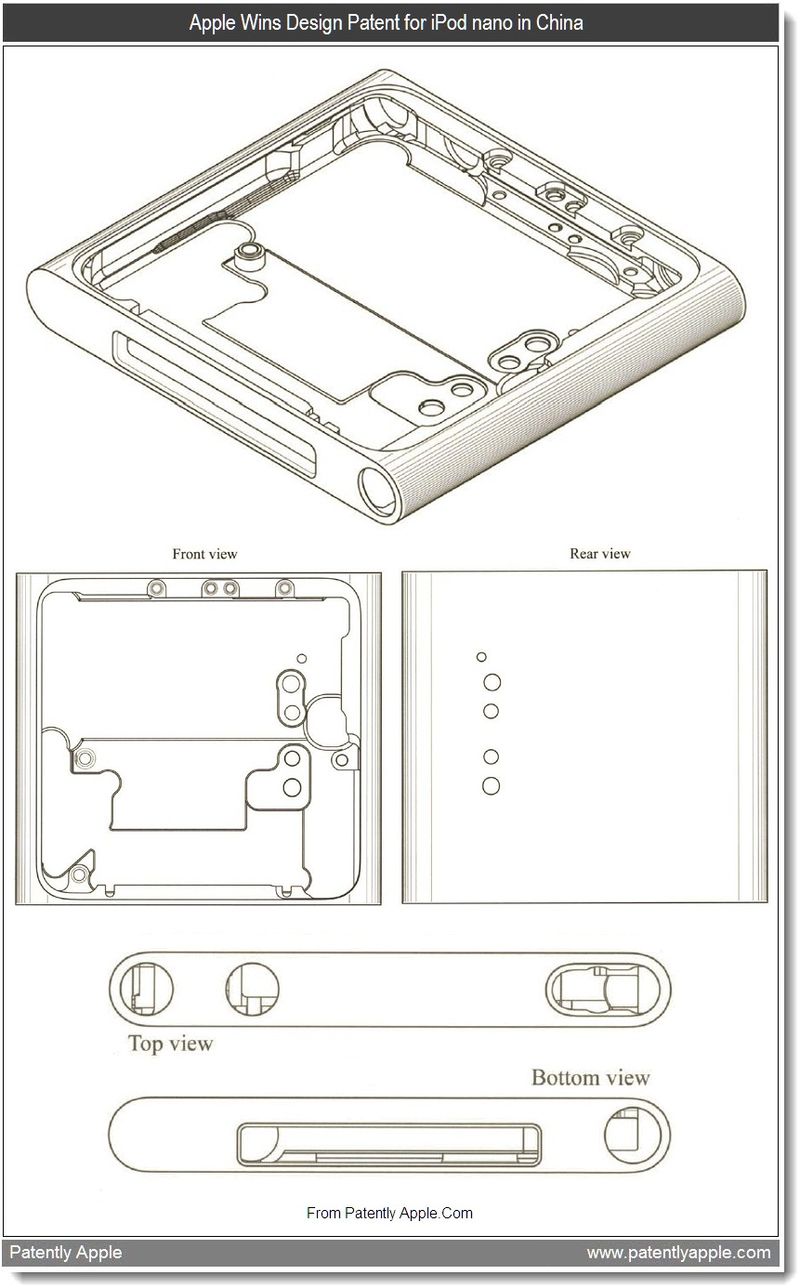 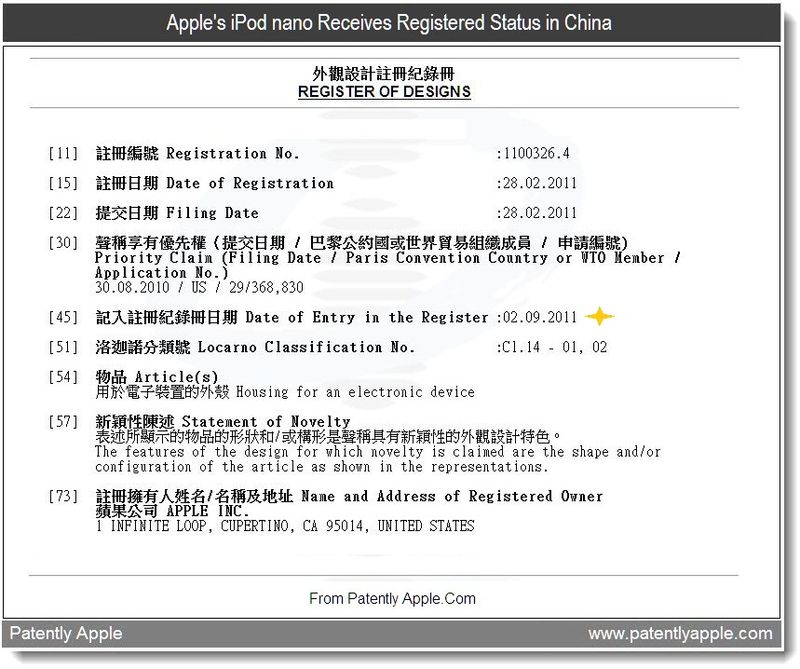 Apple's Drawing Supplied to the USPTO in their Trademark Filing

Apple's newly filed trademark is solely for the Figurative Smart Cover's design image. The Smart Cover trademark itself was filed for back in March 2011. Apple first applied for their figurative design in China back in August. 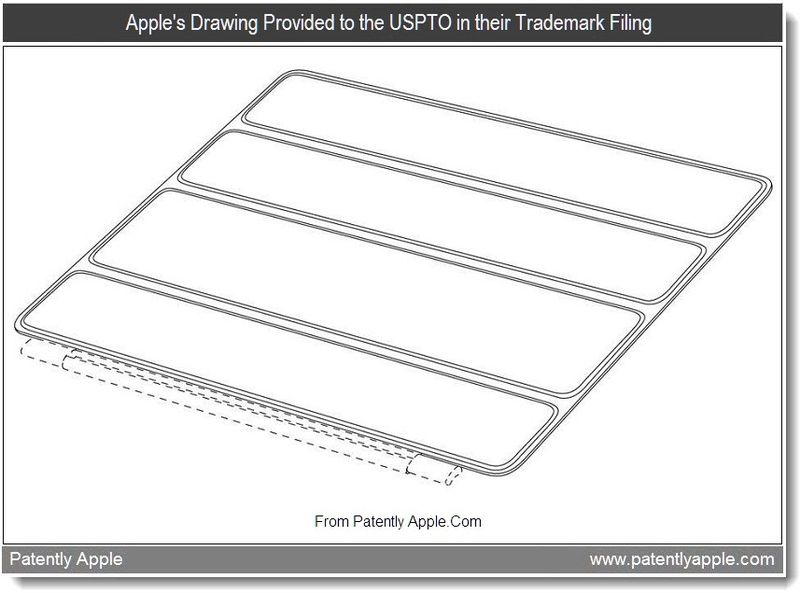 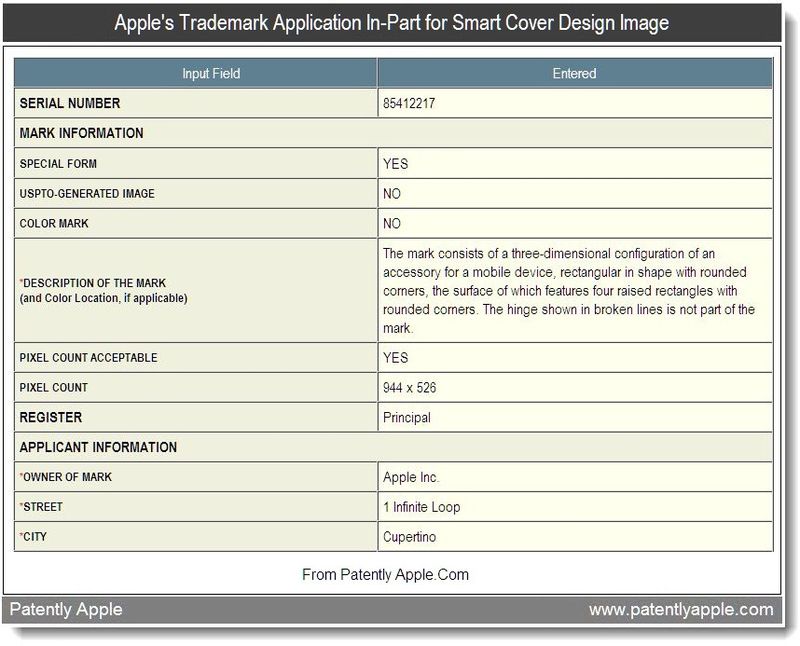 Apple has filed their smart cover design image trademark under International Class 009 covering an "accessory for a handheld mobile digital device that functions as a protective and decorative cover and a stand."