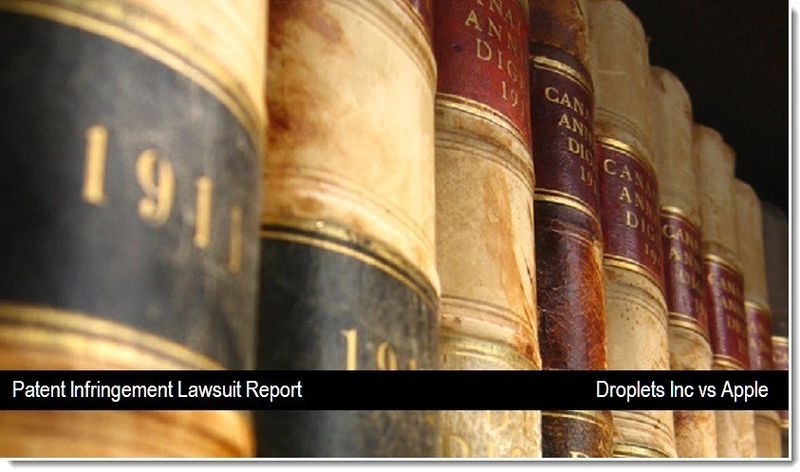 A Texas based Software Company called Droplets Inc whose global 1000 client list includes IBM, Borland and PricewaterhouseCoopers has filed a patent infringement lawsuit against Apple. Droplets official Complaint, filed with lawsuit friendly Texas Eastern District Court, accuses Apple of violating their patent that covers an object-oriented approach for delivering interactive links to applications and information stored on a network. The Complaint claims that Apple's own website along with their movie trailer site, iTunes and "other web applications" violate their patent. Other defendants in the case include Google, Facebook and Yahoo.

And regardless, the patent is beyond obvious. For example, the NeWS window system worked by transferring the entire UI as code over a network connection. In 1987.

I bet if you dig a little into "Droplet" you'll find that they are just another face of IV.

I just checked the internet wayback machine, and found apple's movie trailers site from back in 1999, which is before the patent was granted, and doesn't that invalidate their claim? Follow my link- it was called "quicktime movie trailers theater" at that point.

All the methods described were sold through WebObjects functionality back in 1996. They were based upon patents from AppKit/Foundation Kit long before that.