Apple Wins Patents for iPhoto, an iOS Device Windowing System and Another Major Multi-Touch Patent that could Bolster Legal Cases

The US Patent and Trademark Office officially published a series of 20 newly granted patents for Apple Inc. today which includes three design wins which our report covers this morning. In addition, our report covers granted patents for iPhoto in relation to photo albums and books and another relating to a construction technique for an iOS device windowing system along with links to many other patents. Yet the major patent of the day definitely goes to one relating to key attributes of Apple's multi-touch technology and methodologies. Apple's competitors should definitely review this patent in detail should it ever be used against them in court.

The US Patent and Trademark Office have officially granted Apple 3 design patents today which cover the iOS Icon for Safari (D644,658), their Fifth Generation iPod nano (D644,624) and MacBook Pro. Oddly, the latter win appears to only focus on the corner of the MacBook. Unfortunately US design patents are pathetically under descriptive and devoid of detail. As to the question, why is the corner of the MacBook deserving of this design win – there appears to be no answer. 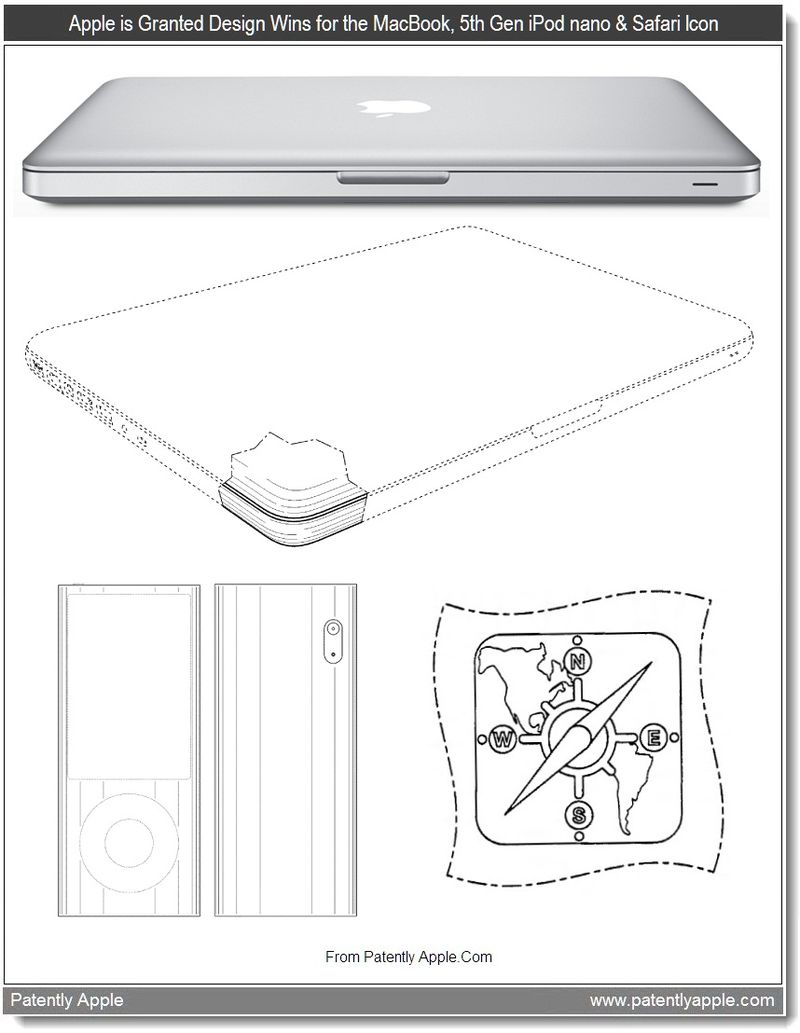 Granted Patent Number One: Methods for Determining a Cursor Position from a Finger Contact with a Touch Screen Display

Apple has been granted another major multi-touch patent that is far reaching. While their multi-touch patent primarily relates to the original 2007 iPhone in a plethora of ways including its virtual keyboard, it also covers touch technologies as they relate to the iPod's clickwheel and beyond. Additonally, the invention covers how to accurately translate a 2-D finger contact area on the touch screen information into a unique 1-D cursor position. 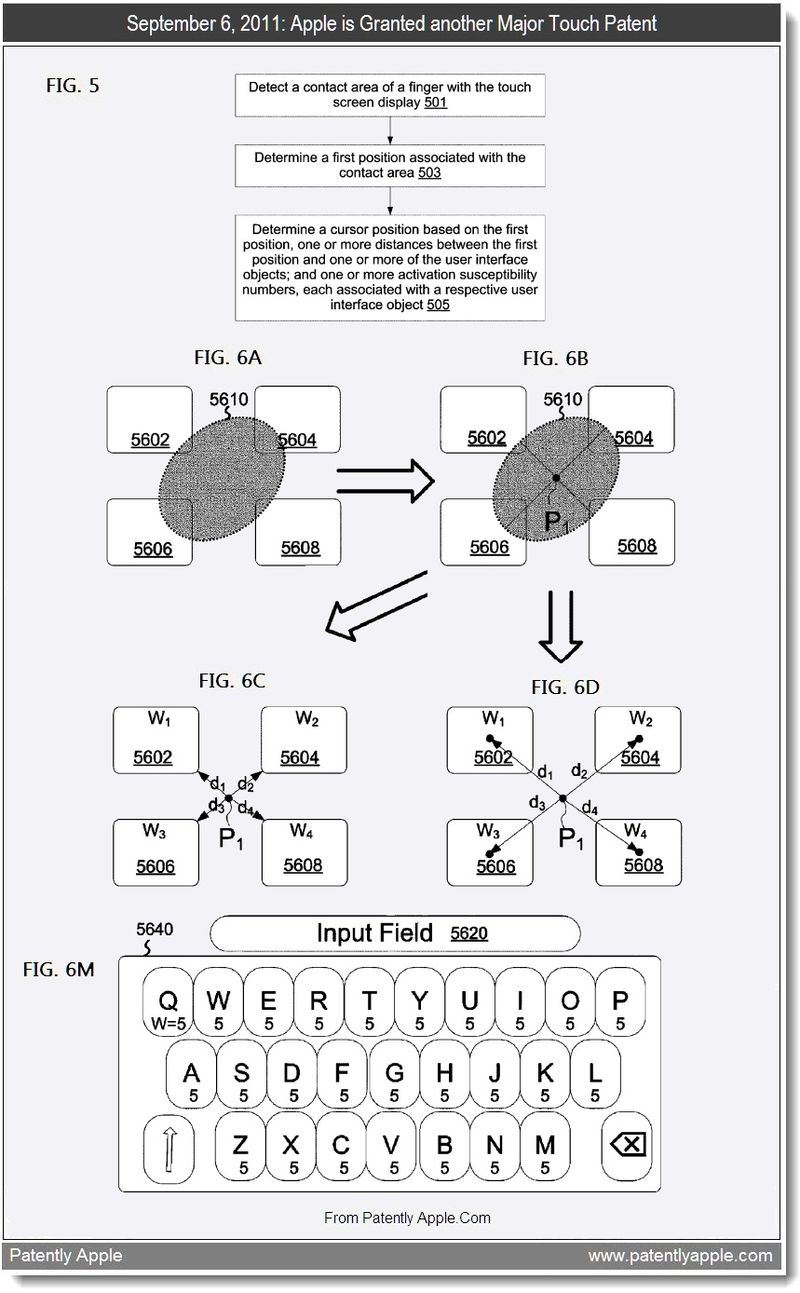 To review all of Apple's 21patent claims and the invention's finer detailing, see granted patent 8,013,839. While the patent dates back to Sept. 2006, the last filing is duly noted as being November 2010. Apple credits Bas Ording, Scott Forstall and Greg Christie

Apple has received a Granted Patent that relates to the field of digital photography. In particular the present invention discloses an intuitive system for digital image acquisition, organization, manipulation, and publication. Translation: Apple has been granted a patent for iPhoto 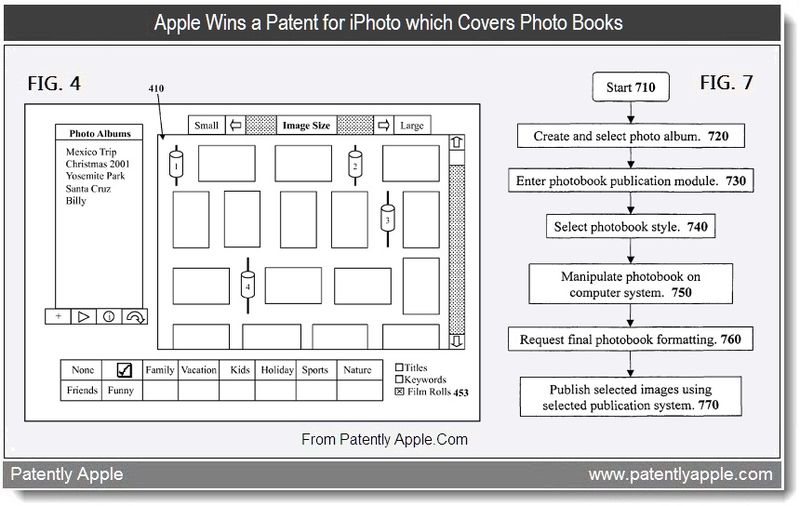 To review all of Apple's 27 patent claims and invention detailing, see granted patent 8,013,874. Apple credits Glen Reid, Aaron Disario, Tim Wasko and Daniel Waylonis as the inventors of this patent which was originally filed in 2005.

Apple has received a Granted Patent that relates to an arrangement for securing a display window assembly in a housing. The patent hints that this method is used for the iPhone but the bezel and timing of the patent hints it could be applied to the iPad. 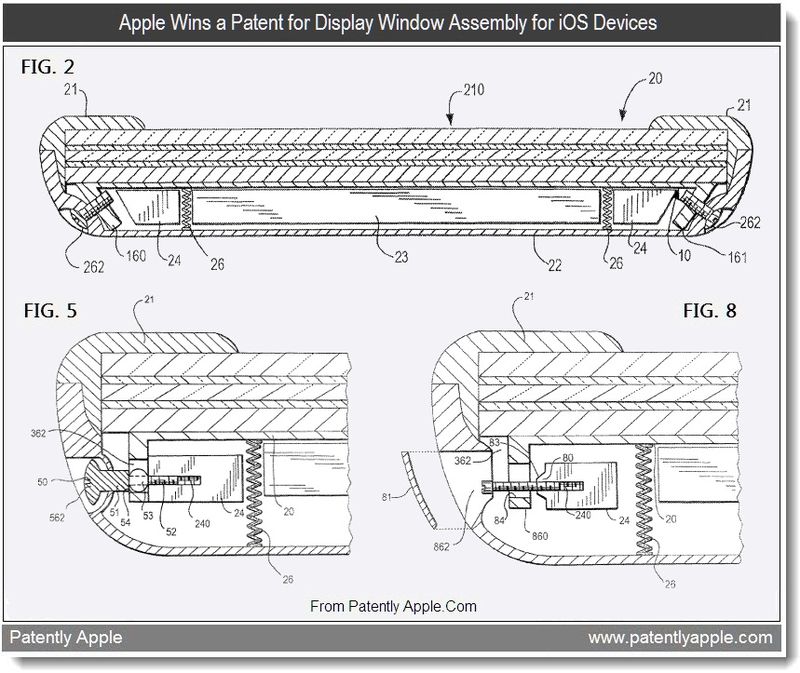 Apple states that "although set screw 862 is set in a side of the device that does not normally face the user, it may be desirable for aesthetic reasons to present a smooth overall surface. Therefore, removable cap or cover panel 81(See FIG. 8 above) may be provided to cover the hole 82 in which the set screw is countersunk."

If Apple actually employs this technique to secure the display, then they've hidden it well from everyone. I guess it's just one of many secret sauce assembly tricks.

To review all of Apple's 20 patent claims and invention detailing, see granted patent 8,014,142. Apple credits Christopher Prest, Kyle Yeates and Michelle as the inventors of this patent which was originally filed in Q2 2009.

Apple's Granted Patent 8,014,760 relates to the iPhone: The title of the patent says it all: "Missed Telephone Call Management for a Portable Multifunction Device"

Apple's Granted Patent 8,013,616 is titled, "Type-A USB Receptacle with Plug Detection." A modified Series-A universal serial bus (USB) receptacle connector is equipped with the functionality to allow the electronic system in which it resides to be configured either as a host device or a peripheral device. 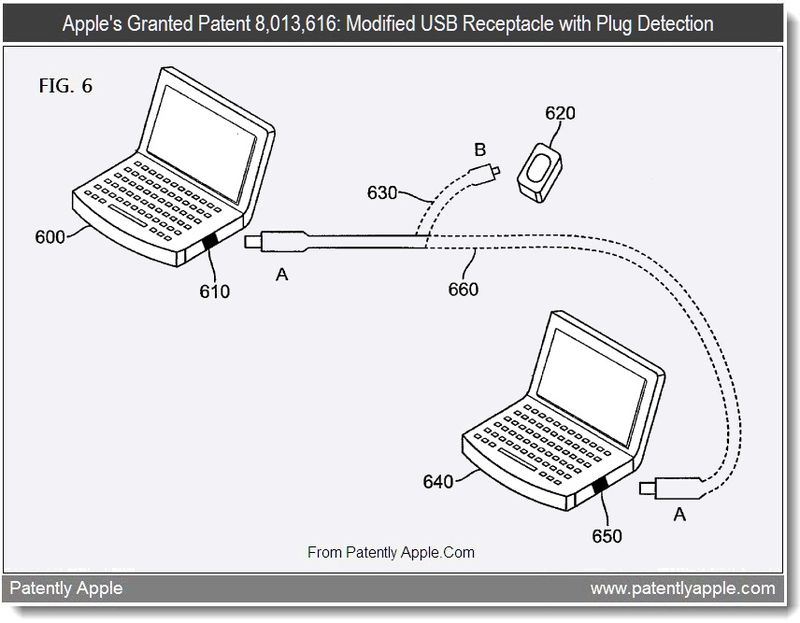 Apple's Granted Patent 8,012,398 relates to the original iPod Shuffle. The title of the patent is, "Housing of an Electronic Device Formed by Doubleshot Injection Molding." Prior to this patent being granted, it's documented that Apple abandoned their original 2005 patent application and then re-filed it in 2007. Apple then applied for a continuation patent in 2010 which resulted in today's granted patent.

The door is wide open to anything on Apple's mind, 4np, as they use the "but not limited to" phraseology.

The Display Window Assembly patent somehow makes me think back to the 3D Display patent application (see: http://www.patentlyapple.com/patently-apple/2011/07/apple-reinvents-how-3d-displays-could-one-day-deliver-content.html ). The Display Window Assembly patent shows a screen in 3 layers, which actually looks like the 3D Display patent. Could this be about the rumored Apple Television?