Apple Invents Solutions for the Disabled to use iOS Devices

On September 1, 2011, the US Patent & Trademark Office published a patent application from Apple that reveals a new accessory protocol for touch screen device accessibility that will allow those that are disabled to use an iOS device. The new protocol is likely to be an extension of Apple's "Voice Over" Framework allowing third party developers to fulfill a need in the marketplace. Providing the disabled with access to an iPhone and its various services is bound to be applauded by many.

Apple Invents Solutions to Enable the Disabled to use iOS Devices

Apple's new patent application covers techniques and systems supporting the control of a touch input device, e.g., a touch screen device, from an accessory communicatively coupled to a device such an iPhone. These techniques could be used to provide a protocol that a non-touch input accessory could use to interact with a device with a touch-based user interface. 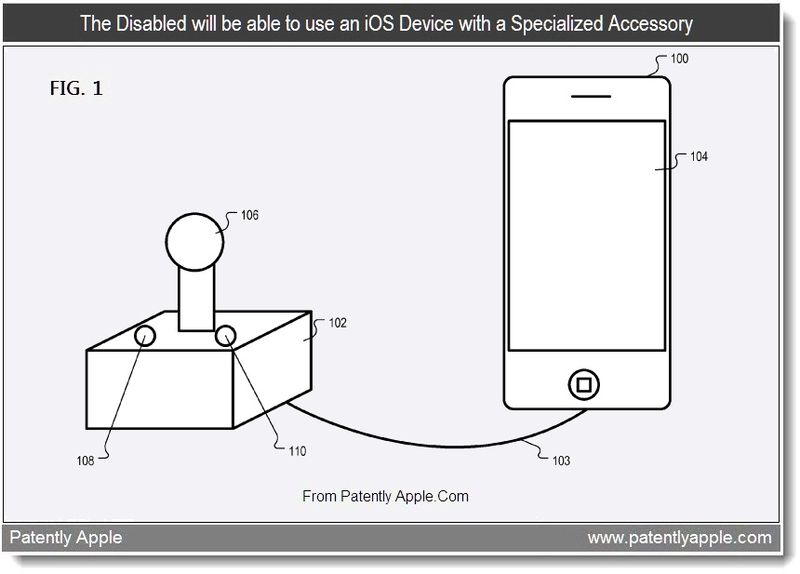 A Note to Our Twitter Fans: Patently Apple is testing out yfrog image services once again for Patently Apple Twitter. We'll list our current reports with Twitter as always for the sake of speed and then upload the cover image via yfrog later in the day. This will make tweeting favorite images easier. However, this will translate into listing two tweets per report on Twitter. Some Twitter fans will like this added service and others won't. So it's important that you send in your feedback using our comment system below. All feedback that you provide us with will remain private and won't be posted. Thank you for supporting Patently Apple.