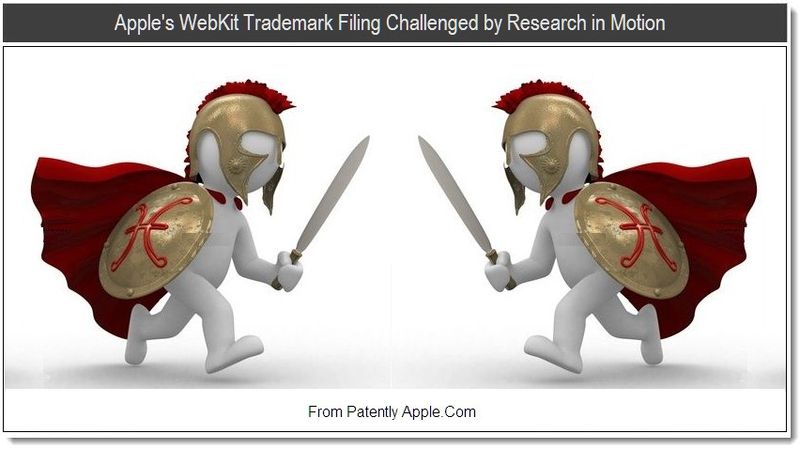 Research in Motion has filed an official opposing action against Apple's trademark filing for "WebKit" in Canada. The opposing action which was filed earlier this month has been granted an extension of time. Many industry players will be very interested in the outcome of this decsision which could be issued in early 2012.

Apple's WebKit is a layout engine designed to allow web browsers to render web pages. WebKit powers Google Chrome and Safari and is also used as the basis for the experimental browser included with the Amazon Kindle ebook reader and other projects including WebOS. WebKit was originally derived by Apple Inc. from the Konqueror browser's KHTML software library for use as the engine of Safari web browser, and has now been further developed by individuals from the KDE project, Apple Inc., Nokia, Google, Bitstream, Torch Mobile, Samsung and others.

Apple open-sourced Webkit in 2005 and made that announcement during their World Wide Developer Conference. But something went wrong at the junction and at one point KHTML developers said they were unlikely to accept Apple's changes and claimed the relationship between the two groups was a "bitter failure." This is why this out-of-nowhere letter of opposition by Research in Motion (RIM) to the Canadian IP Office, as indicated in-part below, is most interesting. 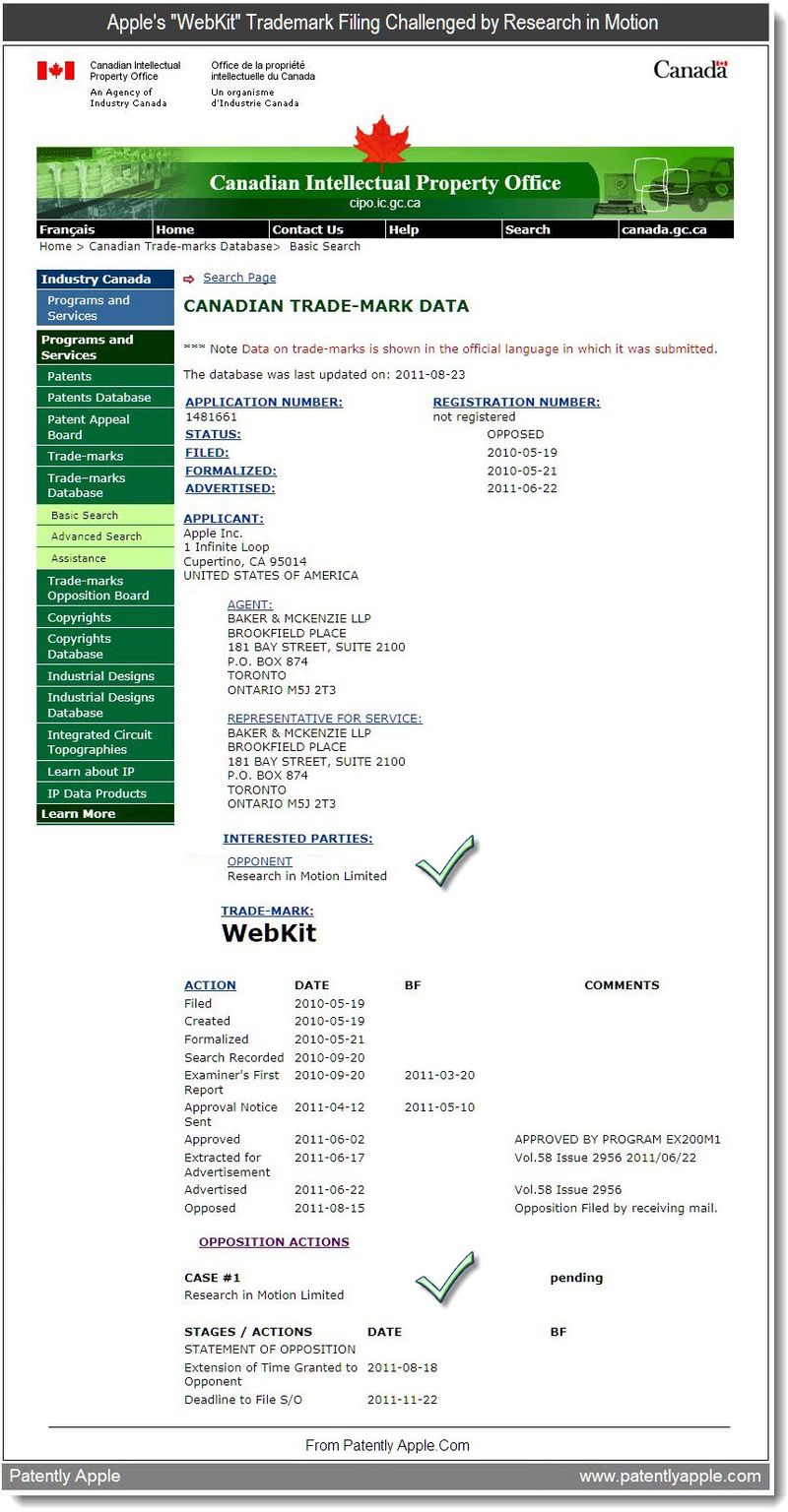 Research in Motion has been granted until November 22, 2011 to produce their official opposition details. Until the contents of RIM's opposition are officially made public, we're a little in the dark. With that said, it wouldn't surprise me in the least if details of their complaint and opposition to Apple's WebKit trademark application eventually leak out by parties interested in seeing Apple's trademark application go down in flames. Time will tell.

Trademark is one thing, IP rights is another. So IMHO there isn't need to pay anything to Konqueror. It is rather interesting that RIM opposes to a defensive trademark. They used the term before Apple did? I doubt, at least not publicly.

Nobody created WebKit for Konqueror, that is ridiculous. OS X's development frameworks are all named ending in "Kit" … AppKit, UIKit, WebKit. The trademark filing is for the name of the OS X Web rendering subsystem, completely regardless of what code is used in that Web rendering system. In other words, it has absolutely nothing to do with the code of the WebKit project, which is almost 10 years away from its KHTML roots, and which has been used by dozens of other software projects, easily repaying its open source debt to the original authors of KHTML.

WebKit is the project that brought the World Wide Web to mobiles in 2007. Show some respect. Or at least halfway inform yourself about the topic you're blathering about.

They didn't call it WebKit. It's just the name "WebKit" that Apple is filing a trademark for, which is fine. Everyone can call it whatever they want. It's no different from Mozilla trademarking "Firefox". No other project can call their browser "Firefox", but they are free to use the code.

Move along, nothing to see here.

Webkit is Apple's! Why would THEY release as "open" source & not anyone else if it wasn't there's?

Wonder what the folks that created WebKit for Konqueror think about Apple filing trademark on their stuff. Hopefully Apple paid them in advance.