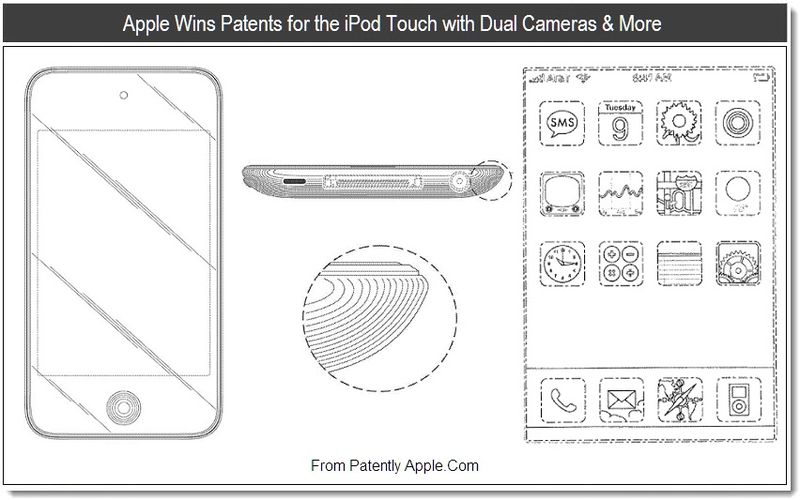 The US Patent and Trademark Office officially published a series of 16 newly granted patents for Apple Inc. today. The notables that stood out this morning covered three design wins for Apple which included their latest iPod touch with dual cameras, the MacBook Air and iPhone user interface. Steve Jobs is noted as one of the inventors. 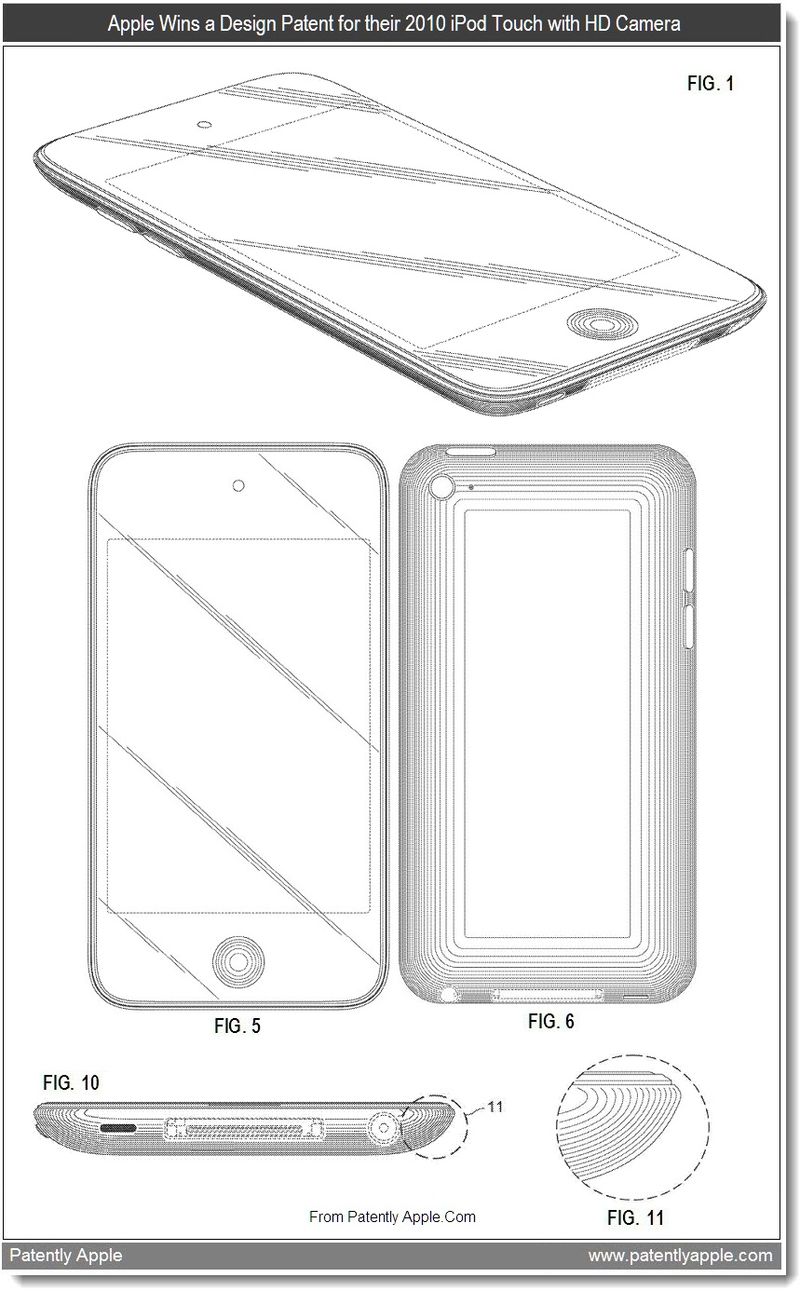 Granted Patents 7,991,738 + 7,991,740 +7,991,834: Synchronization methods and systems + Synchronization server process + Method and apparatus for updating and synchronizing information between a client and a server.

Granted Patent 7,991,781: System and method for storing and retrieving filenames and files in computer memory

Granted Patent 7,992,101: Method and apparatus for controlling a display of a data processing system