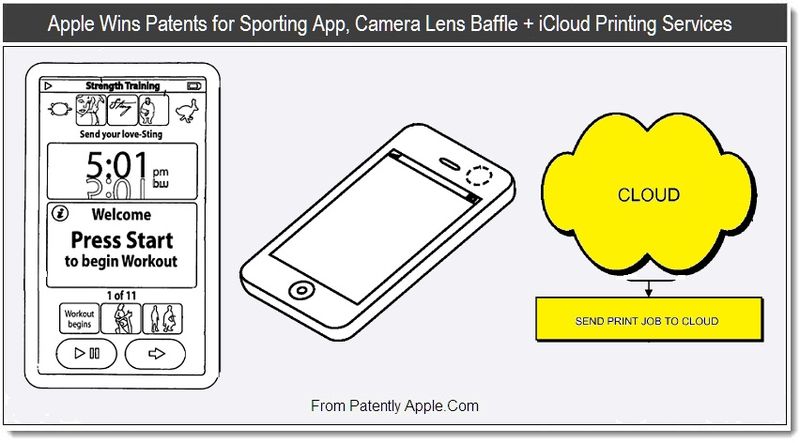 The US Patent and Trademark Office officially published a series of 20 newly granted patents for Apple Inc. today. In our third and final granted patent report of the day we take a look at Apple's yet to be released sporting app that Apple calls a "lifestyle companion" plus we take a look at a camera lens baffle for iOS devices. The last item in this report takes a brief look at a series of patent applications that cover Apple's upcoming iCloud printing services. No, Apple doesn't describe these services as being revolutionary – but rather as being a "cloud computing paradigm." I suspect that CEO Steve Jobs will retain the former for a future press release. What else is new? - ha!

Apple has been Granted a Patent Relating to a Sports Program

Apple and Nike have never really gone much beyond the initial Nike + iPod initiative relating to runners. I have seen a new heart rate monitor system called Nike WearLink + that works with the fifth generation iPod but not others – yet. So while there's an evolutionary process in play, I'm sure that many Macites would like to see Apple with or without Nike introduce more training style applications for their iOS devices. Todays granted patent dates back to 2008 and so they've had some time to get this ready for market. Is it an idea that will turn into a product or will it die on the vine? Time will tell. For now however, we get to see Apple's latest sporting patent that is now secure. 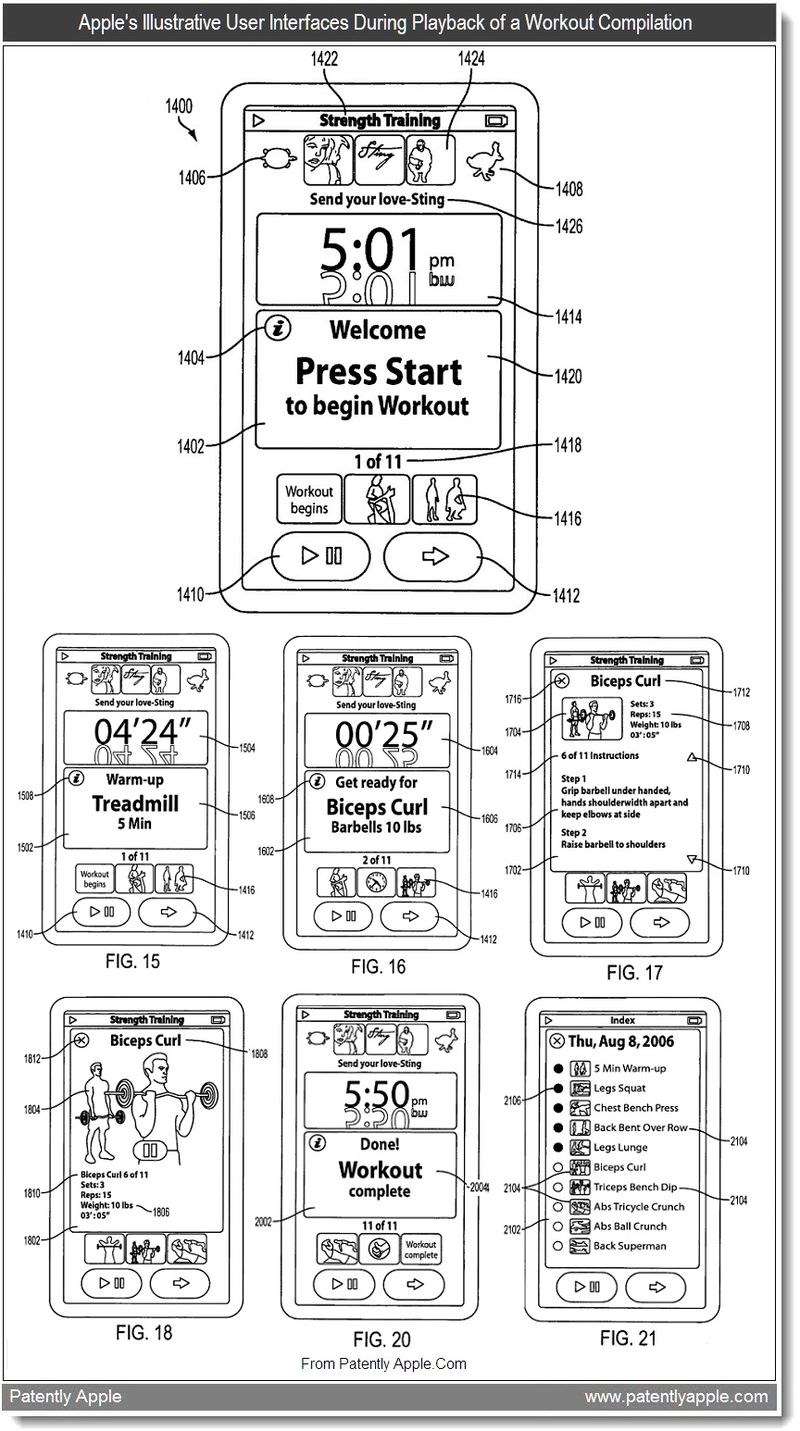 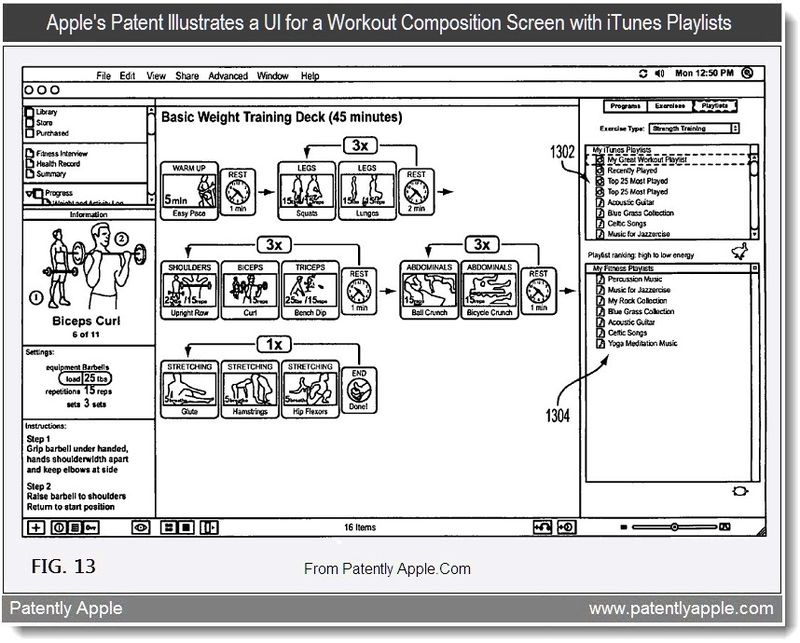 Apple's invention generally relates to the field of photographic lenses and, more particularly, to a lens baffle for a still or video camera in an iOS device. 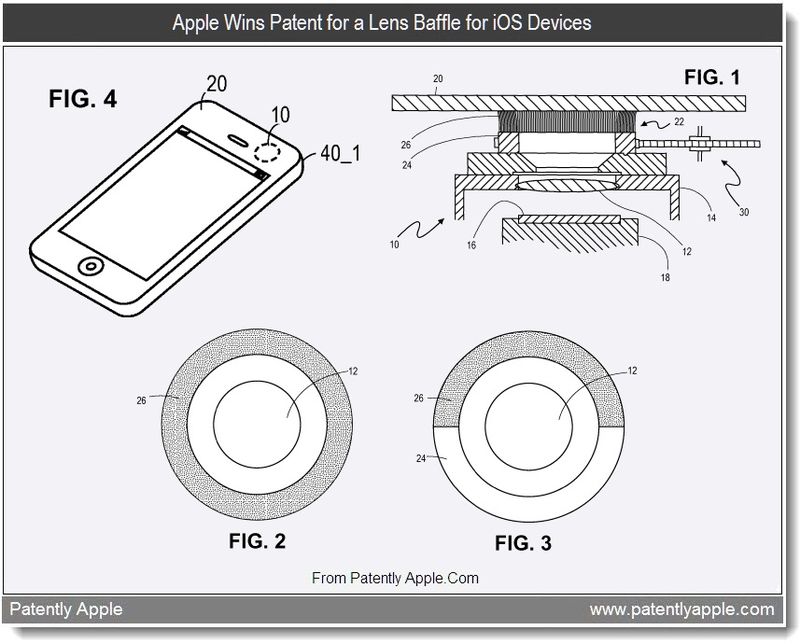 Embodiments of Apple's invention employ a brush-like baffle between the lens assembly and a transparent cover. The baffle at least partially surrounds the lens to prevent stray light from entering and causing flare or other image artifacts. If the baffle does not entirely surround the lens structure, an adjustment mechanism may be provided to rotate the baffle so as to "tune" the flare reduction effect.

Apple's patent FIG. 1 is cross-sectional view of a camera lens assembly; Patent FIG's. 2 and 3 are front views of a lens baffle; Patent FIG. 4 depicts an iOS device in which the lens baffle could be integrated.

For more information on this invention, see granted patent 8,000,598 which was originally filed in June 2010. Apple credits Richard Tsai as the inventor.

Granted Patent 8,000,694: Communications device having a commute time function and methods of use thereof

One More Thing: A Peek at Apple's Cloud-Computing Paradigm

Last week the US Patent and Trademark Office published many of Apple's quality patent applications. We posted extra reports last Friday and yesterday just to keep up and today we're posting one last mini-report to finish them off. But it's a very interesting application. In fact there's a series of four patents on this one subject and it relates to Apple's future iCloud services, specifically relating to printing.

Apple's patent point #35 hits it out of the park by stating that the "Cloud (104 as noted below) could include one or more servers that provide printing services using a cloud-computing paradigm." 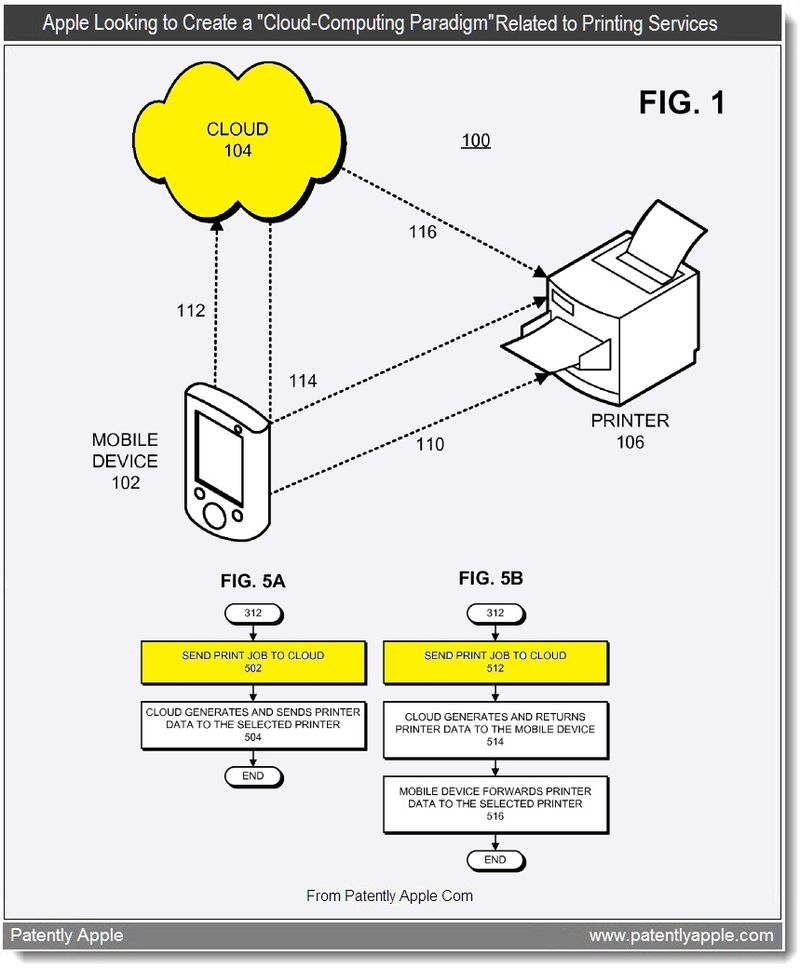 Apple states that printers are often a problem for computer users. When a computer user initially installs a printer, the cabling and power cords are typically not a problem to hook up. However, the user typically has to install a printer-specific driver, which involves loading the driver from a disk or navigating to a website and downloading the driver. Even if the printer driver is already loaded into the computer system, the user typically has to load and install an update for the driver from the printer manufacturer's website. These installation operations are time-consuming and commonly require the user to find and enter a long software-license key.

Hence, what is needed is a system that facilitates printing from a computing device to a nearby printer without the above-described problems.

iSpazio found something similar in iTunes 8.2 a while back - maybe they didn't pull the trigger on this for a while for many reasons (Nike was dealing with some patent issues - but they brought the person on board in the end I think).

It's been 3 years. Shame - as the competition with the likes of Polar and Garmin Forerunner are $200 odd - Apple could converge and crash this market. It'd be a shot in the arm for the iPod range.

Worth holding breath till the iPod, iPod Touch announcements.