The US Patent and Trademark Office officially published a series of 20 newly granted patents for Apple Inc. today. In our second granted patent report of the day we cover Apple's patents for integrating MagSafe into a future iPad as well as a few design patents covering Apple's original iPod and iPod nano in addition to two user interface designs for iTunes. Yet the winner in this group bar none is a patent for Apple's multi-touch display technology that ignited their revolutionary iPhone in 2007. This is what distinguished the iPhone from any other at that time. Apple has been granted a patent for their method of fabricating a capacitive touch sensor panel.

Apple has been granted a patent for the assembly of a unit supporting MagSafe into an iOS device like an iPad as noted in patent FIG. 7 below. The patent states that "In one particular embodiment, the connector may be a power connector such as the MagSafe." Word of Apple considering MagSafe for iOS devices first surfaced in October 2010 as noted in our report titled "Apple Considers MagSafe for Portable Devices like the iPad." 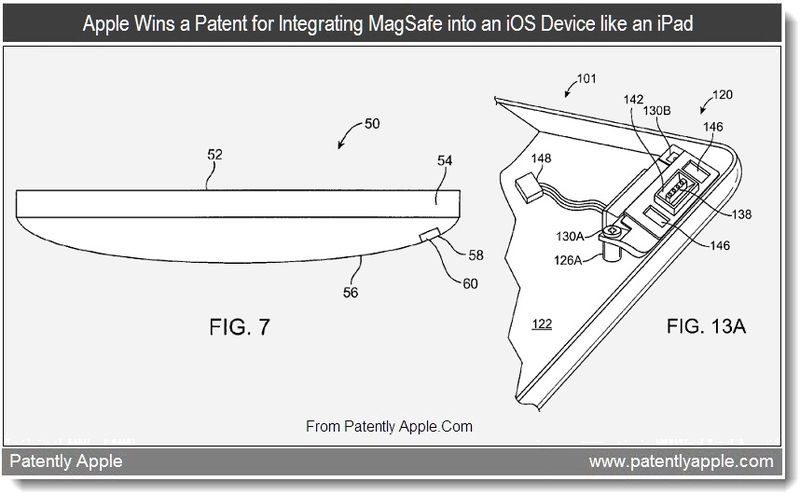 The other key claims include claim 10 which covers a "method for assembling an electronic device" pertaining to the magnetic element, and claim 19 covers "a securing system" for the complex assembly.

Apple has been granted a major patent relating to Apple's advanced "Multi-Touch" displays that made their 2007 iPhone so revolutionary and distinguished themselves from all PC Tablets of the past . 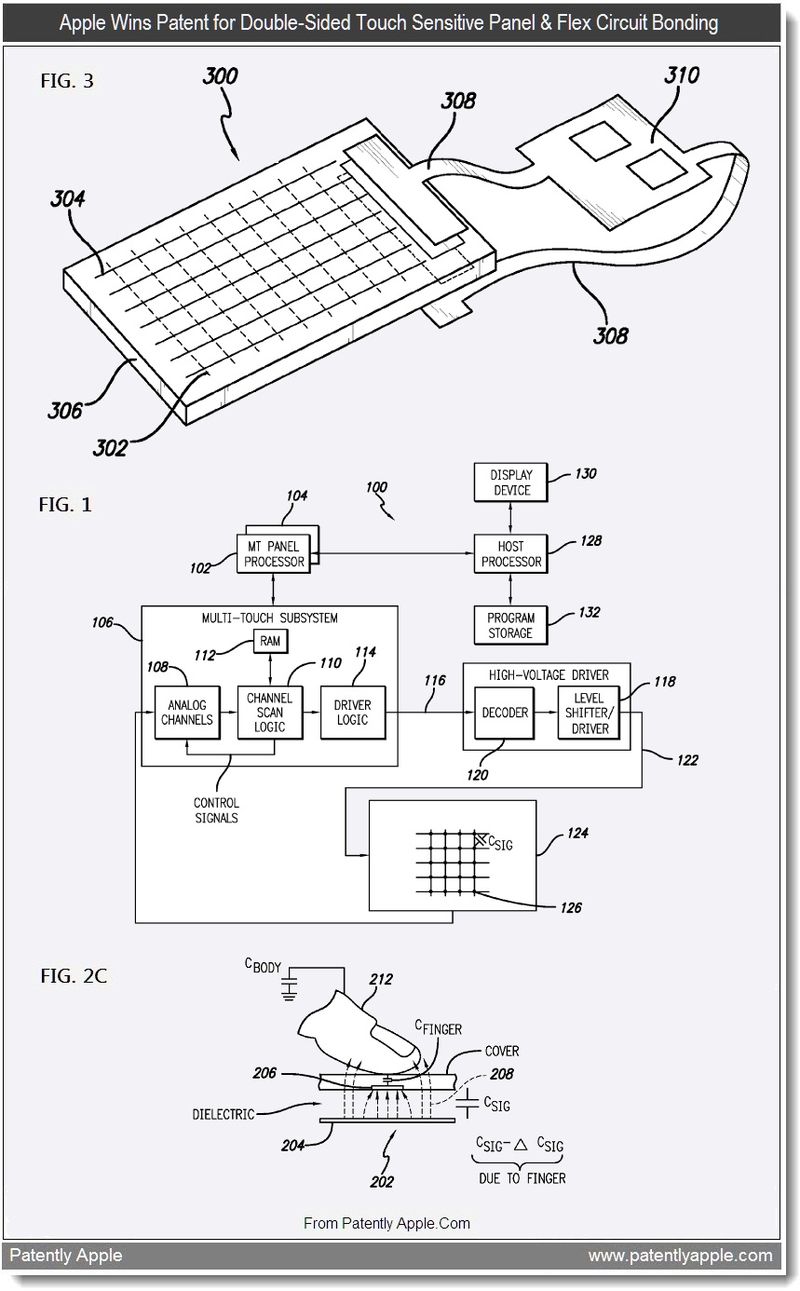 To review the four patent claims supporting this patent, see Granted Patent 7,999,795, originally filed in Q1 2007 and revised in Q1 2011. Apple credits Mark Hamblin and Steve Hotelling as the inventors. 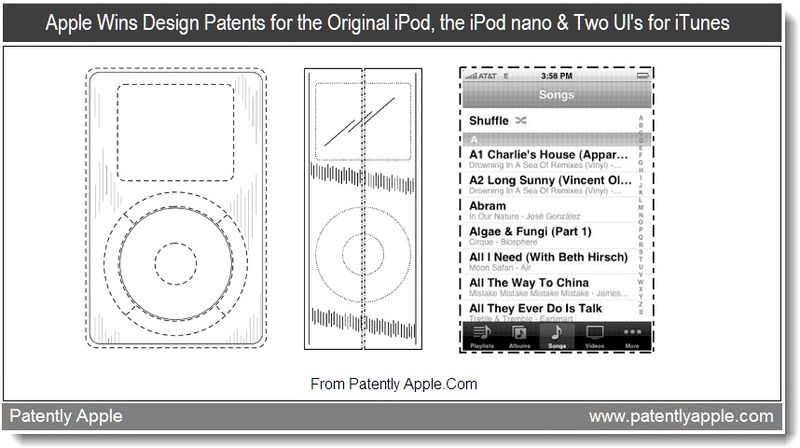 For credits on the other designs, see granted patents D643,402, D643,437 and D643,436. One iTunes user interface as noted above covers Apple's "Shuffle" feature. The other iTunes user interface covers "Downloads." The graphic associated with that design was too washed out to present in this report.

Granted Patent 8,001,314: Storing a driver for controlling a memory

Check it Out: Have you ever seen a true 3D printer that could replicate real products like a wrench? If you haven't, then check out our added feature at the bottom of our latest report. This invention is really Wild and worth a look!

Steve Jobs, discussing Apple's invention of Multi Touch technology at the introduction of the iPhone.

I wonder if Magsafe charging is much faster than inductive. Does anyone know? You'd think on paper that Apple could update Magsafe with even faster technology or a hybrid connector.

This is repeated in the patent several times. Also, the graphic in the patent is a tablet = Apple tablet = iPad = iOS. So why is Gizmo sooooo confused. These guys are really funny.