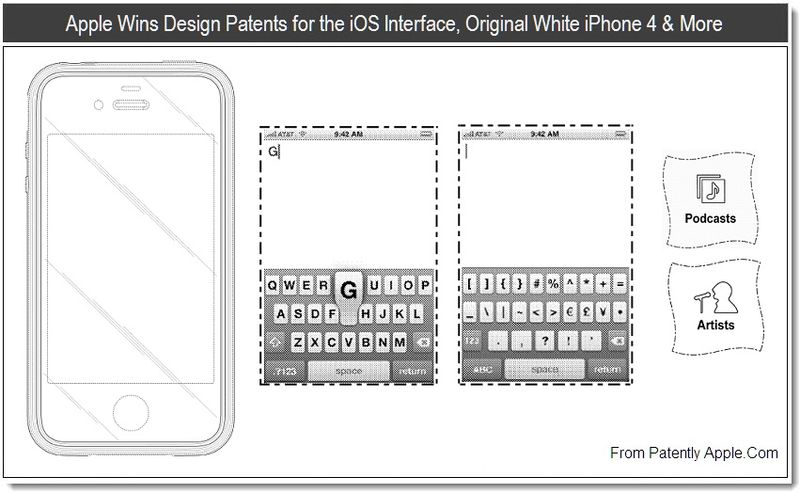 The US Patent and Trademark Office officially published a series of 18 newly granted patents for Apple Inc. today. In our first of two reports today we primarily cover Apple's 10 design patent wins that include iOS's user interface, its virtual keyboard and several related icons. Yet the most interesting design win today goes to Apple's original White iPhone 4 that never quite made it to market. It's one of those designs that Steve Jobs just didn't get quite right: An oddity worth noting.

The US Patent and Trademark Office have officially granted Apple 10 design patents today. The first one worth noting is that of the original White iPhone 4 which had a slightly different design than the final White iPhone 4 that debuted in April of this year. The original design had more rounded edges with the band around the iPhone not covering the headphone jack area. It also had a tiny visible bezel which was dropped in the final design. Apple admitted it was having problems with the White iPhone 4's design in June 2010. 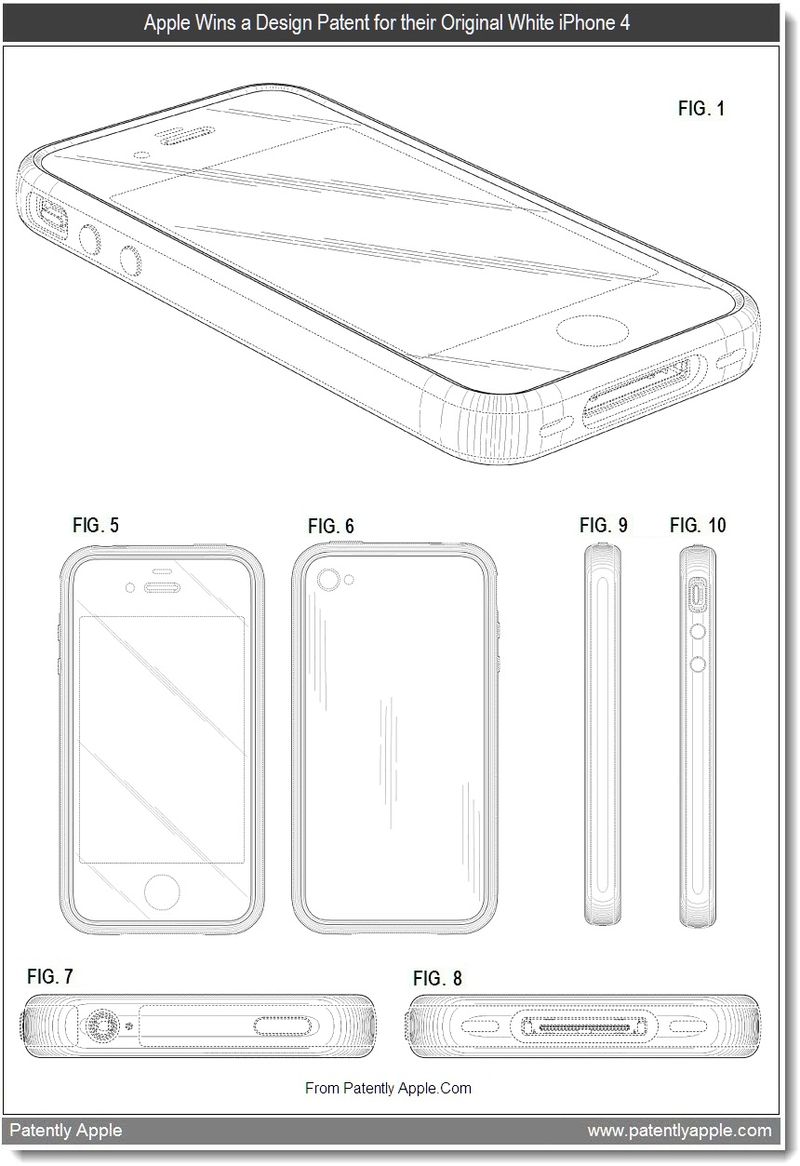 This failed design proves that Steve Jobs is only human after all and goofs just like the rest of us. Caution: Just don't tell him that to his face – ha!

Apple's second design patent win is for the iOS's Virtual keyboard. Shown below are the various layers associated with their virtual keyboard on an iPhone. 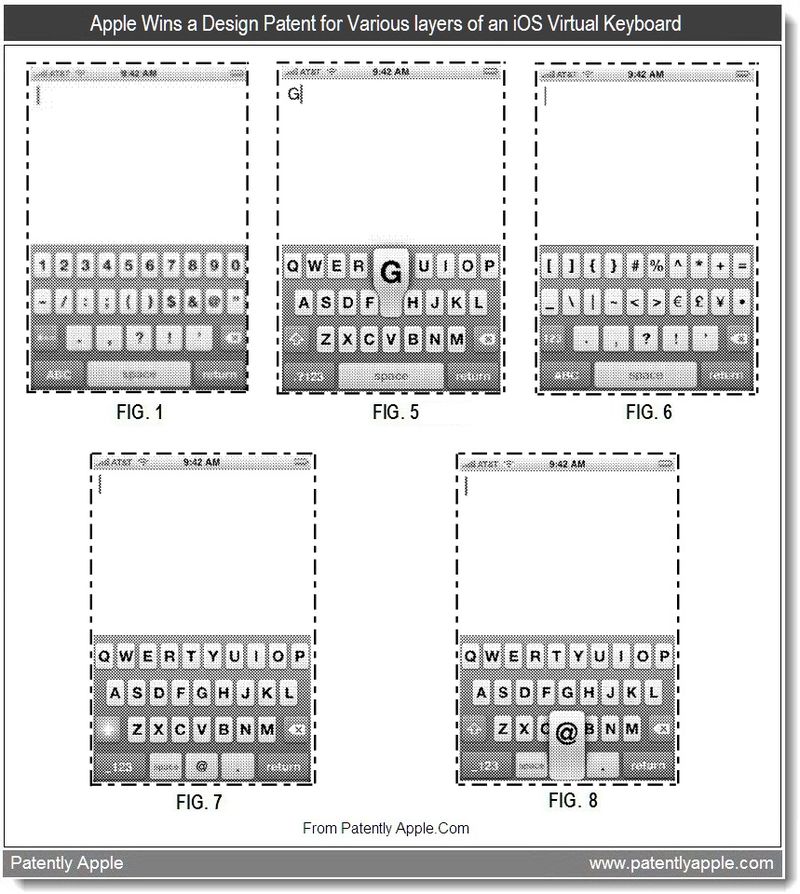 Apple credits Bas Ording as the inventor of granted patent D644,238 which was filed in November 2009. A related patent was filed in June 2007 just prior to the debut of the iPhone.

Apple's other design patent wins cover the iPhone's user interface along with five related icons covering Camera, Podcasts, Photos, Artists and Featured as noted in the graphic below" with their associated patent numbers. 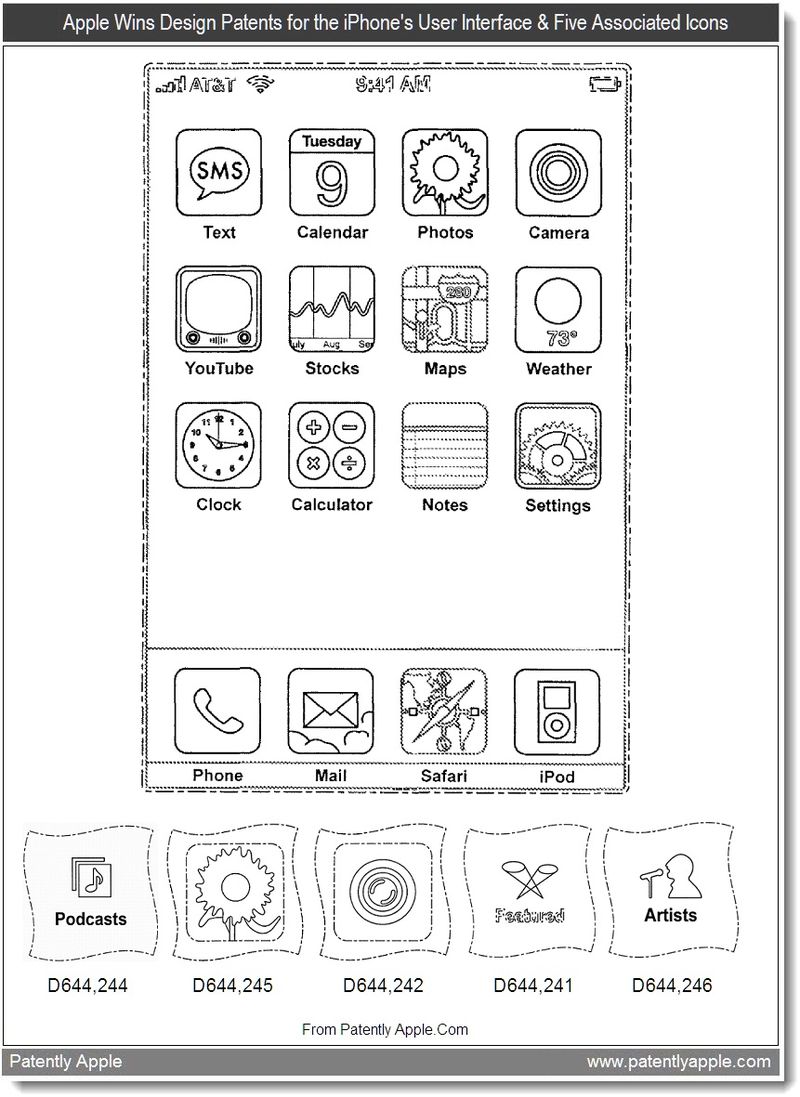 In these litigious times, every design patent victory is important to Apple, as the ongoing battle against Samsung proves out.