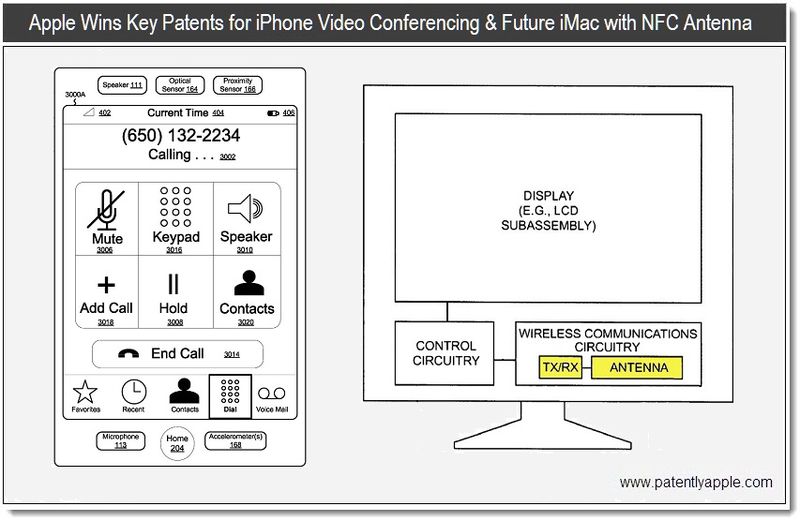 Apple Wins a Patent for a Display Integrating an NFC Antenna

In April 2010 Patently Apple began reporting on the NFC trend coming to Apple hardware. One of the first reports that we posted on this topic was titled "NFC iPhone to Control All of Your In-Home Electronics & More." One of the devices that were illustrated in that patent was an iMac – and in today's granted patent Apple focuses is on this specific NFC application once again and beyond. 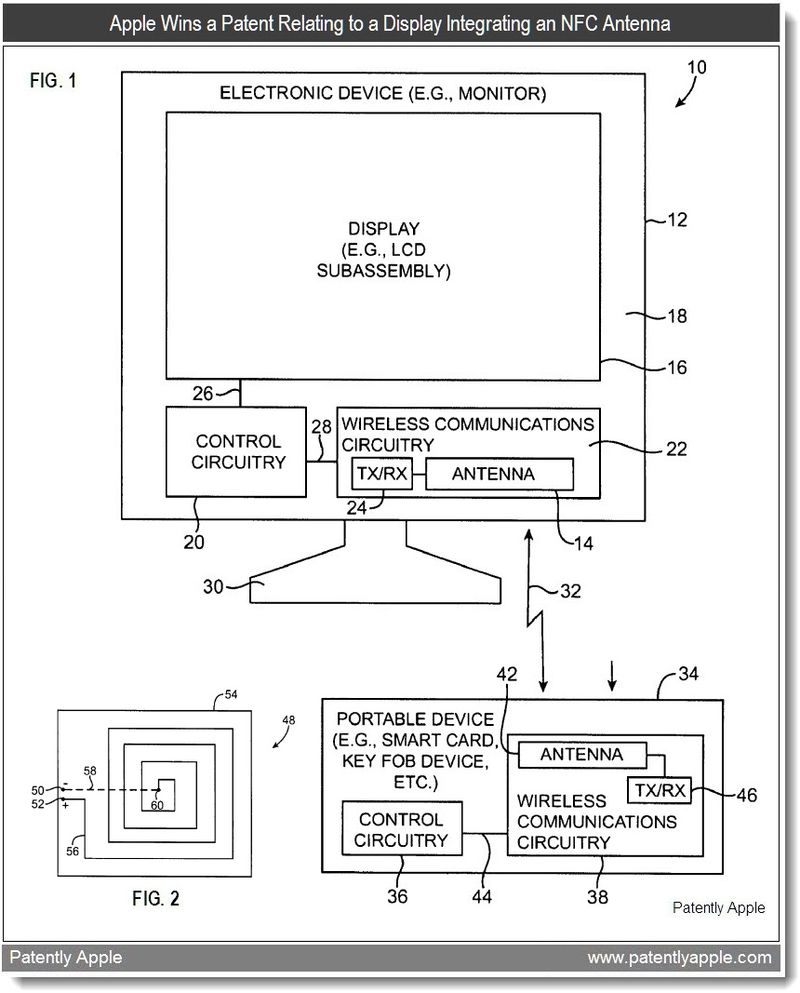 A Security Twist to NFC Applications

The main device # 10 shown in patent FIG. 1 above is that of an iMac (desktop display) which is in communication with device # 34 which could be an iPhone, iPod touch or any other iOS device, according to Apple's documentation. Additionally, device # 34 could even be a security device which could come in the form of a smart card, a key fob device or other suitable compact wireless device. Apple's patent FIG. 2 noted above is a top view of an illustrative antenna having a spiral conductor layout and a substantially square footprint.

Apple's documentation states that in this type of arrangement, the use of near field communications is advantageous because it requires that the security device be located within several inches of the iMac (device #10).

The iMac (device #10) may be placed in a particular location such as within the confines of a building with restricted access, near a point of sale terminal for a merchant, at a reception desk of a building, or other location which benefits from the short-range nature of near field communications. For example, device 10 may be placed within the secure confines of a building, so that only those users who are able to gain entry to the building will be able to bring portable device 34 into near field communications with electronic device 10.

As another example, electronic device 10 may be located at a merchant's point of sale terminal, so that an employee of the merchant (e.g., a cashier) will be present when a user makes an electronic payment or conducts other financial transactions. This subject matter was covered extensively in both our April 2010 and May 2010 reports.

Apple's documentation also states that If device 10 is located at a reception desk of an organization, a receptionist may be able to visually monitor visitors to an organization as they bring portable device 34 into communication with electronic device 10. And you know how we all like to be monitored, right? Ha!

Not limited to the iMac

According to Apples patent, electronic device 10 as shown above may be, for example, a desktop or laptop computer, a router, a kiosk, a point of sale terminal, industrial equipment (e.g., on a factory floor), medical equipment, a printer, a camera, a mobile telephone, a media player, a handheld computer or other handheld device, a hard disk drive enclosure, or any other suitable electronic equipment. For clarity, the present invention will sometimes be described in connection with electronic devices such as computer monitors.

To review Apple's claims, see patent 7,973,722. Apple credits Robert Hill and Qingxiang Li as the inventors of this Granted Patent. To review other Apple patents relating to NFC applications and technology, see our Archives.

Apple was granted an important iPhone patent on June 21, 2011 and today we see that Apple has won yet another such patent. This time around it relates to the iPhone's video conferencing capabilities and advanced interface used to control and manage video calls involving three or more people.

Initiating or answering a video conferencing call on a cell phone prior to the debut of the Revolutionary iPhone was a very complicated feature for average users. Apple's iPhone changed all of that. Apple's intuitive interfaces for managing a conference call between multiple parties are easy to use, configure, and/or adapt. Such interfaces increase the effectiveness, efficiency and user satisfaction with portable multifunction devices. 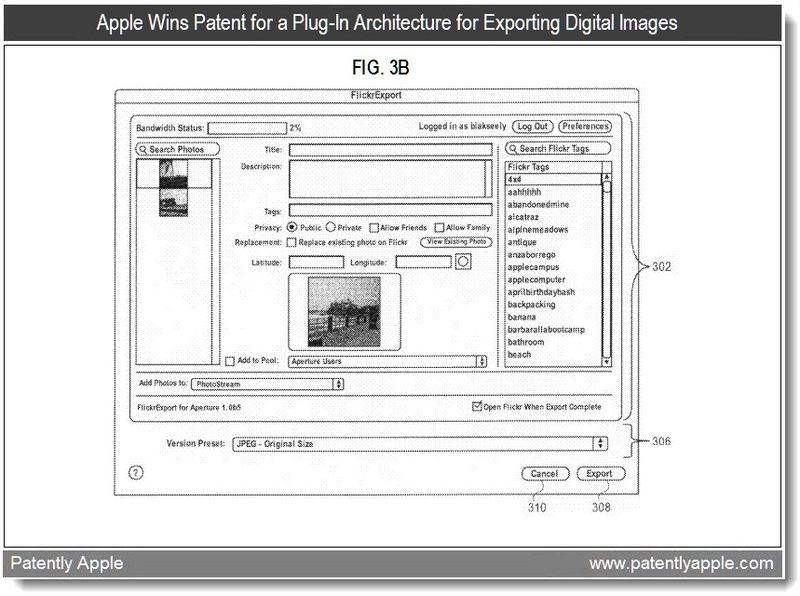 Music Synchronization Arrangement: Apple's granted patent was initially reviewed in April 2010. The patent relates to the tempo of music for workouts.

In Other IP News: Apple has filed for the "Smart Cover" trademark in the US. The specifics of this news could be found in our updated report found here. Elsewhere, Foss Patents reports today that "August 5 hearing on preliminary injunction against Samsung too early, judge tells Apple."