CNN's iReport is a citizen journalism initiative that allows people from around the globe to contribute pictures and video of breaking news stories from their own towns and neighborhood. According to Wikipedia, there were over 750,000 registered iReporters as of March 2011. That doesn't include other networks, blogs, community newspapers and so forth. This is a trend that's only going to grow over the coming years and it's a trend that Apple intends on tapping into. According to a new patent application that was recently published, Apple has invented two potential iPhone features simply referred to as "report" and "interview" modes. The new features creatively utilize multiplex video streaming techniques whereby dual cameras on the iPhone could automatically switch back and forth between interviewer and interviewee seamlessly for a live report. While Apple may be working on future iPhone features catering to iReporters, I think that their initial features will definitely capture the imaginations of iReporters everywhere.

The handheld communication device may be configured or programmed by its user to support one or more of the above-described features.

One of the key aspects of Apple's new patent application is squarely aimed at the modern day iReporter – Those in the public who capture a live event or incident anywhere, anytime, and then shares it with rest of the world via a website for greater distribution. It could be a citizen capturing a great photo of President Obama speaking at a rally or recording a coming tornado, live. Apple thinks that their latest invention will be able to assist iReporters that use an iPhone in many situations including live interviews.

What will it do and how will it Work?

Apple's proposed iPhone feature would be initiated by the user by either pressing a physical button positioned near the volume buttons or presented as a virtual button presented on the iPhone's UI as shown in our cover graphic. This particular feature that is generically referred to as the "auto-select" button allows the user to select the new "report mode." In Apple's patent FIG. 2 shown below we see a diagram illustrating a person using this proposed iPhone feature. 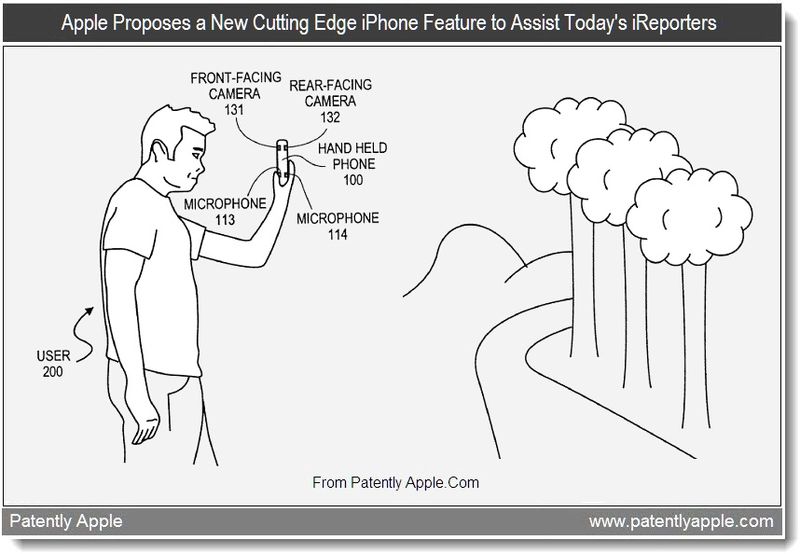 Apple states that the video could be transmitted live over various networks or recorded for later editing by the reporter at work or at home.

In Apple's patent FIG. 3 below we see a diagram illustrating a scenario in which a first person may activate the auto-select feature of the iPhone to select "interview mode." The interview mode could be used when a person is recording a conversation with another person or when there are several people participating in a video conference. 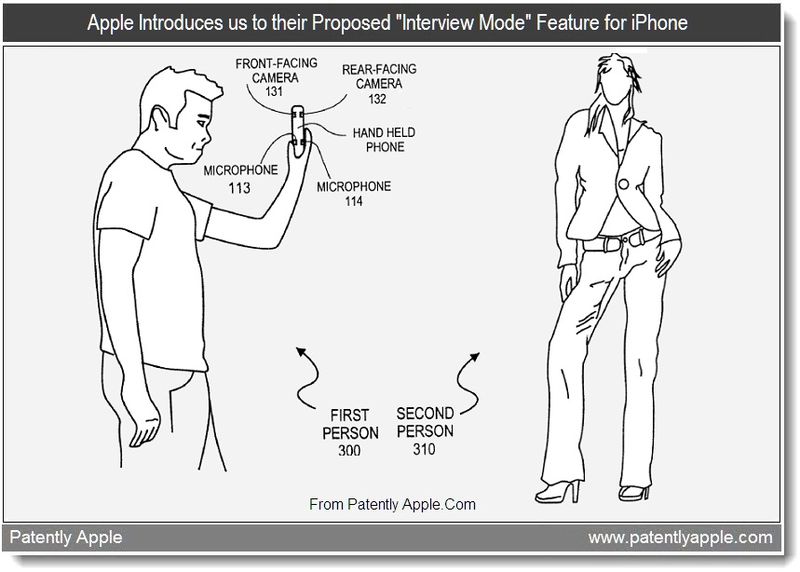 Considering that the camera switches back and forth between subject and interviewer/reporter, I think that it's a very cool feature that will appeal to both the amateur and professional reporter alike.

Apple's patent FIG. 5 noted below is a block diagram illustrating an embodiment of the video processing module 480 which is the brains behind these new iPhone features involving multiplexed video streaming. 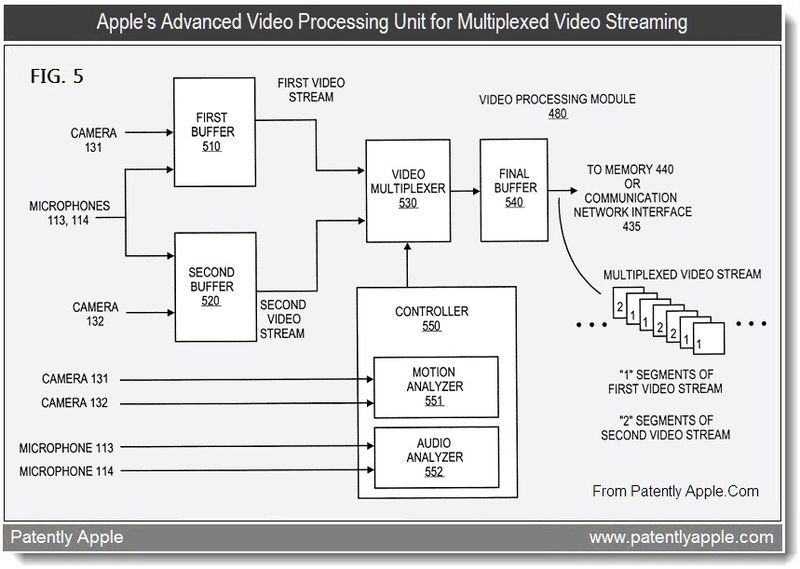 For those wishing to delve into the deeper side of the video processing unit which appears to control these new features, review patent points 032 through to 038. Apple's patent application 20110164105 was originally filed in Q1 2010 by inventors Jae Han Lee and E-Cheng Chang. It should be noted that although iReporter is a recognized CNN term, the general use of it in this report is referring to any Internet-Centric-Reporter. The only reference to iReporter in context with CNN is in our opening summery where it's properly identified as such. 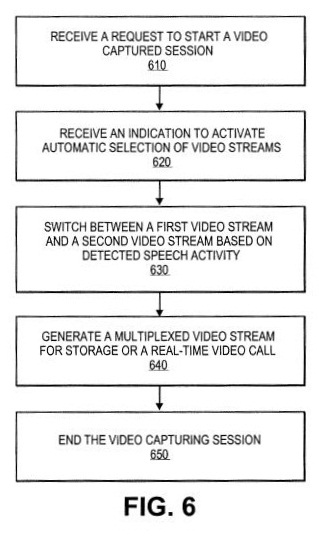