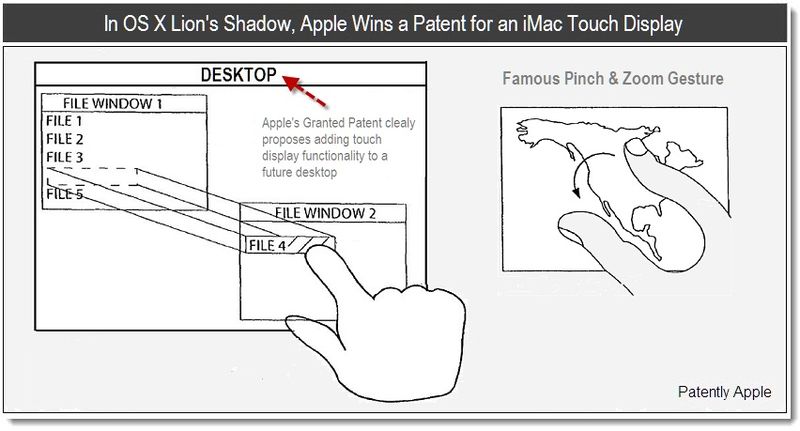 How appropriate it is for Apple to have been granted a major patent relating to touch displays for both tablets and an iMac touch. In the shadow of yesterday's World Wide Developer Conference where we once again saw that OS X Lion will borrow some of iOS's features – we are subtly reminded that we may also, one day, see an iMac Touch desktop emerge when the right technologies converge.

Apple has been granted a patent for a touch display system that clearly illustrates that it's to cover both an iMac Touch (desktop) and tablets. Apple's patent was originally filed in 2007 just prior to the official launch of the iPhone. The concept of a touch display for a desktop was then further advanced late last summer when Apple's proposed iMac Touch desktop system was revealed. With OS X Lion slowly adding iOS features, we may one day see such a system emerge.

As desktops like the iMac run cooler, get thinner and lighter due to next generation architectures like Haswell, the idea of an iMac Touch desktop seems more likely over time. Furthermore, another round of Apple patents surfaced last month that hinted at a possible future hybrid system.

Without a doubt the concept of a hybrid system is definitely being bandied around in Apple's research labs and Apple's granted patent Figures below bear that out. Whether the concept ever breaks out of the lab and materializes commercially is another matter that only time will tell. 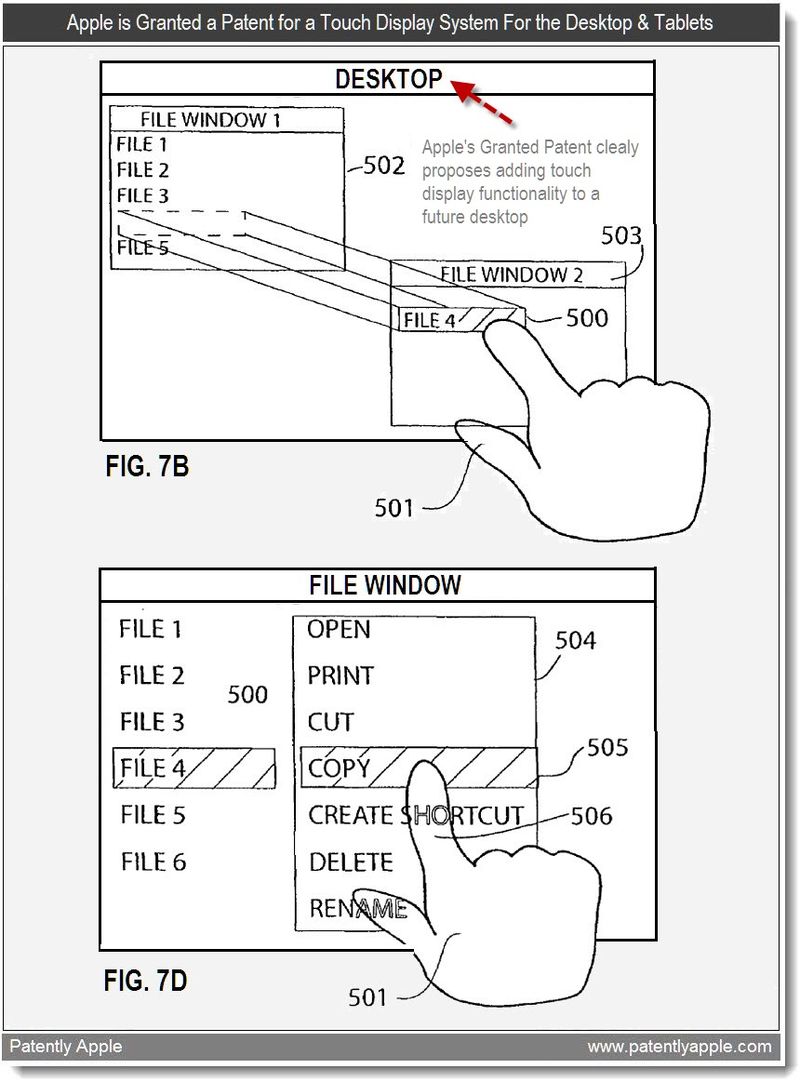 Apple's patent covered a touch display centric video editing app that included sound editing and Apple's now famous page-turning feature for iBook which is the best in the industry. 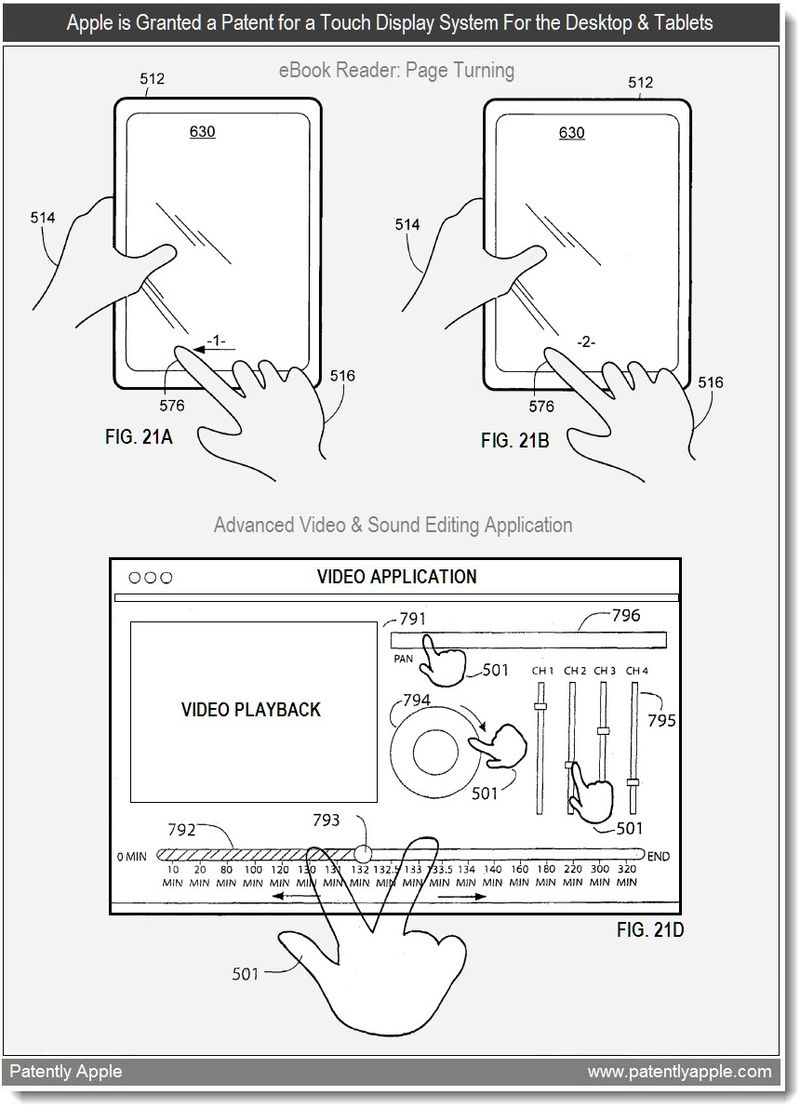 Apple's patent covered a range of gestures including their famous Pinch to Zoom gesture as well as a series of touch related applications covering photo management (iPhoto), a photo editor and a DJ music app that the developer Algoriddim ended up delivering for the iPad, iPhone and more. 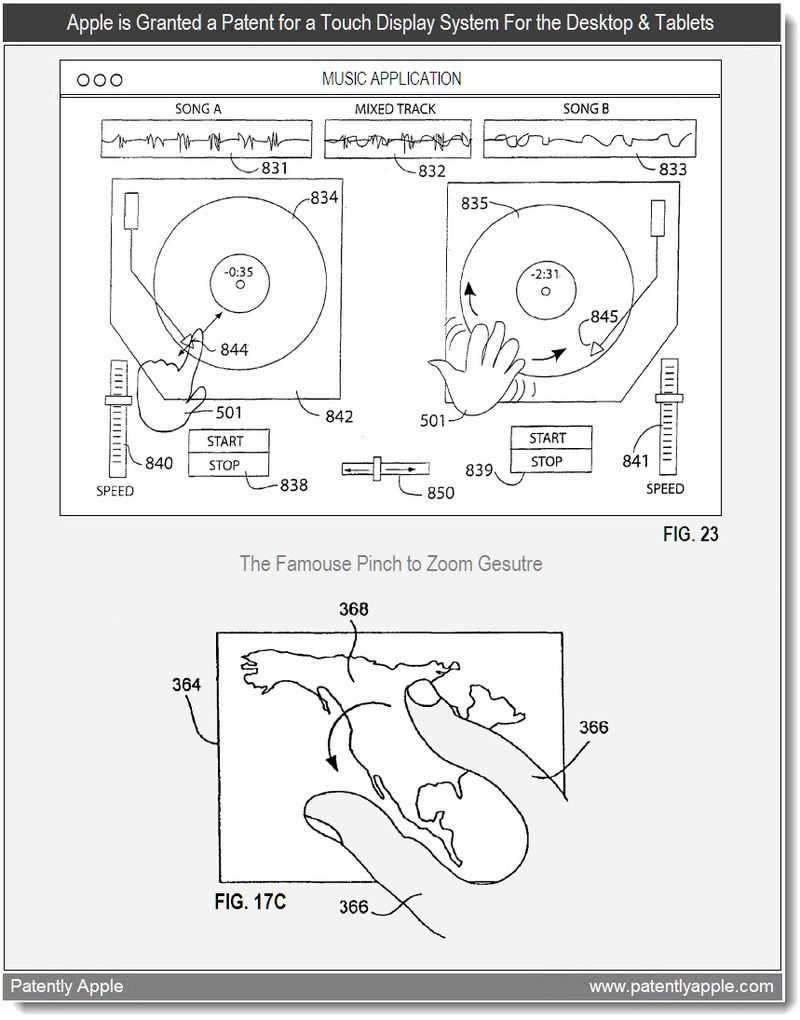 Technically speaking, Apple's patent covers a system, method, and software for implementing gestures with touch sensitive devices (such as a touch sensitive display) for managing and editing media files on a computer system. Specifically, gestural inputs of a human hand over a touch/proximity sensitive device may be used to control, edit, and manipulate files, such as media files including without limitation photo files and video files.

Today, the US Patent and Trademark Office has granted Apple design patents for their earphones and 2009 MacBook which sported the older styled trackpad. 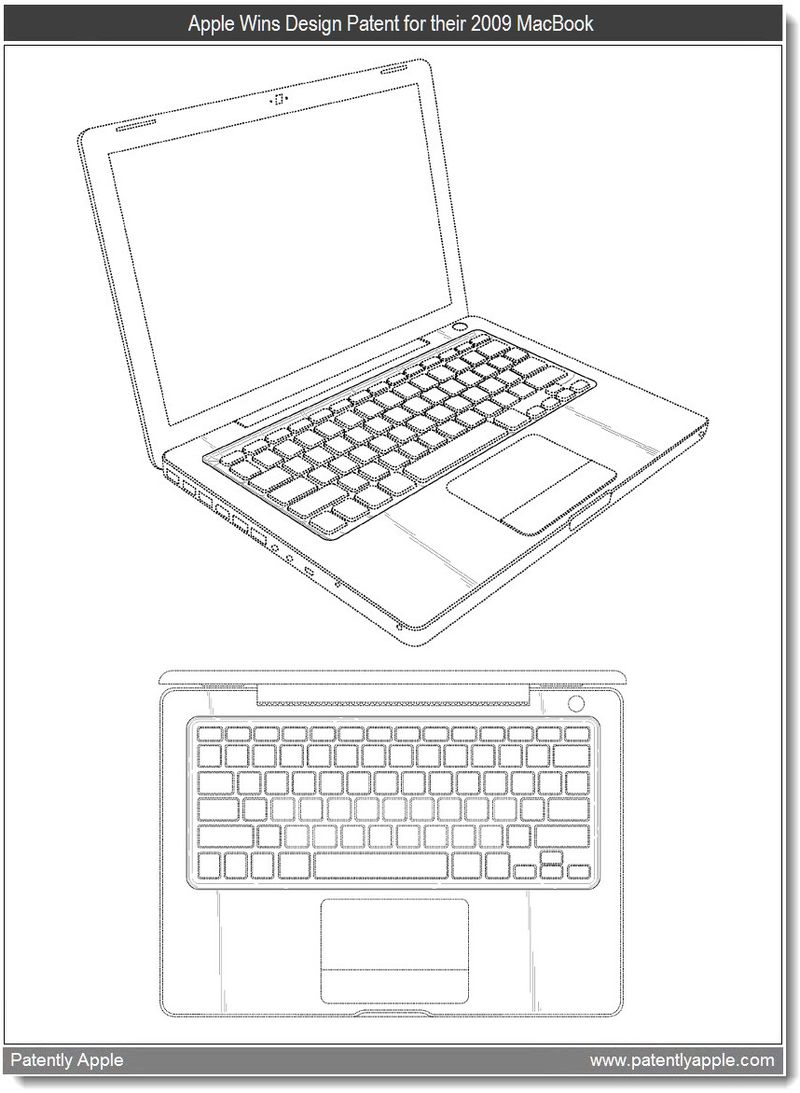