On June 3, 2011, Apple's iCloud Trademark was added to China's trademark database under application 301932606. The trademark covers a total of eight International Classifications which is less than the twelve classes that were filed in Europe earlier this week. The flurry of activity surrounding all-things iCloud this week has been at a fever pitch as Apple sowed up some last minute details to secure the iCloud.com domain and signed last minute music label deals so that their Music Cloud service would be at its finest. We even got a sneak peek at Apple's new iCloud logo which appears to be MobileMe's Logo reborn. Without a doubt, Apple's World Wide Developer Conference next week is going to be a blockbuster event. 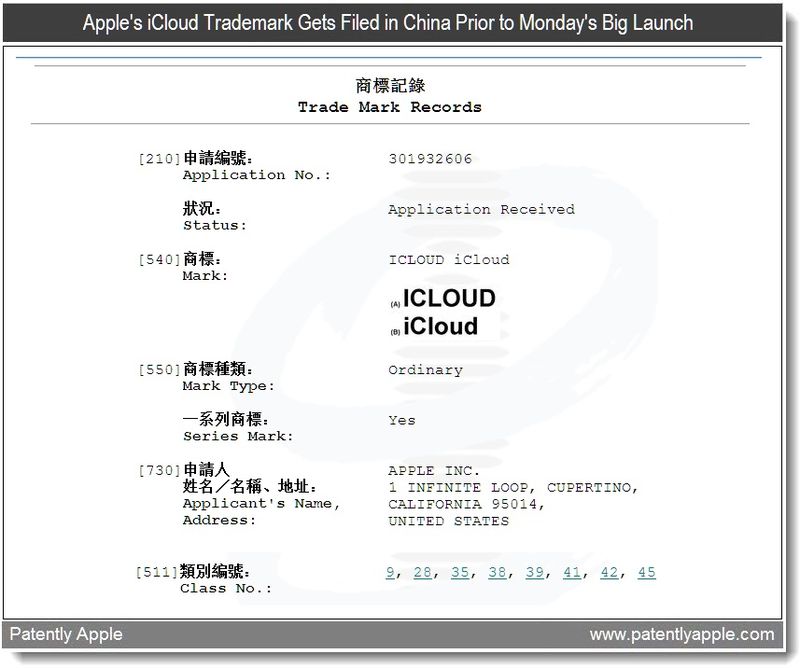