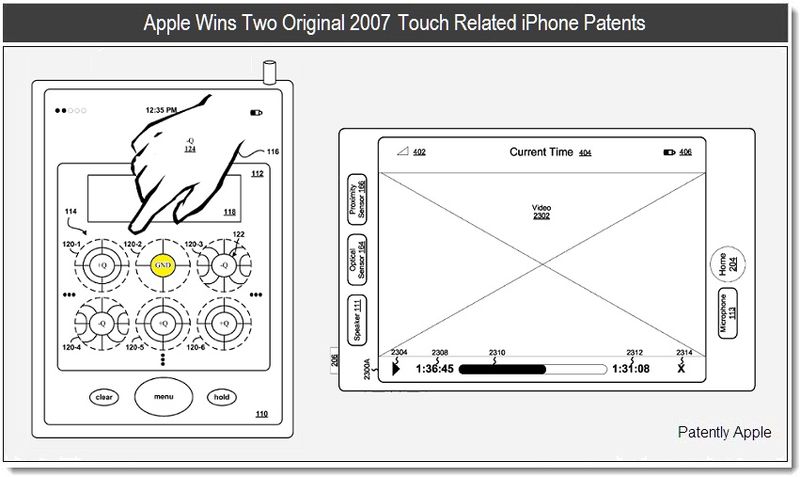 The US Patent and Trademark Office officially published a series of 18 newly granted patents for Apple Inc. today. In our first granted patent report of the day we covered Apple being granted a major patent relating to both tablets and a possible future iMac Touch Display. In this second granted patent report of the day we cover two original 2007 touch-related iPhone patents that kick-started the smartphone revolution in earnest. One covers Apple's iPhone display using an electrostatic model for functionality and the other covers how content including video, switches between portrait and landscape modes.

When Steve Jobs introduced the iPhone back in the summer of 2007, he described the traditional smartphones of the day as not being all that smart. At that point in time, traditional smartphone OEMs were adding more and more physical pushbuttons, overloading the functions of pushbuttons, or using complex menu systems to allow a user to access, store and manipulate data. Those conventional user interfaces often resulted in complicated key sequences and menu hierarchies that had to be memorized by the user.

Apple's revolutionary iPhone did away with all of that, and today's patent titled "Portable electronic device with content-dependent touch sensitivity," illustrates how Apple remedied those problems with a touch sensitive display for use with your fingers. 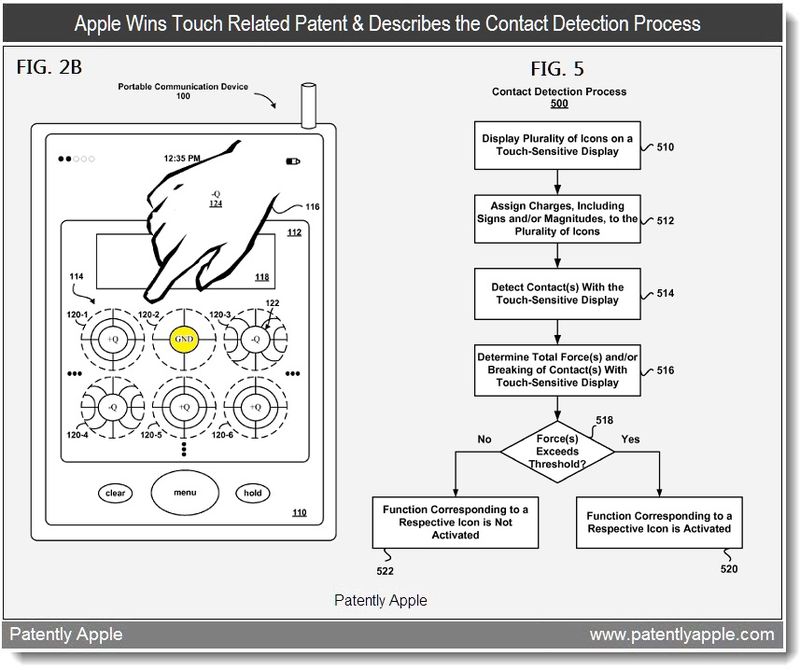 Some of the Patent's Key Points

Apple is Granted a Patent for their iOS Device Video Manager

Apple has been granted another original 2007 patent relating to the iPhone (and now other iOS devices) which covers a multifunctional device with multiple modules, programs or sets of instructions stored in the memory for performing multiple functions.

The user interacts with the GUI primarily through finger contacts and gestures on the touch-sensitive display. In addition to digital video playing, the functions may include telephoning, video conferencing, e-mailing, instant messaging, blogging, digital photographing, digital videoing, web browsing, and/or digital music playing. Instructions for performing these functions may be included in a computer readable storage medium or other computer program product configured for execution by one or more processors. 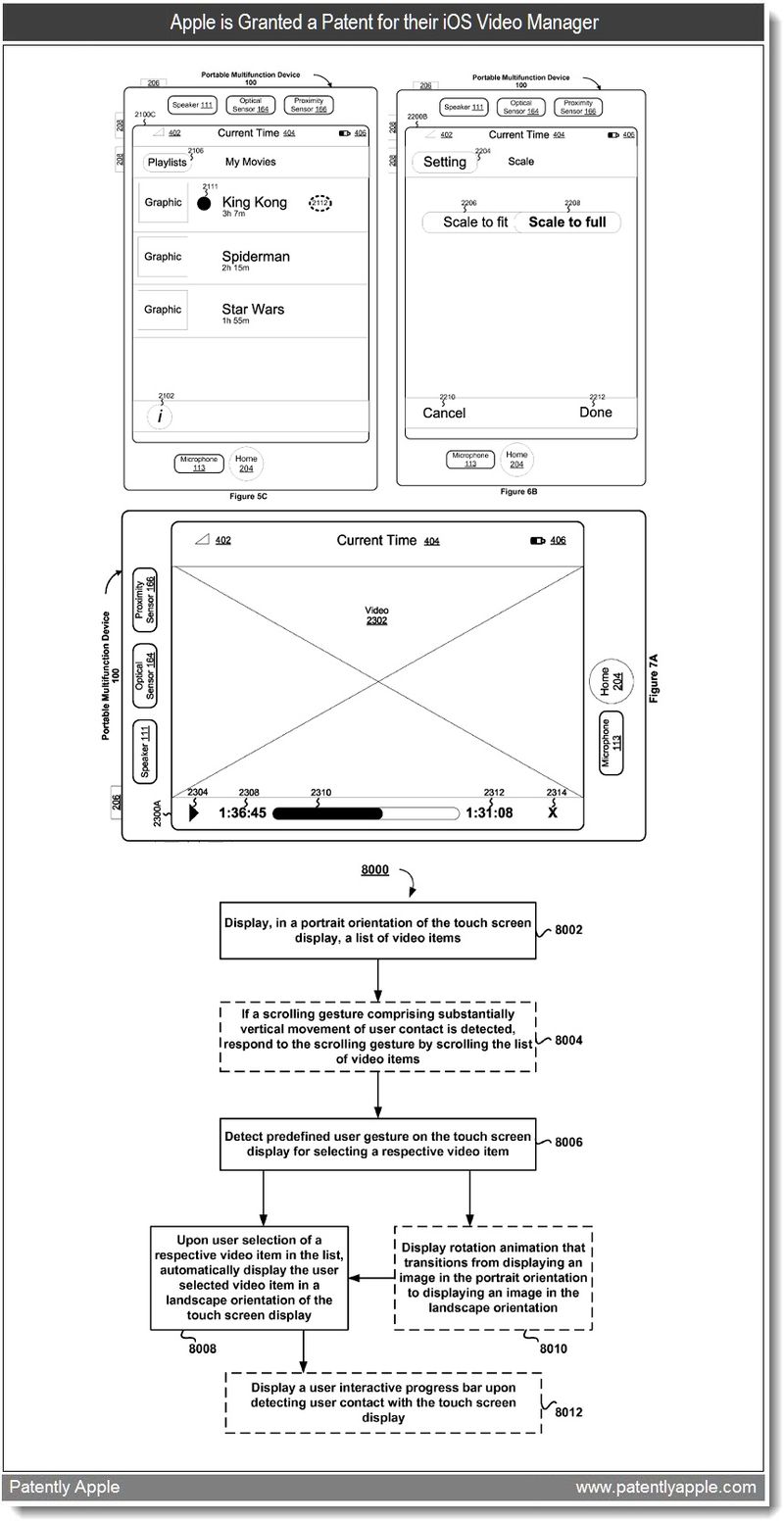 Three of today's major touch related patents are definitely going to provide Apple with more ammunition for their ongoing legal battles with likes of Nokia, Samsung and Motorola.

Management of Files in a Personal Communication Device: Apple' s granted patent goes all the way back to 2005. It covers how the iPod's user interface assists a user in retrieving and accessing stored files. The patent covers scrolling, working with playlists and all manner of accessing your media files on a media device.

Media Management for Groups of Media Items: This granted patent also goes back to 2005 and relates to the iTunes Application where you purchase,  import, burn, share, store and set music up in playlists and so forth. It may have taken six years to get approved, but this could really be an important patent going forward in protecting Apple's online "Stores" in legal cases.