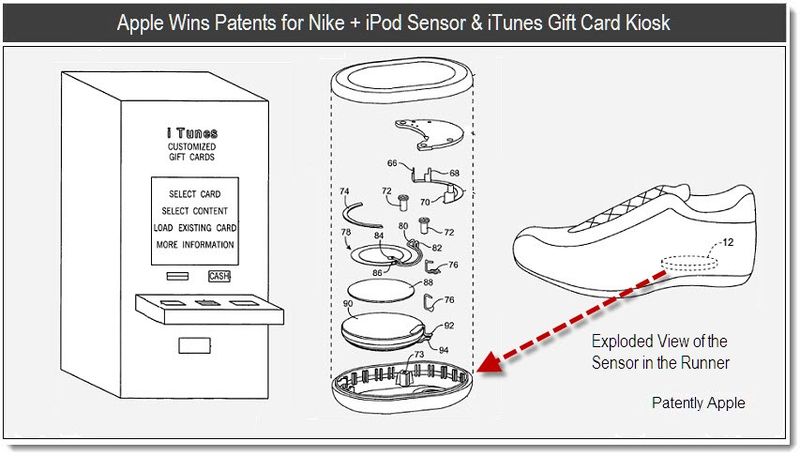 The US Patent and Trademark Office officially published a series of 15 newly granted patents for Apple Inc. today. In today's second granted patent report we cover Apple's technology that's behind the Nike+iPod sensors and antennas in addition to a patent covering Apple's methods for gift card customization. The patent also covers an iTunes Customized Gift Card Kiosk which has yet to surface in the marketplace.

Apple has been granted a patent for custom content gift cards that also covers an automated iTunes Kiosk as illustrated below. Apple's related patent application was reported on in detail back in April 2010.

Apple has been granted a patent for the primary technology behind the Nike + iPod program which includes a special transceiver that is embedded in a running shoe. Apple received their first granted patent on this technology in November 2009. 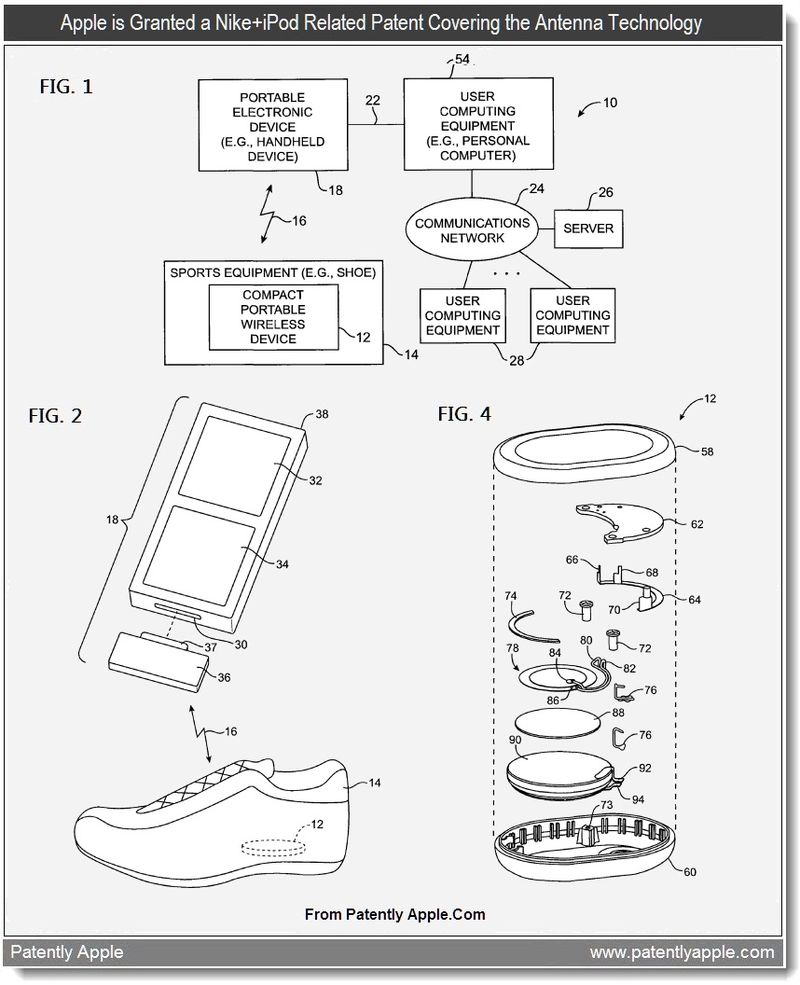 Apple's patent FIG. 4 is an exploded view of an illustrative compact portable wireless device which Apple calls the sensor that goes into the Nike + Shoe. The sensor communicates to receiver that attaches to an iPod. The more updated iPhone's and iPod touches include the receiver without a separate pluggable receiver being required.

Method and apparatus for distributing a thermal interface material