A new patent application from Apple this morning reveals that they began working on new security features for "Find My iPhone" shortly after the first iteration was revealed back in 2009. The next generation security features are noted as being proactive in nature. The user will be able to preselect certain files to be protected in the event their device is lost or stolen and introduces ways of securely scrambling information instead of wiping it out to make retrieval easier. Other interesting features are also being considered and are covered in today's report.

Mobile devices, such as phones and media devices, have a high risk of being lost or stolen. If a mobile device is stolen, the information contained on the device could be accessed. Various security methods have been developed to prevent unauthorized access of information stored on mobile devices. Some methods will encrypt the data to prevent access. Simple encryption ciphers could be broken and more secure encryption techniques are also more complex and thus require more resources that may not be available on some devices. Other security methods allow a remote wipe command to be sent to the mobile device over a network. The remote wipe command, however, wipes out all the data on the mobile device accept a boot file. This forces the user to have to restore the wiped data, which could be inconvenient and time consuming for the user.

A mobile device could proactively determine whether the mobile device is associated with a security risk and the level of the security risk. Just as with Find My iPhone today, the user could remotely set a passcode lock and block an unauthorized user from activating the phone. What's new here is that if multiple failed password setting attempts are detected, the mobile device could determine that the device is currently being operated by an unauthorized user, and could proactively increase a security level of the device.

Scramble Data Instead of Wiping it Out

Access to function and programs stored on a lost or stolen mobile device could be selectively limited before the device is recovered. For example, functions that could incur costs to the user (e.g., long distance phone calls, text messaging, and data access) can be disabled. Security breach to corporate network could be prevented, for example, by changing the VPN settings upon detection of security risk.

Of course recording the voice of thief could assist the user in any court case should it be required. Apple's patent FIG. 1 shown below illustrates the recording of the unauthorized user's voice. 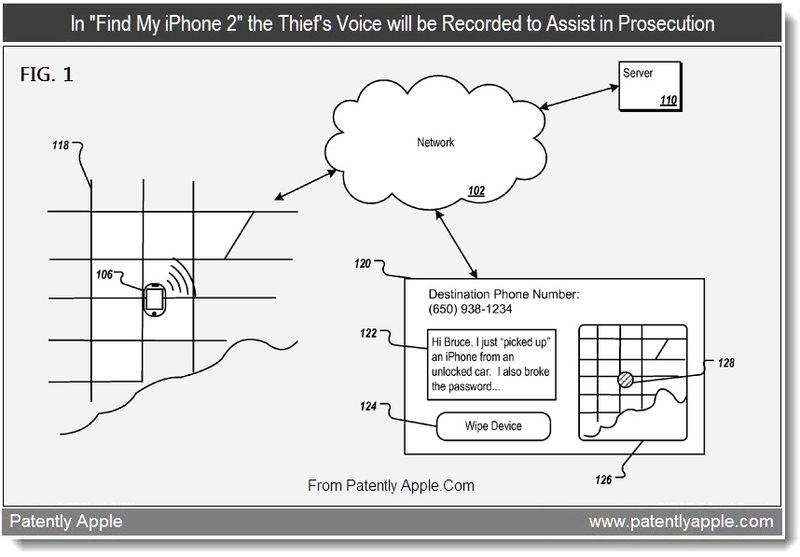 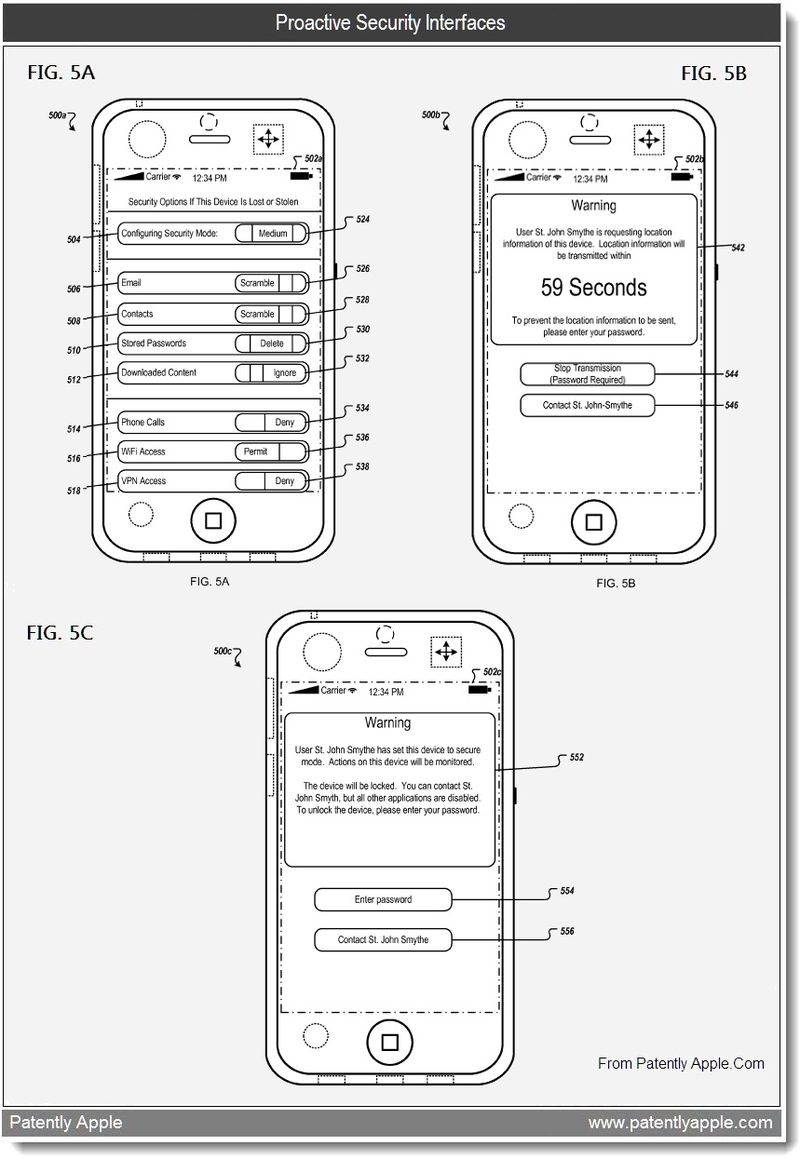 An authorized user who knows the password of the mobile device could interrupt the count down by, for example tapping on button 544 to enter the password. The user could also contact the person requesting the location by tapping button 546. Upon tapping button 546, a call could be made to a default destination number. In addition, button 546 could activate a messaging interface such that the current user of the mobile device could communicate with the requester (e.g., by opening a chat window on the mobile device and on user interface of the requester). If the current user does nothing, location information could be transmitted at the end of the countdown as indicated in messaging area.

Today's published patent application from Apple was originally filed in Q4 2009 after the original Find My iPhone feature was introduced. The sole inventor is noted as being Hooman Borghe. Also see Apple's other security patents in our Security Archives. 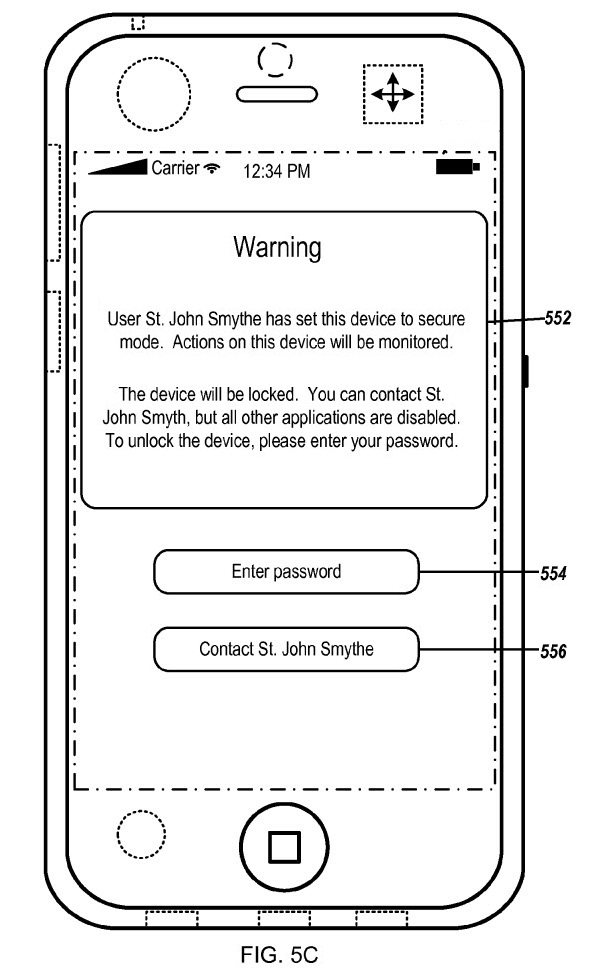 Apple is trying to improve on securing the data if your iPhone is left in a ... bar .... being that an Apple engineer couldn't figure out that Gizmodo had his phone. That was a motivator for Apple to dream this up. Next up, electrocute unauthorized users. Mildly, of course.