On June 17, 2011, the US Patent & Trademark Office published documentation relating to the legal transfer of the "Airdrop" trademark from Urban Airship to Apple. Urban Airship was only granted their certificate of registration last month which put a little pressure on Apple to acquire it, pronto. On this same day, Patently Apple has discovered that Apple has filed applications for their AirDrop trademark in China and iCloud related service "Photo Stream" in Canada. The latter may act as Apple's priority filing. Updated July 26, 2011.

As illustrated below, the US Patent Trademark Office issued Urban Airship a Certificate of Registration for Airdrop on May 11, 2011 or about a month prior to Apple's World Wide Developer Conference. 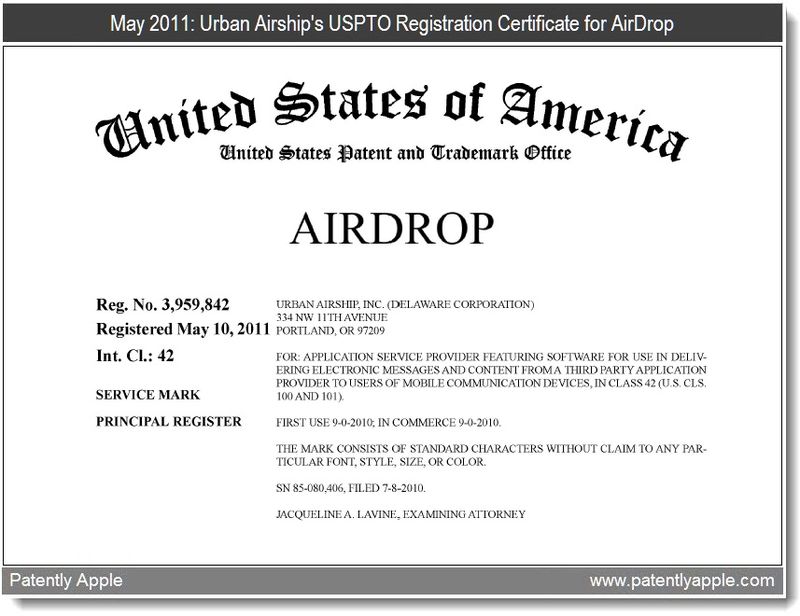 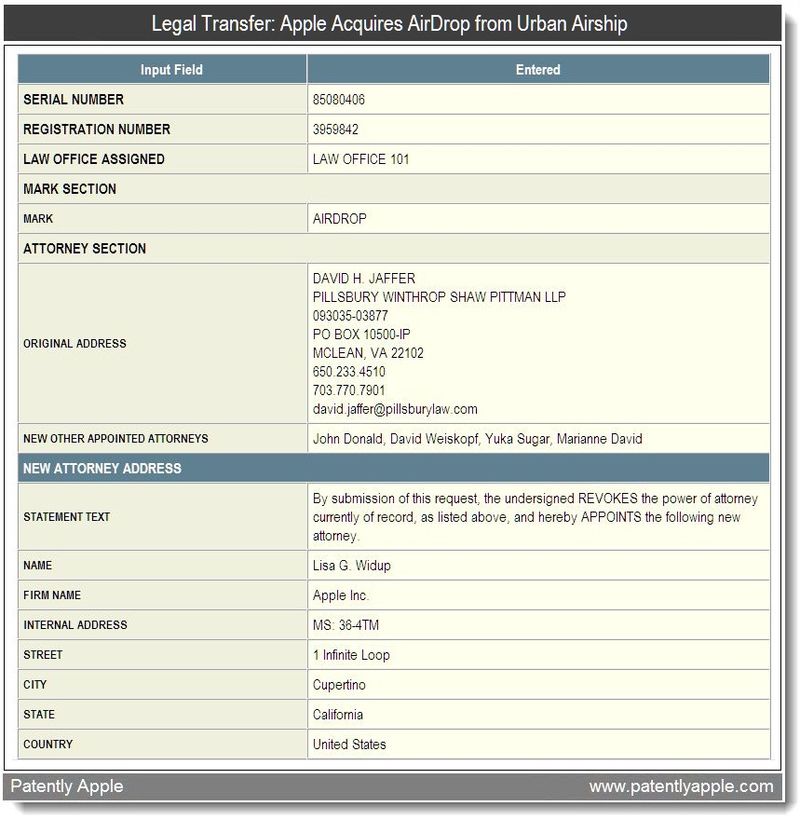 The document states: "By submission of this request, the undersigned REVOKES the power of attorney currently of record, as listed above [David Jaffer representing Urban Airship], and hereby APPOINTS the following new attorney [Lisa Widup representing Apple]…" The document is dated June 9, 2011. This is legalese for the trademark has been officially transferred to Apple. Understandably, there was no financial transaction disclosure made available with this transfer. . 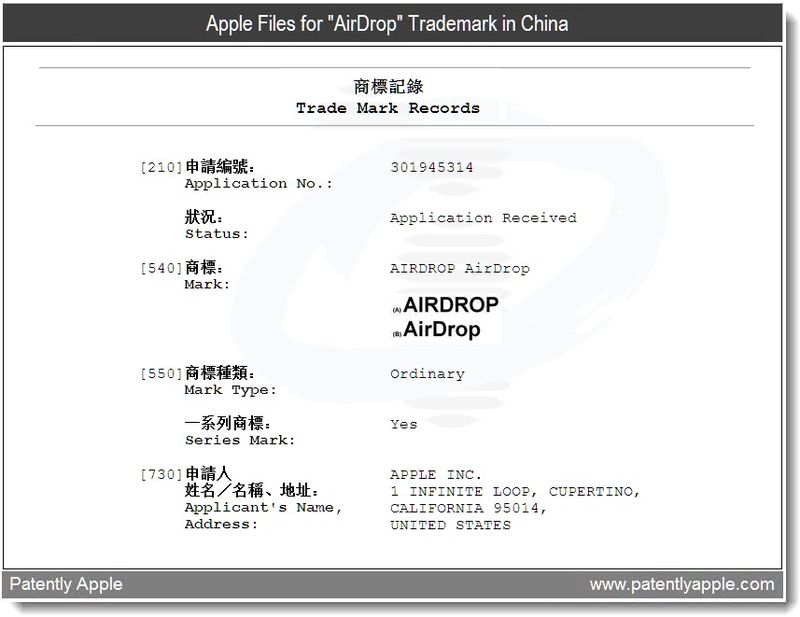 Interestingly, while Apple filed for AirDrop in China today, the documentation states that Apple's priority filing was made in Jamaica on January 24, 2011 under application numbers 57316 and 317.

Apple's AirDrop will debut with OS X Lion this fall. It'll provide users with an easy way to wirelessly share files with people nearby with no Wi-Fi network required and no complicated setup or settings to establish.

Apple has filed AirDrop under International Classes 9, 38 and 42 which covers such things as personal and handheld computers, mobile phones, telecommunication services and Apple as an Application Service Provider (ASP). Update #1 - June 22, 2011: Apple filed for Airdrop trademark in Canada under application 1530569.

In other Apple IP news, Apple has filed for Photo Stream in Canada under application 1530567 covering all manner of computers and telecommunication services. The application didn't list any priority filing information which may indicate that the Canadian filing will act as such going forward. Time will tell. 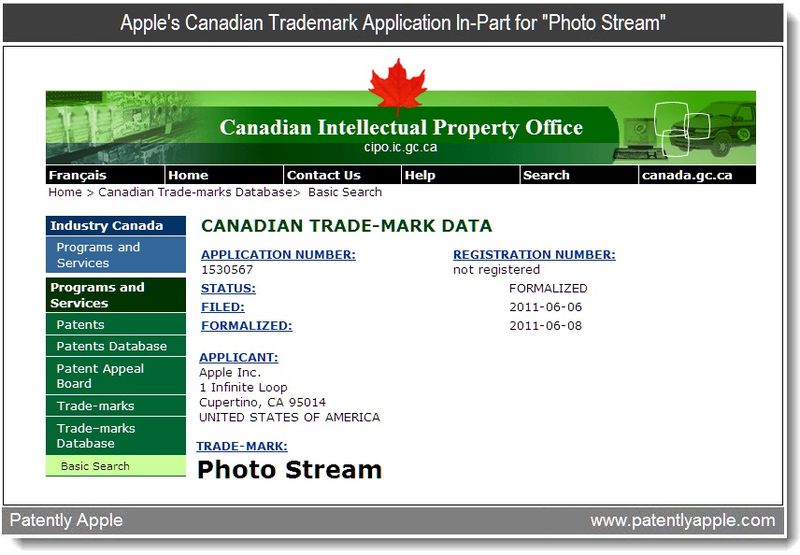 Apple's Photo Stream will be associated with their forthcoming iCloud services. Photo Stream is just one of the services included which will allow you to instantly share new photos with all or your devices instantly without requiring the user to sync photos to individual devices one at a time.