The US Patent and Trademark Office officially published a series of 15 newly granted patents for Apple Inc. today. In our first report of the day, we cover Apple's patents relating to Light Transmissive & Ambient Light Display technology as well as Apple's latest design patent win for MagSafe.

Apple has been granted a design patent for Magsafe which appears to be associated with Apple's fire resistant design that was published in April. The design differs from their January 2010 design win. 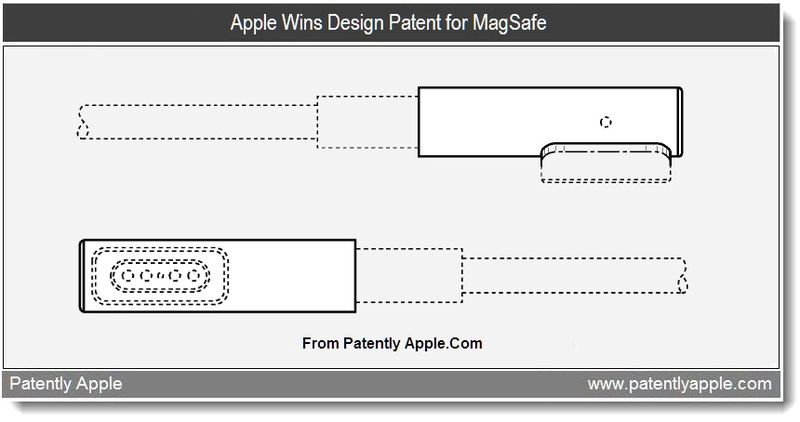 Apple has won their second patent relating to a Light Transmissive Display System. Their first win came in February of this year. Apple credits John Payne as the sole inventor of Granted Patent 7,960,684 originally filed in Q3 2007. Other patent reports covering this technology: one, two.

Apple has been granted a patent relating to methods for modifying a display's brightness by automatically adapting to ambient lighting conditions. 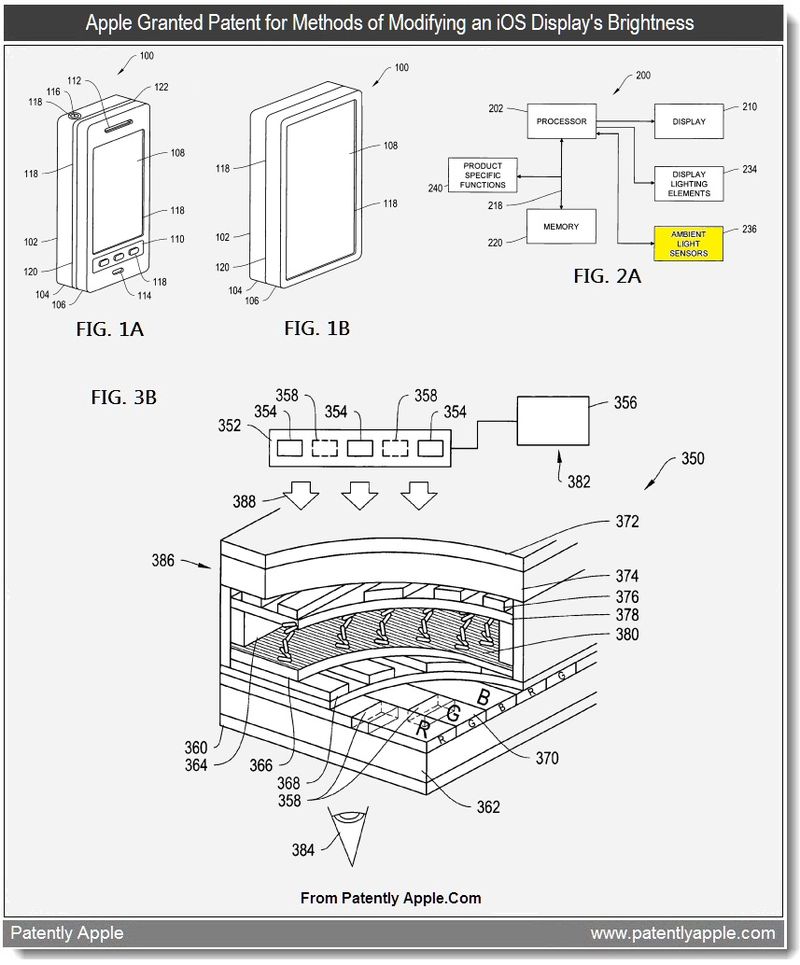 Apple's patent FIG. 3B is a diagram of a LCD-based display system including a backlight, embedded light sensors, and a backlight controller that controls the brightness of the light emitted from the backlight.

For more details on this patent, see granted patent 7,960,682. Apple credits Bryson Gardner as the sole inventor of this patent which was originally filed in Q4 2007.