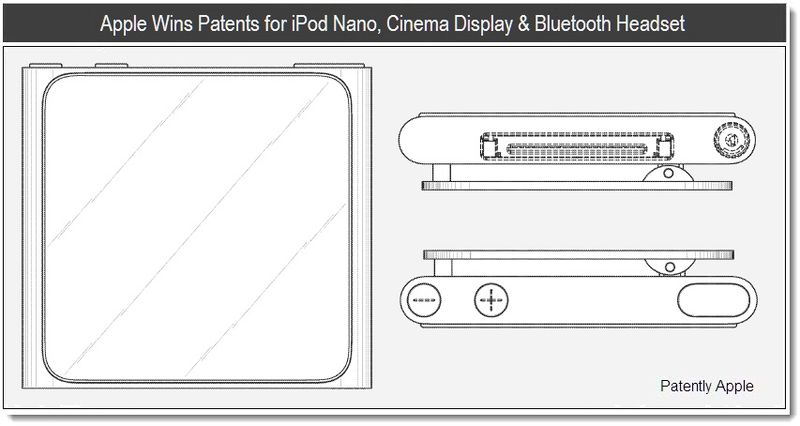 The US Patent and Trademark Office officially published a series of 9 newly granted patents for Apple Inc. today which included three design wins for Apple's 27" Cinema Display, iPod nano and more. Yet the key granted patent of the day goes to Apple's original iPhone Bluetooth headset that just might return to market at some time in the future.

Apple has been granted design patents for their redesigned 2010 iPod nano, their original iPad case and their all-new 27" Cinema Display. 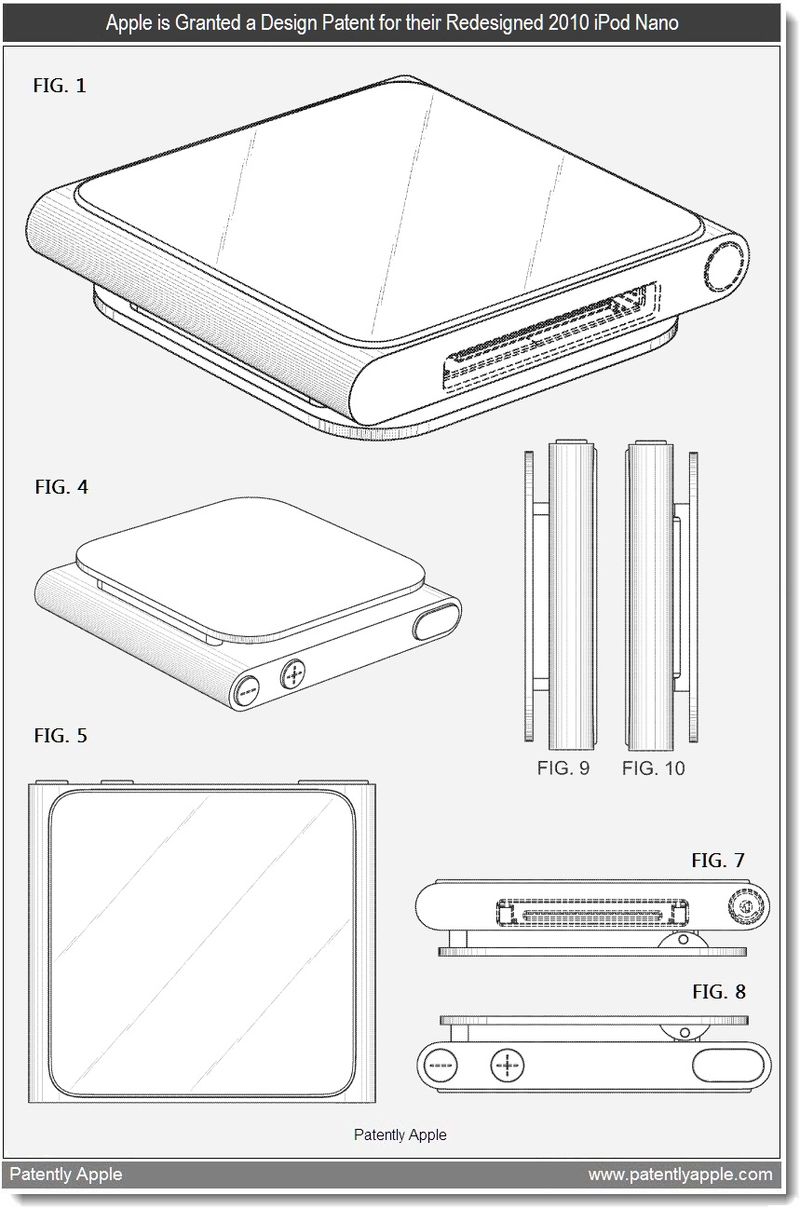 Apple's 2010 redesigned iPod nano was completely redesigned and remixed for fingertips. Additionally, Apple's first 27-inch LED Cinema Display debuted with an incredible supersized view of 2560-by-1440 resolution with LED backlighting for instant-on brightness and an amazing 178-degree viewing angle. Its design, image quality and features are well ahead of anything from the competition. 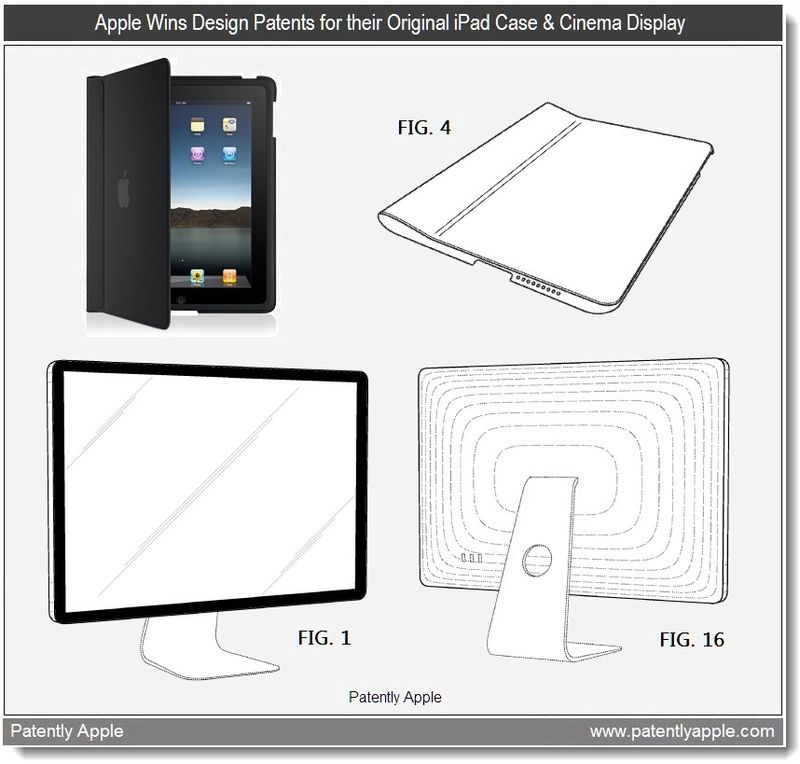 When Apple reinvented the phone with iPhone, they also introduced a stylish compact Bluetooth headset which is now defunct. Apple details their design in granted patent 7,942,678. Although the patent has a history going back to 2007, it should be noted that Apple re-filed their patent with new details in August 2010. While it's unknown at this time as to whether Apple will reconsider a comeback for this product with improvements and/or refinements – we should point out that Apple filed a related patent back in 2009 which focused on adding a media player and tiny LED display to the unit. Adding a media player to the headset is likewise echoed in their latest granted patent. At the end of the day, Apple's re-filing of this patent for a defunct product just might be a sign that this device may yet resurface refined and repurposed at some future point in time. Time will tell. 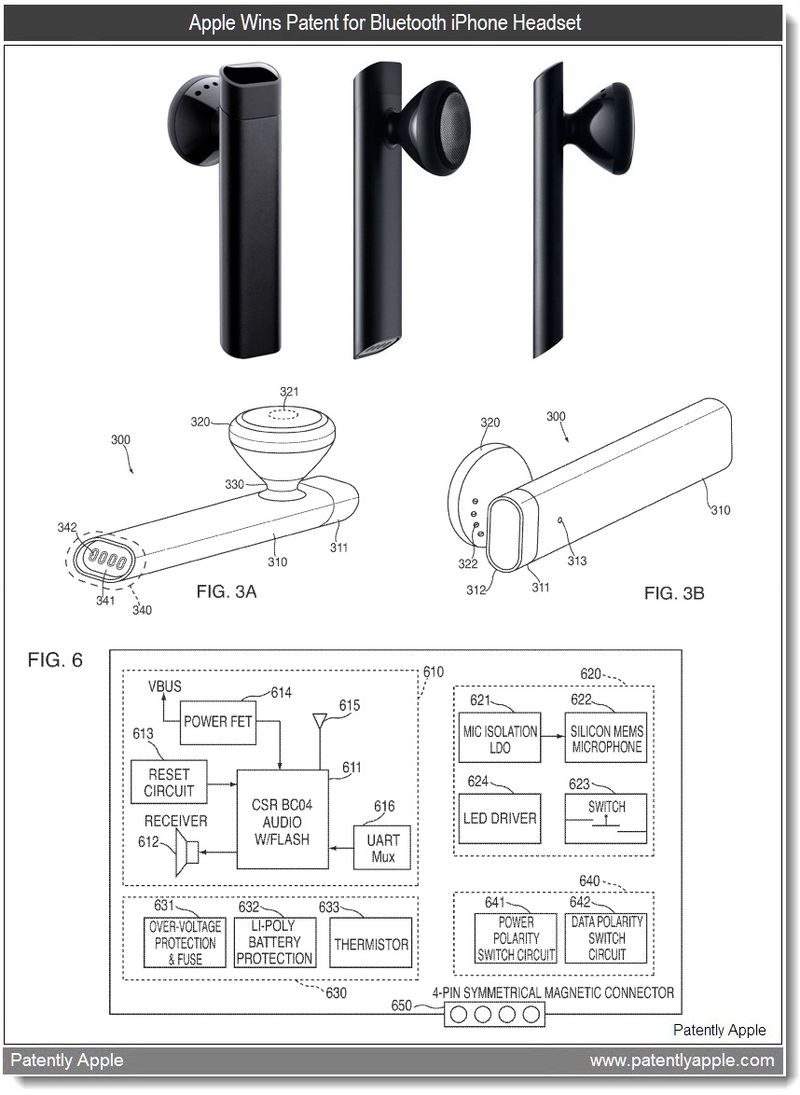 Apple's Other Granted Patents of the Day