The US Patent and Trademark Office officially published a series of thirteen newly granted patents for Apple Inc. today. Several notables within this group include a couple of MacBook Air design patents, a couple of iMac related patents and even a patent for the touch controls that Apple first released with their now defunct "Cube" desktop. Lastly, Apple has won an interesting patent related to Magnetic Detents which could be found in several current products.

Apple has been granted a patent for touch controls that were first introduced with their now defunct Cube desktop system back in 2000. The Cube's unique touch controls were located on the Cube itself as well as on the accompanying display. 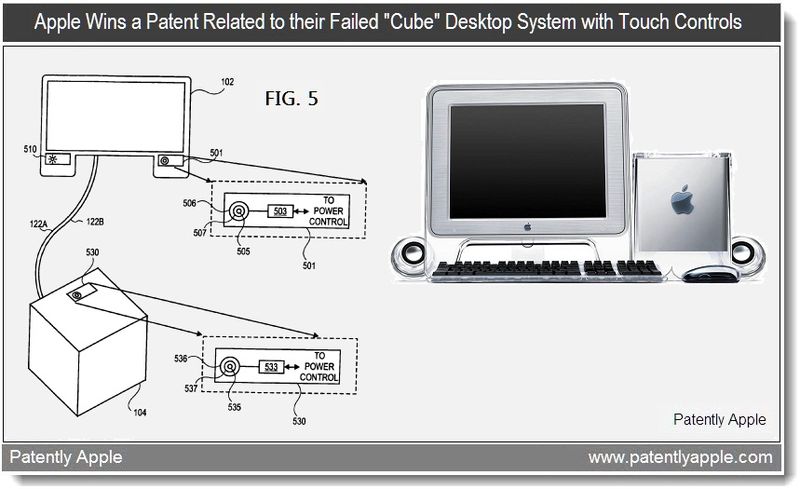 Most of the critical components found in Apple's iMac such as the motherboard, memory, etc., are enclosed within a small interior space. Modification, upgrading and repairs of such a computer require access to the components within this interior space, which is enclosed on all sides. In the case of the iMac computer, for example, the interior components are accessed by means of case screws.

Accordingly, what is needed is a method and system for opening a device easily and quickly, without the possibility of damage to the computer, display, or device. The method and system should be easily implemented, adaptable and cost-effective.

Apple's invention addresses such a need. The one or more latches within the iMac could be released from the one or more protruding members through the use of a magnet. Apple has won a second iMac related patent relating to the iMac's Stand Hinge which is illustrated below. 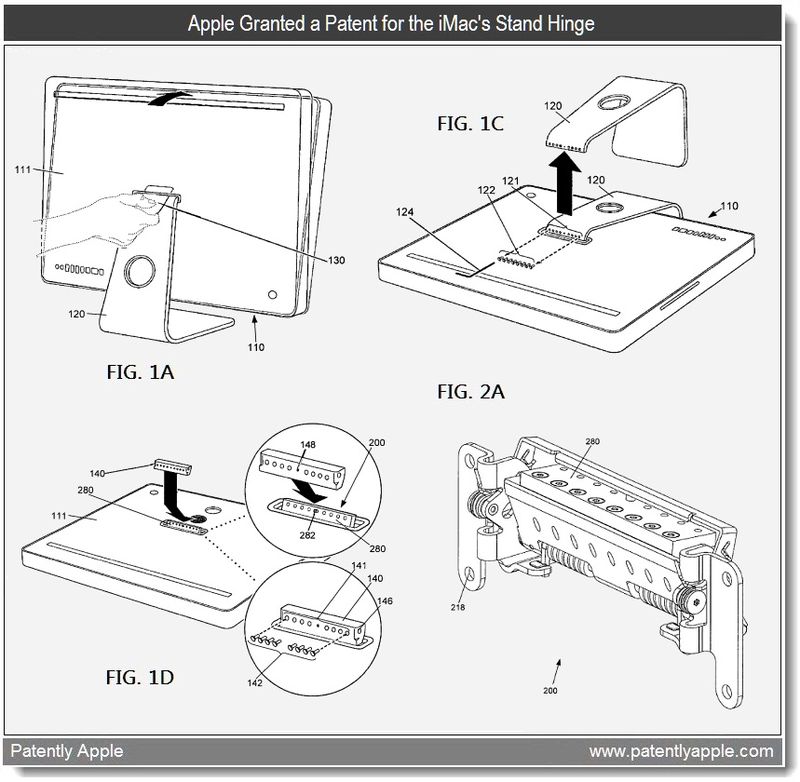 Apple credits Michael McBroom, Brian Sudderth, Daniel McBroom and John Ternus as the inventors of Granted Patent 7,934,780 which was originally filed in Q1 2006. John Ternus was also a part of the team behind Apple's hinge patent which also included Brett Degner and Andy Lauder.

Apple has won a patent for multi-position magnetic detents that are used in Apple's MacBook and iPod dock as illustrated below. 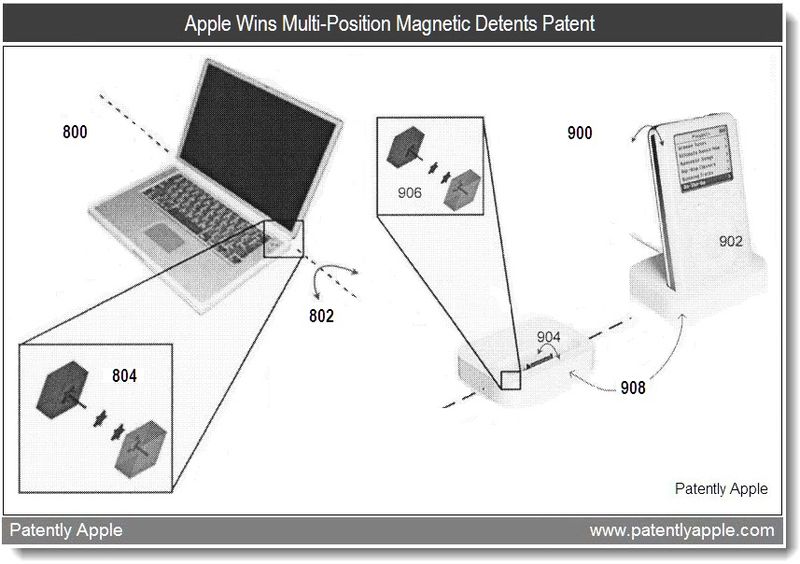 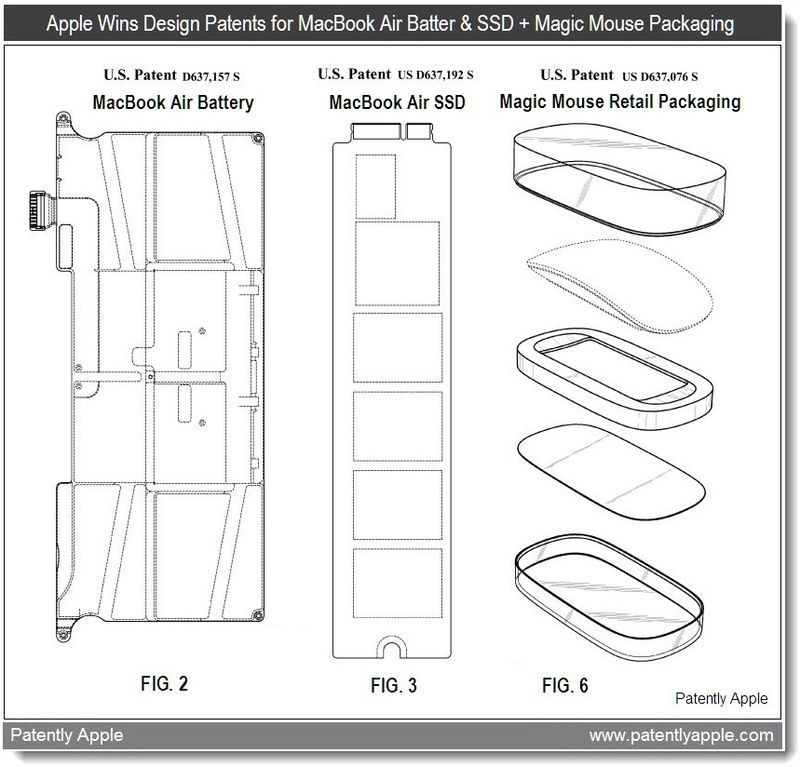