Apple Wins a Major OS X Related Patent in addition to Patents for their White iPhone 4, Dashboard, Aperture and More 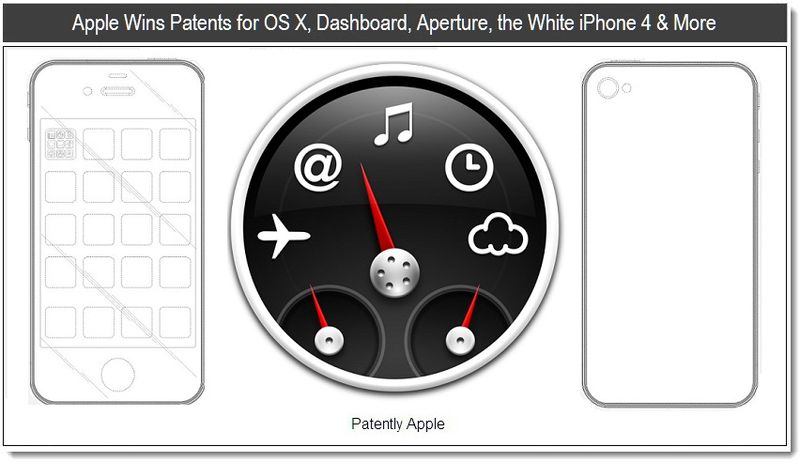 The US Patent and Trademark Office officially published a series of thirteen newly granted patents for Apple Inc. today covering a wide gamut of technologies including those related to Apple's Logic Studio, QuickTime VR and iMovie. The more notables within this group, however, included a major OS X patent relating to both their Foundation Kit and AppKit which originated with NeXT's OpenStep. The other patents of interest today covered Apple's Pro Photography app called Aperture, OS X's Dashboard and a design win for their new white iPhone 4 – A patent which could very likely end up being introduced in their legal case with Samsung. 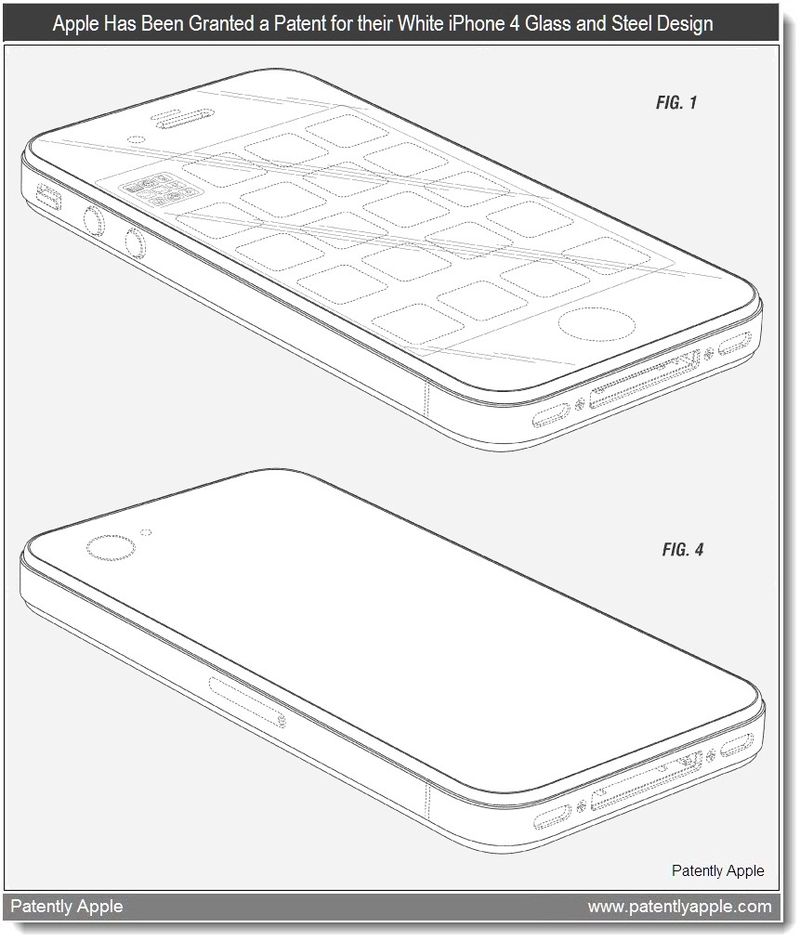 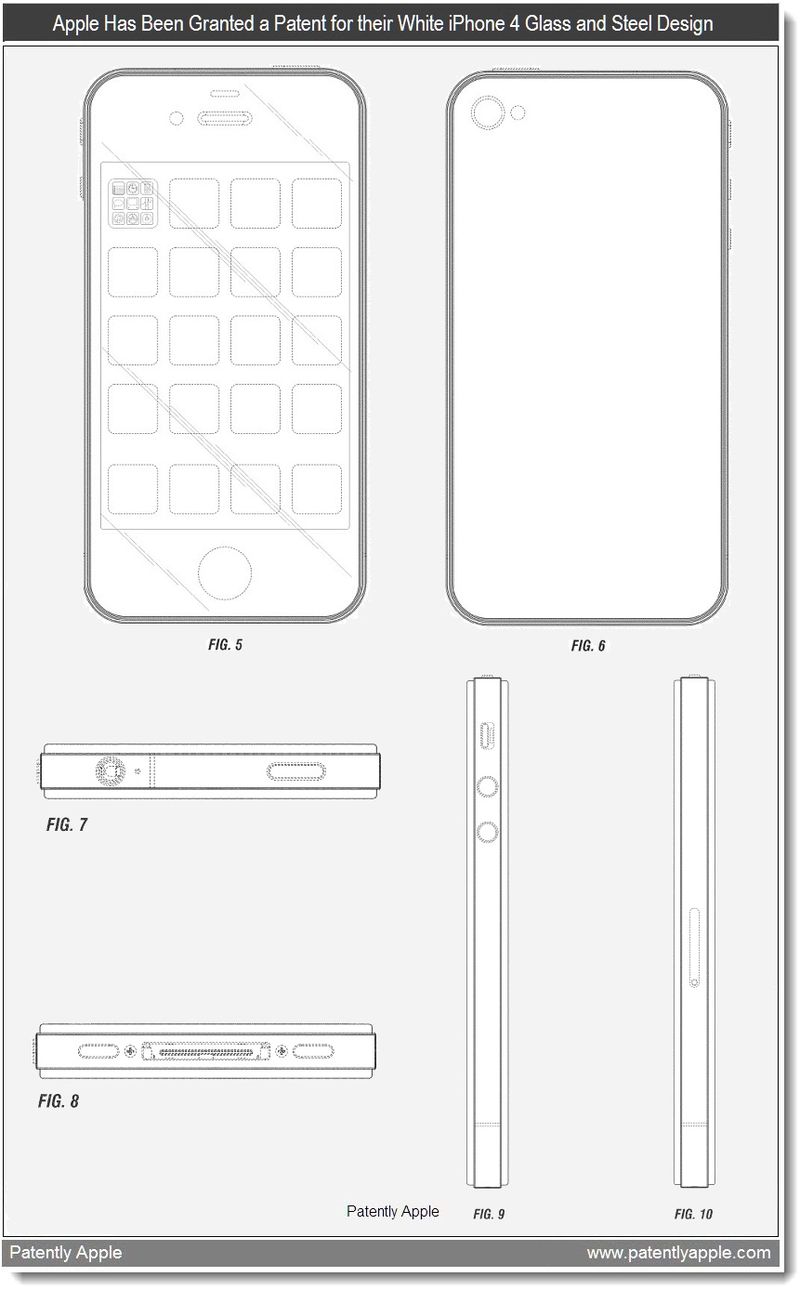 Apple Has Been Granted a Major OS X Related Patent 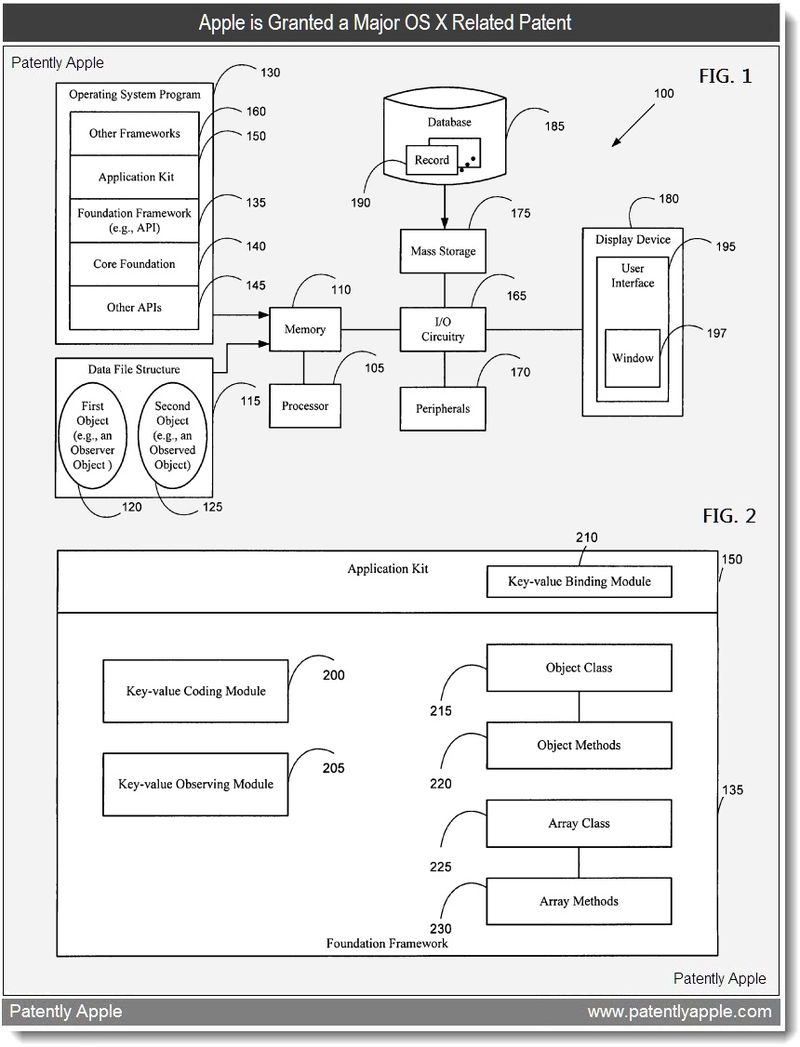 Apple's patent FIG. 1 illustrates an object-oriented computing system which is further described as a "Macintosh Operating System (Mac OS), such as Mac OS X, application programming interfaces (APIs) are divided into frameworks including the Foundation framework 135 which supports the AppKit framework 150." Apple's patent FIG. 2 illustrates an application programming interface for use with the object-oriented computing system shown in FIG. 1.

Apple Has Been Granted a Patent for Multiple Dashboards

Apple has been granted a patent relating to OS X's widgets environment called Dashboard. Widgets themselves are, at the core, simply HTML files that are displayed within the Dashboard layer; they use the WebKit application framework that is also used in Apple's Safari web browser 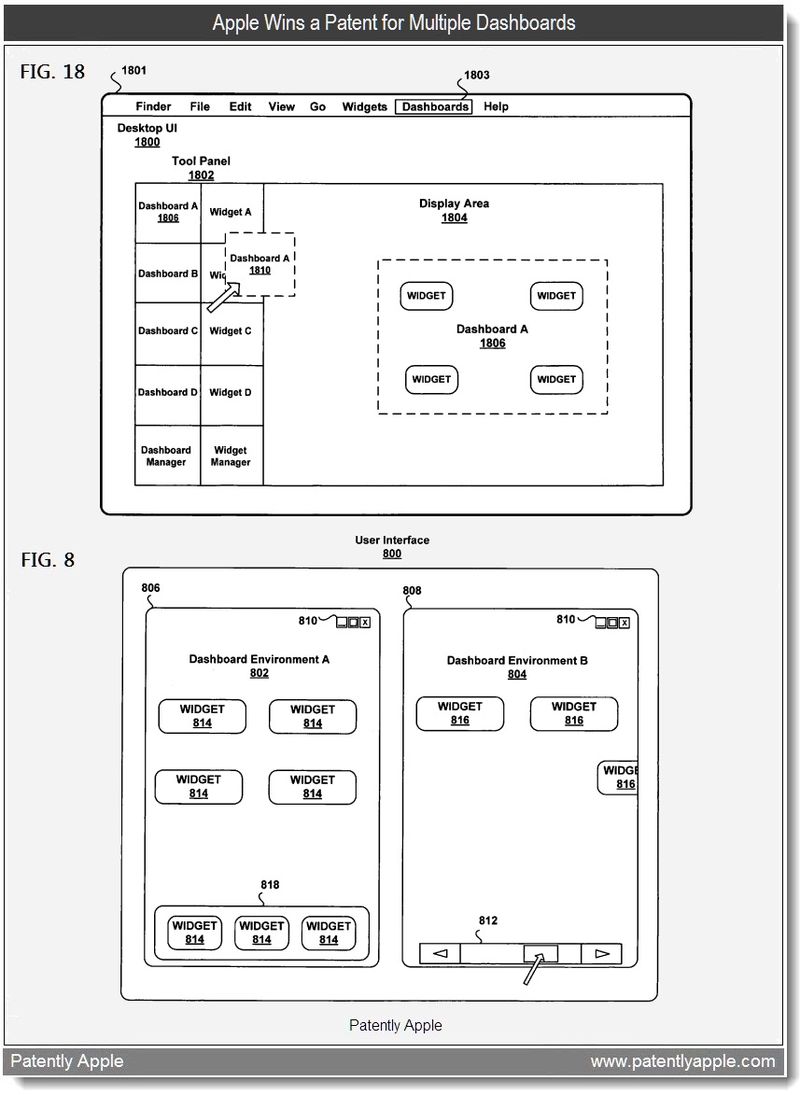 Apple's Patent FIG. 8 illustrates a user interface displaying dashboard environments 802 and 804. In some implementations, more than one dashboard is available. For example, the user could create and configure one dashboard to contain widgets related to work, and another for widgets related to personal matters. In some implementations, the display areas 806, 808, could be presented and arranged in the user interface in either an ad hoc manner (e.g., anywhere in the user interface) or an orderly manner (e.g., cascaded, tiled, etc.). Apple's patent FIG. 18 illustrates an exemplary tool panel scheme for launching/displaying dashboards and/or widgets.

Apple Has Been Granted a Patent Related to their Aperture Application 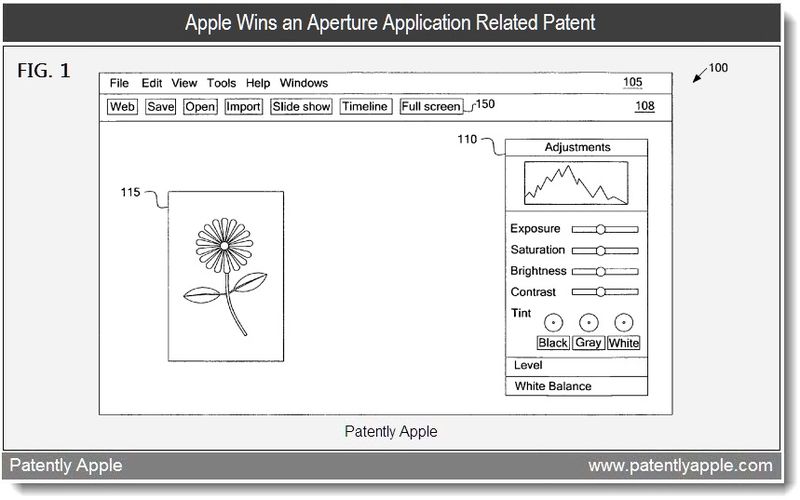 Good to see Ali Ozer is still working and now Cocoa Manager at Apple. He was a great colleague.

Too much to think that we're going to see the dashboard element very soon in iOS5? We can guess at an update to notifications (it being a UI, not fundamental background deeper issue) and possibly widgets etc? We've seen the 4 finger swipe - so with Lion coming out, will Apple bring some 10.7 to the iOS5?