Home Archives Contact Us Subscribe Twitter MeWe Facebook Patently Mobile
Apple Wins Patents for the iMac, Magnetic Detents & Even the Touch Controls that Debuted with Apple's Now Defunct "Cube" Desktop System
A New Location Services based Class Action Lawsuit has been Filed against Apple. It's Time to Open up the Debate Wide Open

As part of Apple's lawsuit against Samsung we learned that Apple had entered evidence in their complaint involving patent 7,812,828 along with trademarked designs of the iPhone and a series of icons. Clearly design patents carry weight with the courts in respect to protecting Apple's look and feel of a product. Today, Patently Apple has learned that Apple has gained registered status for their iPod Touch and iPod nano designs in China. 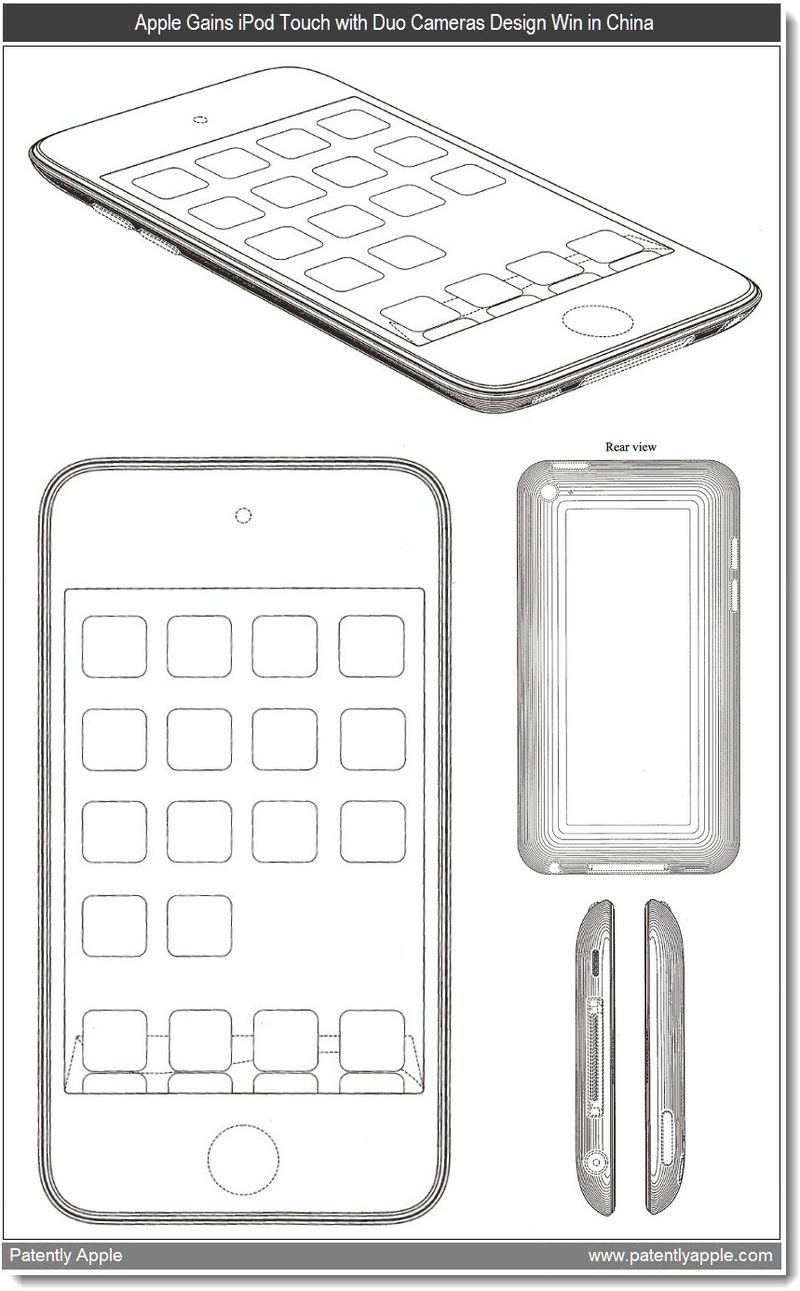 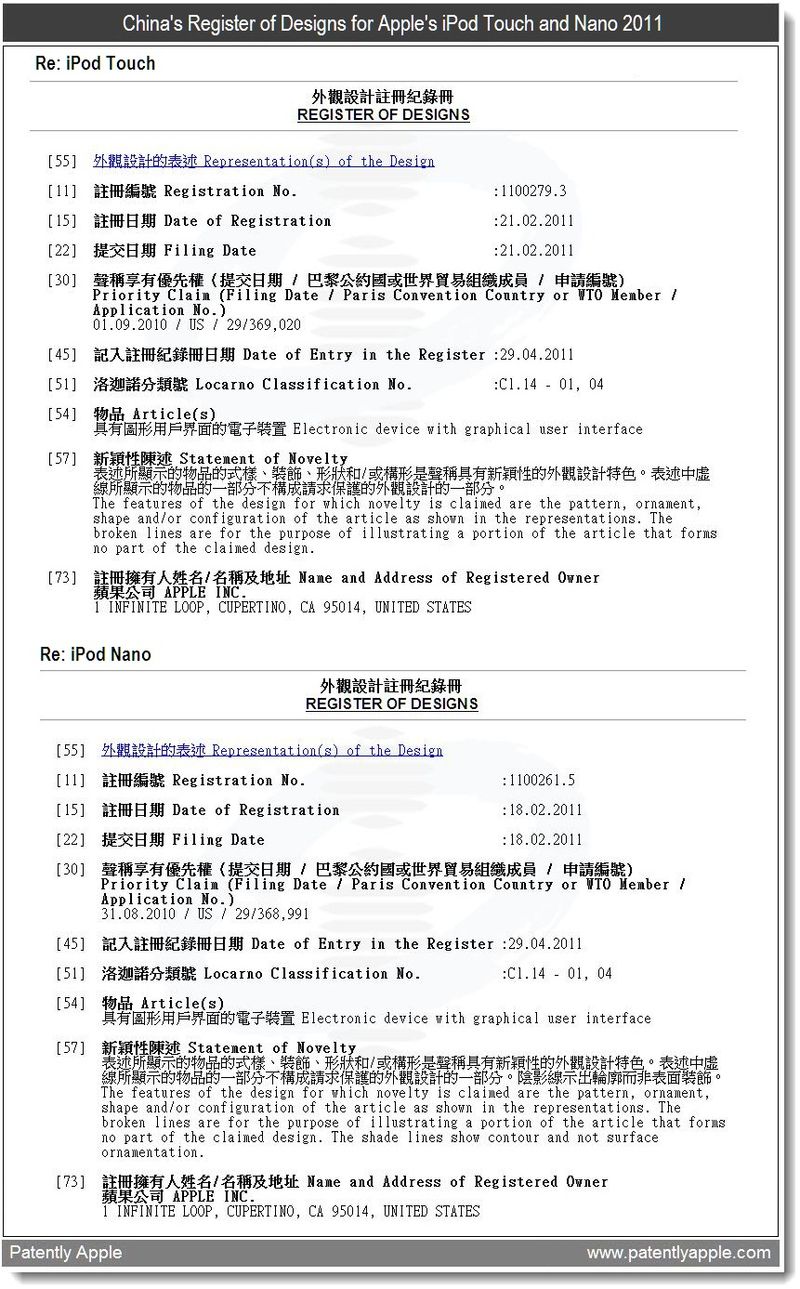 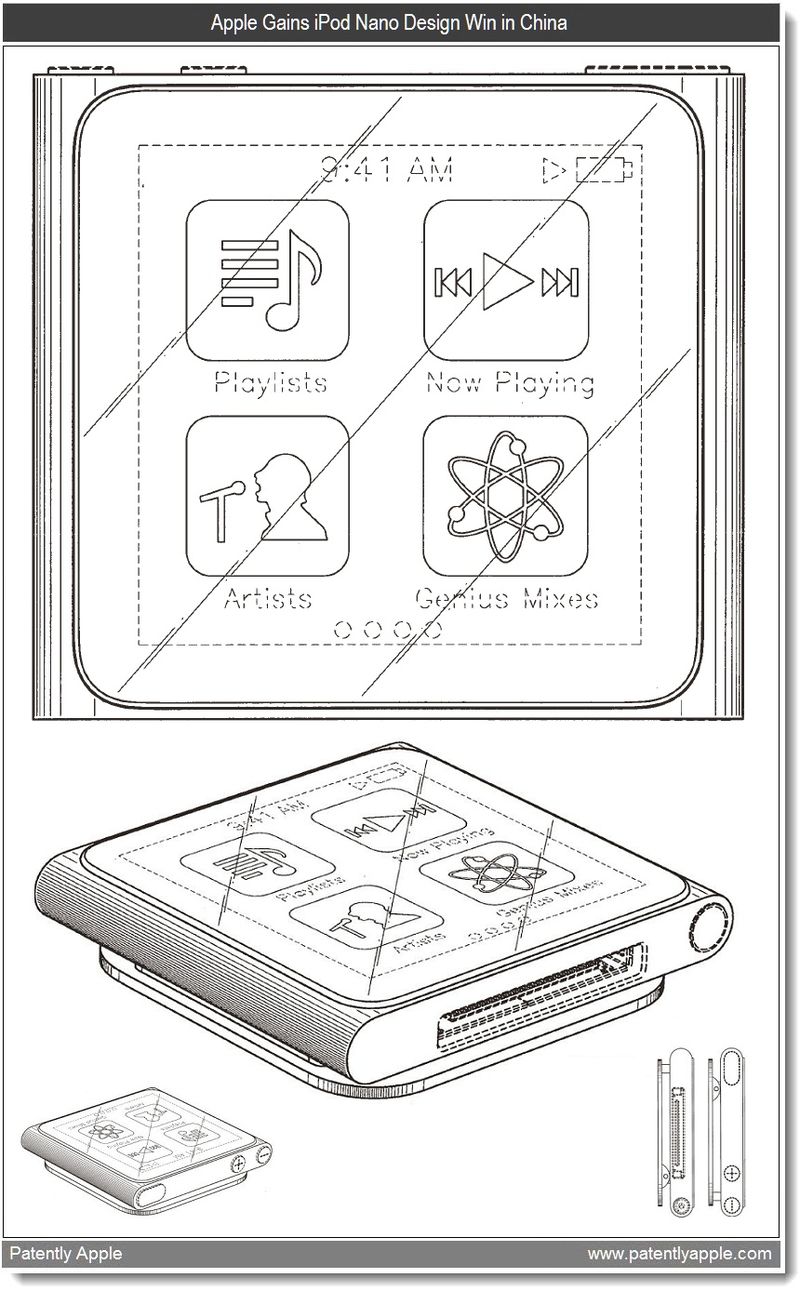 ﻿Icons Presented as Evidence in the Apple vs. Samsung Case 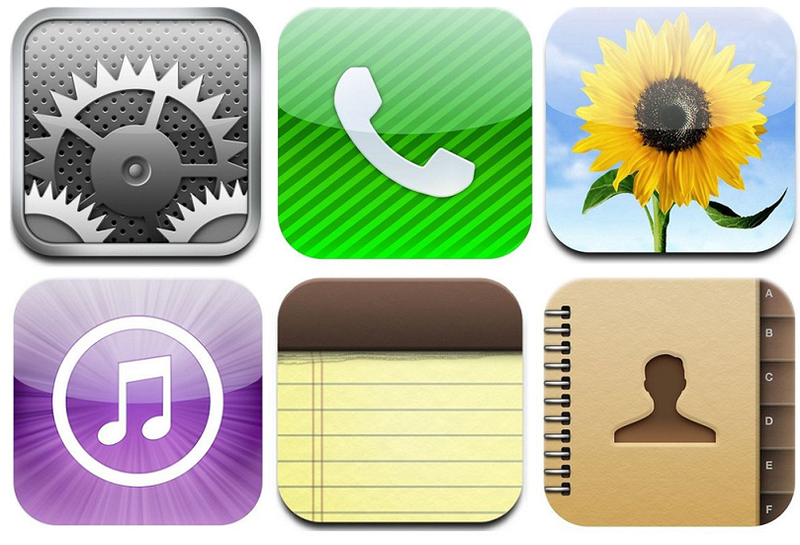