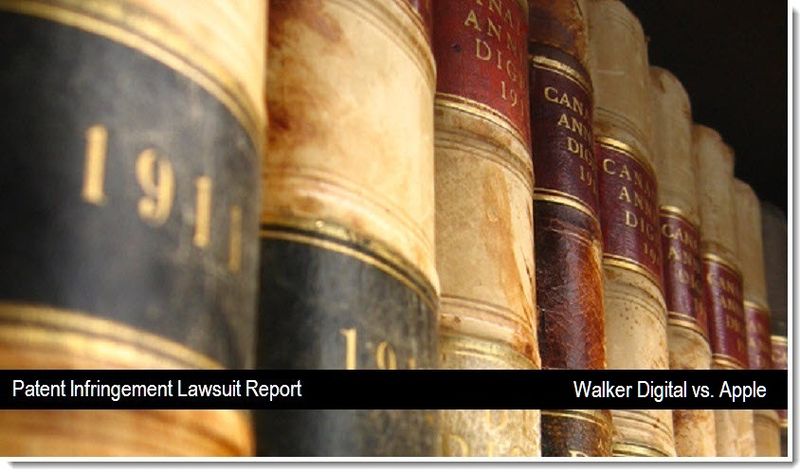 The first of two major patent infringement lawsuits have been filed against Apple by Stanford Connecticut's Walker Digital. This heavy weight company which was behind such ventures as Priceline.com and others and originally funded by the likes of George Soros, Paul Allen and John Malone is suing Apple over its "Map + Compass" GPS based iPhone feature/app. The lawsuit which was filed against thirteen companies, singles out Apple and Google for willful infringement.

This investment was used for many things, including the development of facilities to assist with the research, development and testing of new inventions which, in turn, generated additional new solutions to problems and additional inventions. Many of these inventions have been the genesis for successful businesses, including priceline.com and Synapse, Inc.

Jay Walker, the chairman of Walker Digital, is perhaps best known as the founder of priceline.com, which brought unprecedented technology and a new level of value to the travel industry. The business processes that guide priceline.com's success were created in the invention lab of Walker Digital. Mr. Walker is named on more than 450 issued and pending U.S. and international patents, including the methods and systems described and claimed in the Asserted Patent, which revolutionizes the field of global positioning and navigation.

On March 6, 2001, the United States Patent and Trademark Office duly and legally issued U.S. Patent No. 6,199,014 (the "'014 patent"), entitled "System for Providing Driving Directions With Visual Cues," in the names of Jay S. Walker and Toby Weir-Jones, who assigned their rights and interests in the '014 patent to Walker Digital. According to court documents, the complaint states the following: "Defendant Apple is infringing (literally and/or under the doctrine of equivalents) the '014 patent by, among other things, making, using, importing, offering for sale and/or selling navigation instructions providing directions for traveling a route along with photographic representations of locations along a route, including, but not limited to, the iPhone with GPS and real time navigation directions and related products, which are covered by at least claims 1 and 4 of the '014 patent."

It should be specifically noted that in Walker Digital's Prayer of Relief, they deliberately single out Apple and Google out of the thirteen defendants under point (d) as follows: "A judgment that Google's and Apple's infringement was willful." A judgment of willful infringement would carry a heavier penalty, if found guilty. 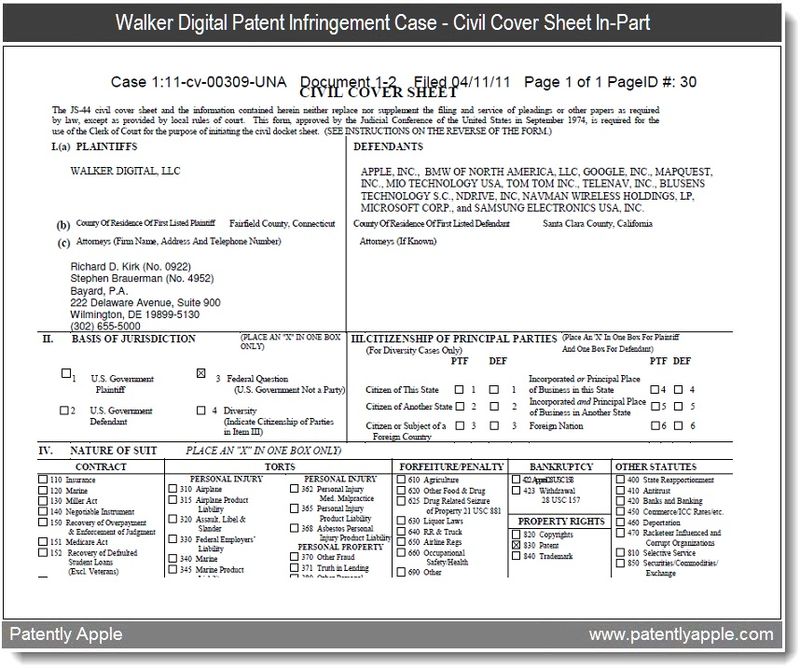 The case was filed in the United States Delaware District Court. No Judge has been assigned to this case of this date.