The US Patent and Trademark Office officially published a series of 10 newly granted patents for Apple Inc. today. In our first granted patent report of the day we focus in on and celebrate three huge patent wins. The first covers the technology behind Apple's iconic click wheel that sparked the digital music revolution with the release of the iPod back in 2001. The other two granted patents cover key multi-touch gesturing technologies that were behind Apple's original 2007 iPhone release. As the patent wars rage on between Apple and their competitors, every newly granted patent that carries strategic value strengthens their defenses and ability to even go on the offense when needed.

What does Apple think that they're doing – Reinventing the Wheel? Well, yes, that's exactly what the Crazy Ones in Cupertino did when they invented the famous iPod Click Wheel that ignited the digital music revolution. This patent covers this invention. 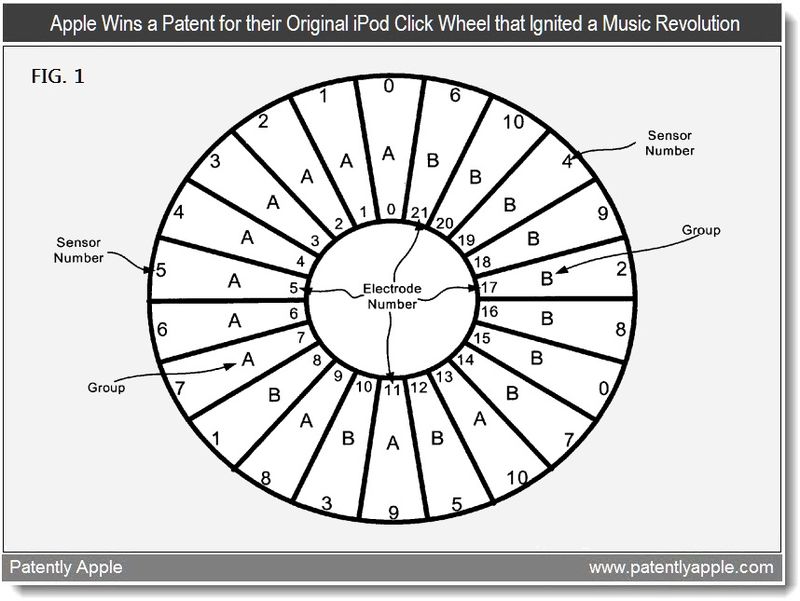 Apple credits John Elias, Wayne Westerman and James Orr IV as the inventors of Granted Patent 7,932,897. The patent, though noted as being filed in 2005, also carries a history from 1999 forward and some respects carries some principles dating back to 1913. It should be noted that Apple has been granted other patents relating to their Click Wheel. You could find our reports on those patents here and here.

Apple has been granted another core touch-related patent which dates back to the very month that the iPhone first launched back in June 2007. 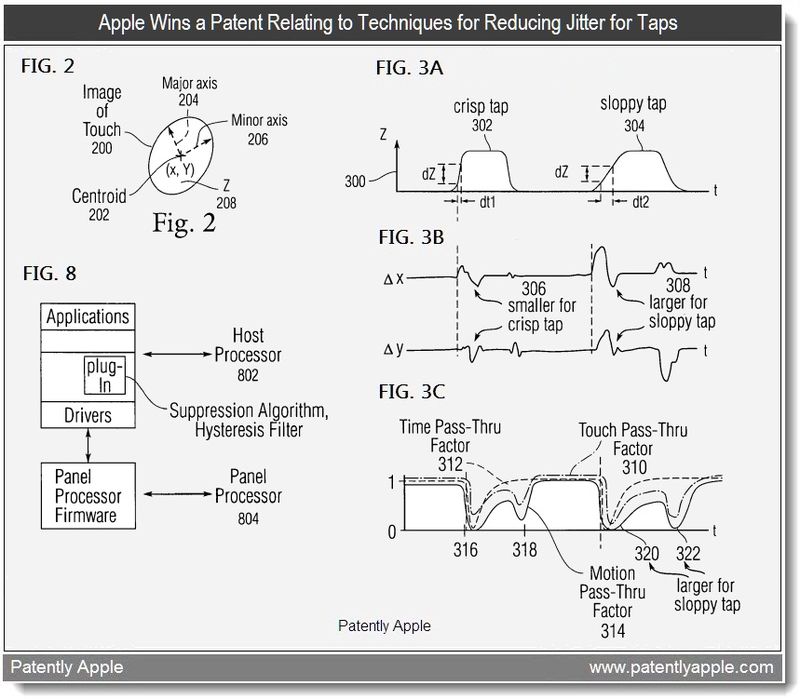 When using a touch screen, a user could make a selection on a display screen by pointing directly to GUI objects displayed on that screen with their finger. To provide additional functionality, gesture recognition could be implemented to recognize more than a simple finger touch. By way of example, various operations such as a selection function could be made when one or more taps are detected on the surface of the touch screen. In addition to taps, various operations such as dragging or scrolling functions could be made when a sliding motion is detected on the surface of the touch screen.

The problem of distinguishing sloppy taps from sliding motions could pose contradictory objectives: reliably producing clicks (e.g. selection operations) in response to sloppy taps that including some amount of finger sliding or rolling motion, versus issuing point/drag/scroll events quickly enough in response to intentional slides such that the user perceives little or no lag or lost motion.

Some touch sensor panel systems have attempted to distinguish sloppy taps from sliding motions by suppressing all motion or a percentage of finger motion for a certain period of time (e.g. several hundred milliseconds) after a touch event was detected. However, such approaches could lead to excessive suppression of intended sliding motions, especially for quick sliding motions of a short duration.

The solution that Apple presents in their patent relates to distinguishing sloppy taps from sliding motions using an algorithm that could take into account both a time instability factor and a touch instability factor. A limited amount of motion per frame could be subtracted off or canceled during a time period immediately following the detection of a touch event. Small lateral motions indicative of a sloppy tap could be suppressed, while fast finger motions indicative of a quick, long cursor movement could immediately pass through the filter without being suppressed by a significant amount.

Apple has been granted yet another core 2007 touch related patent. This particular granted patent win relates to deletion gestures on touch screen displays of iOS devices, and more particularly, to processes for deleting listed items that involve multiple gestures by a user on different parts of the touch screen. 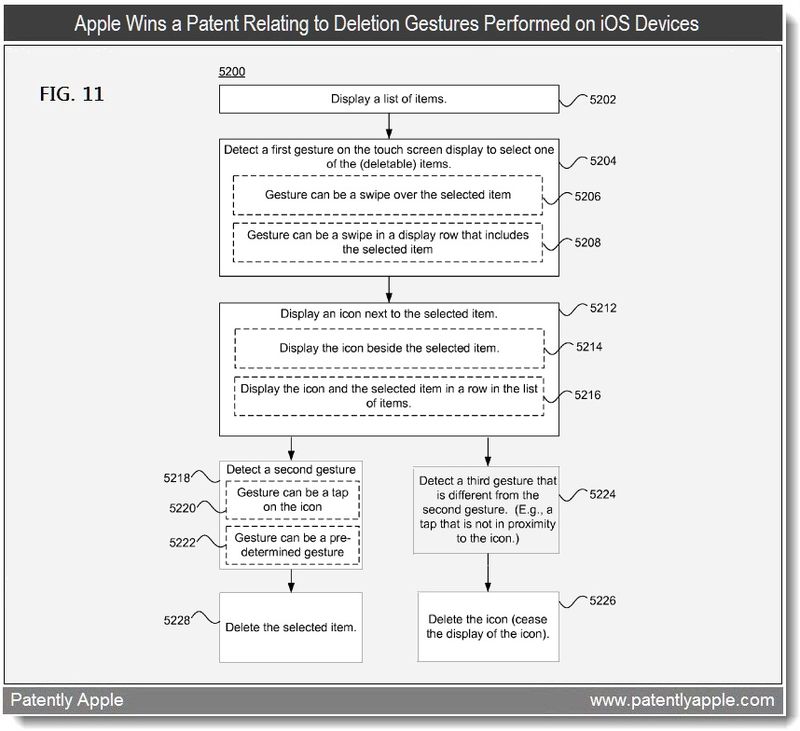 We tend to forget that prior to the release of Apple's iPhone, most so-called smartphones were using very complicated physical push buttons that forced users to navigate some rather complicated and frustrating menus to perform the simplest of functions. In particular, many conventional user interfaces lacked an intuitive and reliable method of deleting listed items such as instant messages, email addresses, or phone numbers.

Inflexible user interfaces create a risk that a user will accidentally delete an item. Accordingly, Apple's solution sets out to deliver more transparent and intuitive user interfaces for deleting listed items that would be easy to use, configure, and/or adapt.

Apple's patent FIG. 11 noted above is a flow diagram illustrating a process for deleting an item listed on a touch screen display of a portable electronic device