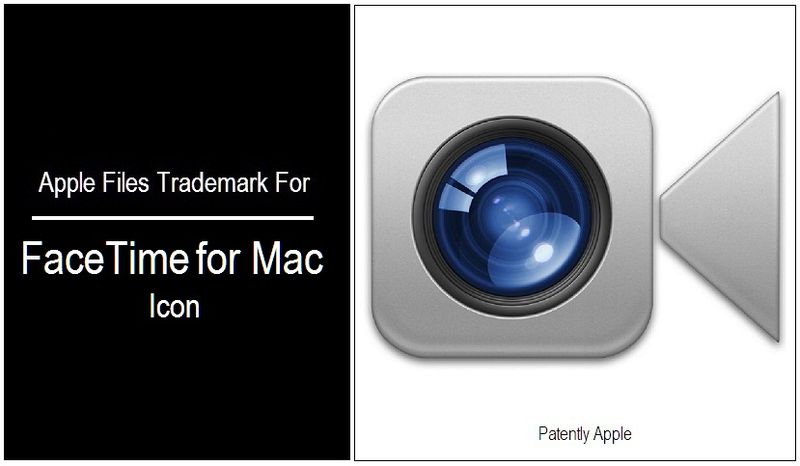 On April 26, 2011, the US Patent & Trademark Office published Apple's latest trademark application for an icon related to "FaceTime for Mac" under application 85300315 officially filed on April 20, 2011. Apple has filed their trademark under a single International Class covering computer software for video calling. Apple introduced FaceTime for Mac in October 2010. 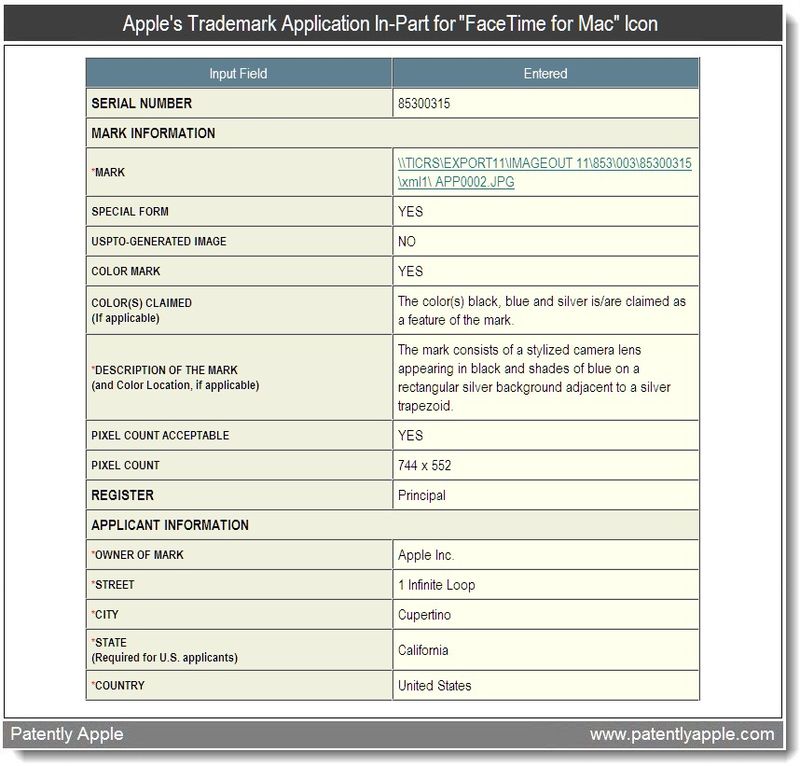 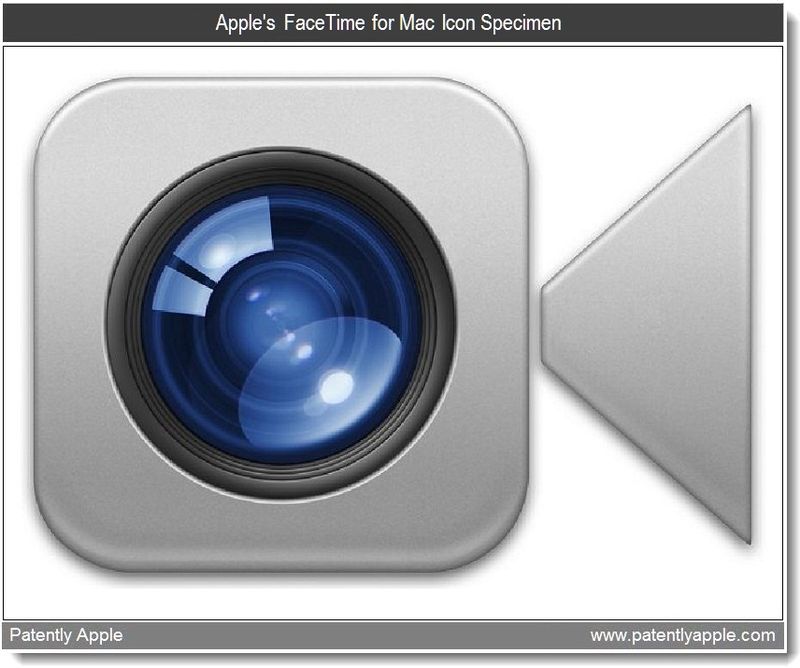 Apple's FaceTime for Mac marketing states that "It's remarkable. It's fun. And it's not just for iPhone and iPod touch anymore. Now you can make video calls to iPad 2, iPhone 4, the new iPod touch, or another Mac – Right from your Mac. 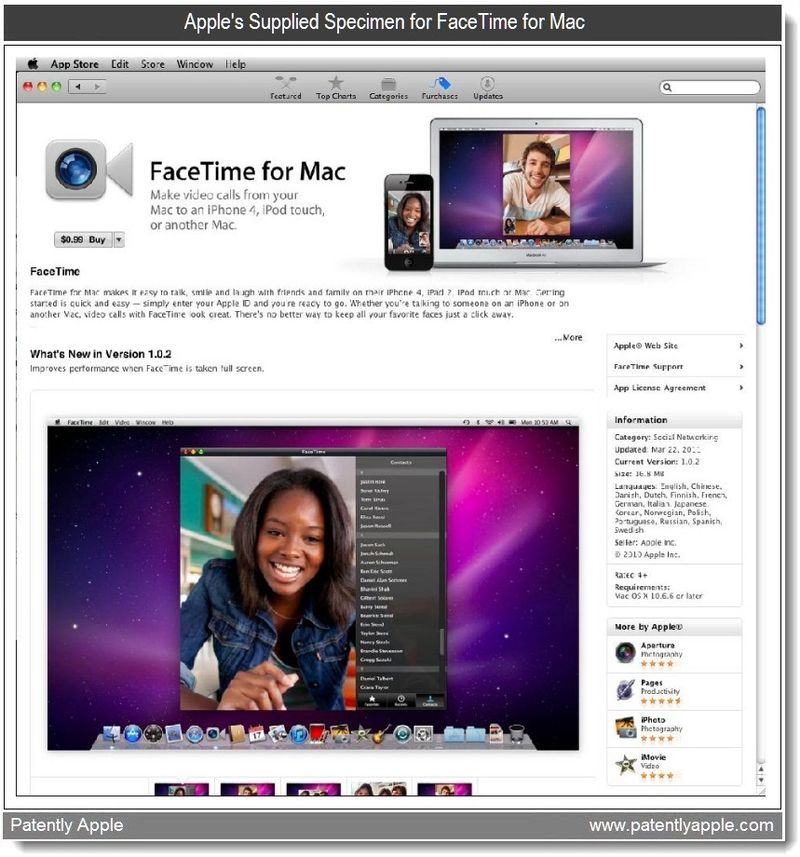