It seems that Europe is getting all of Apple's trademark business these days. Since January there have been five major filings alone. It Began with Ping, Apple's branding for their social network for music. The others that soon followed included Ping's associated "Bubbles" logo; "Places" for social networking; "Apple" covering everything under the sun; and finally the famous Granny Smith logos that once belonged to the Beatles. Well, the trend continues today as the EU has just granted Apple 24 iOS icon related design patents. Apple's European copycat competitors are now on notice.

Apple has been granted 24 iOS Design Patents in relation to various icons and onscreen variations that include utilities and productivity (folders). The patents cover Apple icons for a calculator, iBooks, Keynote, Numbers, World Clock, Maps + Compass, iPod, Notes, Contacts, Voice Memos, Photos, MobileMe, YouTube, Settings, Weather, Stocks and most of those illustrated below. 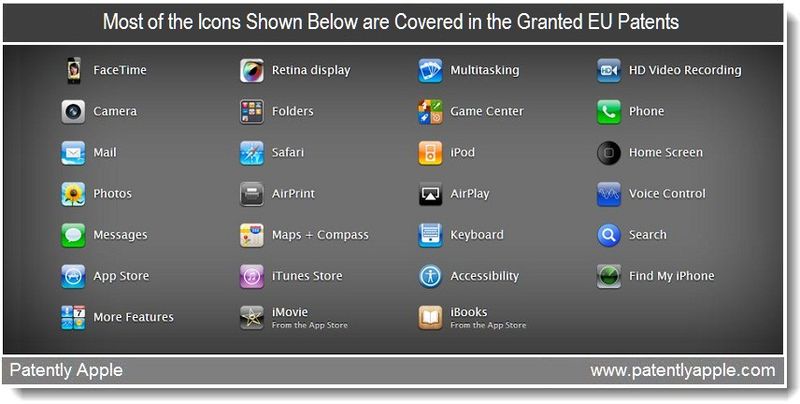 An example of a Granted Patent Notification is listed below. Apple filed these 24 design patents in September 2010 and the EU granted Apple these design wins officially on March 16, 2011 as indicated below. Officially, the granted design patent numbers include: 001236749 - 0013 to 0032 in addition to 0001 - 0003. The gap in the numbers may suggest that there are ten additional grants to follow in the near future. 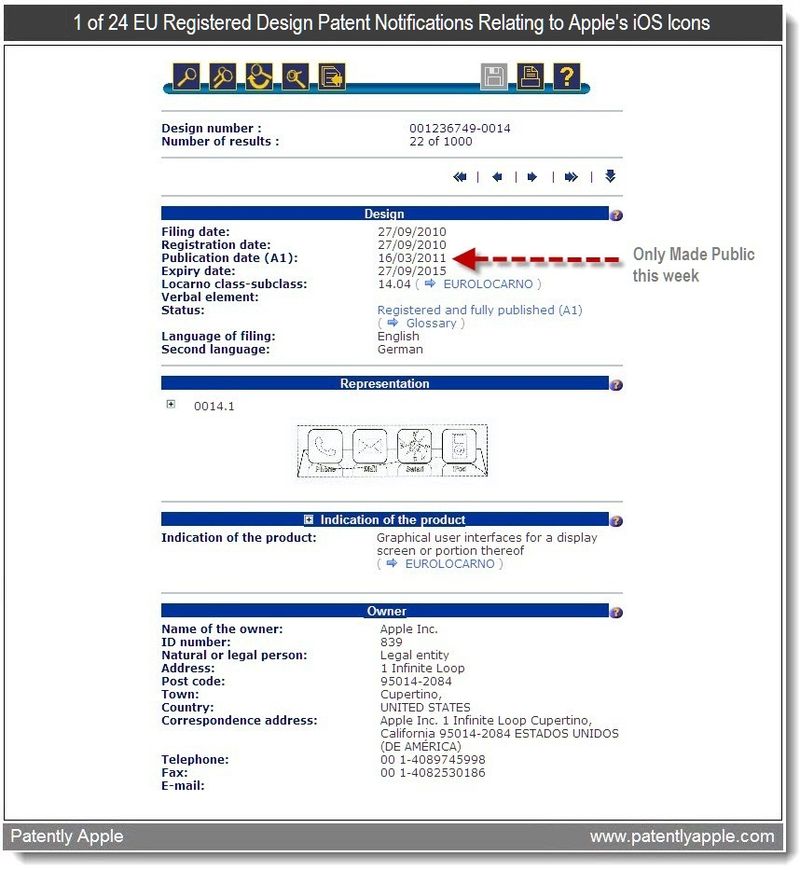 Icons on the iOS Display Dock 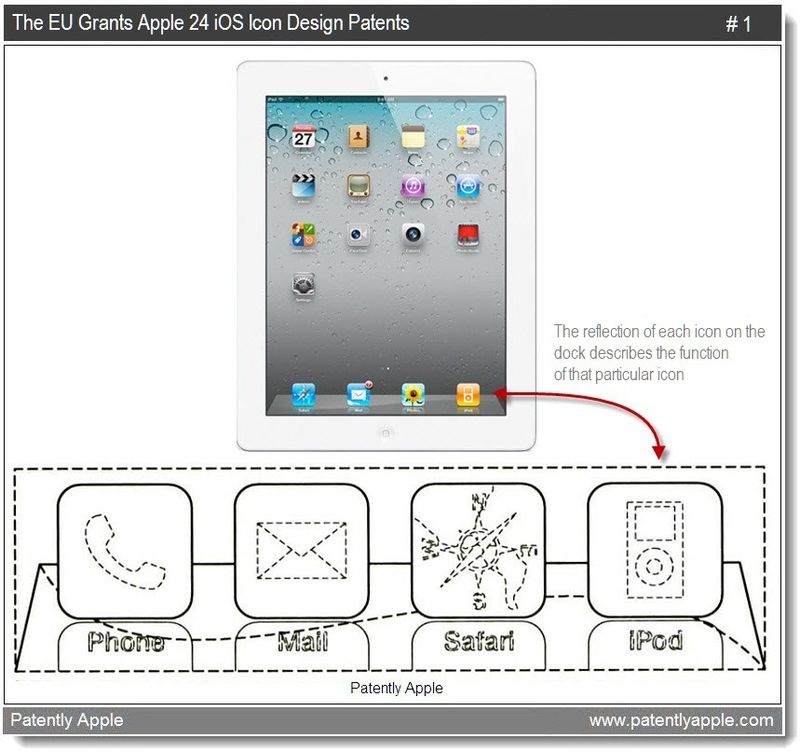 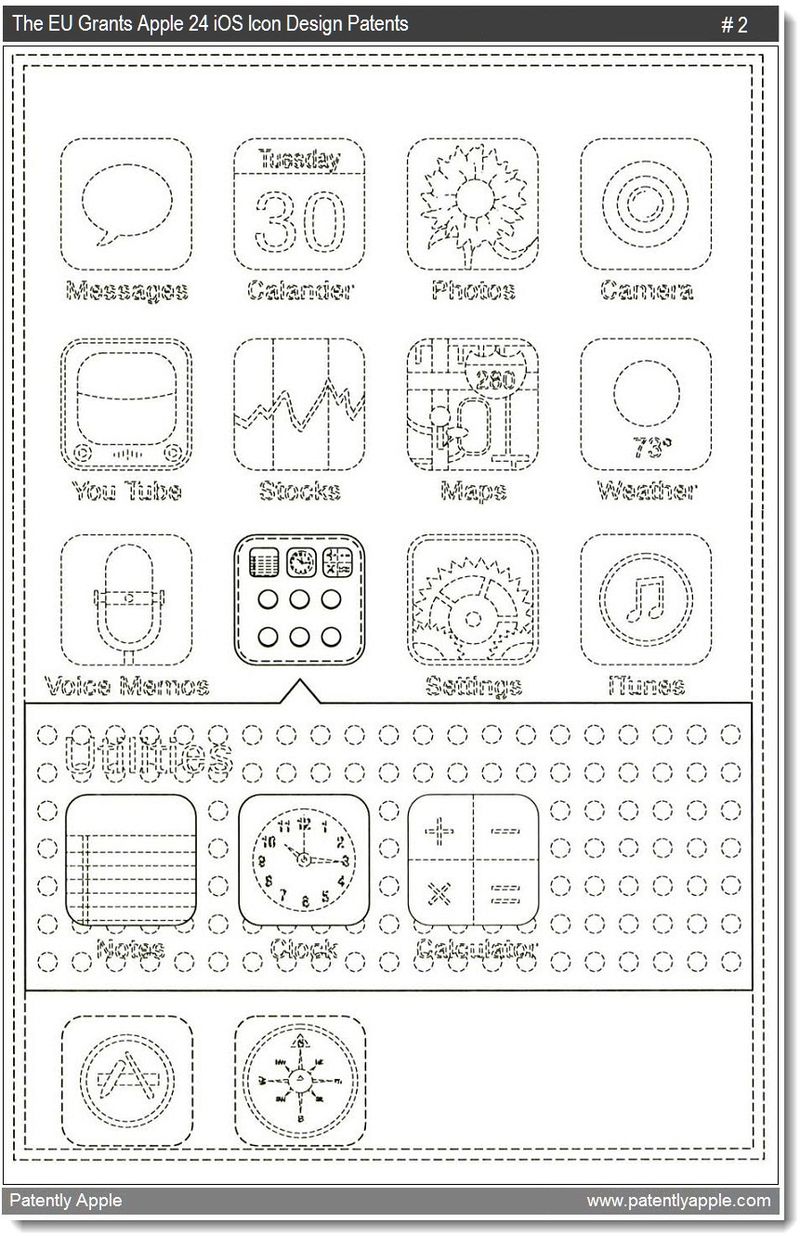 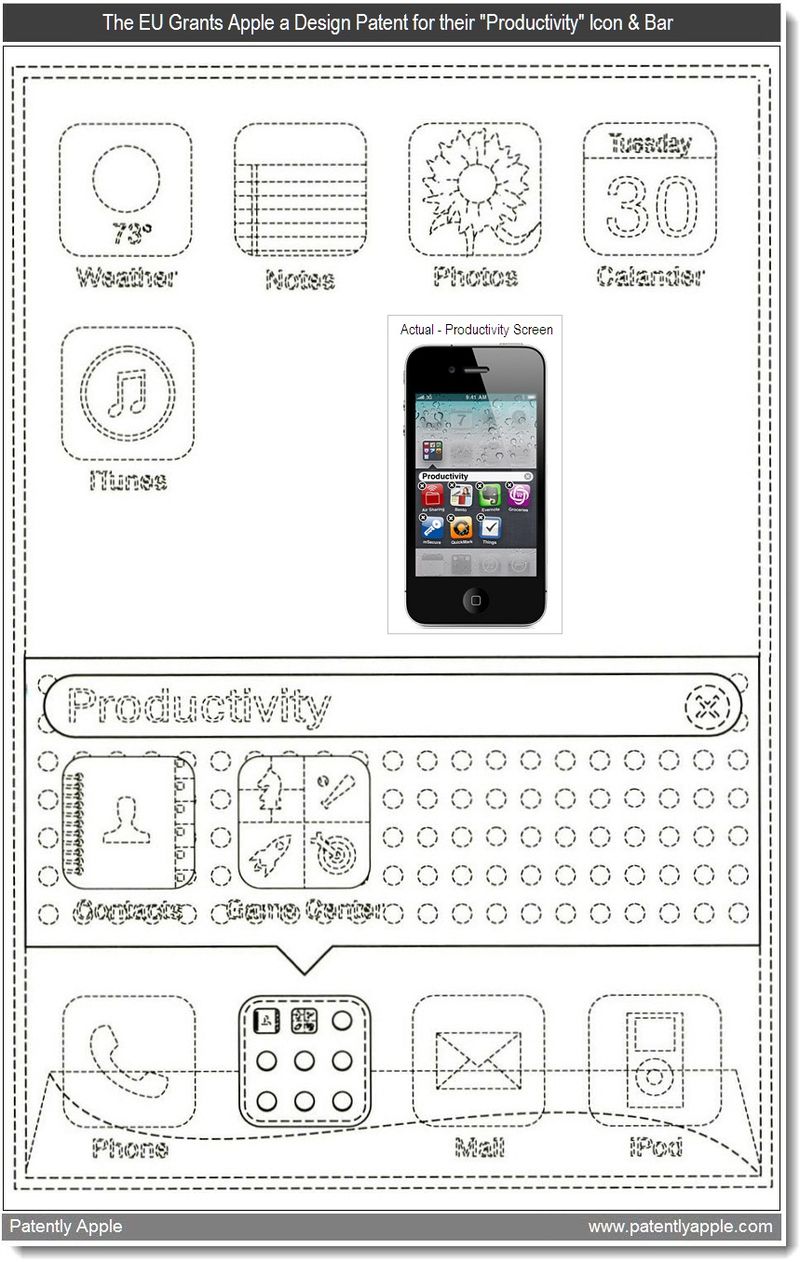 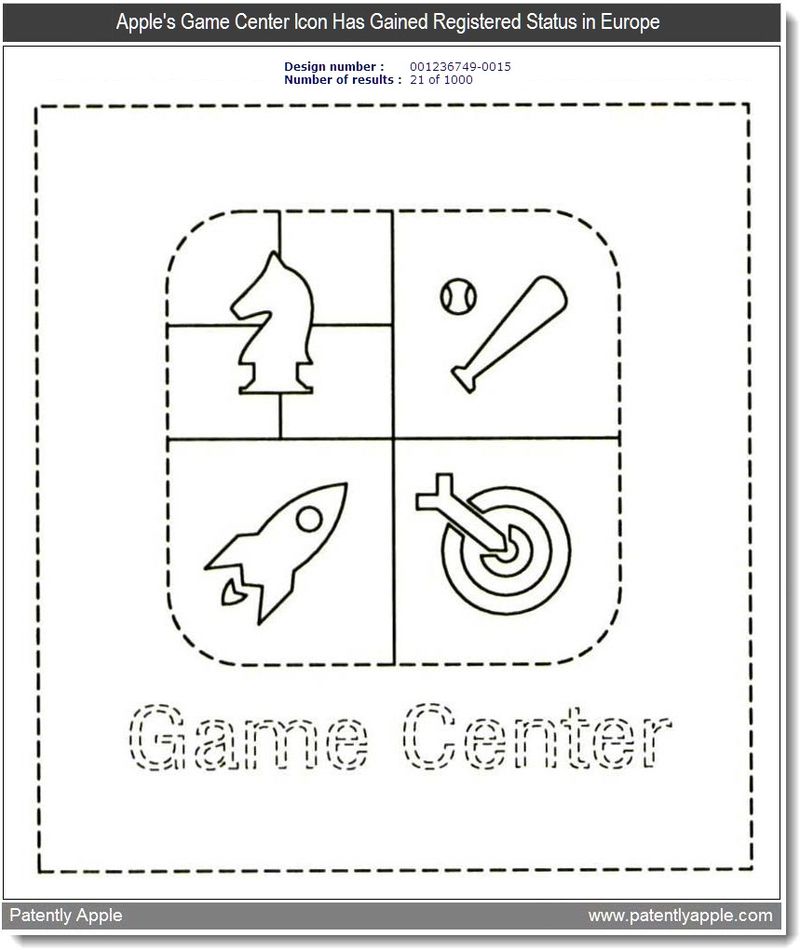 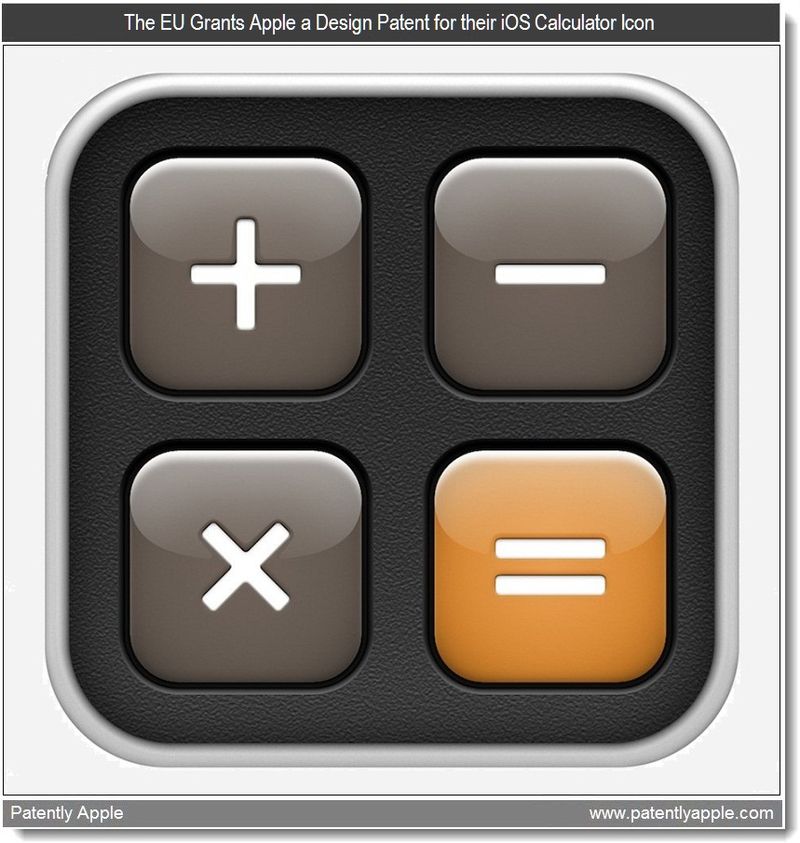 @ Hoomy. Although Apple has created an icon for the Home Button, it appears that it will remain "a button."

However, on a future iPad, as you suggest, it does makes you wonder if that's why they've created an icon for this. There is a patent about a Home Button free iPad design, here: