Future Apple Hardware to Harness the Power of Magnetic Induction

Just as the auto industry is racing to find the perfect electric engine, the tech sector is in a similar race to find a better battery or a new energy source to extend the life of portable devices. Being that Apple is the leading mobile devices company in the world today, they know all too well how important a breakthrough in this field may be. In today's patent we see that Apple is exploring ways of building a miniature electromagnetic induction system right into future portable devices as a means of extending battery life. This is one race Apple can't afford to lose. 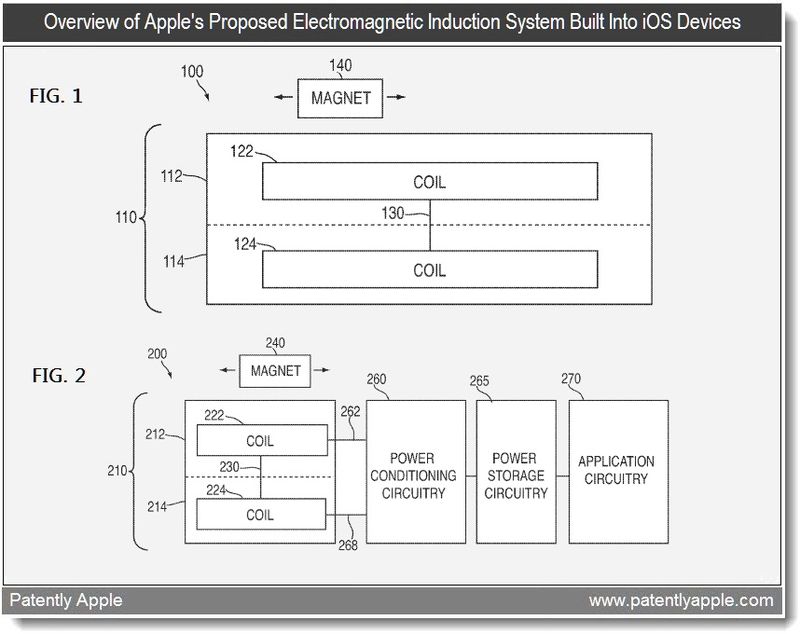 The targeted devices for Apple's proposed electromagnetic induction system include the iPod, iPod touch, iPhone, MacBooks, a standalone camera or video recorder or a cyclocomputer (perhaps relating to the smart bike). 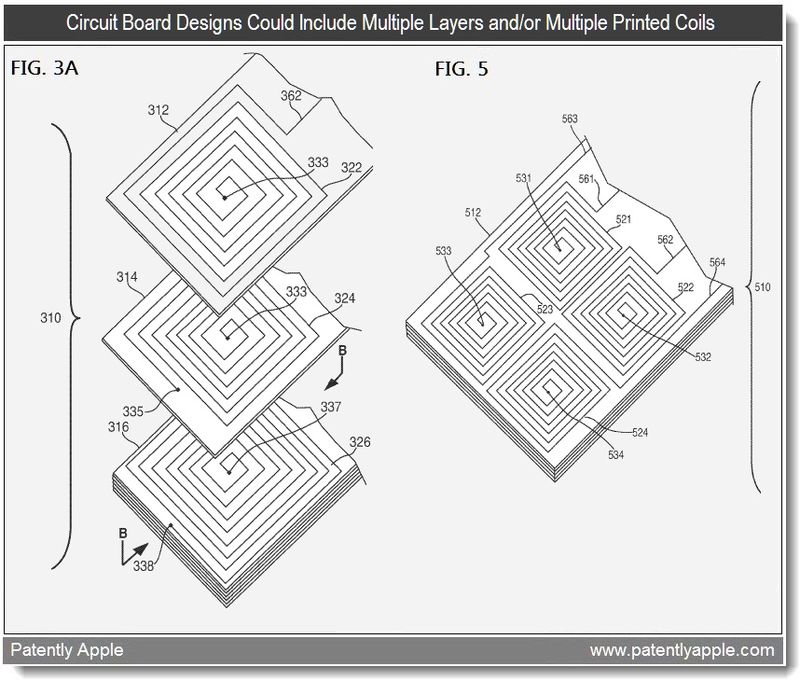 Apple's patent FIGS. 8 and 9 include, respectively, electromagnetic induction systems 800 and 900 which may include a coil array and a moveable magnet. In some embodiments, an electromagnetic induction system could include multiple moveable magnets adjacent to printed coils, at least two of which could be on different sides of the printed coils. It may be advantageous to position magnets on opposite sides of printed coils so that opposite poles face each other because such a configuration may cause the magnetic field to extend through the coils in a relatively straight line that is perpendicular to the coils.

A minor yet high profile patent was published today discussing Apple's anodization process. Specifically, Apple's patent is about a metal surface treated to have a distinct cosmetic appearance such as an integral layer that is glossy for devices like Apple's iPod nano. The surface treatment includes polishing a metal surface, texturing the polished metal surface, polishing the textured surface, followed by anodizing the surface, and then polishing the anodized surface. The metal surface may also be dyed to impart a rich color to the surface. For design fanatics who need to know more about this process could check out Apple's patent application number 20110056836.

Related Report: Apple had touched on the topic of an Inductive Charger in our April 2010 report covering Apple's Next Great Thing.