Just as rumors begin to surface that the iPhone 5 may sport a metal back panel, China grants Apple eleven design patents for the iPhone 4. While the iPhone 4's design may be highly controversial, the wins in China coming back to back with Apple's many US design wins, clearly illustrates Apple's desire to protect this sleek design against their many copycat competitors.

Apple applied for eleven iPhone 4 design patents in China on October 17, 2010. On Friday March 18, 2011, they were granted and registered. The design patents, which were only published this morning, are covered by documents numbers 1001693.1M001 through to 1001693.1M011. In addition to these, Apple was awarded two additional  related design wins that basically covered actual photos of the black and white iPhone 4.

Below is one of the eleven register-in-part confirmations of Apple's design wins for the iPhone 4 with a red arrow pointing to the official registration date. 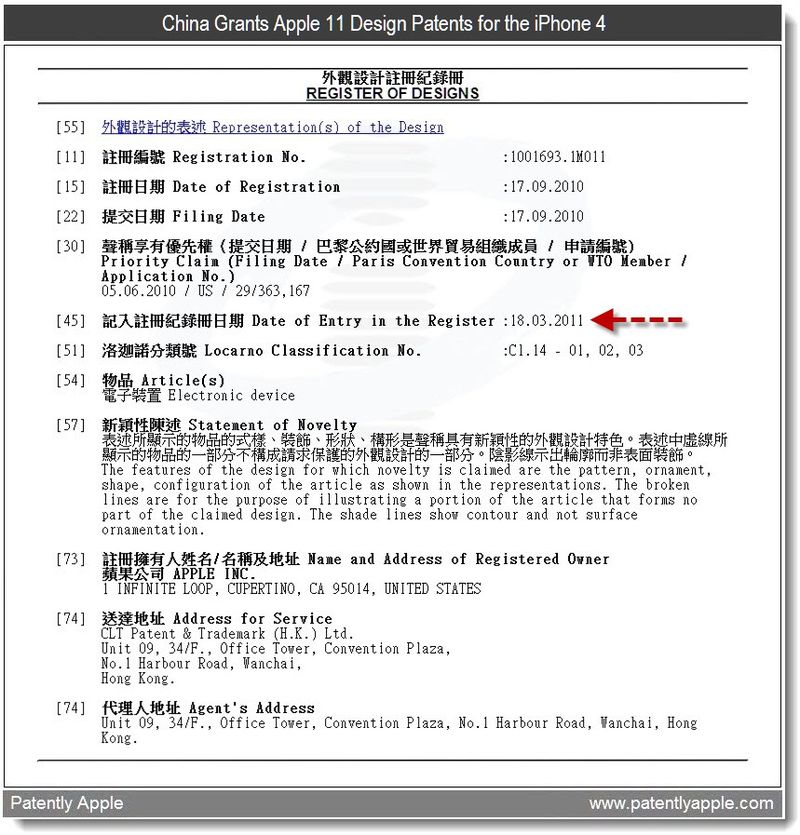 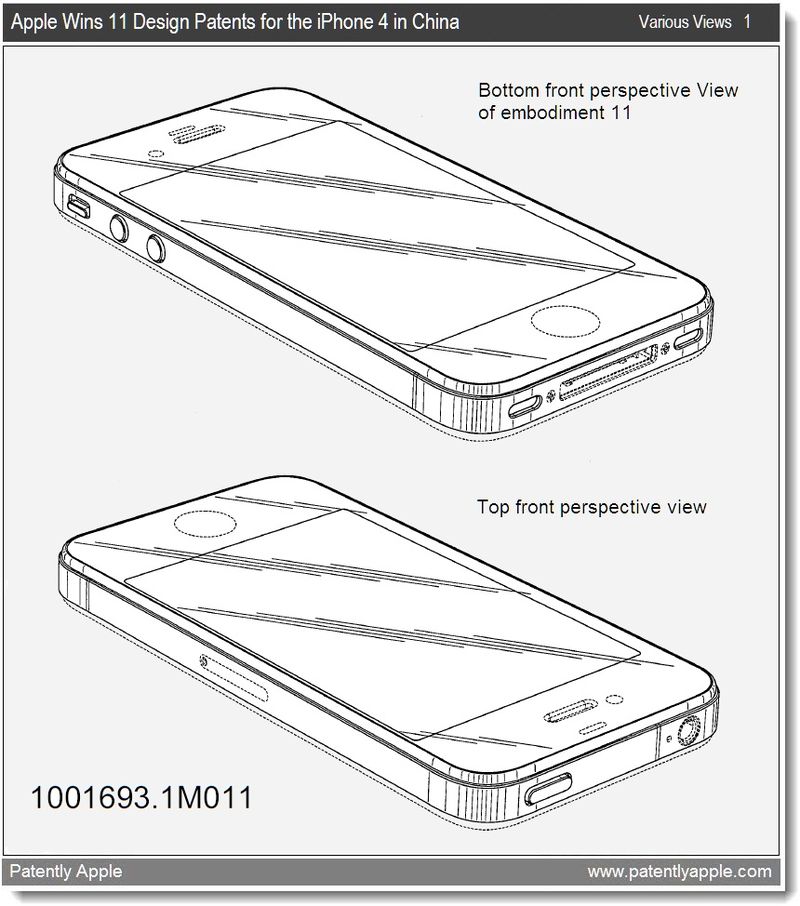 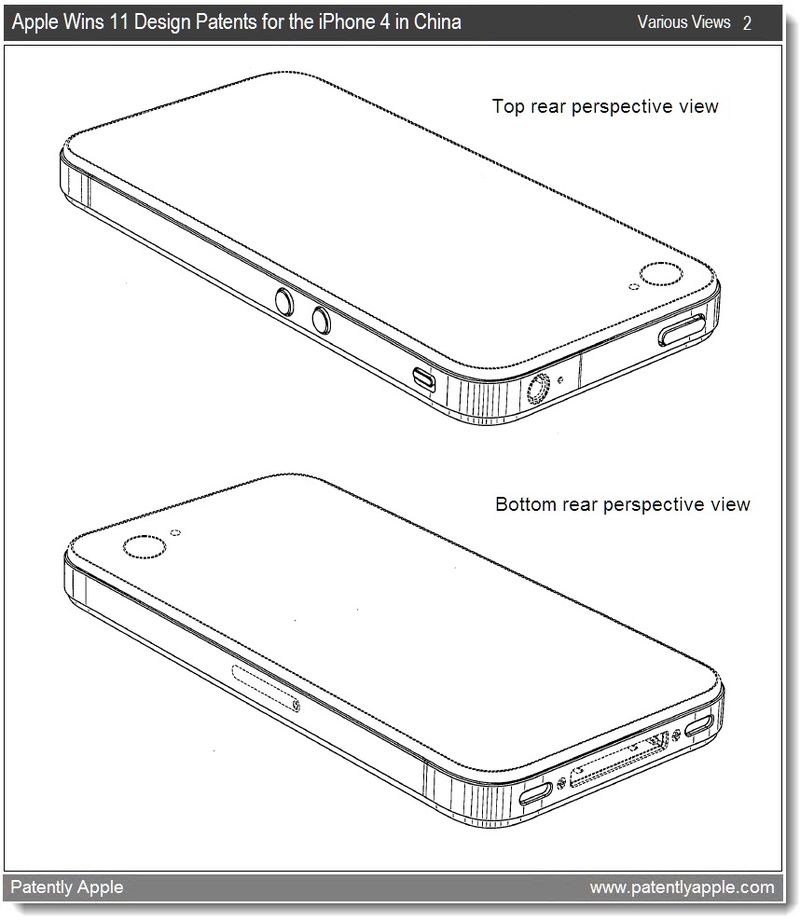 The differences between the eleven designs were ever so slight. The example below is the exception where we see Apple clearly placing emphasis on the iPhone 4's nitriding stainless steel band. 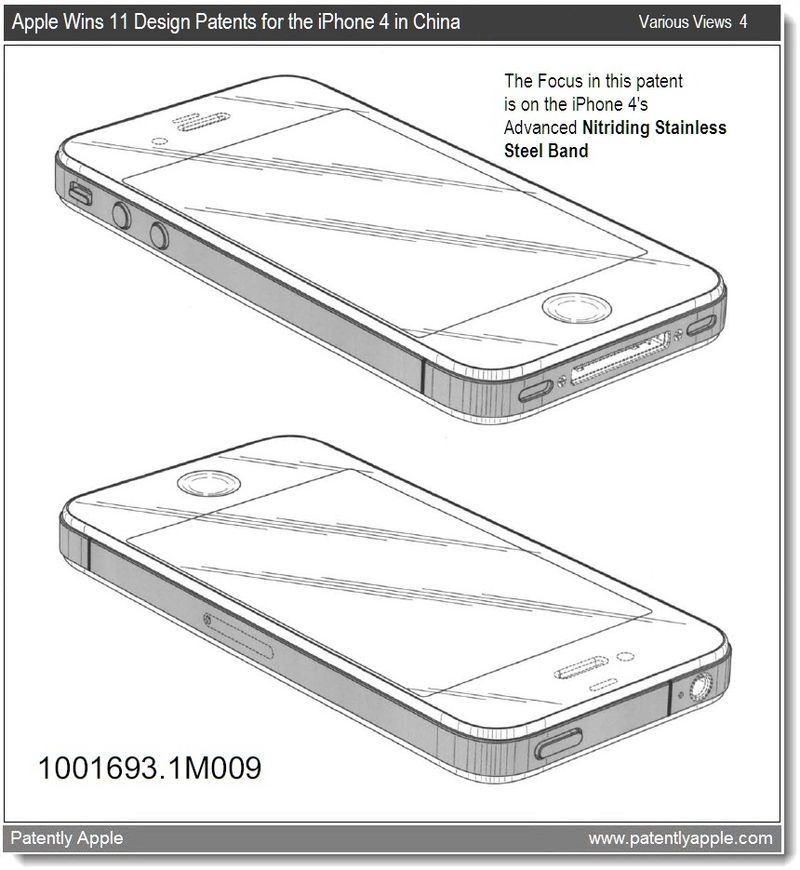 Apple's remaining ten design patents are differentiated by a series of dotted lines apportioning a distinct segment of a design not being covered in a particular filing. Apple's filing states that "the broken lines are for the purpose of illustrating a portion of the article that forms no part of the claimed design." In the example illustrated below, we see that the display area, microphone and buttons on the steel band are not covered in one of the designs.

While one could wildly speculate that the buttons may disappear in a future design and be replaced with a smart or touch bezel, the fact is that in this particular example, it would be too much of a stretch. The noted design with dotted lines would mean the lack of a microphone, a 30 pin connector, speakers and more – which of course wouldn't make any sense whatsoever. 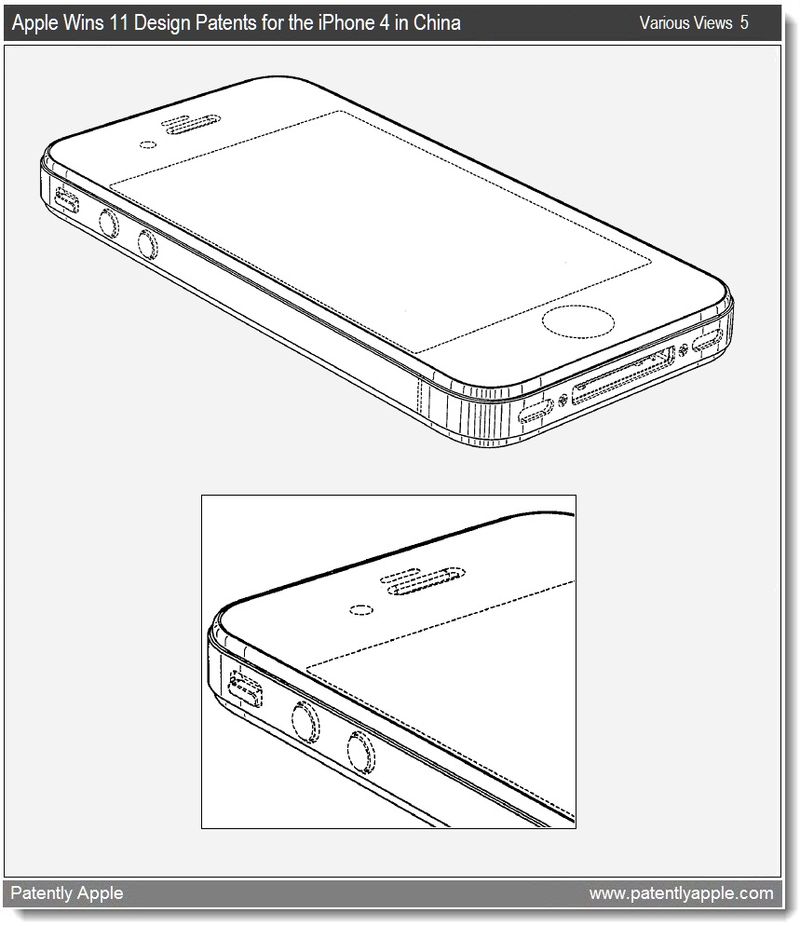 On the other hand, by breaking down the individual components of the iPhone 4 into 11 design patents, Apple is covered for every distinct component of this design – be it the band, the gorilla glass, the positioning of buttons and so forth.

For example, if the iPhone 5 was to actually sport a metal back as the rumor suggests, then the nitriding stainless steel band in that design would already be covered by one of these eleven design patents. In this way, Apple would only have to update one or two of the design patents to accommodate the use of additional metal surfaces, instead of starting from scratch.

This may not prevent the hardware being copied in China though...