The US Patent and Trademark Office officially published a series of 22 newly granted patents for Apple Inc. today. In our first of three patent reports today, we point to several notable granted patents which include Apple's seventh industrial design win for their iPod touch, another which relates to the earphone jack associated with their earphone with mic accessory and a win for Apple's Bonjour technology. Yet the most interesting granted patent in this first lot that we review today, definitely goes to a smart shoe patent. This patent relates to a sporting shoe wear-out system that Apple has yet to bring to market that would warn athletes when their running shoe, ski boot and/or soccer cleats were no longer properly supporting their foot so as to avoid injury. 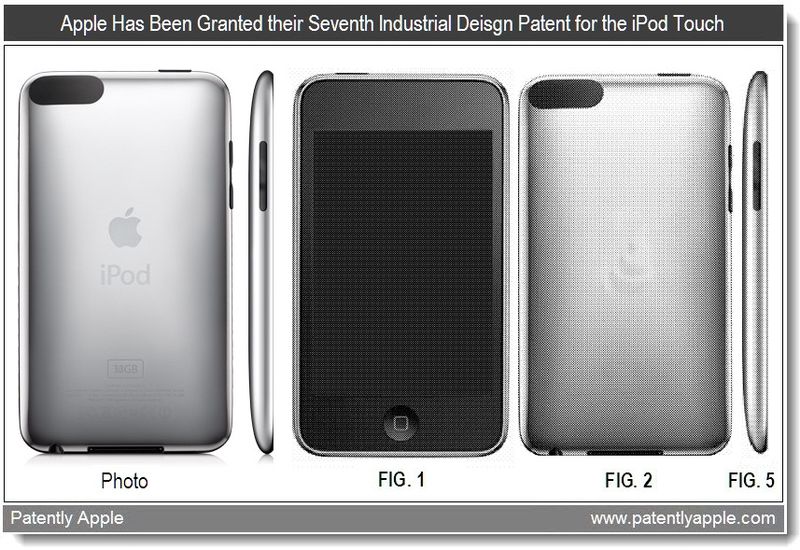 Apple has been granted a patent for a system that they've yet to implement. The background of this patent is described as follows:

Shoes (including sneakers or boots, for example) provide comfort and protection for feet. More importantly, shoes provide physical support for feet to reduce risk of foot injuries. A shoe is often necessary to provide support during intense physical activity, such as running, soccer and American football. As a shoe wears, physical support provided by the shoe decreases, thereby reducing associated protection from injury. When a critical wear level is reached, even if the shoe looks like it is not particularly worn, the shoe may not provide adequate support and may in fact, cause damage to feet. Apple's patent provides a solution to monitor the wear and tear of a particular type of sporting footwear. 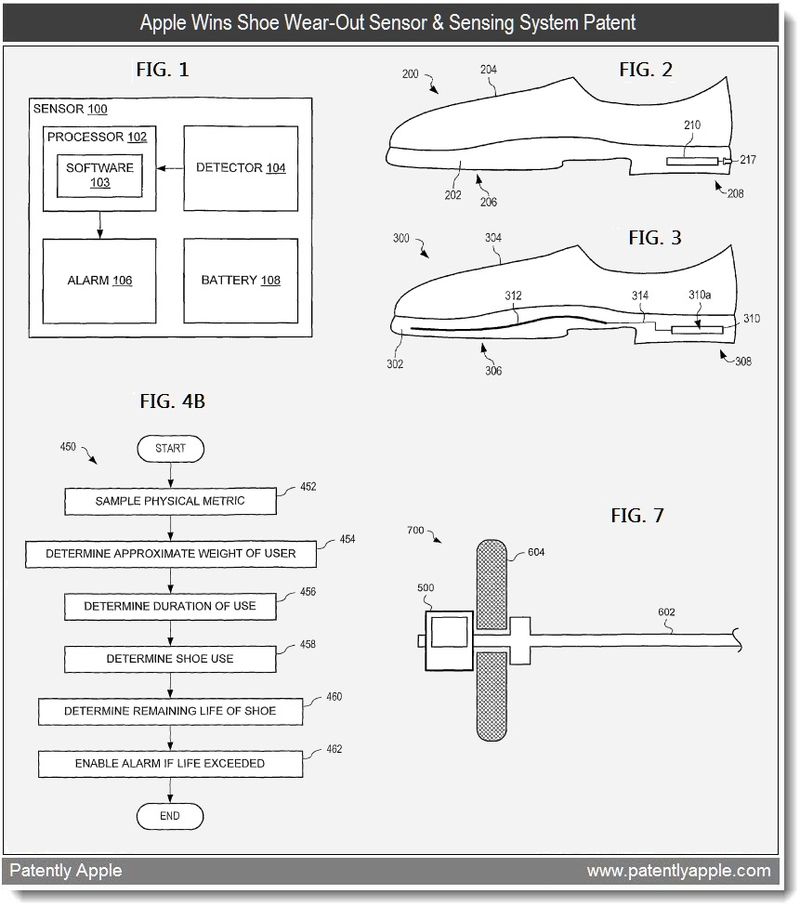 A shoe wear-out sensor (shown as patent points numbers 100,210,310 above) includes at least one detector (104,312) for sensing a physical metric that changes as a sole of a shoe wears out, a processor (102) configured to process the physical metric over time to determine if the shoe is worn out, and an alarm (106) for informing a user of the shoe when the sole is worn out.

A body bar sensing system shown in FIG. 7 includes at least one detector for sensing a physical metric that indicates a repetition movement of the housing when attached to the body bar. The embodiments of the system could include and an iPod, iPhone or even a future watch, states the patent.

Apple introduced the Nike + iPod system back in May 2006. Today's granted patent that was acquired by Apple from Curtis Vock somewhat predates the Nike + iPod system to some extent. Apple acquired other sports related patents from Vock, including ones that were reported on in June and December 2009 covering such things as an advanced heart rate monitor, sporting event sensors and a free fall system that related to ski jumping. Apple went out of their way to acquire this group of advanced sporting related patents that have yet to come to market. Whether Apple's engineers are still working on these future projects for or separate from the Nike + iPod program is unknown at this time. For more information, review granted patent 7,911,339.

Apple has been granted a patent for their earphones with remote mic that adds convenient buttons that let you adjust volume, control music and video playback, and even answer or end calls on your iPhone. In this particular patent, Apple's emphasis is on a jack constructed to receive a plug selected from at least a microphone type and a non-microphone type, wherein the jack comprises a microphone connector electrically coupled to CODEC circuitry and microphone detection circuitry. 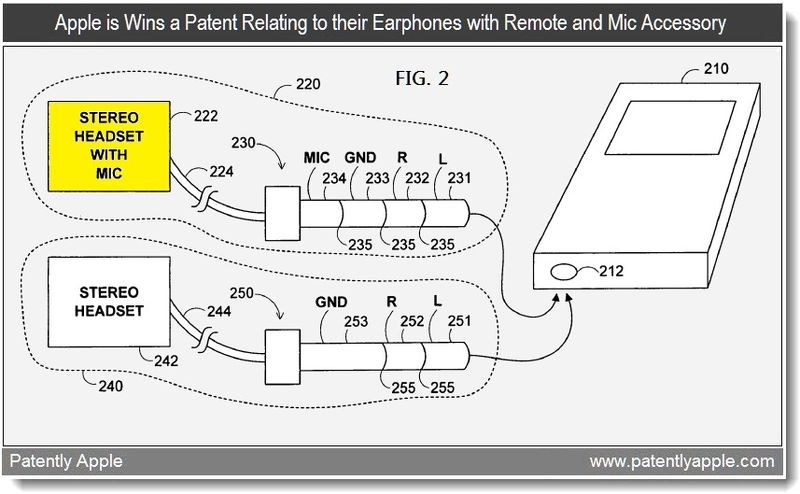 Apple's granted patent is technically about a single prong, multiple signal conducting plug and plug detection circuitry. The plug may be electrically coupled to a stereo headset including a microphone. The plug may include four signal conducting regions arranged in a predetermined order along the length of the prong. Detection circuitry may be operative to determine whether a microphone type of plug (e.g., a four region plug including a microphone region and two audio regions, or a three region plug including microphone region and only one audio region) or a non-microphone type of plug (e.g., stereo plug) is inserted into the jack of an electronic device (e.g., mobile phone). Detection circuitry may also detect user activated functions performed in response to user activation of one or more switches included with the headset. For example, the headset may include a single switch for performing a function with respect to a microphone (e.g., end-call function).

Apple's Bonjour Technology: Apple's granted patent which is titled " Invitation to bind to a device" is about communication systems. One example of a technology that facilitates binding between devices is Apple's Bonjour technology. Using the Bonjour technology, computers and other devices could automatically broadcast the services they offer, and receive corresponding information from others. This could provide setup of a computer network. Thus, a potential client device (say an Apple computer running the Mac OS X operating system), could receive a Bonjour invitation either through a wireless or wired connection. Upon the client device presenting the invitation, the user could decide whether to accept it (e.g., and bind to the server device) or to decline the invitation. For more information, see granted patent 7,912,962.

See our other granted patent reports available today: The first is titled "Apple Advances the Antenna System for the Telephonic MacBook" and the second is titled "Apple Wins Patents for Shake, Spotlight and the Clickwheel."

The shoe sensing technology could be a huge boon for patients suffering from neurological or orthopedic disabilities affecting the lower limb. Sometimes us clinicians suspect or even recognize a disease by noticing how the person walks and his/her shoes are worn out.