The US Patent and Trademark Office officially published a series of 23 newly granted patents for Apple Inc. today. In this first round of granted patents that we'll be covering today, the notables include a series of Apple product designs along with high profile patents for Apple's iChat video conferencing system, the iPhone 4's sexy stainless steel band and the iPhone 4's winning design.

Apple has been granted four distinct design patents today that include their sexy iPhone 4, the original iPhone & Bluetooth Headset Dock, their 2009 compact wired keyboard and their second generation iPod. Minus the empty hoopla over the antenna design, the iPhone 4's design truly stands above all smartphones on the market today. 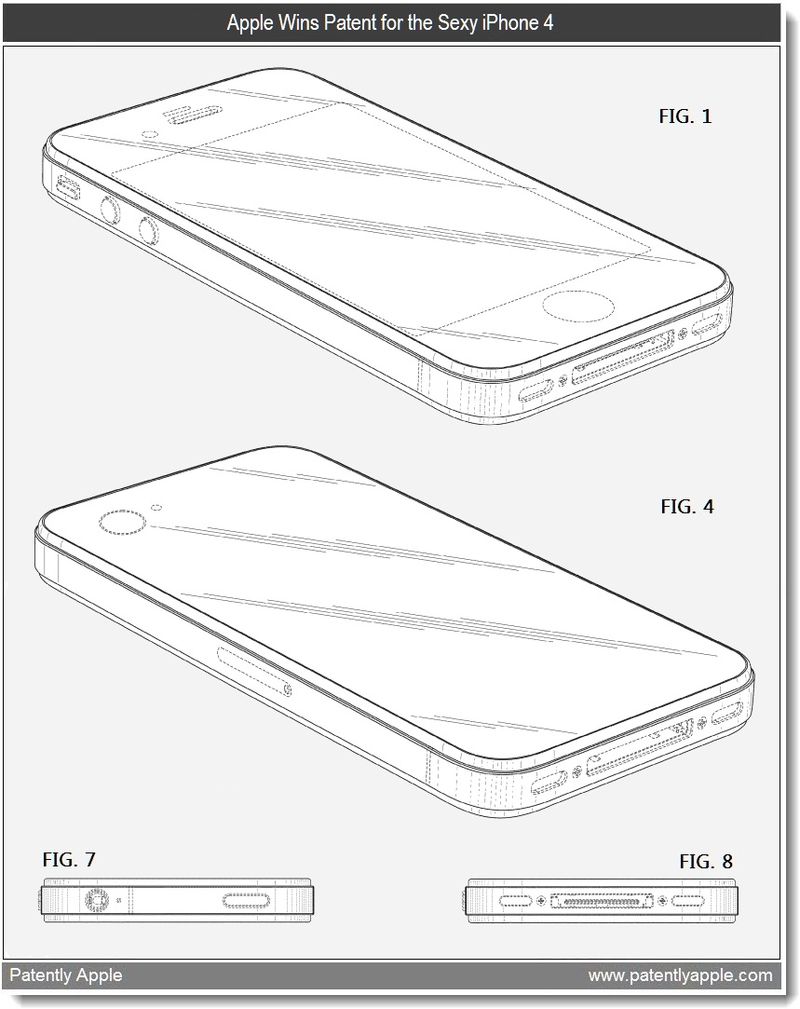 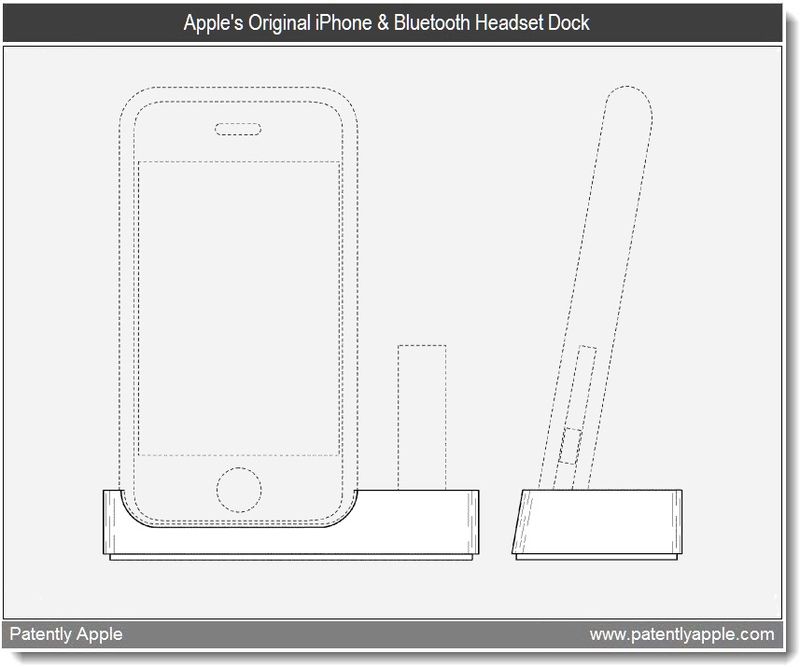 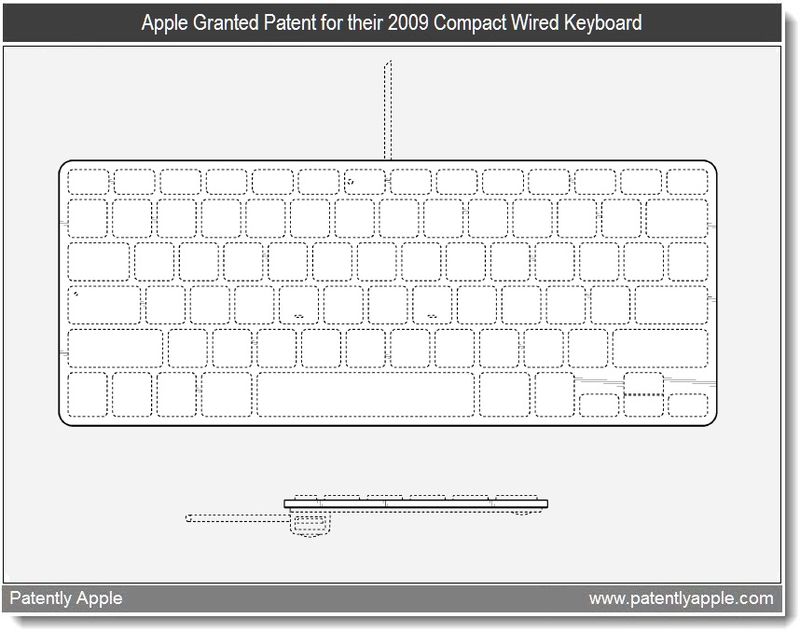 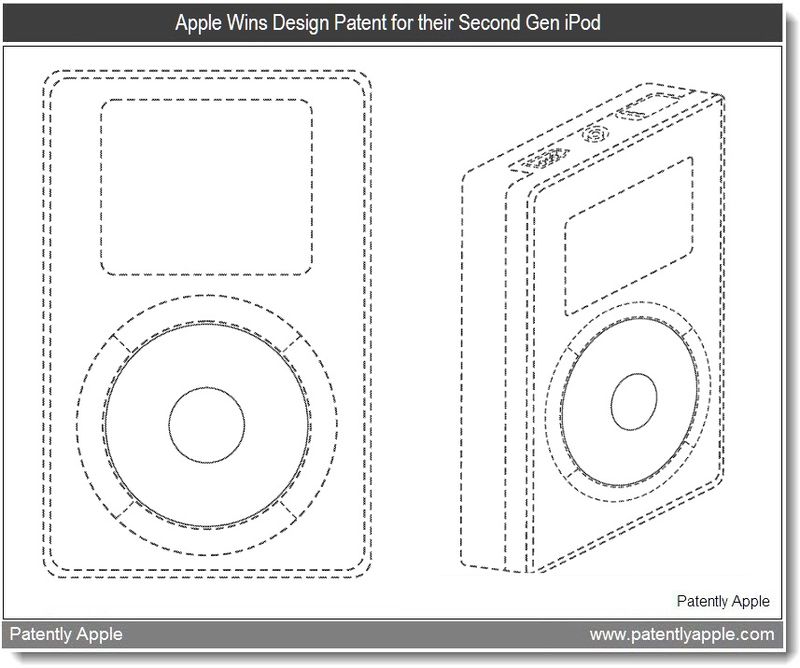 Apple's newly granted patent covers their invention which facilitates the mass production of consistent and aesthetically pleasing nitrided stainless steel components used for consumer electronic products such as the current iPhone 4's steel band. The detailing of the nitride layer being formed using a salt bath nitride process was originally described in our October 2010 patent report titled "Apple's Fanatical Eye for Detail Extends to the iPhone's Steel Band." According to Apple's patent, we could likely see Nitriding Stainless Steel being extended to other Apple products in the future like the iPod touch, a future edition of Apple's MacBook Pro and other products not described.

It's taken quite some time to get through the system, but Apple has finally been granted a patent regarding iChat, their multi-participant videoconferencing system. Apple's iChat was first introduced in 2003 with the ability to video chat with only a single person. It later progresssed to the version that has won a granted patent today. 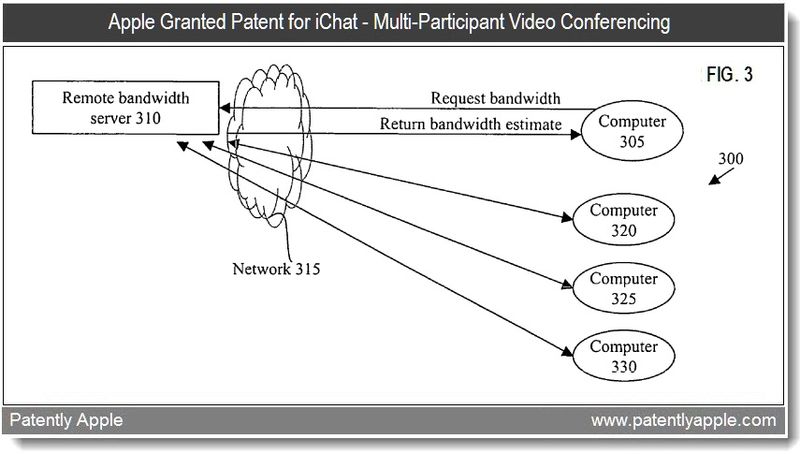 Apple credits Jim Normile, Hyeonkuk Jeong, Joe Abuan, Ryan Salsbury and Berkat Tung as the inventors of Granted Patent 7,899,170, originally filed in Q2 2005 – though documents within the patent clearly go back much further. Mr. Jeong has since moved on to LG Electronics and Ryan Salsbury to Caustic Graphics.

Information about other granted patents will be listed here later today