The US Patent and Trademark Office officially published a series of 12 newly granted patents plus 4 unique design patents for Apple Inc. today. In our first granted patent report of the day we'll show you Apple's four winning hardware designs in addition to giving you a peek at one of Apple's forthcoming iPhone e-wallet icons.

Apple has won a number of key design patents today, starting with their cool MacBook Pro – which might even get cooler this week if the rumors pan out. All of the design patent credits today include CEO Steve Jobs and VP Industrial Design Jonathan Ive.

Apple's MacBook is truly different with its patented unibody enclosure, industry-first features, and environmentally sound design. It's a revolution in the way notebooks are made. If you've never seen their video about the unibody, then check it out here. 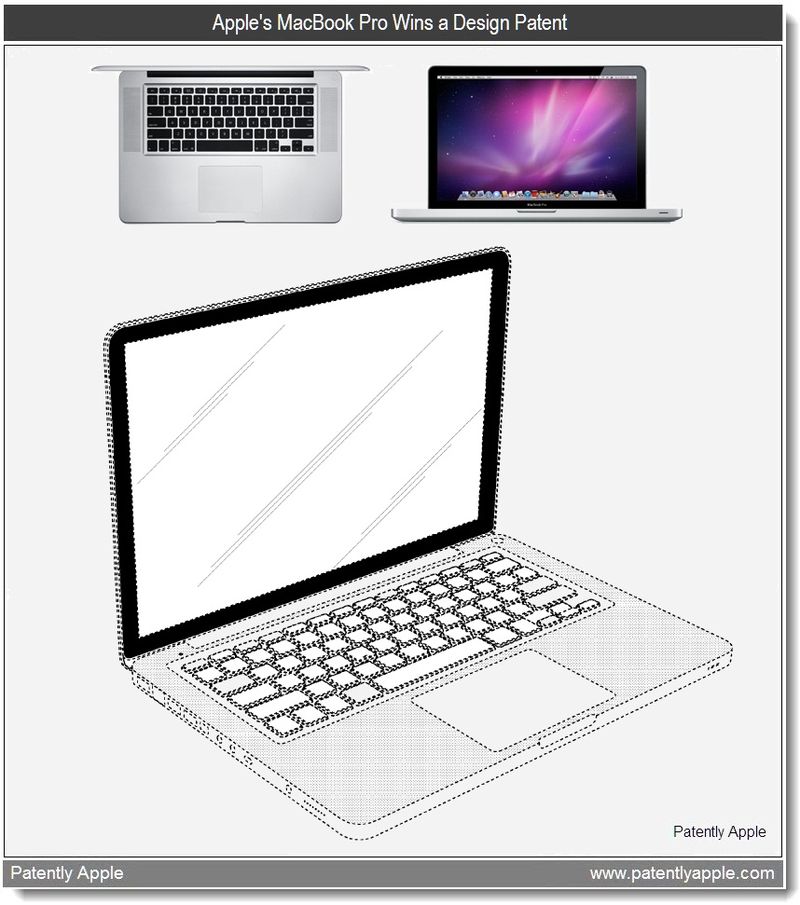 Apple's wireless keyboard has a compact design that takes up 24 percent less space on your desktop than their full-size keyboard. Apple says that you'll feel a difference when you type on its low-profile anodized aluminum enclosure with crisp, responsive keys. Use the function keys for one-touch access to a variety of Mac features such as screen brightness, volume, eject, play/pause, Exposé, and Dashboard. 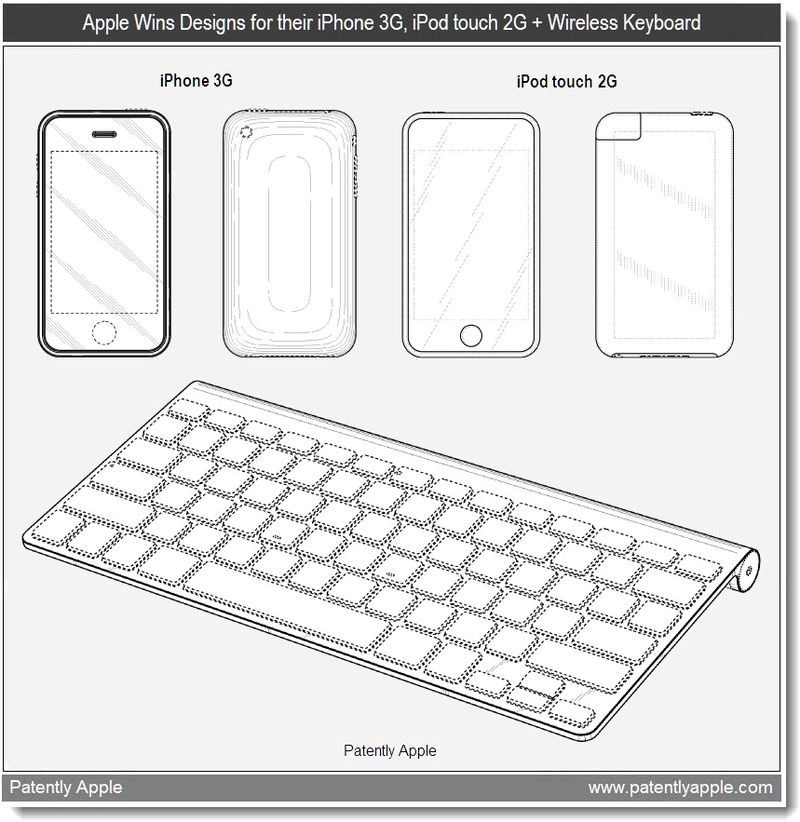 When I first saw Apple's wireless keyboard with my new iMac, I wasn't impressed for some reason; until I tried it out, that is. Now I'm totally addicted to it. My wife bemoans using her PC keyboard because there's no equivalent on the PC side of things. This little keyboard is lightning fast and they should seriously consider making it available with a USB wireless stick for PC's.

All of the design patents noted above were originally filed in mid to late summer 2010.

A recent Apple patent revealed a likely Future version of the iPhone's forthcoming e-Wallet icon. There's nothing like getting a peek of the future is there? Of course Apple could be teasing us and change the icon at the last moment. That's okay too – because the point here is that Apple's engineers are spelling it out: The e-wallet is coming! For more on the e-Wallet, check out our NFC Archives. 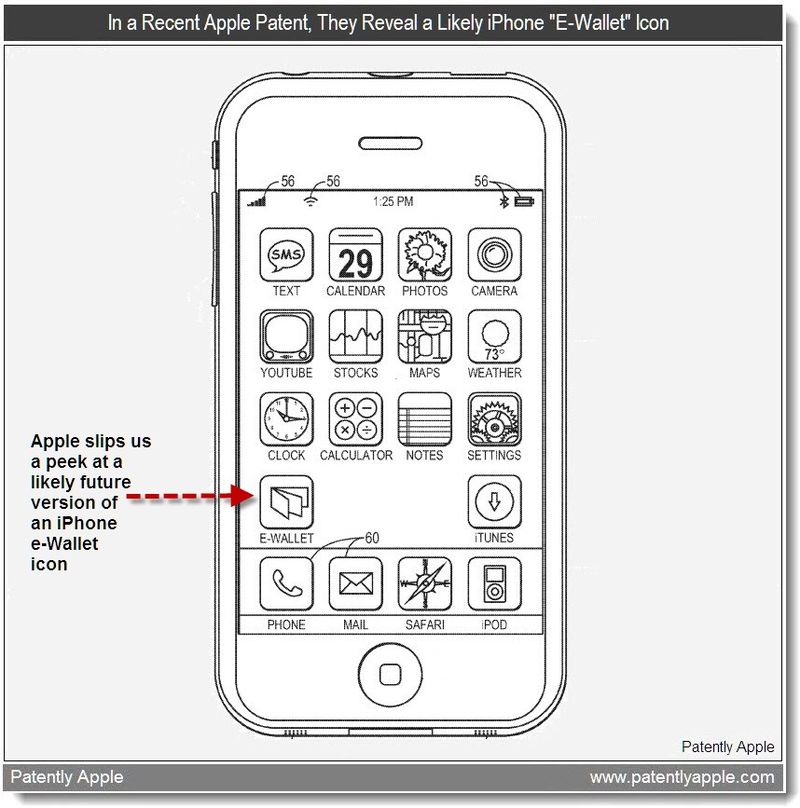 Update: For interest sake, EWALLET is currently a registered trademark of Illium Software under number 3,466,971. And because Apple will no doubt be introducing an electronic wallet function to the iPhone in the future, three filling for iWallet have been made between Nov 2010 and Feb 2011 from individuals who may be hoping to cash in on the branding that Apple usually adopts. Time will tell how this plays out in respect to what trademark Apple will choose (e-Wallet, iWallet or "Transaction" which we presented to you in the link above) but the bottom line is that Apple is serious about bringing methods for electronic banking to the iPhone.