It was about a year ago when we first learned of Apple's initial work on smart bezels that could one day apply to future versions of the iPad and/or other devices. As is the case with most cyclical research, ideas have a natural ebb and flow to them. In today's report you'll learn a little more about the smart bezel's advancements via hovering technology and about a new idea to make iOS displays a little more touch sensitive – if that's even possible. The good news is that Apple has taken some of the initial technology and thinking that was behind their smart bezel project and first applied it to other devices such as the Magic Mouse and Magic Trackpad. So now that we know that touch technology can go beyond mere displays, the idea of it applying to a future iPad bezel isn't as farfetched as it may have been just a year ago. Such is the nature of progress. 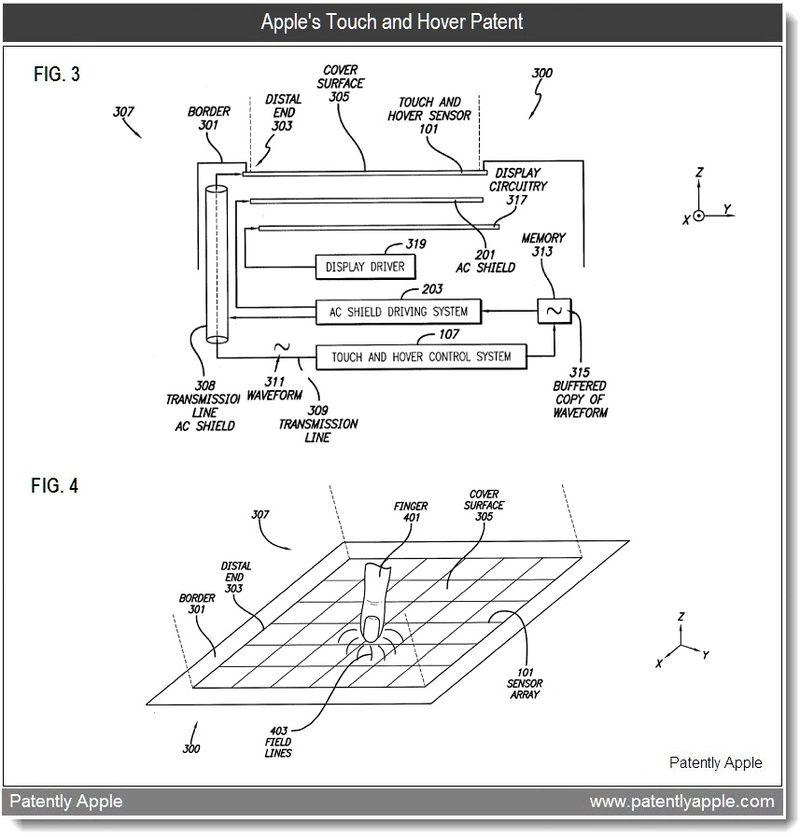 What New Capability will this bring to iOS Devices?

In some embodiments, the user input may control a GUI. For example, a finger detected moving in a border area may control a GUI item, such as an icon, a slider, a text box, a cursor, etc., in correspondence with the motion of the finger. You'll notice in patent FIG. 4 above that the "border" is technically the bezel of the device.

Hmm, that get's you thinking doesn't it? I could easily see Apple adding a few easy gaming controls to the bezel so that when you fire up a game, you could program the bezel with easy options like two fingers up equals jump. Just like how you add options for the Magic Mouse. 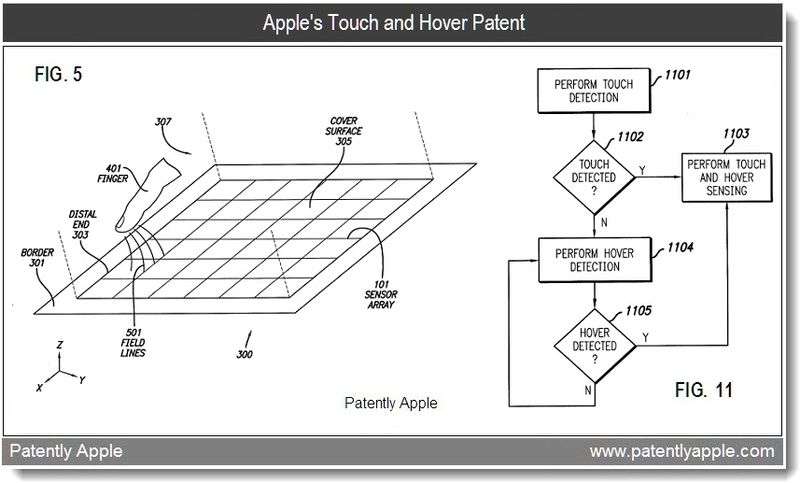 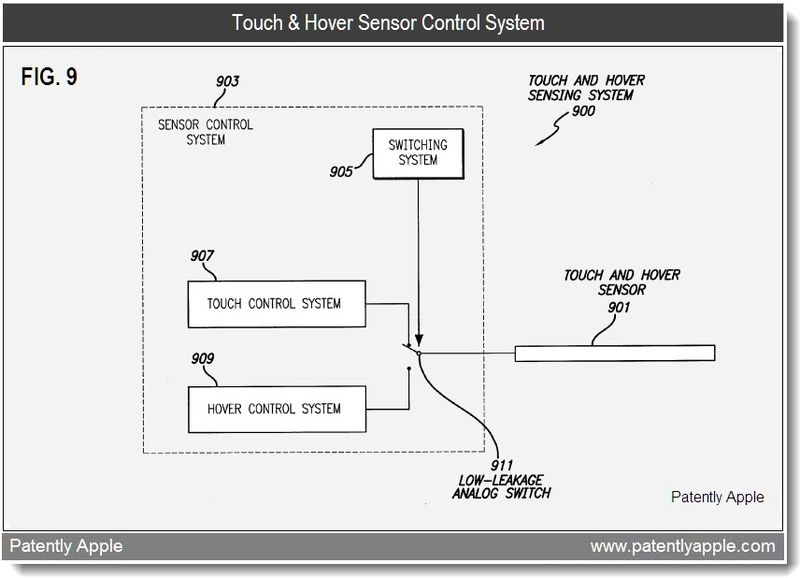 In operation, the switching system determines when switching from touch sensing to hover sensing, and vice versa, should occur and operates low-leakage analog switch to switch between the touch control system and the hover control system accordingly.

In another display related patent we once again see Jeffrey Bernstein along with team members Brian Lynch and Richard Dinh working on the use of an anisotropic optical cover for future iOS devices. 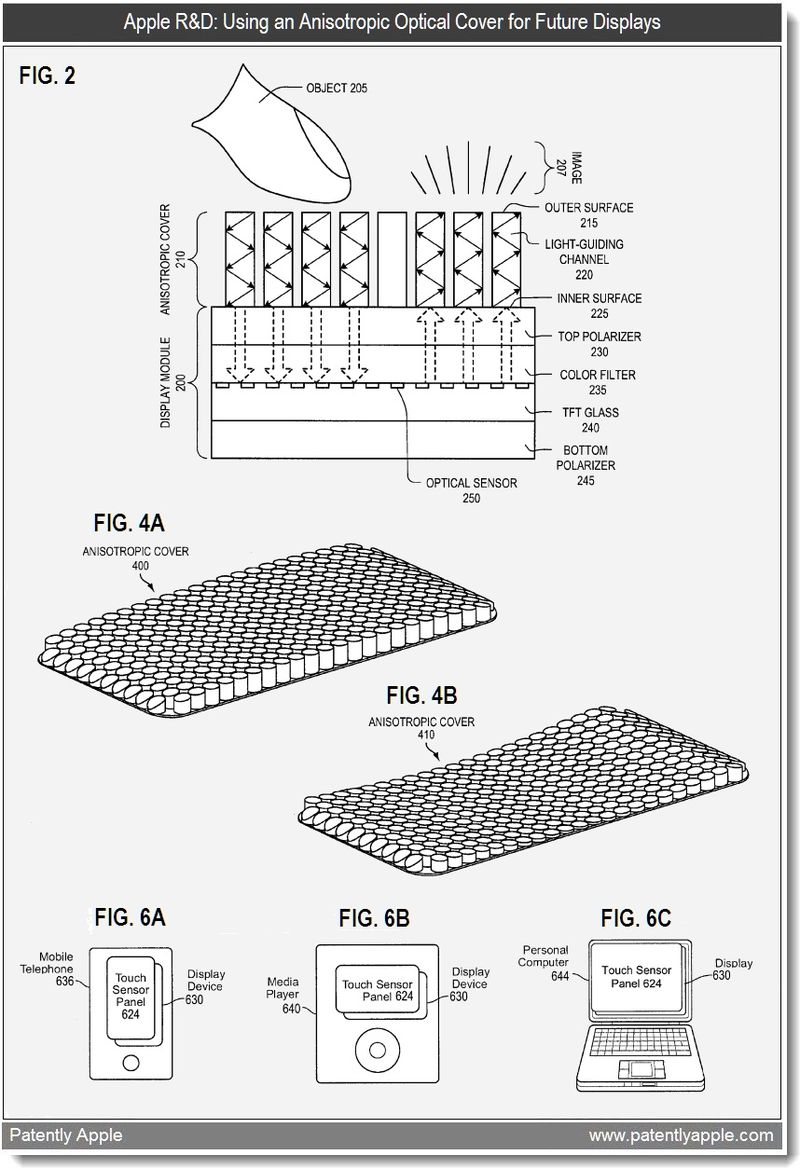 According to Apple's patent, the current positioning of a display device behind a touch sensor panel in a touch screen could present certain issues. For example, although touch sensor panels are constructed of clear materials, the clarity of a displayed image could be negatively impacted when transmitted through such materials.

Touch panel detection according to embodiments of the invention could be improved by arranging an optically anisotropic cover over a display module within which an optical sensor panel is embedded.

The technology could improve display clarity while improving touch panel detection for touch sensor panels embedded in display modules. The technology could be used on devices ranging from the iPhone to the MacBook as indicated in patent figures 6a-c above.