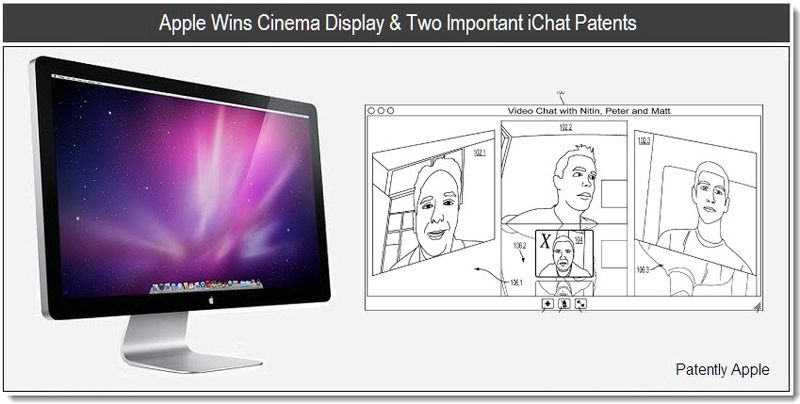 The US Patent and Trademark Office officially published a series of 16 newly granted patents for Apple Inc. today, and in this report we cover Apple's design win for their Cinema Display and focus on two important iChat related patents covering sophisticated audio and their cool 3D-like interface design.

Apple has been granted a design patent for their LED Cinema Display. It'll be interesting to see if Apple raises the quality bar in 2011 by introducing a leap to OLED for their high-end Cinema Display. For What Apple charges for their stand-alone display, they should. It's a big patent day for Apple's iChat – as they've picked up two strategically important patent wins. Apple's first granted patent relates to iChat's audio processing while patent two covers the 3D multiple panel interface that relates to streaming video. Although both patents clearly relates to iChat, I'm sure that Apple's new FaceTime will be covered under the scope of these patents. 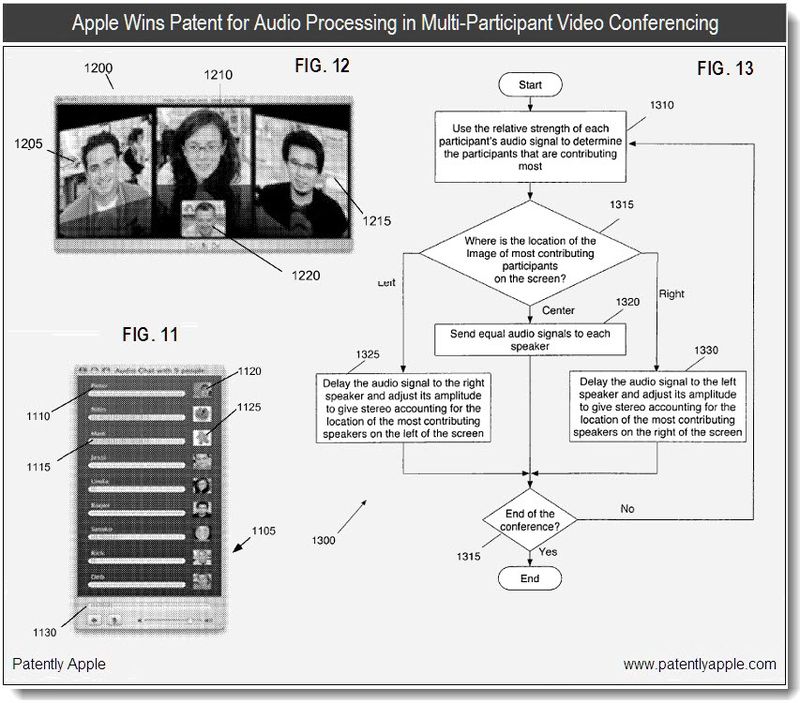 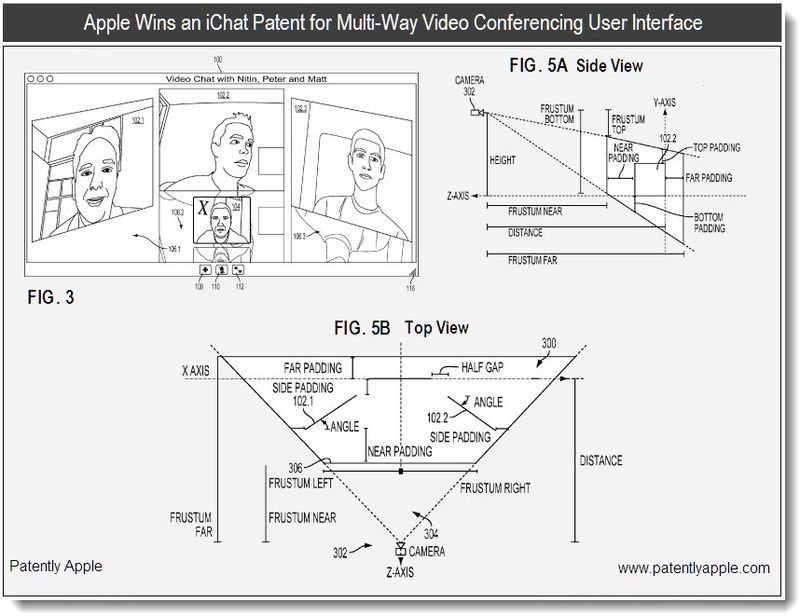 Fuel Cells: Okay, what are the Crazy Ones in Cupertino up to now? Apple has invented a collector plate made of bulk solidifying amorphous alloy. We pointed to LiquidMetal being an amorphous alloy back in June. However, the invention relates to fuel cells.  And what will Apple do with that, being that it has nothing to do with batteries? The patent doesn't say and I'm not going to guess. So - does anyone have an idea on what Apple could be up to with this invention - or is it simply a future miniature fuel cell for Apple portables?

Update: It should also be noted for trivia sake, that it's Apple's second granted patent related to Liquid Metal in the last 60 days. PikeResearch points to various markets and power requirements per industry segment while providing a time frame for the micro-fuel cell segment to come to market being between 2012 and 2017.

It should also be noted that Apple's patent actually presents very little reference in respect to what end products Apple is aiming for. The only reference in the patent of an end-product range is as follows: "This increased efficiency is particulary useful for the application of fuel cells in mobile devices and equipment, such as automobiles and the like because the less bulky the fuel cell, the easier it is to provide storage for the device on such a mobile device." Read into that as you will.

Network Computing: The naysayers once argued that Apple would never, ever, ever touch NC's, network computing. Years later and Apple has been granted a patent relating to network computing (NC). In particular, it relates to the provision, administration and maintenance of an operating system in a net-booted environment.

Mac OS: Apple has been granted another patent relating to the Mac OS translating data objects from big-endian to little endian, as an example. By placing data object format translation capabilities into the OS, the software development effort required to permit an application to execute in a heterogeneous environment is signficantly reduced. For more information see Apple's patent titled "Typed-Data Translation for Platform Independence."