This is one of Apple's earlier multi-touch patents. In fact, it was only filed weeks after the iPhone was officially released. Technically, it's also a fulfilled patent in that it's in practice today.

The patent figures 5A, B, C, K, D, E, F and G noted below, illustrate a wide overview of what the patent covers – in terms of types of e-documents and methods. 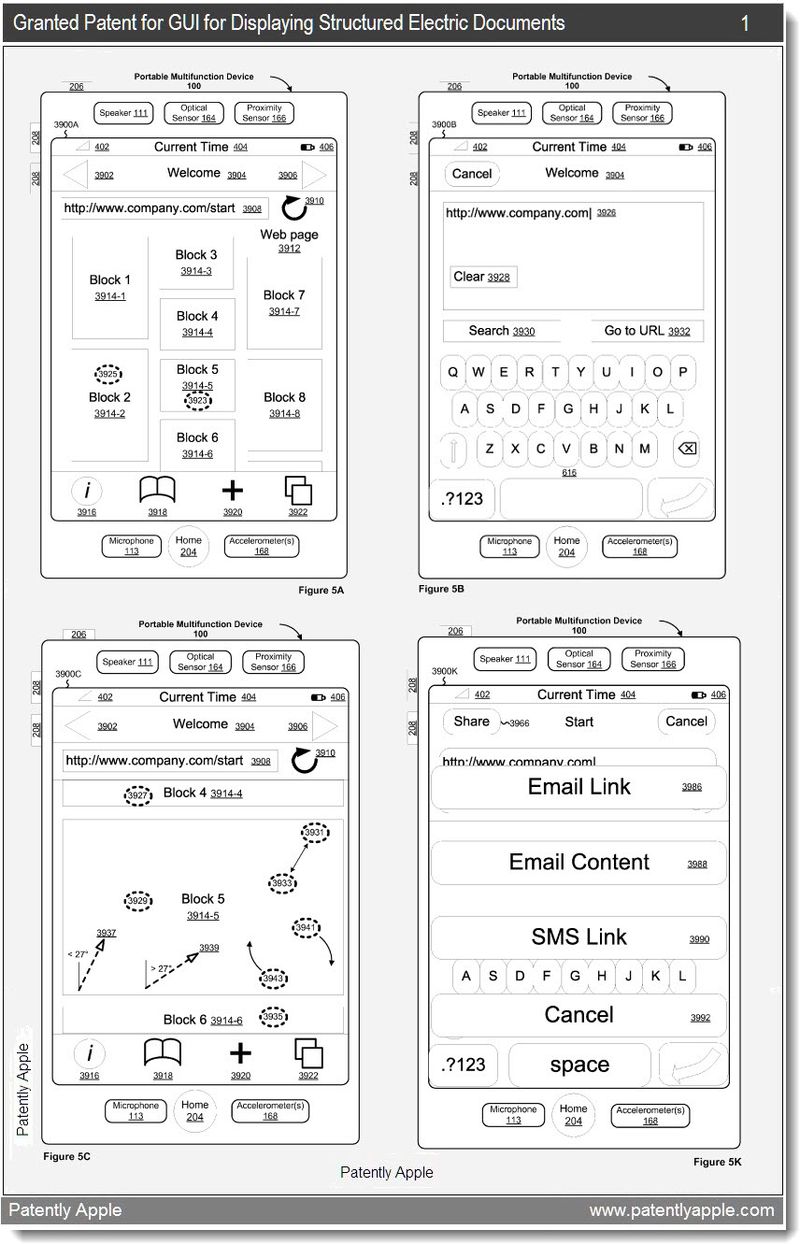 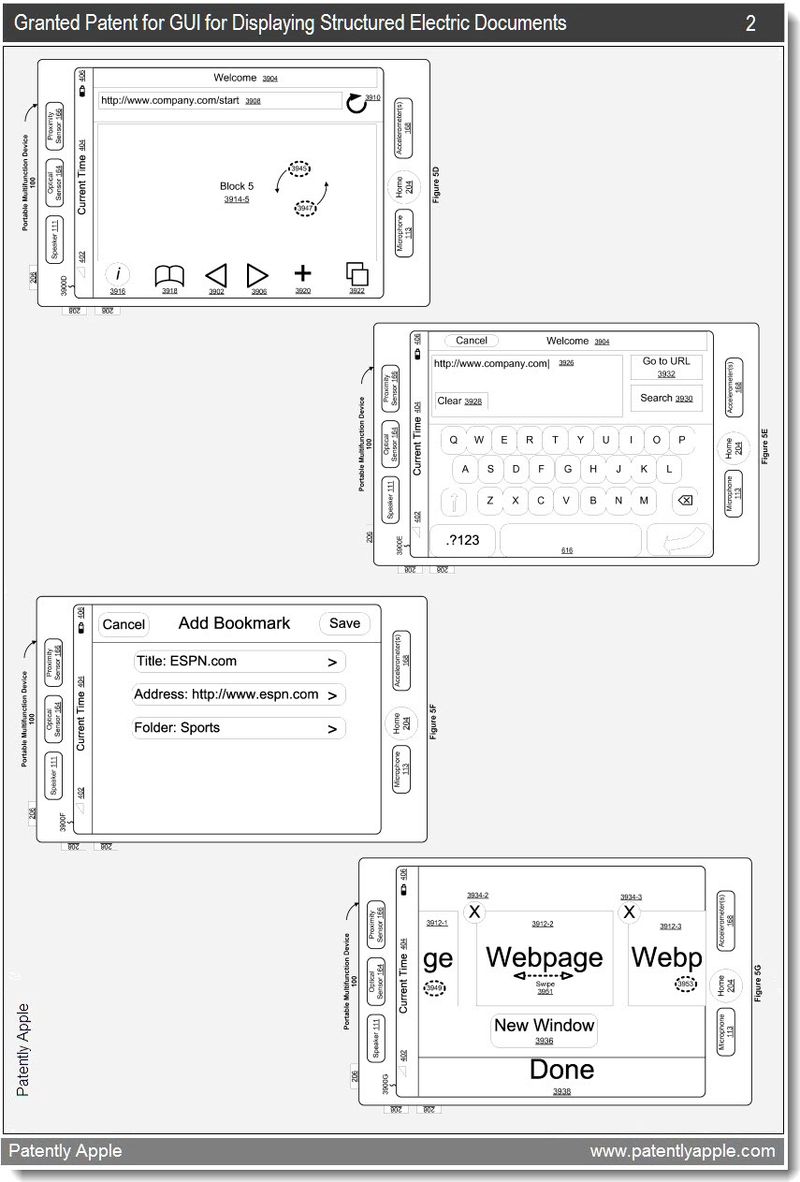 Technically speaking, the patent covers electronic devices having a touch-sensitive display with a graphical user interface (GUI), one or more processors, memory and one or more modules, programs or sets of instructions stored in the memory for performing multiple functions. In some embodiments, the user interacts with the GUI primarily through finger contacts and gestures on the touch-sensitive display. In some embodiments, the functions may include telephoning, video conferencing, e-mailing, instant messaging, blogging, digital photographing, digital videoing, web browsing, digital music playing, and/or digital video playing. Instructions for performing these functions may be included in a computer readable storage medium or other computer program product configured for execution by one or more processors.

Apple's in-depth claims cover such matters as resizing text; scaling documents; viewing documents, web pages and/or other programs in portrait or landscape modes; gesturing, tap gestures, multiple tap gestures, swipe gestures with a finger or stylus; how documents are associated with a "render tree" and much, much more. 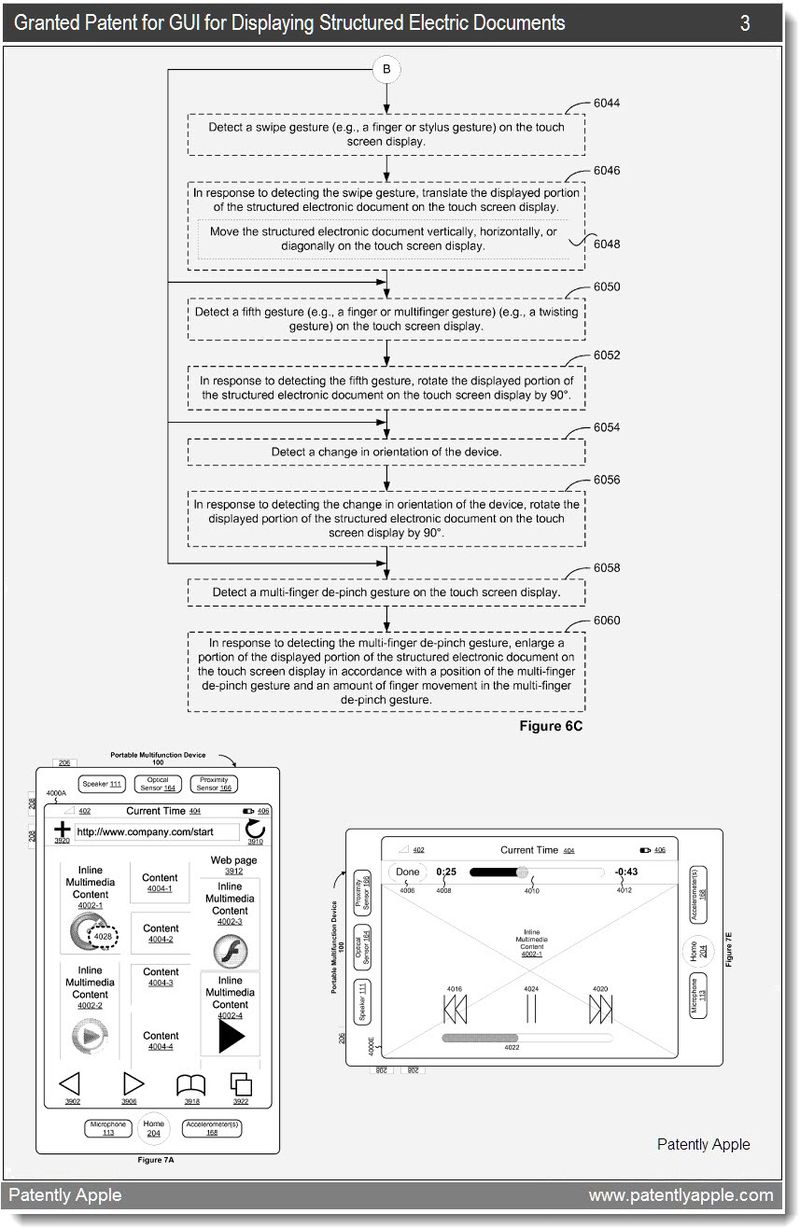 Apple's patent figures 7A and E noted above illustrate exemplary user interfaces for playing an item of inline multimedia content. Apple's patent 6C is one of Apple's flowcharts displaying a process for displaying structured electronic documents.