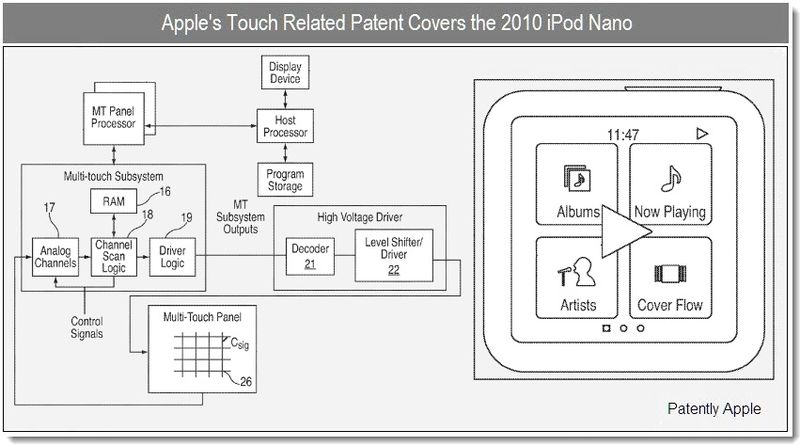 Some think that patents never get fulfilled. How Silly. Every major Apple hardware and software upgrade as well as every new-to-market product that Apple introduces is heavily patented on several fronts. Sneakily, today's patent application is technically a fulfilled patent. It's the patent that covers Apple's all-new 2010 touch-centric iPod nano. And, the patent may actually foretell of a new touch control being considered. For you patent sleuths, dig in!

Even though we know this patent is all about the new 2010 touch-centric iPod nano, there's a technical side that has to be covered.

According to Apple, a user could control the playback of media on the iPod nano may not have dedicated playback control buttons or interfaces. In addition, a user may wish to control media playback operations without needing to first look at a display to select a specific displayed option. To allow a user to control media playback using a touch sensing device without requiring the selection of displayed options, the electronic device, which we now know is the iPod nano 2010, includes a mode or configuration for which the touch sensing device could sense touch events, but not display any content on a display. For example, an electronic device with a touch screen could have a mode in which no content is displayed on the touch screen (e.g., the touch screen remains dark), but the touch screen is operative to detect touch events of the user.

In some embodiments, the user could control volume operations or other playback operations by providing touch events that do not correspond to button press events provided by a remote input interface. For example, the user could provide a circular touch event to control the volume of played back media. While I'm not familiar with the new iPod nano, it doesn't appear to be an interface gesture that Apple illustrates on their iPod nano webpage. Check out Patent Figure 9A below to see a visual. Today the "rotate gesture" is associated with turning the display. So we may actually see new touch inputs for the iPod nano in the future. 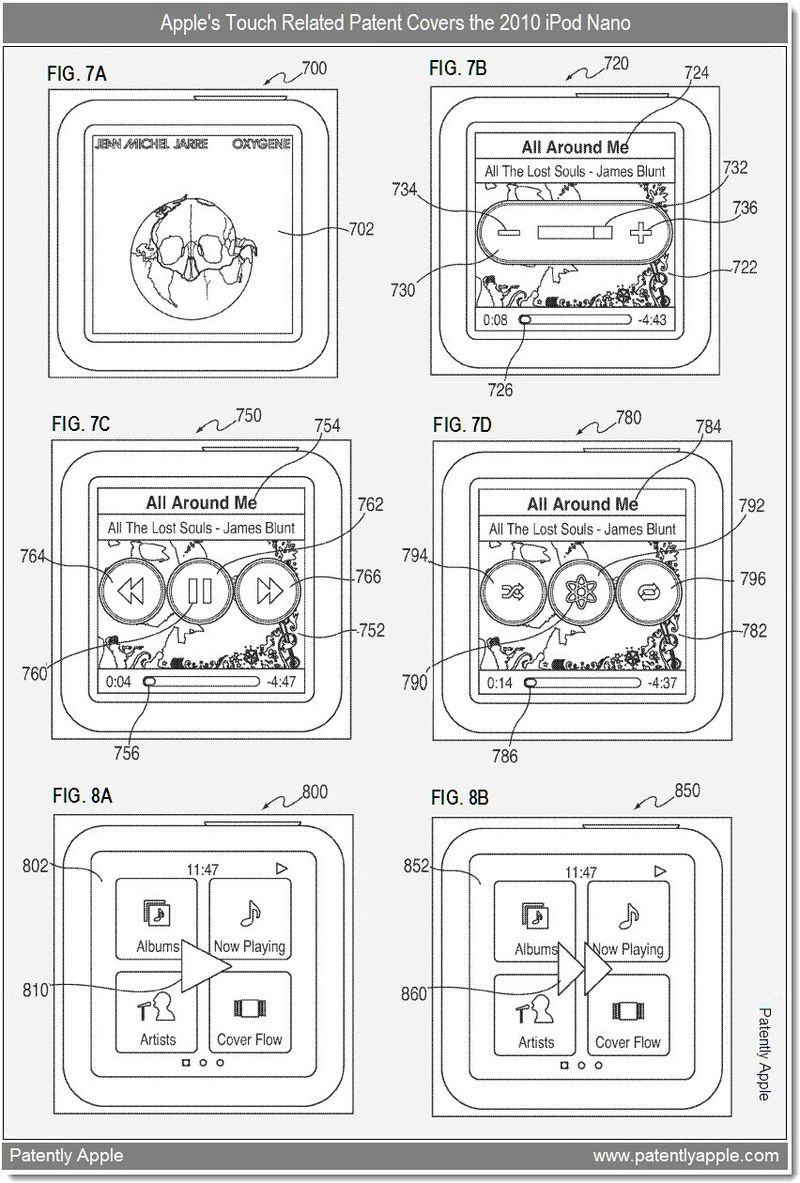 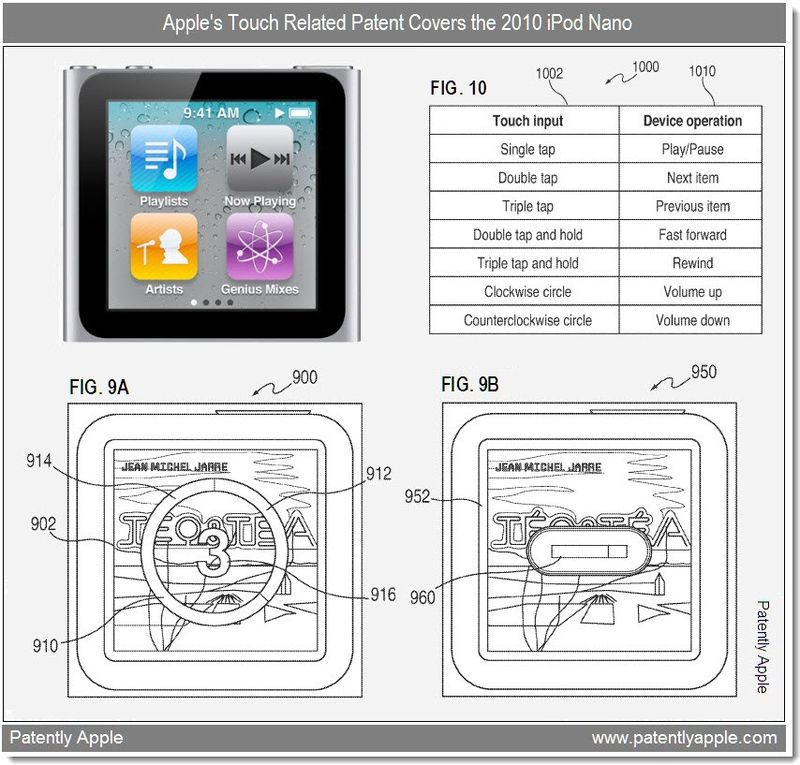 Apple credits Duncan Kerr and Nick King as the inventors of patent application 20100328224, originally filed in Q2 2009. This patent is technically considered a fulfilled patent – as Apple introduced the featured-product prior to the patent coming to light. Sneaky!

If you're interested in GPS related technology, then Apple has a patent for you to dig into. According to the patent, a GPS receiver can record points (or track points) associalted with a track, such as over a period of time. Apple's patent 20100332124 discloses technology relating to analyzing this track data. Another patent application published today discusses how Mac desktops and notebooks handle multiple graphic processors (GPUs) under 20100328323. To view any of these patents refer, simply feed the patent number into this search engine.