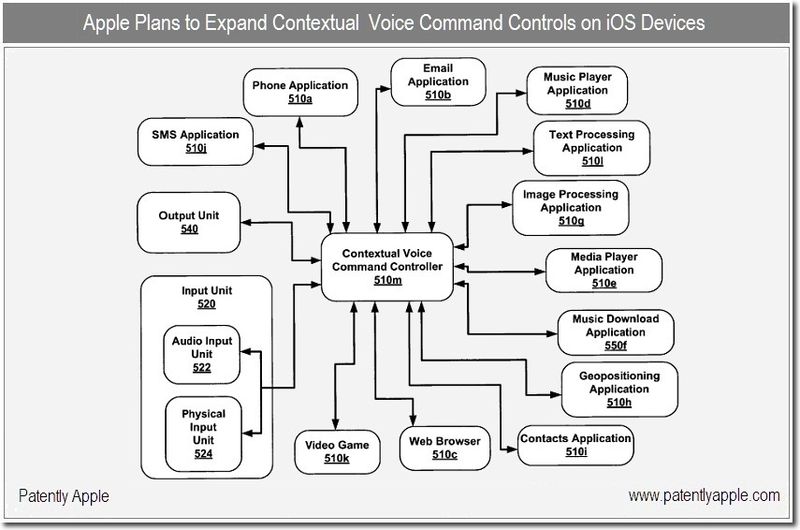 The US Patent and Trademark Office officially published over 40 new Apple patent applications today. One of the themes that emerged was that of expanding Apple's VoiceOver capabilities to assist those that are visually challenged along with the expansion of contextual voice commands that could find their way into future iOS based apps like GPS and video games.

To make it easier for the blind and those with low-vision to use a computer, Apple has built a solution into every Mac, called VoiceOver. It's reliable, simple to learn, and enjoyable to use, states Apple's website page dedicated to the subject of Accessibility.

Three of Apple's latest patents covering the technology and methodology behind their iPhone Accessibility program were published today. These in-depth patents cover every possible detail that you could possibly imagine and more. 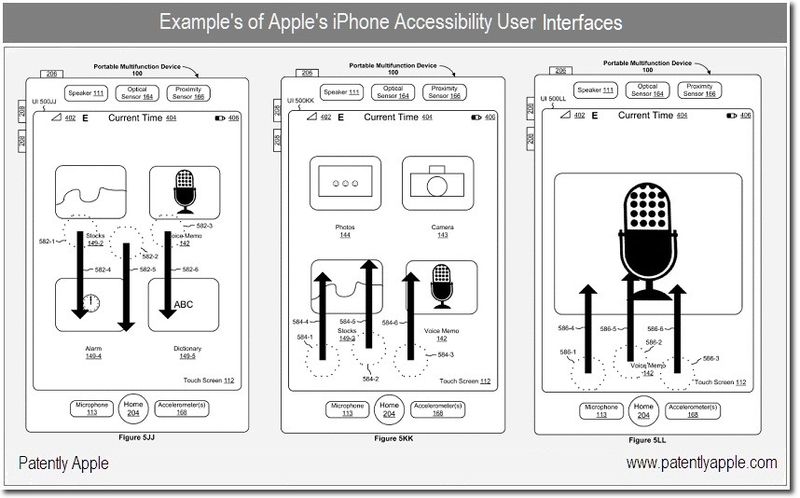 Apple credits Christopher Fleizach and Eric Seymour as the inventors of patent applications 20100309147 and 20100309148. They're also present on the third patent application 20100313125 which also includes fellow engineer Reginald Hudson. All three patents were published in Q3 2009.

One of Apple's Life on the Go Features for the iPhone is about Voice Memos. Apple's webpage states "Capture a thought, a memo, a meeting, or any audio recording with Voice Memos. When you're done, edit your recording – then send it via email or MMS." Voice commands are also part of the iPod touch to control your music. In Apple's latest patent on the subject, we're able to see that they're thinking of expanding voice commands into apps like video games, Safari, GPS and more. Unfortunately Apple doesn't provide us with video gaming examples; the one that most of us would like to know more about. It has been said that Apple is reserving the instruction "Beam Me Up" for their 2030 iPhone. Okay, I just wanted to know if you were still paying attention – ha!

A 2008 patent of Apple's surfaced again under continuation patent 20100312920. Although we covered Apple's granted patent on this subject under 7,589,629 in September 2009, there were a few new images worth noting as shown below. 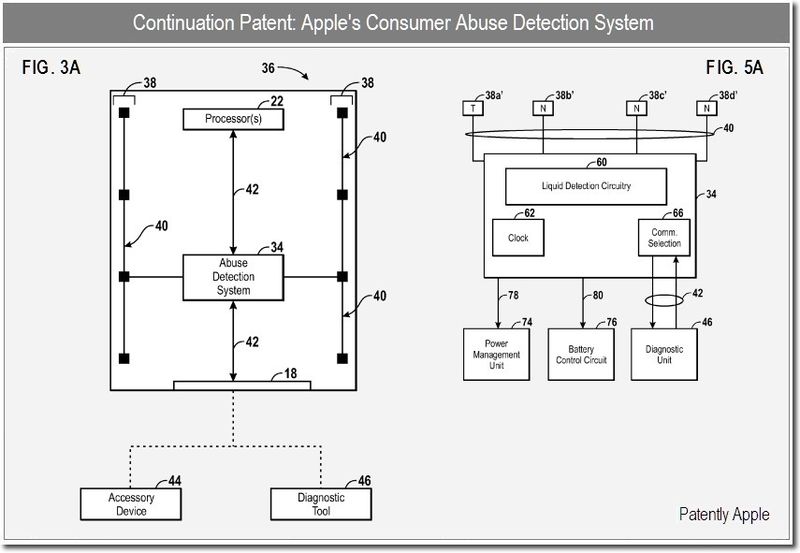 The heart of the patent is that Apple has a method of determining whether a returned product, or one under warranty, is a legitimate claim or not. More importantly, they could determine if the damage was brought about by consumer abuse. Althought the patent's illustrations are showing that of an iPod or iPhone, the fact is that Apple's detection system applies to all of their hardware including the iMac, Mac Pro, MacBook and now, even the iPad. This is likely one of the reasons for the patents' continuation. The patent is quite the detailed overview of how they determine abuse, if this holds any interest for you.

EB, just click and hold the middle clicker button, if you have your headphones in. When the Voice Command interface chirps at you, ask it what "What time is it?", and it will tell you.

@EB-"What time is it?" is and has been a voice command.

Would they just add "What time is it?" already? I can't tell you how much I hate to have to pull my phone out of my pocket and turn the screen on when I just want to squeeze my mic and say that. Seems so simple.