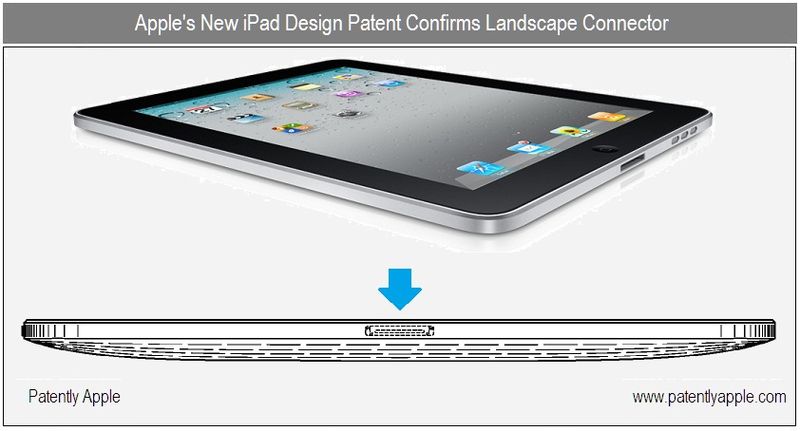 As the old saying goes, sometimes you can't see the forest for the trees. Today, Apple was granted design patents for the iPad and iPhone 4. In total, there were 18 patents to report on today and we didn't initially see that Apple's US granted patent graphics actually confirm that there's an extra landscape docking connector in the design. Is this feature coming to the iPad-2 in 2011? We certainly hope so.

This is Apple's third confirmed design patent illustrating the extra landscape docking connector. The first popped up in China in September, the second in Europe in October and now in the US in November. Being that Apple never corrected the design before hitting the USPTO; we could feel pretty confident that the connector is on track for iPad-2. Okay Apple, enough with the teasing: Deliver it already! 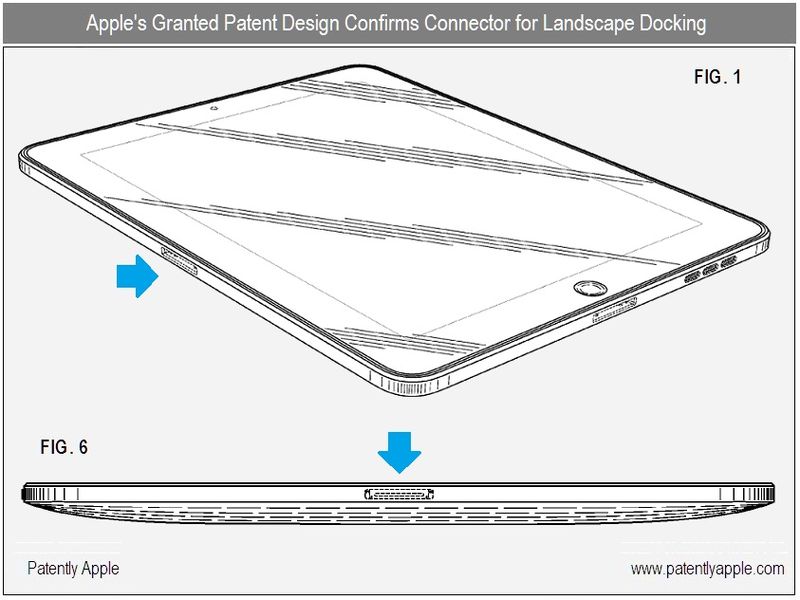 It's not like the competiton is waiting around. Apparently Acer is on track for landscape docking in Q1 2011, and it looks pretty cool.

Of course there'll be a FaceTime camera on the iPad. I think they're going to have it on every apple product

It looks like there's no 2nd camera on the back.

@ Chkh - I think it's inevitable. Some think it's a light sensor chkh, but if you think that Apple won't be bringing FaceTime to the iPad, I think you don't get Apple's product evolution. Time will tell.

does that dot mean that there will be a front facing camera too?