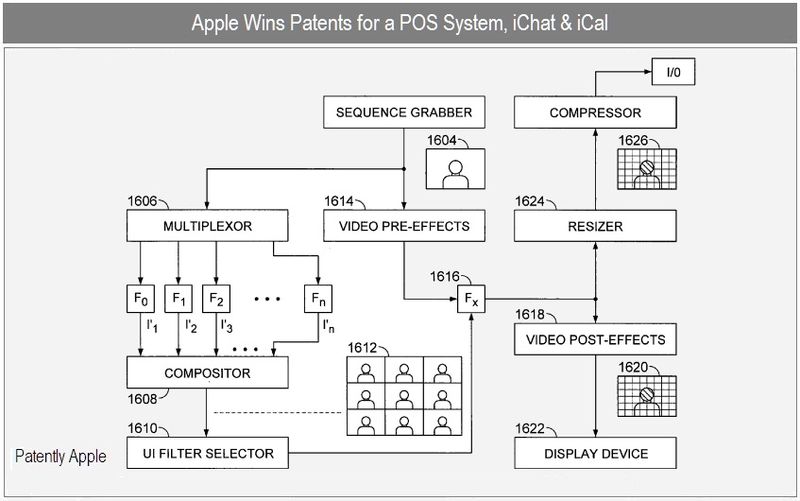 Earlier today we posted reports covering Apple's design wins for the iPhone 4 and iPad in addition to covering Multi-Touch and Liquid Metal. The last noteworthy granted patents that were published today by the USPTO involve the technology behind a point-of-sale device and system, (one that is likely used in all Apple Stores) in addition to Apple's iChat and iCal applications.

Granted Patent: Methods and Systems for Encoding a Magnetic Stripe

Apple has been granted a patent for encoding a magnetic strip. On one hand it appears that it simply relates to current or future Apple's Gift Cards and on the other hand it appears that they're going much further and describing a point-of-sale system including a device. This could very well be covering the Apple Store's in-store portable transaction devices. Whether this technology goes beyond the Apple Store isn't known at this time.

Apple's patent states outlines the background of the patent by stating that monetary transaction cards generally include smart cards, credit cards, debit cards, automatic teller machine (ATM) cards, identification (ID) cards, and pre-paid cards such as gift cards. Such monetary transaction cards typically include a magnetic stripe, or "magstripe," which is used to enable data to be stored and transmitted. Data which is encoded or otherwise stored on a magnetic stripe may be read by a card reader head, e.g., a card reader head associated with a point-of-sale (POS) system, when the magnetic stripe comes into contact with, and is swiped against, the card reader head. 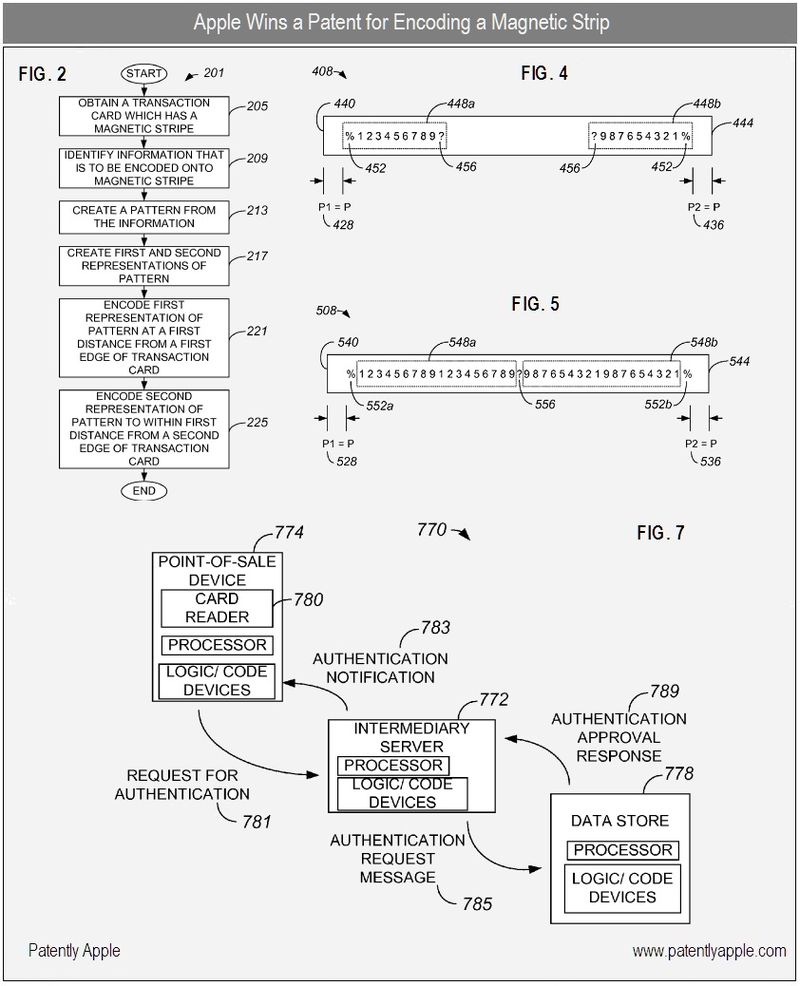 Apple's patent covers a system and an apparatus that is used to encode dual representations of a pattern on a magnetic stripe of a transaction card may generally include hardware and/or software devices.

In Apple's patent FIG. 7 above we see a block diagram representation of an example of an overall system that authenticates and reads a transaction card, such as a card. A system 770 which allows a transaction card to be authenticated includes a point-of-sale device 774, an intermediary server 772, and a data store arrangement 778. The Point-of-sale device, intermediary server and data store arrangement are generally in communication over a network that may include either or both wired and wireless connections.

Just as Apple's new video calling application FaceTime is about to leap over to OS X Lion in 2011, we see that Apple has been granted an important videoconferencing patent for their current application called iChat, which is available on all Mac products. How much of this technology will be folded into FaceTime in 2011 is unknown at this time, but suffice to say that Apple's videoconferencing technology is now protected. 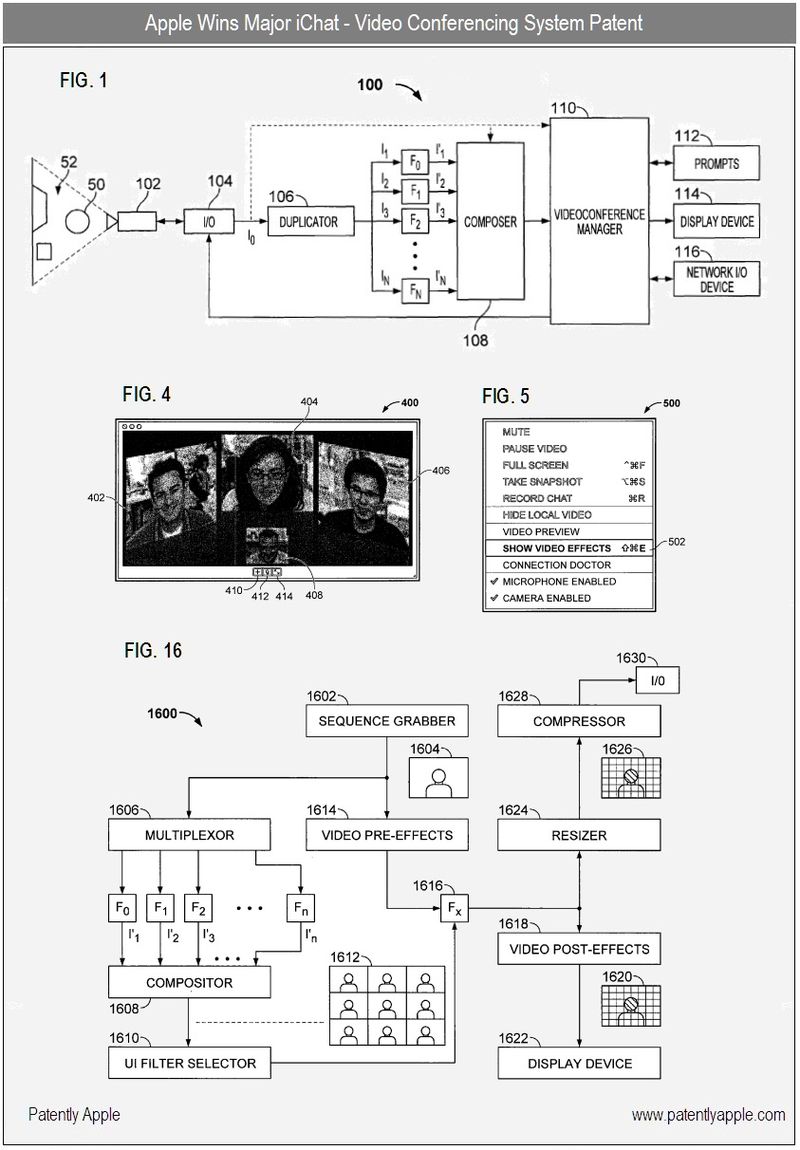 Apple has been granted a patent for iCal. Three built-in applications that work as one: Mail, iCal, and Address Book bring the power of Mac OS X to your email, calendar, and contacts. You get elegant, easy-to-use interfaces, lightning-fast searches, and complete integration across the applications and your Mac. 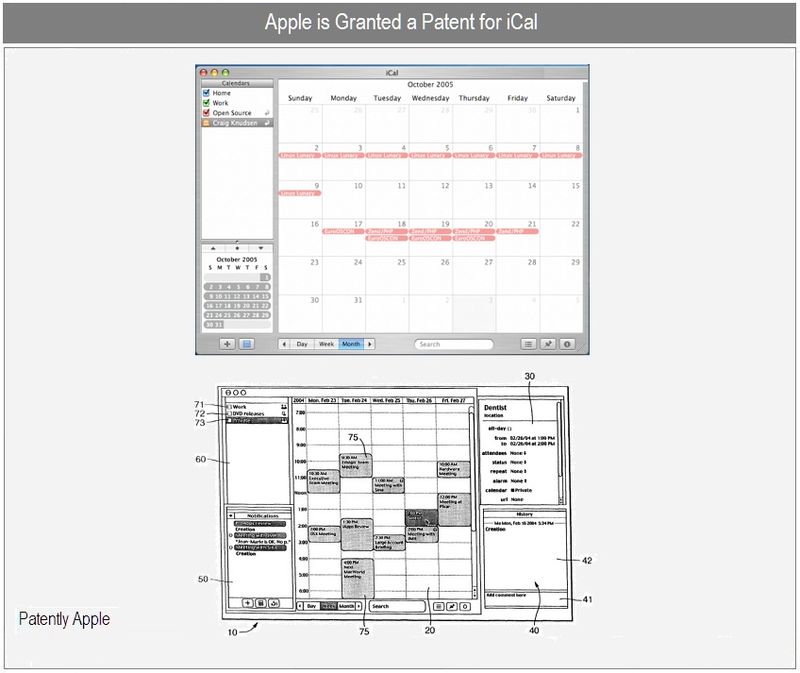 Apple credits Bertrand Guiheneuf, Sebastien Maury, Olivier Gutknecht and Julien Jalon of Apple France and Scott Ryder of Apple US as the inventors of Granted Patent 7,840,543, originally filed in Q1 2008. Technically, the patent goes back to 2004.