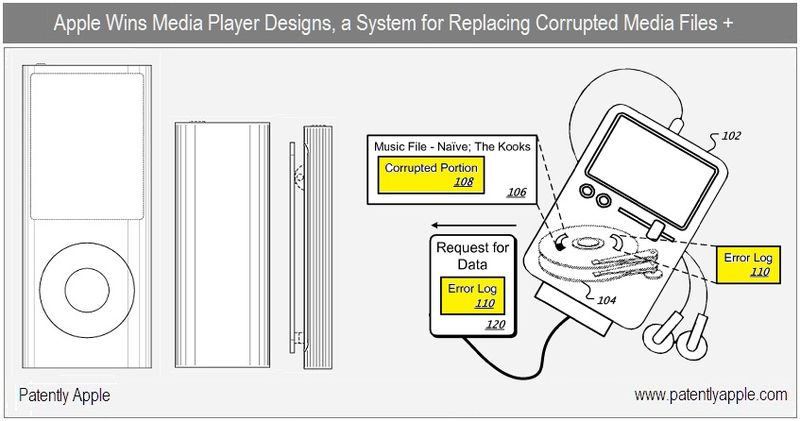 The US Patent and Trademark Office officially published a series of 14 newly granted patents for Apple Inc. today. Two of these patents cover design wins relating to their fifth generation iPod nano and their third generation iPod shuffle. Beyond their design wins, the notables within this group cover a wide range of technology including a system for replacing corrupted media files on portable devices, methods of controlling LED backlighting, Apple's iTunes Party Shuffle and a security system for portables that may go beyond Apple's current "Find my iPhone" application.

Apple has been granted design patents for their third generation iPod Shuffle and fifth generation iPod nano. It's interesting to note that Apple re-filed these older designs in 2010 for some reason. 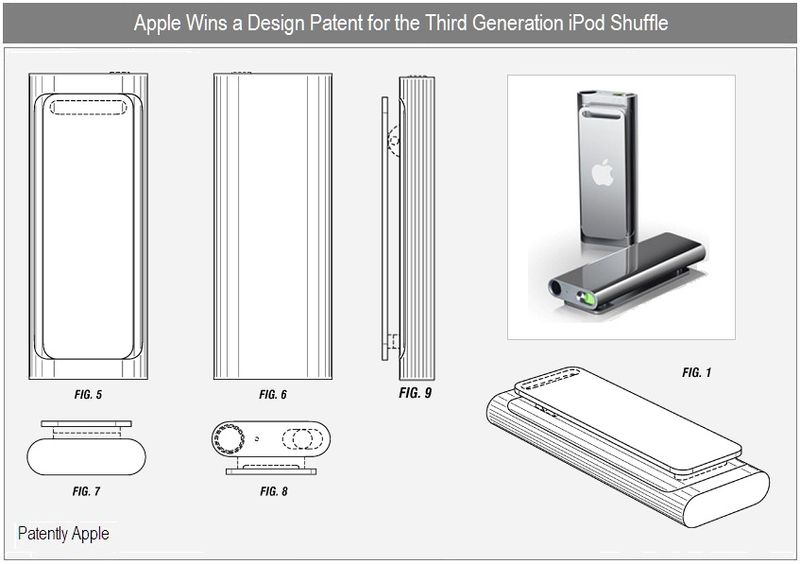 Apple has been granted a patent for systems and methods for providing security to a user of an electronic device such as an iPhone or iPad. The patent describes new security capabilities that appear to go far beyond today's "Find my iPhone." 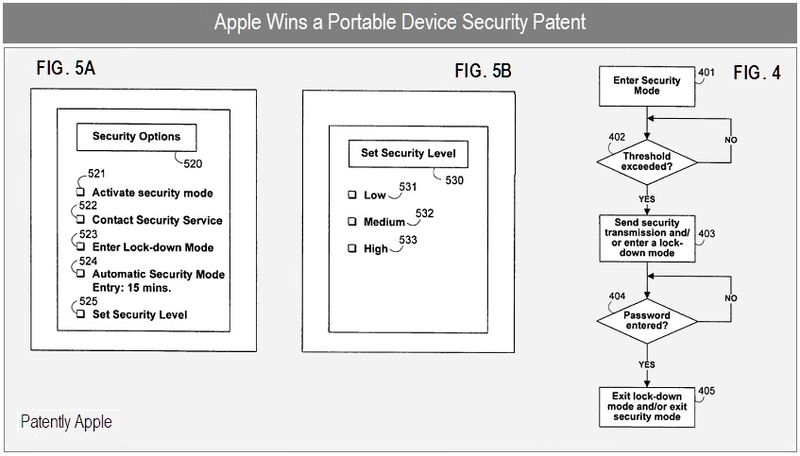 According to Apple's patent, an electronic device such as an iPhone, iPod or iPad could be configured to enter a prevention mode in response to detecting a force that exceeds a predetermined threshold, thereby providing security. Upon entering a prevention mode, the iOS device may transmit a security transmission, in the form of a telephone call or an e-mail. This security transmission, when received by a security entity (police, security agency), could lead to the security entity dispatching an officer to the device's location, or to the security entity placing a telephone call to the device's owner, thereby providing security. Embodiments are also provided whereby the device, upon entering a prevention mode, may enter an automatic lock-down mode. When in lock-down mode, the device may become inaccessible by any user, or alternatively may be accessed only if a security password is provided by the user.

Apple credits Michael Lee as the sole inventor of Granted Patent 7,825,820, originally filed in Q3 2007. It's unknown at this time if Apple simply "dumbed" down this patent under "Find my iPhone" or whether this is the next phase of that program. It's pretty difficult to think that busy police departments around the globe are going to take the time to hunt down stolen iPhone's in a timely manner. Then again, that's just my opinion, of course. 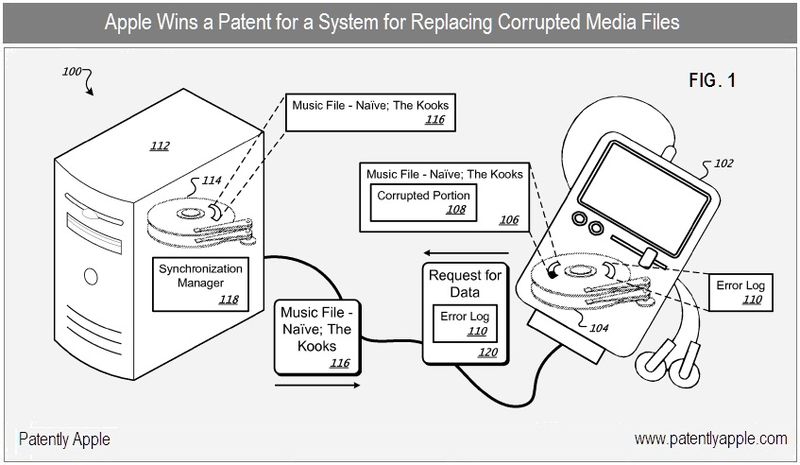 Apple's patent FIG. 1 is a schematic diagram showing an example of a system for replacing corrupted media files on a portable device.

GP - 7,827,259 - Method and system for configurable automatic media selection: Apple's granted patent pertains to their iTunes "Party Shuffle." Technically, Apple's patent covers method and system for configurable automatic media selection Techniques for repeatedly selecting and presenting media items at a media device are disclosed. In one embodiment, media items are automatically (or dynamically) selected from a media source (e.g., list of media items) and then presented at a media device. As a result, the selected media items could be continuously selected and presented in an automated manner.

GP - 7,826,318 - Method and System for Allowing a Media Player to Transfer Digital Audio to an Accessory: Apple's granted patent covers how digital audio could be transferred between a portable media player and an accessory. 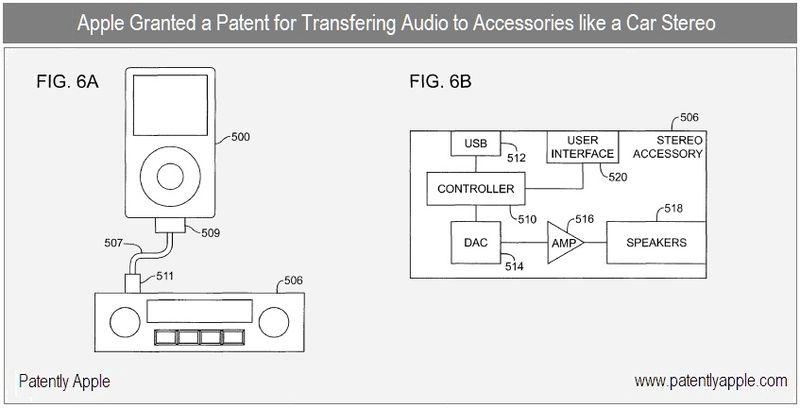