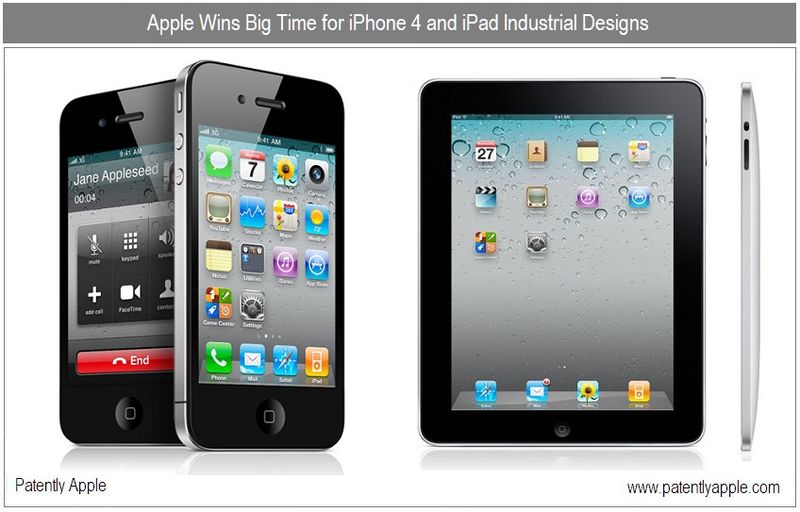 November 23, 2010 now marks the date that Apple was granted strategically important industrial design patents for their iPhone 4, iPad and iPhone UI. While some may see the iPhone 4's win as somewhat controversial, the fact remains that it's wonderfully crafted design has no equal amongst the majority of pathetic plastic competitors that stand before it. Hail iPhone. If that news wasn't good enough, we learn that Apple's iPad has been awarded a granted patent which also support's TIME Magazine's choice for invention of the year. And to top off these great wins, Apple has been awarded a patent for the iPhone's general UI overview. What a great day for Apple's VP Industrial Design Jonny Ive and his team, which are affectionately referred to as the Crazy Ones by the Mac community: Congratulations!

Apple has been granted an industrial design patent for their sexy 2010 iPhone 4. Despite the controversies surrounding the design, the fact remains that the iPhone 4's design still stands out as the hottest and smartest smartphone designs on the market today.

The iPhone 4 debuted on June 7, 2010. The new design introduced us to FaceTime for video calling which is to replace Apple's long standing iChat in the coming months on Macs. The iPhone 4 also introduced us to Apple's new stunning, high resolution display that they trademarked as "Retina." Additionally, the new smartphone introduced a 5 megapixel camera with LED flash, HD video recording, Apple's A4 processor, a 3-axis gyro for gaming and more. 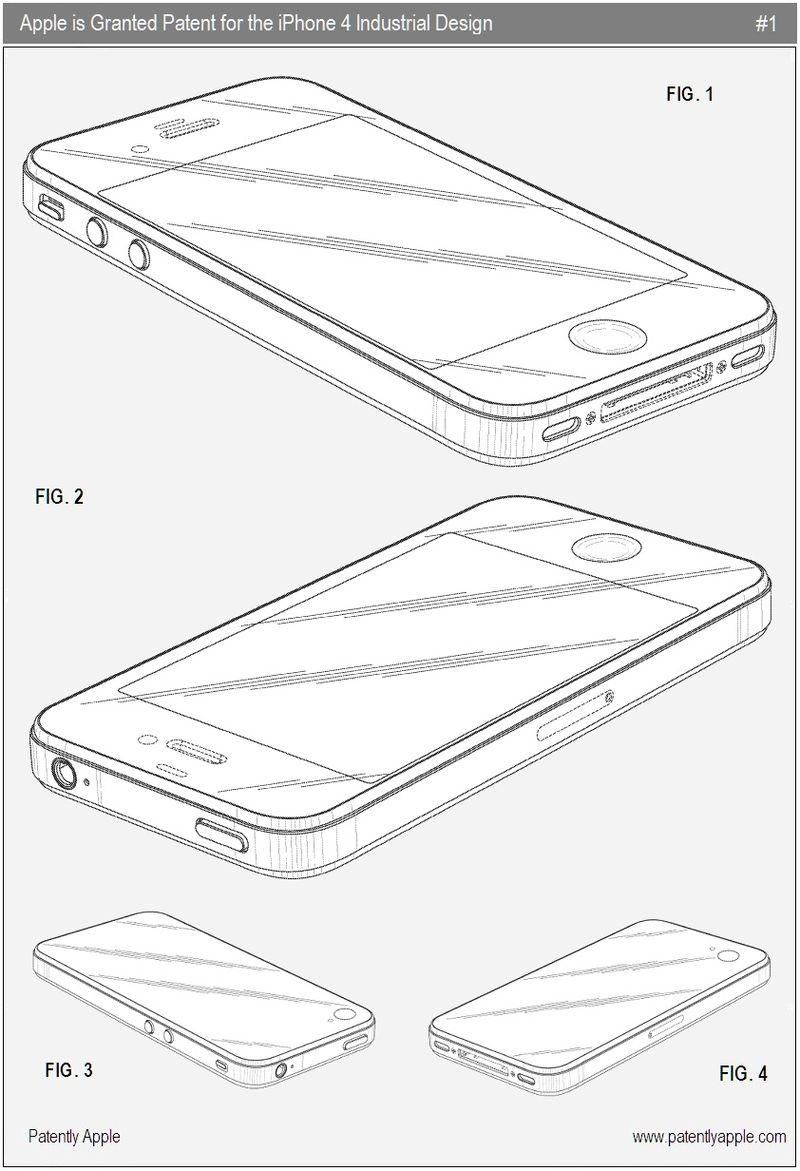 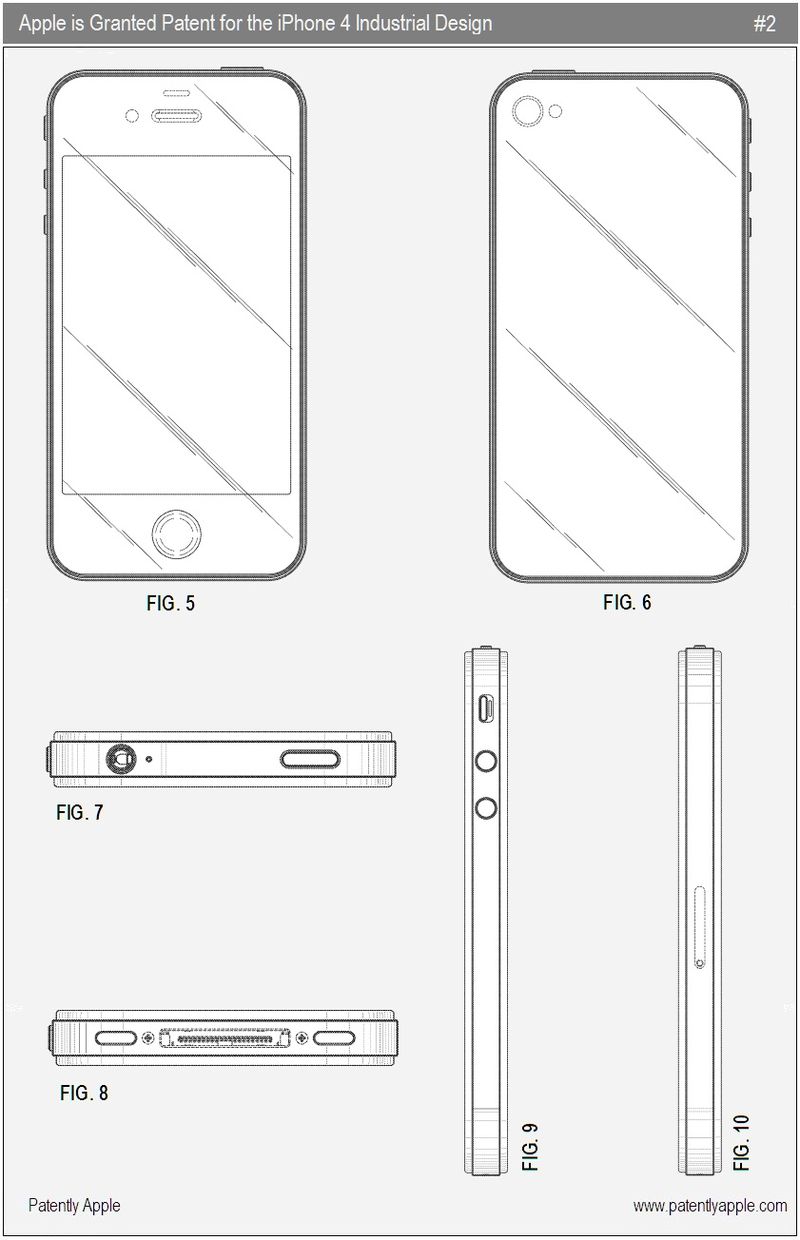 Apple has been granted a patent for the ever exciting iPad which was recently awarded TIME Magazine's invention of the year. The iPad was first introduced on January 27, 2010 and described by Steve Jobs as revolutionary and magical. The iPad is a device for browsing the web, reading and sending email, enjoying photos, watching videos, listening to music, playing games, reading e-books and much more. The iPad's responsive high-resolution Multi-Touch display lets users physically interact with applications and content. Update 5:40 PM, PT: Take a close look at the extra landscape connector in FIG. 1 below (or click here). 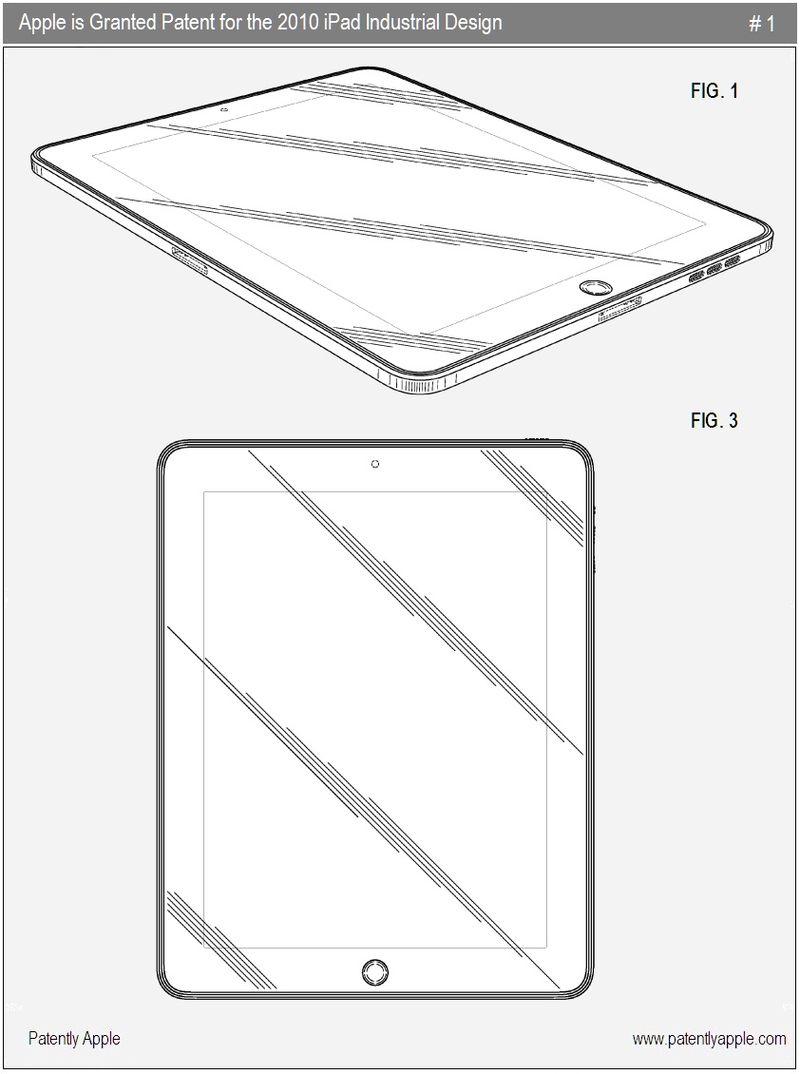 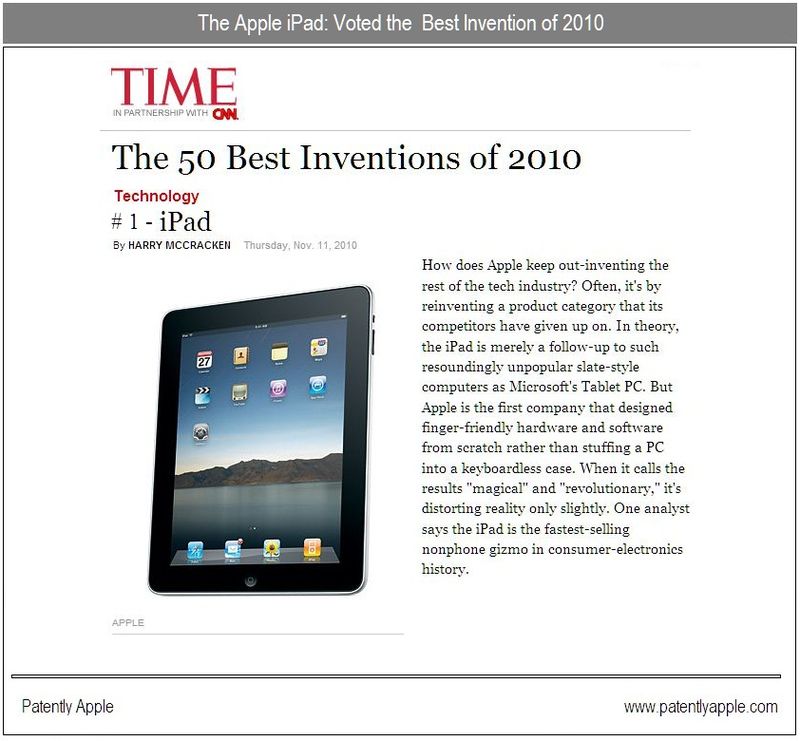 Apple has been granted a design patent for their signature iPhone Graphical User Interface outline that distinguishes the iPhone. 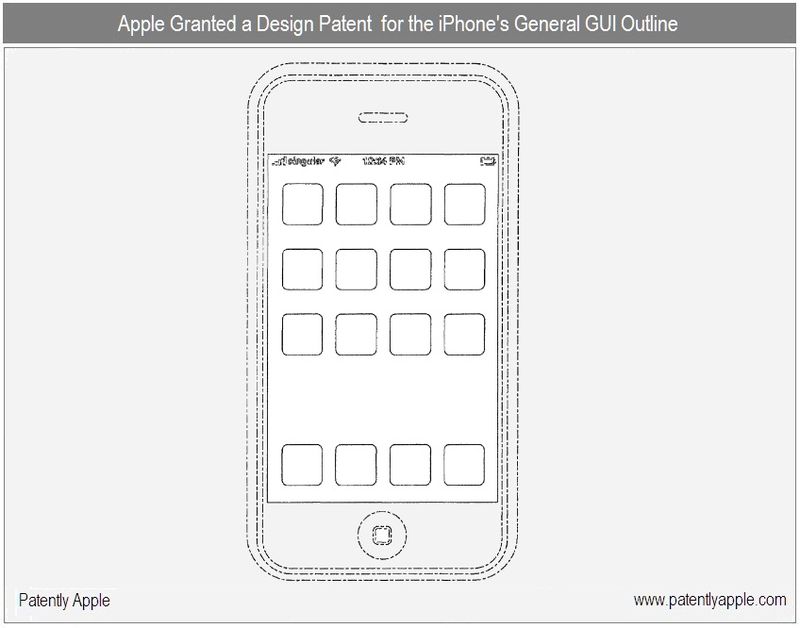 Apple credits Imran Chaudhri as the inventor of granted patent D627,790 which was originally filed for in Q3 2007.