Today, the European Patent Office published a series of three Apple patent designs pertaining to, of all things, their In-Store iPad Stand. Apple, or should I really say Steve Jobs, really loves to patent or trademark whatever he can concerning Apple's retail stores. Apple has trademarked their famous glass store architecture, their distinctive retail store layout and I even remember that they patented their famous New York store's glass staircase. Well, that's what makes Apple great in the eyes of their fans: Their fanatical attention to detail!  Report Updated August 24, 2011

As we show further below in our report, Apple has filed three separate design applications in Europe and has already received registration status. Apple presents us with two sets of drawings in addition to what appears to be photos of their in-store iPad stand. To be honest, I don't recall seeing them in my new Calgary Apple Store and actually thought the designs could have pertained to a great new docking station. But thanks to a few great Patently Apple fans that emailed me about eight seconds after the report was first posted, I now see "Da light" – Ha! Thanks to my mystery friends. 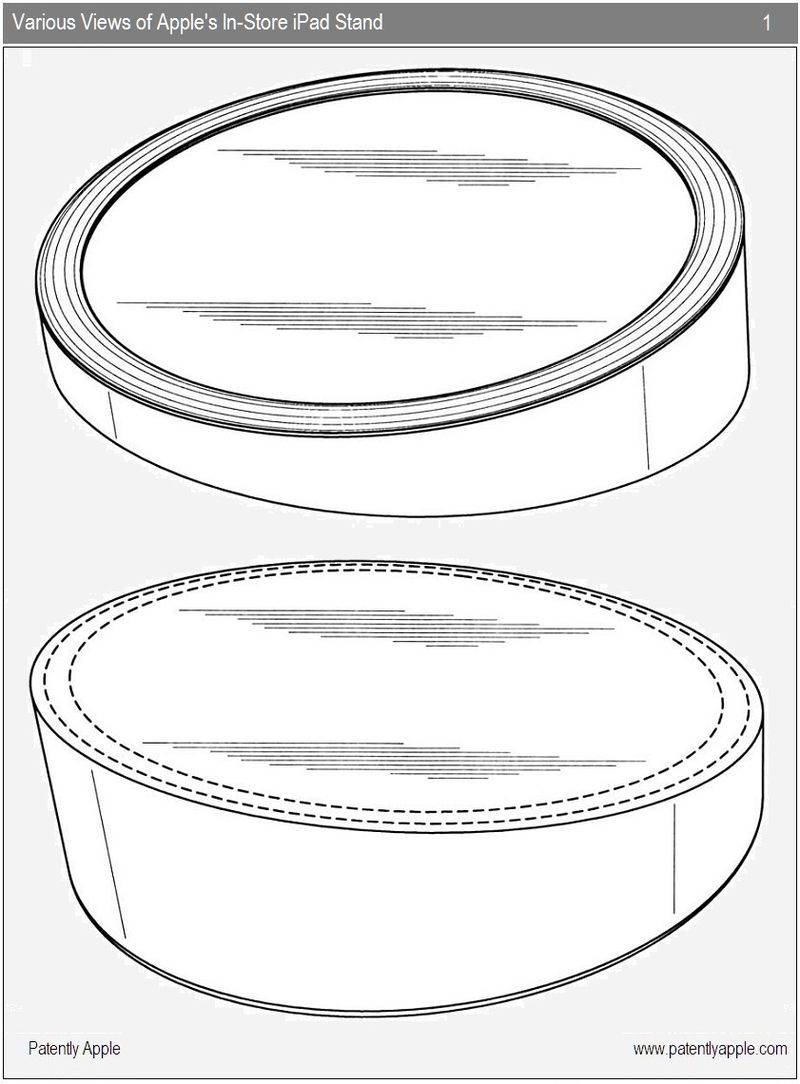 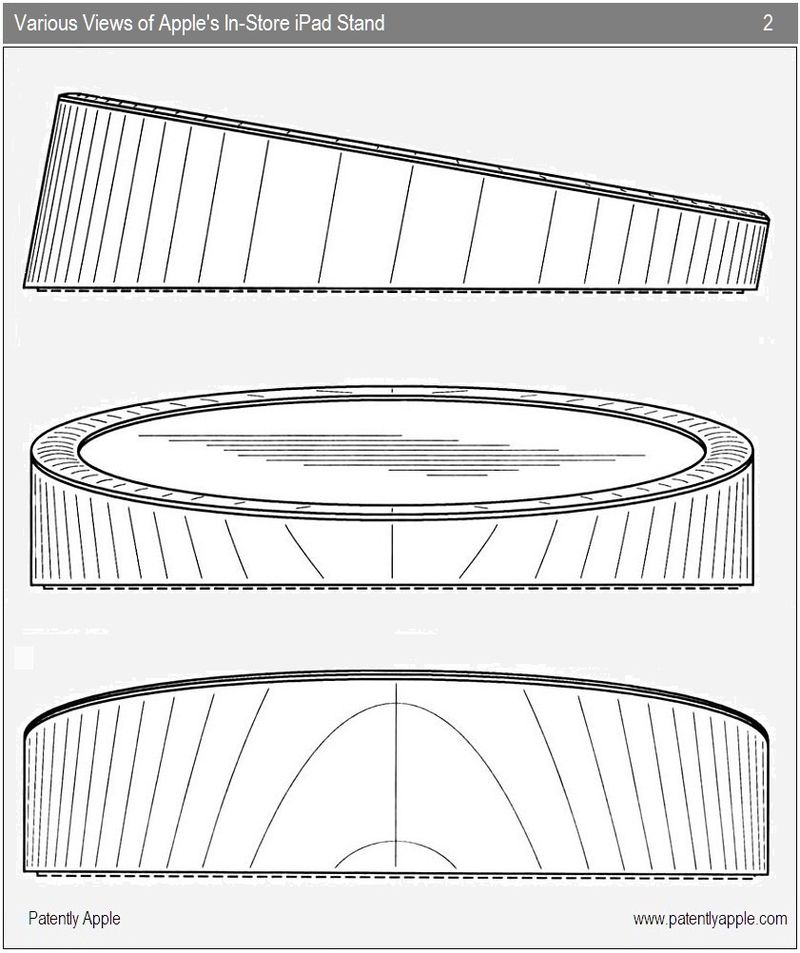 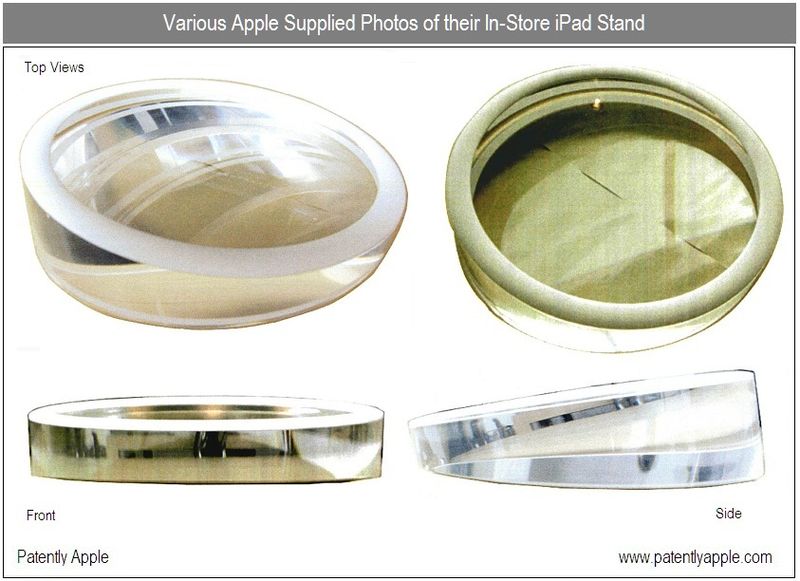 Here's a link to a better photo of the iPad stand in Question. 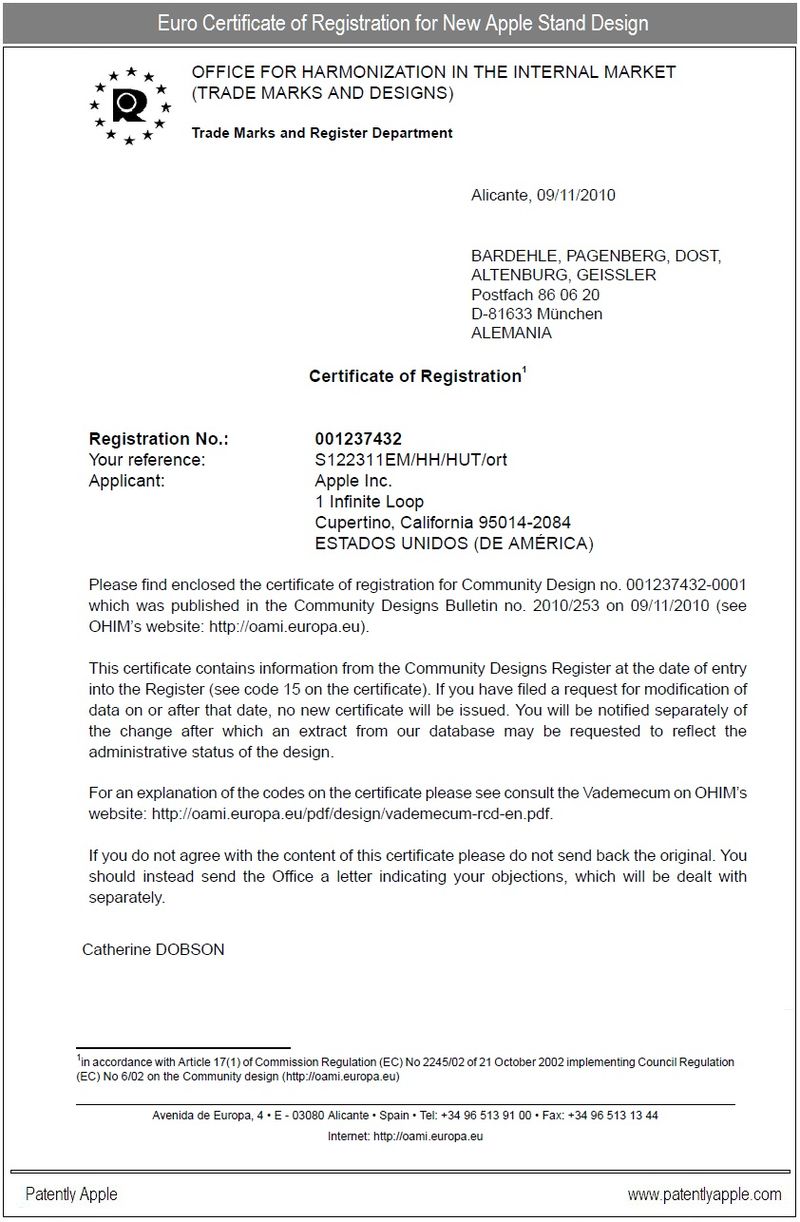 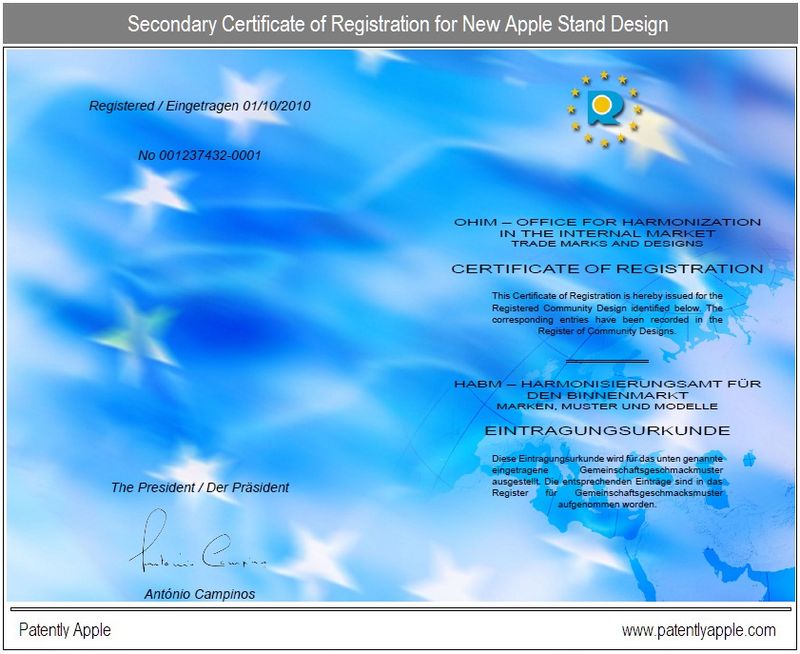 Update November 13, 2010: I visited my local Apple Store this afternoon to look for this stand. I almost walked out thinking there was no such thing when I noticed that the stand is what the iPad sits on, not sits in or stands in, as some had declared. It's a very tiny stand that's seems to be integrated right into the table. It's a solid glass-like structure.

Updated August 24, 2011: Apple has filed a design patent for these outdated stands on this date and could be reviewed here. Apple has updated their in-store iPad stands by incorporating the iPad right under a new low and slanted glass stand that's built into the table. The new design doesn't allow consumers to touch the iPad in anyway. The units that I looked at didn't even allow me to surf the net. The iPad has a set number of apps you could access and isn't well designed at. It's a step backwards in my view.

So ... It's not an inductive battery charger?