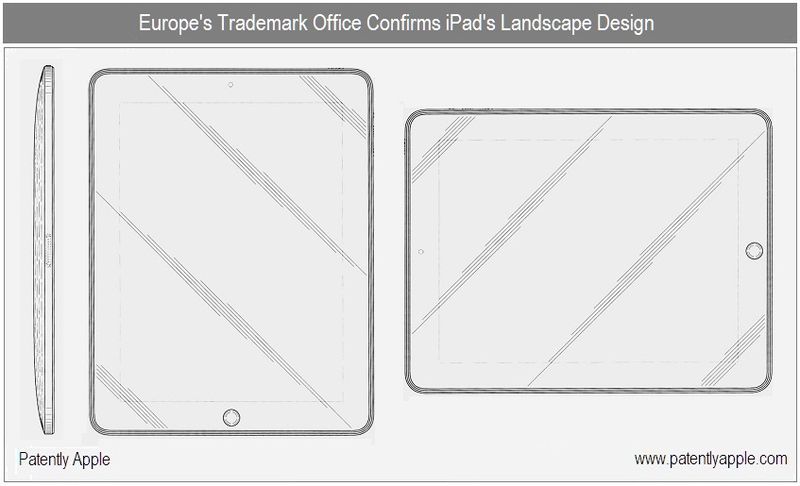 This week the European Trademarks and Designs Registration Office confirmed that one of Apple's new iPad designs is displaying an extra left side 30 pin connector to allow it to dock in landscape mode under application 001222905-0001. The first sighting of this design was noted on September 25, 2010. This time around, we see that Steve Jobs and Jonathan Ive have signed off on the design. That's always a good sign for things to come, wouldn't you agree? 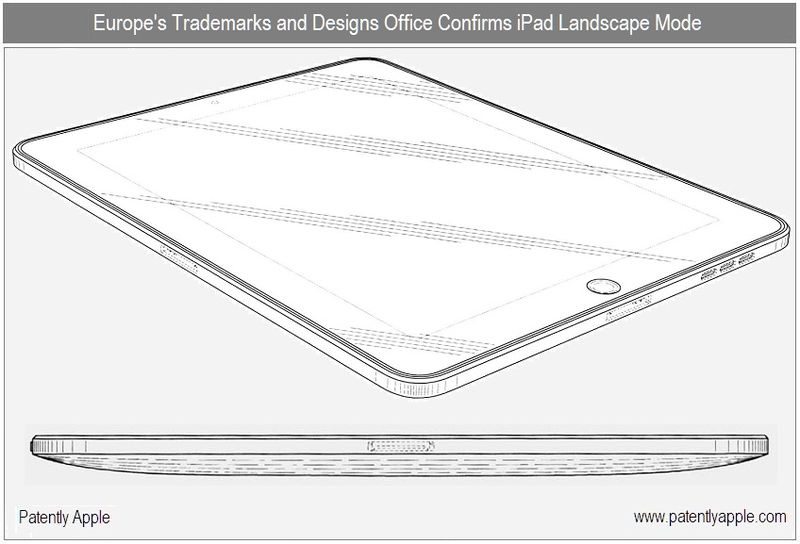 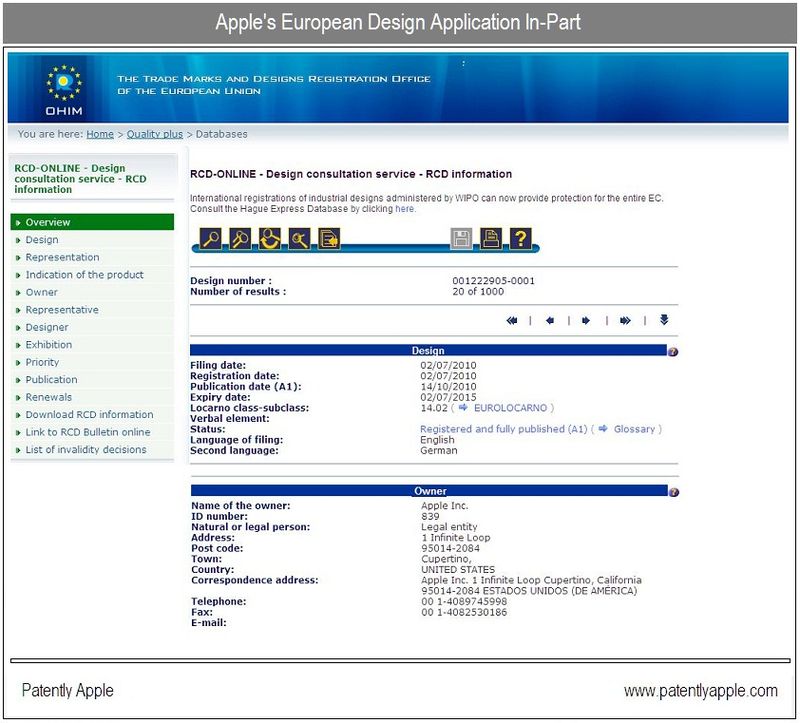 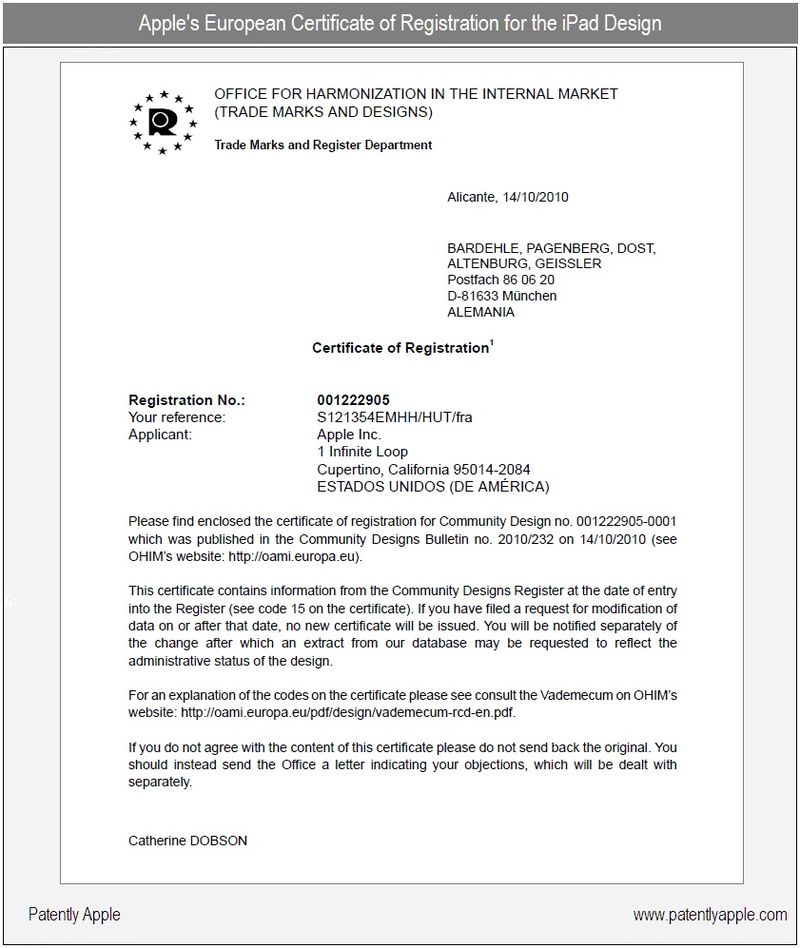 Click on the Design to See it in Full Size

Other Mac Community Sites Getting the News Out

You need a patent for another dock connector?

Maybe it's also the MagSafe version.

What im disappointed about is that I don't see a mini-usb or min-hdmi port. :(

Regardless of AirPlay's slow roll out (it's now there instead of AirTunes for the iTunes 10.x info, but still remains on the Airport Express info) - it does make sense to at least contemplate a horizontal orientation capability via a 2nd 30 pin connector, allowing horizontal docking of an iPad - to be able to display content (like landscape movies) whilst docked and charging. The iPad screen has enough height when put horizontal that using horizontally in a keyboard dock is useful - with enough space for a side by side screen display. It's a bit fiddly at the moment having to use an extra 30 pin USB cable to get power whilst having it balanced horizontally on a dock to do typing.

Portrait still useful in many situations (and it would make the better viewing angles for Facetime via a front facing camera iPad, which would have the camera on the top of the iPad).

With a potential push to have the iPad more easily dockable in either orientations, it'll be interesting to see if AirPlay is a rate limiting step for Apple rolling out the standards to allow more video out functionality - whether having the iPad go dark and push the output to the projector/TV, or be able to use both. (Think iWork using AirPlay for example). Low probability - but imagine if Apple's new partner, Qualcomm, rolled Media FLO into an horizontal iPad dock for next summer? (Or if you're in the UK, a horizontal stand for watching TV Catchup).

I wonder if ... the port could be for something other than a 30 pin connector?