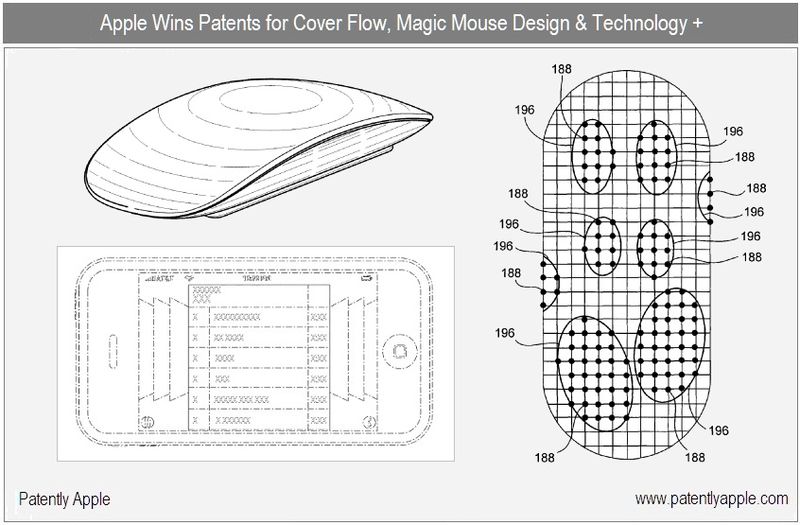 The US Patent and Trademark Office officially published a series of 14 newly granted patents for Apple Inc. today. The notables within this group are strangely timed to the Mirror Worlds patent infringement lawsuit against Apple. Apple has won another Cover Flow patent in addition to a set of patents pertaining to Apple's Time Machine. Both of these areas of technology were challenged in the lawsuit. Apple has also won a pair of patents today that relate to both the design and technology behind their Magic Mouse.

Apple has been granted yet another patent for Cover Flow. Apple credits Imran Chaudhri as the sole inventor of Granted Patent D624,932 originally filed in Q2 2009. Apple has won several recent Cover Flow related patents which we've covered in reports dating back to August 2009, April 2010 and February 2010 respectively. 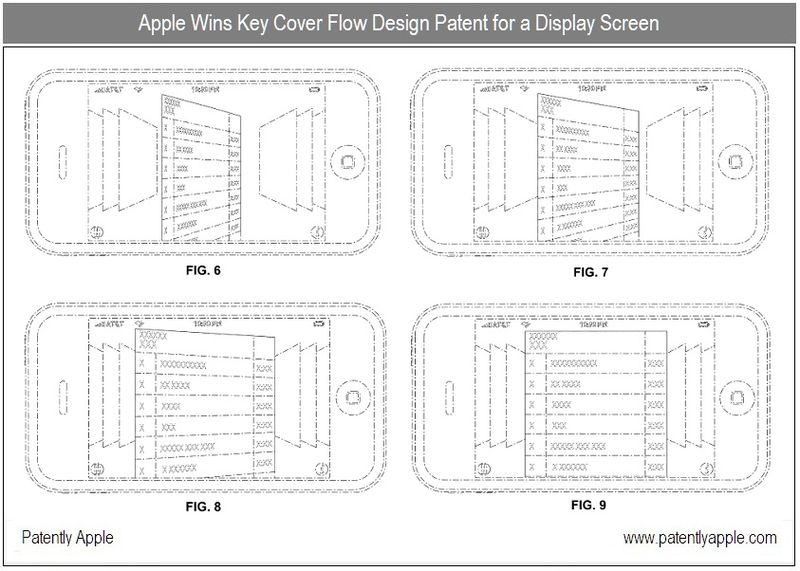 Closely held Mirror Worlds, founded by Yale University computer-science Professor David Gelernter, sued Apple in 2008, claiming that Apple's iPod music device, iPhone and Mac computers infringed its patents for a way documents are displayed on a computer screen. Mirror Worlds has won their case against Apple who is now appealing. 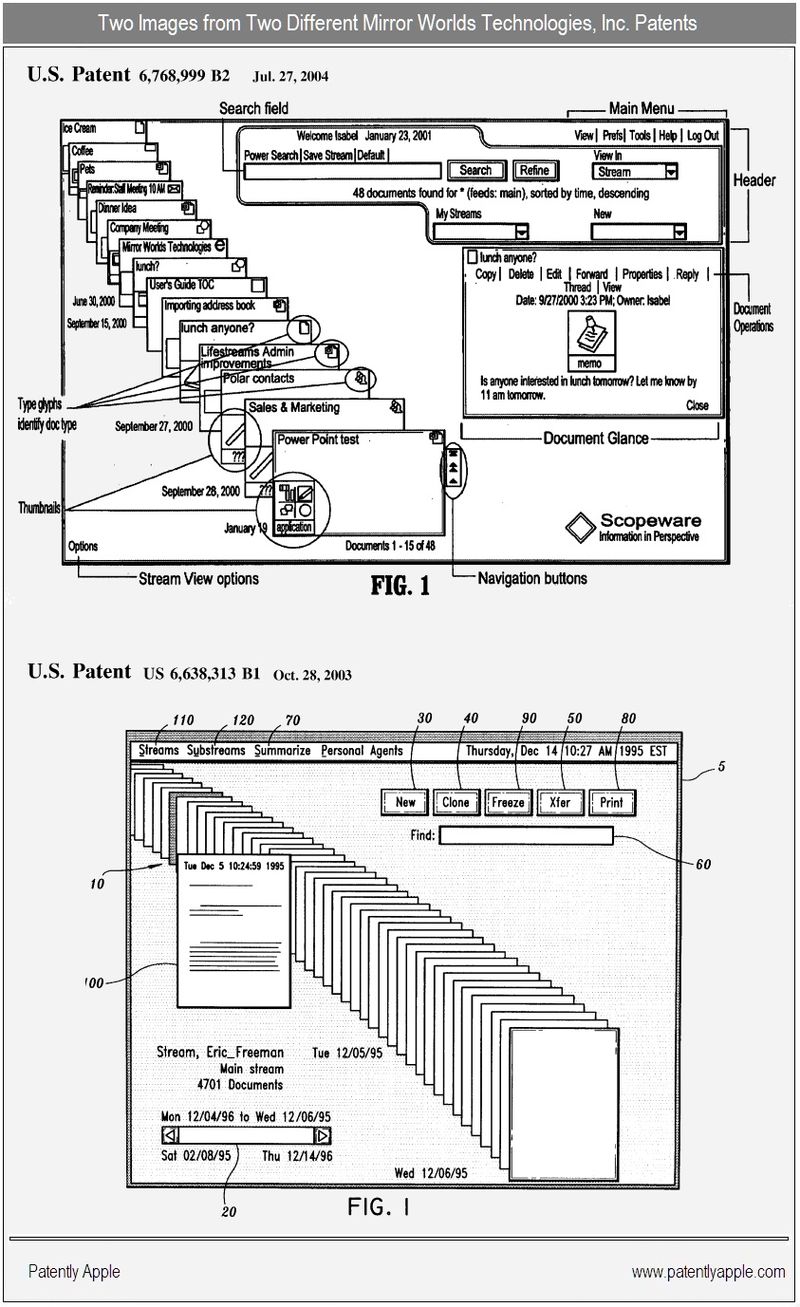 Plaintiff Mirror Worlds LLC alleged that Defendant Apple, Inc. infringed on U.S. Patent Nos. 6,006,227 and 6,638,313 B1 entitled "Document Stream Operating System" and 6,725,427 B2 entitled "Document Stream Operating System with Document Organizing and Display Facilities," 6,768,999 B2 entitled "Enterprise, Stream-Based Information Management System." The trial focused on the Spotlight, Time Machine and Cover Flow features. The two Mirror Worlds patent figures noted above were presented to the Court as part of their evidence in the patent infringement case against Apple.

Incidentally, Apple has been granted a patent for Time Machine today under patent 7,809,688. A secondary granted patent that was issued today may also relate to Time Machine. Granted patent 7,809,687 titled " Searching a Backup Archive" was filed at the same time as the Time Machine patent (Q3 2006).

Apple has won their second design win for the Magic Mouse this year. Their first win was published in Europe back in January of this year. 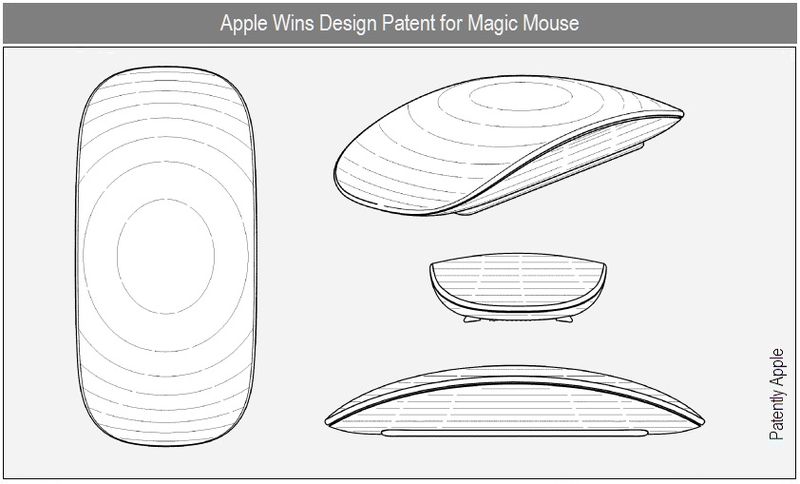 Incidentally, Apple has also been awarded a patent for the technology behind the Magic Mouse today under patent 7,808,479. The patent that is officially entitled "Ambidextrous Mouse" is noted below in various patent figures. Apple credits Steve Hotelling and Brian Huppi as the inventors of this granted patent which was originally filed in Q3 2003.

GP - 7,809,949 – Apple has been granted an iPhone related patent titled "Configuration of a Computing Device in a Secure Manner."

Given the recent Mirror company win in East Texas, the crap lawsuit capital of the world, this should make for a good appeal challange. And maybe put a little ding in this stupid lawsuit crazy world...... Microsoft. listening.??