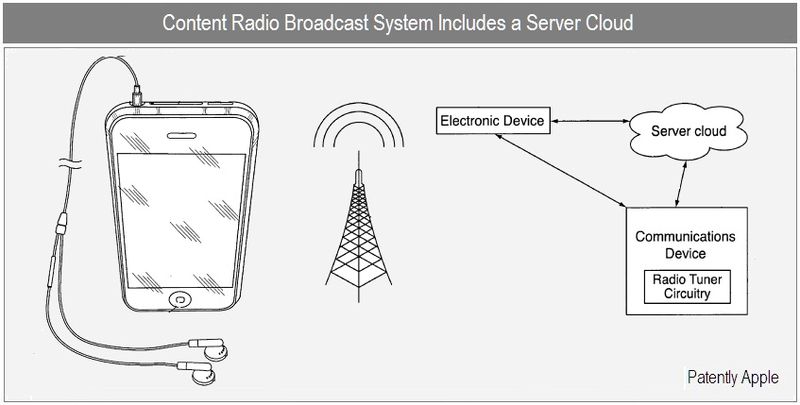 On October 21, 2010, the US Patent & Trademark Office published three patent applications from Apple relating to various areas of a cloud based radio broadcasting system. One of Apple's patents generally relates to accessing the media content provided by a broadcast media source using a non-broadcast source. An interesting example relates to listening to a tune or talk show guest on your car radio (or passengers watching a future TV show). When you're driving into a tunnel with a traditional radio system, you simply lose your signal and any part of a tune or conversation that occurred while you were in the tunnel. With a cloud based radio system, the tune, talk show conversation, or podcast (or future TV show) is flagged as you go into a tunnel and then technically resume exactly where it stopped when you exit the tunnel. 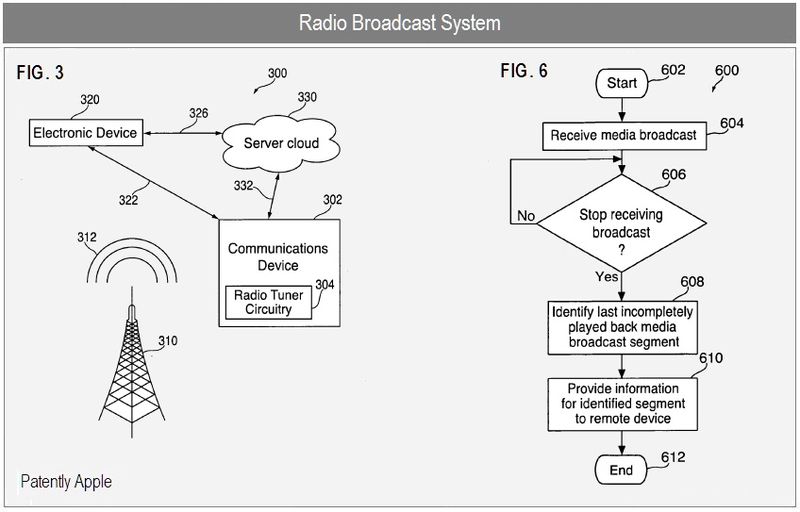 Other radio related patents today include: "Seamless Switching between Radio and Local Media" under patent 20100268360 (Temp link 1); Identifying Radio Stations of Interest based on Preference Information," under patent 20100267331 (Temp link 2). Note: Temp links may only last a few days. When the temp links no longer direct you to the right patents, simply feed the interested patent numbers into this search engine to find links to the related patents.