Official iPad Design Surfaces with only a Single Front Side Camera

On September 24, 2010, China's Patent and Trademark Office officially published a series of new Apple Industrial Designs wins. In this report we cover two things. The first is Apple's iPad Camera Connector and the second is a new iPad design which clearly illustrates that at least one future iPad model will sport a new FaceTime – face side camera. The design surprisingly confirms that there might not be a back side camera as most had anticipated.

A new series of registered designs were discovered yesterday at China's Patent and Trademark Office which is officially called the "Industrial Property Department, The Government of the Hong Kong Special Administrative Region." The registered design forms found at the patent office don't provide us with any information beyond the designs themselves. The names of the design team are absent as are any commentary or useful guidelines pertaining to the designs. What we do know however, is that Apple may introduce one or more variants of the iPad in the future. This first report reveals and confirms the much anticipated feature of all: a front side camera that will be used with Apple's FaceTime video calling application.

The new iPad design is just that, a single industrial design. This particular design doesn't illustrate a backside camera but that doesn't mean that Apple can't or won't surprise us with one. But on paper, for now at least, we only see a design with a single camera.

UPDATE: Some of the new design patents are very difficult to interpret as they lack detail. Many in the community believe that the so called face side camera is in fact the iPad's light sensor. As you'll see in our second report about a landscape docking option, there are more features that are difficult to figure out. Until the new iPad arrives, we can't say if the front side camera is just that or if the design was misinterpreted. Time will tell.

UPDATE 2: I unapologetically don't own an iPad at the moment, as it lacks certain features that I want, such as a FaceTime Camera. The debate this morning, amongst some, that the face side camera was really the iPad's light sensor doesn't fly. For one thing, as you could see below, design 10010055.9M002 has no representation of either a sensor or camera. How could that be? The current iPad has a sensor and more than likely all iPads to come will have a light sensor. In contrast, design 10010055.9M001 has a camera. Furthermore, Apple's US and Canadian Patent Figures for the iPad, don't show the light sensor even though it's on the present product.

I went to the Apple Store later this morning to take a closer look at the iPad's "light sensor." Are you kidding me? You need a magnifying glass to see the damn thing. Did you see the camera on the iPhone 4? Yes, small, but something that you could actually see, like in the designs in this report. Sorry folks, but at the end of the day, I just don't buy into the light sensor angle at all and reconfirm my position that this is a design illustrating a face side camera - based on closer inspection of the actual product and the contrast that Apple makes in the designs noted below. 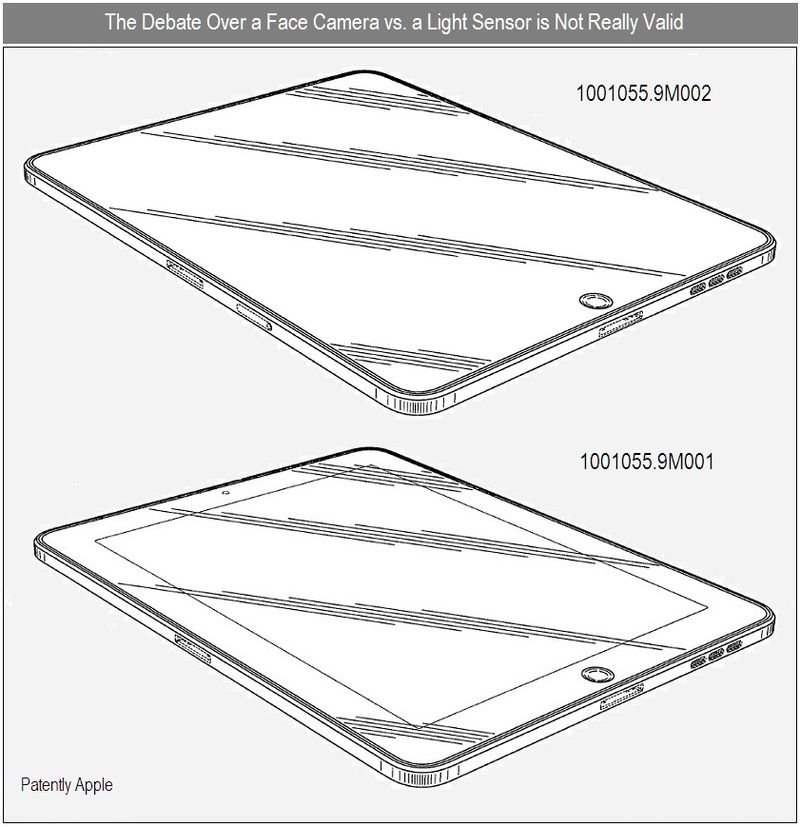 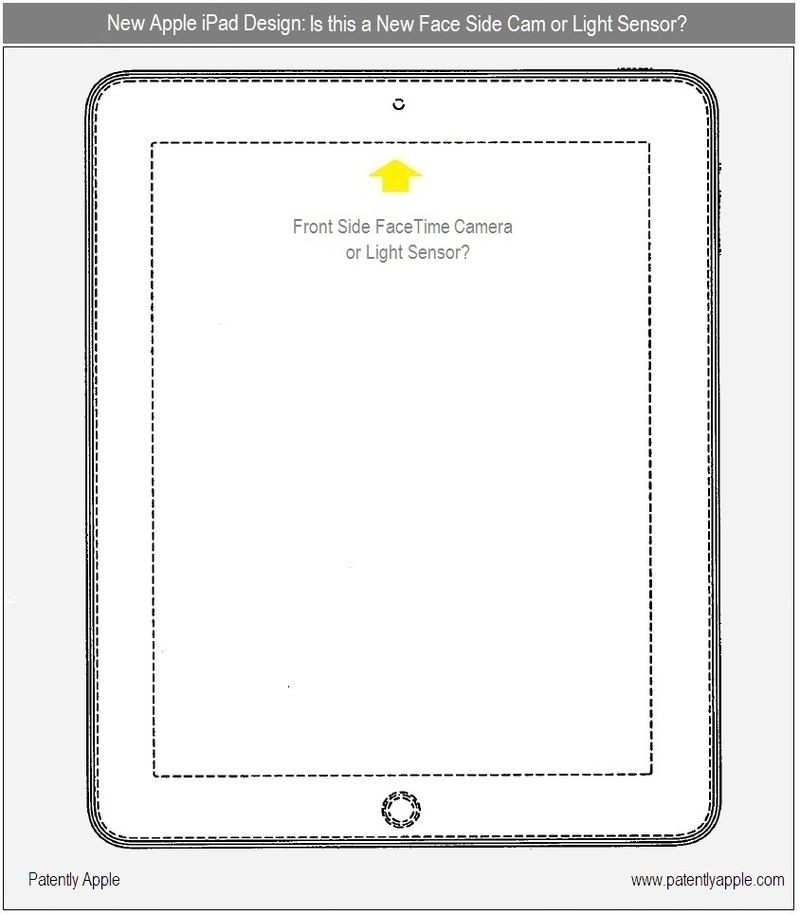 One New iPad Design Doesn't Illustrate a Back Side Camera 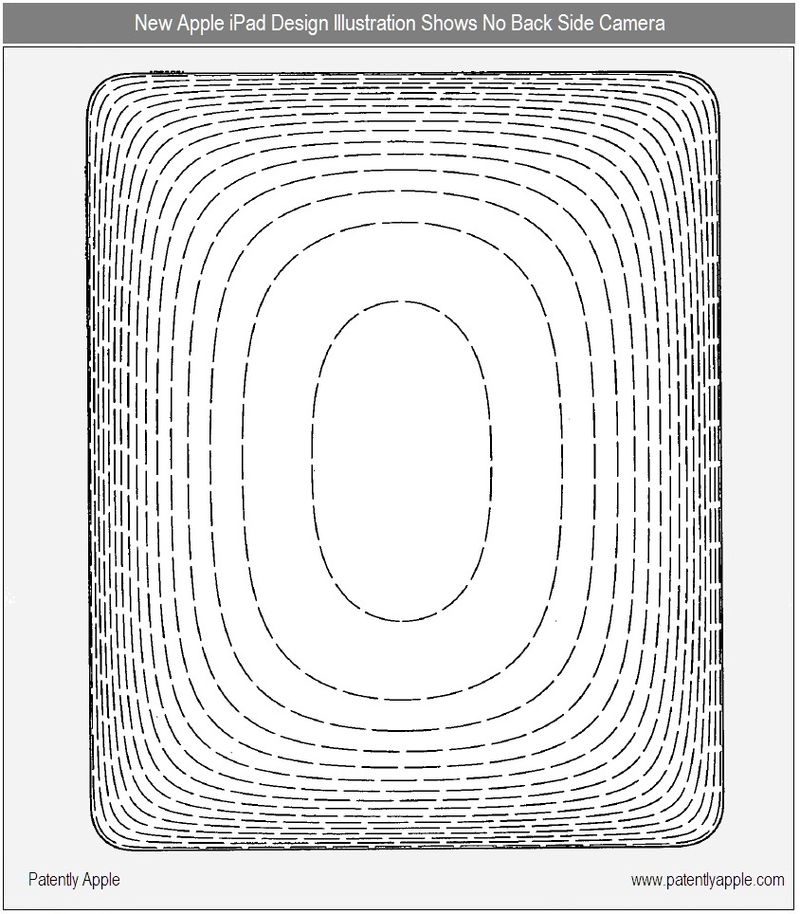 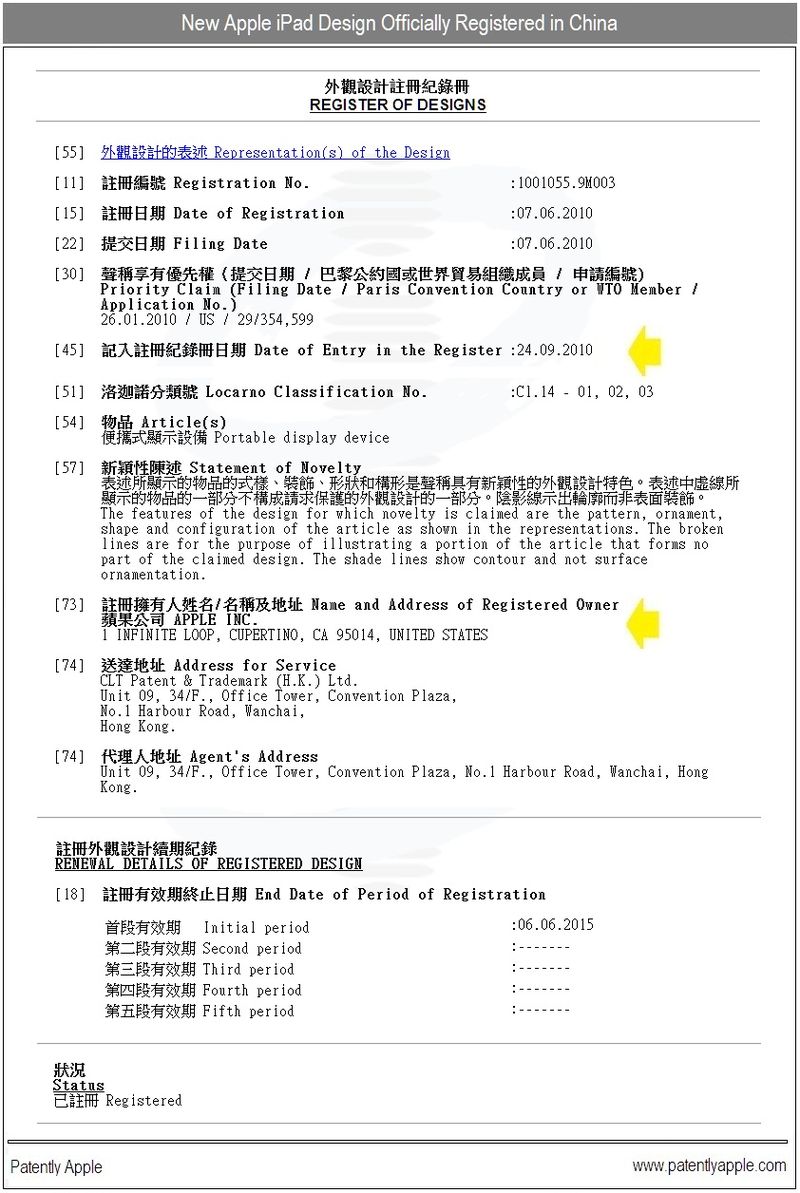 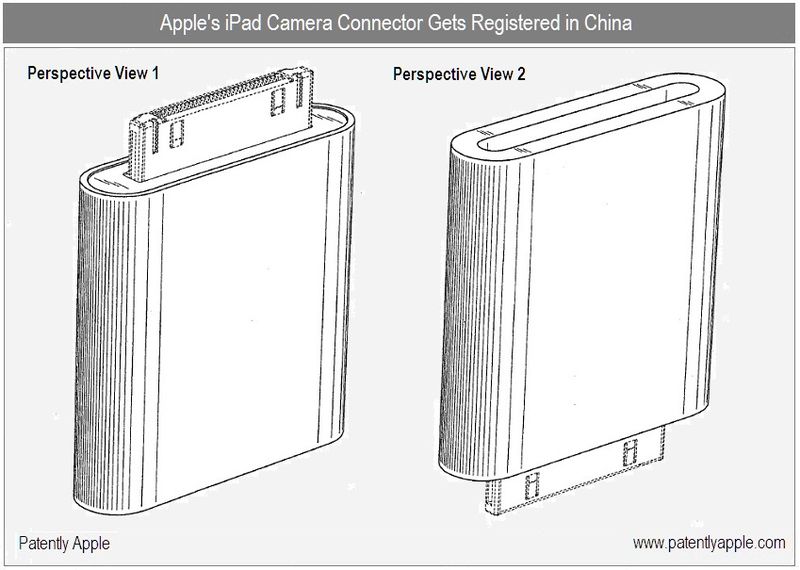 Thanks for the strong feedback!

Many have sent us feedback that the camera position is likely the iPod's sensors. Did we jump the gun? Maybe. When looking over some nine iPad designs from China in the last 24 hours, there were new features to examine. But there were also some designs that clearly didn't have a light sensor or camera and others that did. We stepped out stating it's a camera. Time will tell if the camera appears where the light sensor is or if we misinterpreted the designs.

At the end of the day, we appreciate your honest feedback.

With apps like "camera A" and "camera B" you don't really need a camera for ipad.

After iOS 4.2 maybe we can use our itouch for a FT cam! After all apple has shown one set up that way in past patent applications.

FT being an open standard means some app dev should be right on it.

Frankly does the iPad needs a camera in the back. I believe the front camera for facetime is more important and appropriate.