A new series of iPad designs have surfaced this past week in China that illustrate a number of very interesting possibilities that could be coming to future iPads. The first is the ability to dock in landscape mode as well as portrait. Other features that may be in the works include a new port and a smart bezel. Time will tell if any of these designs pan out but it's a fascinating peek at what could surface in the next several weeks or quarters ahead.

Update May 29, 2012: News.com Australia reports that a picture of one of the original iPad prototype's recently surfaced on eBay. The unit uniquely sported a landscape connector as our report had revealed back in 2010. 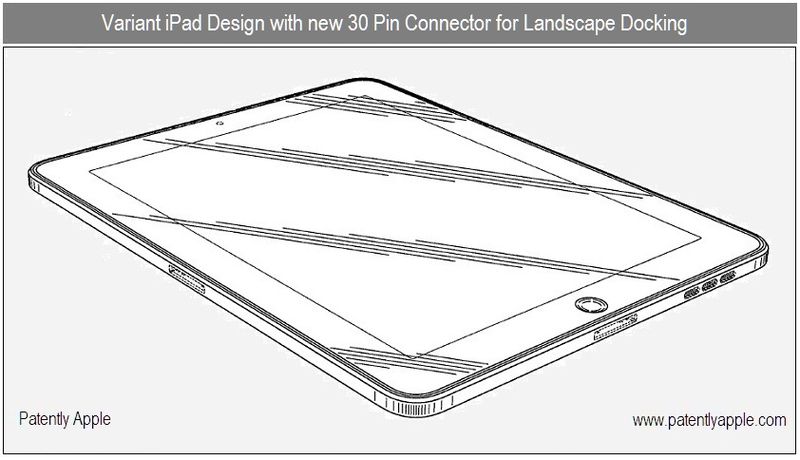 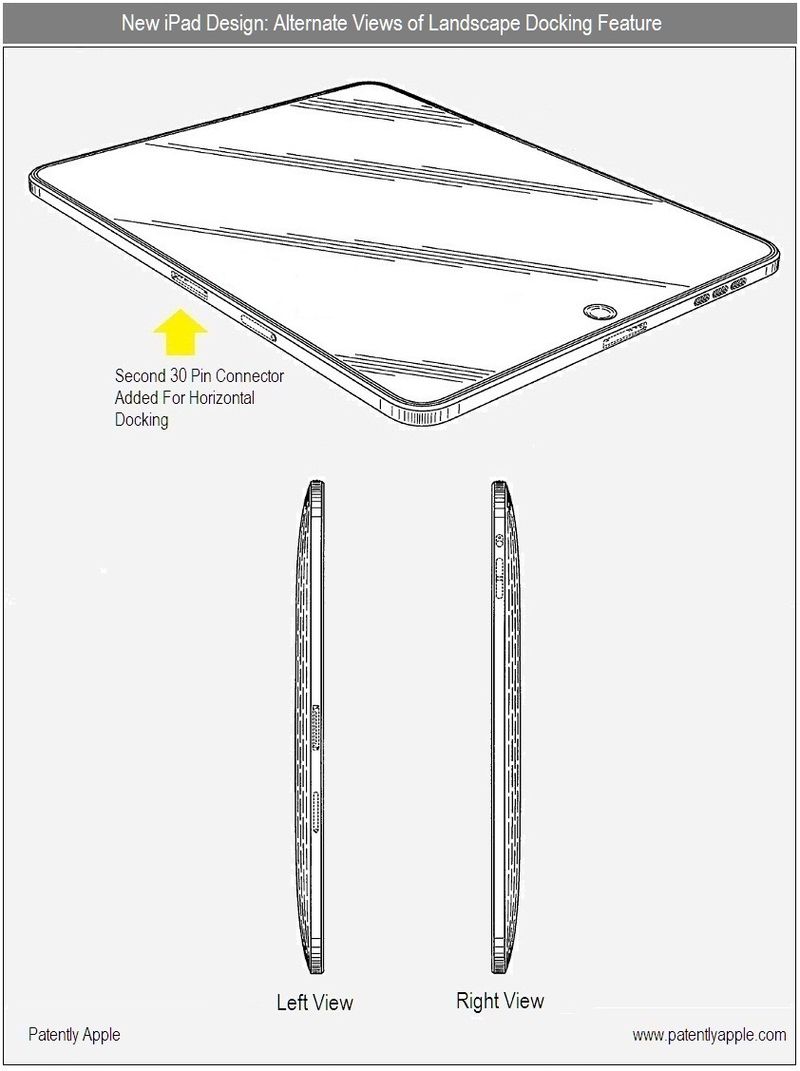 In February 2010 an Apple patent surfaced describing a smart bezel for a future iPad. Could the design illustrated below represent that feature - or is it simply something yet to be explained? The design patents out of China provide us with no insight whatsoever. The feature, whatever it is, is found in three distinct graphics to impress upon us that it is a distinct feature consistently found in the left bottom corner of the iPad. Is it an auto page turner? Time will tell. 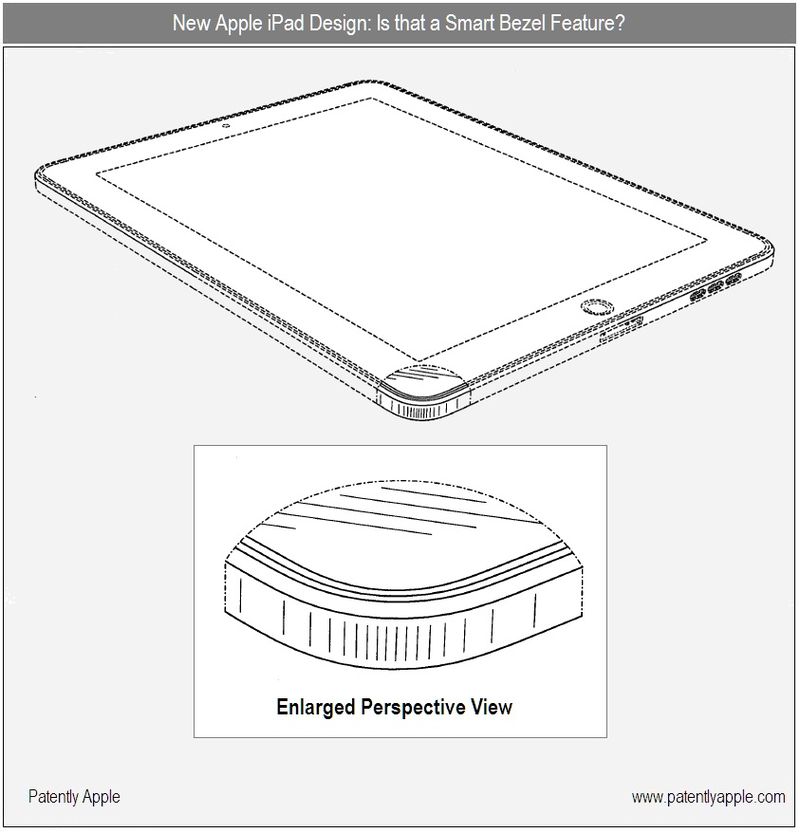 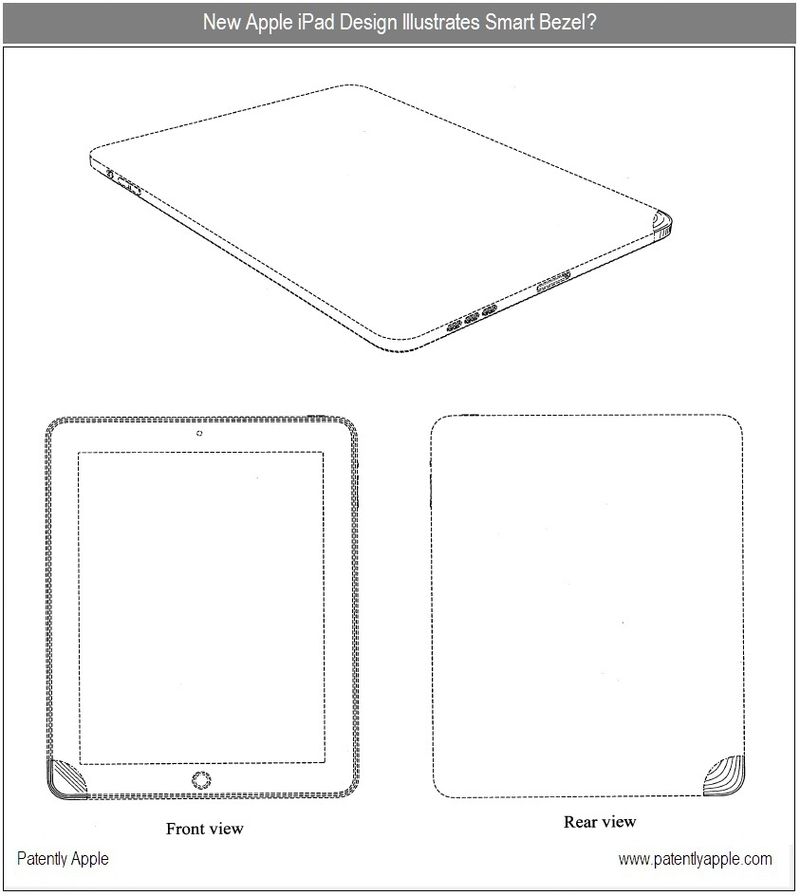 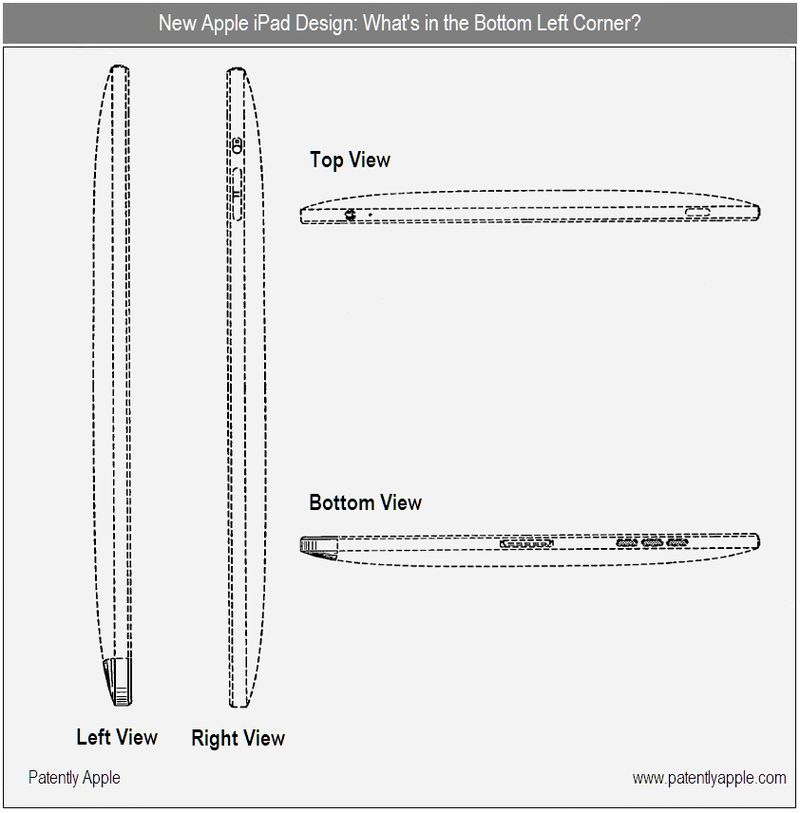 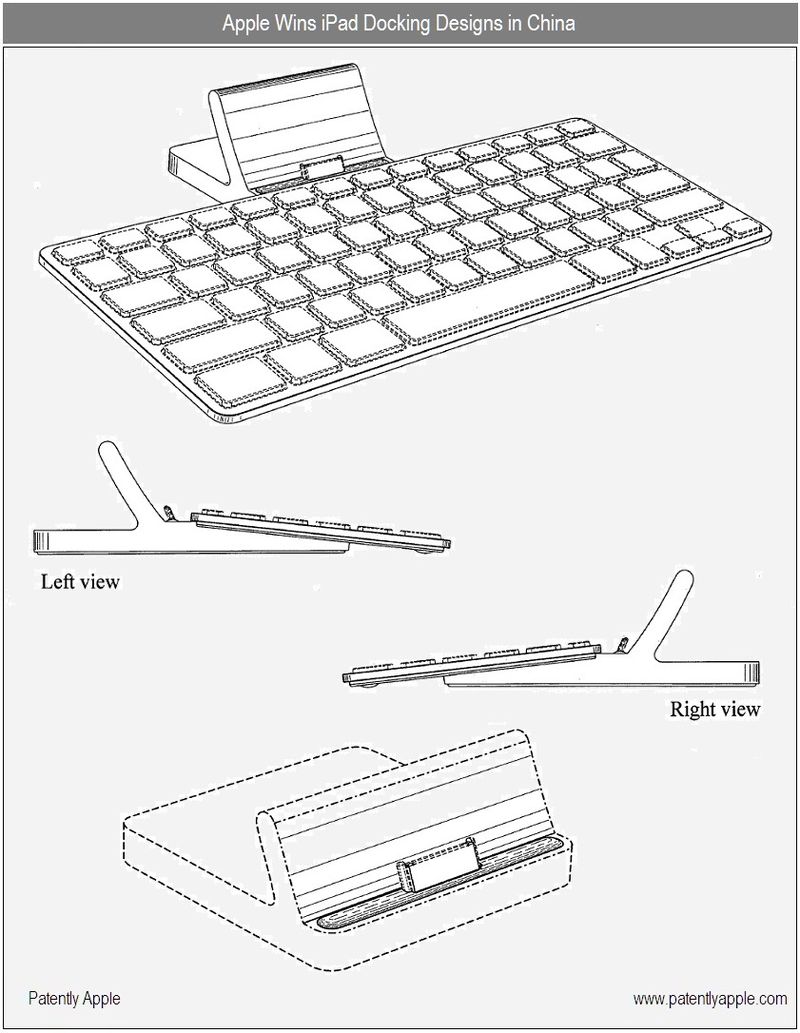 Update: Also see our report posted earlier today about the new FaceTime Camera design found in China's Patent Office. While there was some debate this morning about whether the design was a camera or light sensor, I'm convinced even more now that it is indeed a camera. See our updated report for a new graphic illustration that helps to make that point clearer.

A special thanks goes out to MacDailyNews who carried part one of our report as well as Jim Cramer who tweeted about our report (on Sept 26, 2010 - see the graphic below). Jim Cramer is co-founder of the Street.com and could be seen on CNBC's "Mad Money" segment (Booyah!).

Smart bezel was always on the cards. A previous patent had shown 'blisters' curving in from the edge of the screen from the bezel indicating zones the user could touch on the bezel to apply functions not used directly on the display.... If that is what it is... Alternately it could be an additional layer for example... Transparent solar panel/cells...

Could the bottom left be the new antenna location?

Could that zone be magnetic?

Now with AirPlay, who needs Docking any more?

I agree that it is going to be context sensititive, more like an action button - probably a sort of multi-touch too, pinch, pinch and tab, swipe - good even be like a magic mouse, or 5 button navigator ala the iPod

makes sense anyway - cant wait for this to come out, been waiting for 2nd gen way too long already

Smart bezel would likely be context-sensitive: take picture with camera, would be an obvious use, others might be things like mute/unmute audio stream, pause video.

nope. that's not a hdmi or usb. it's just the SIM card slot.