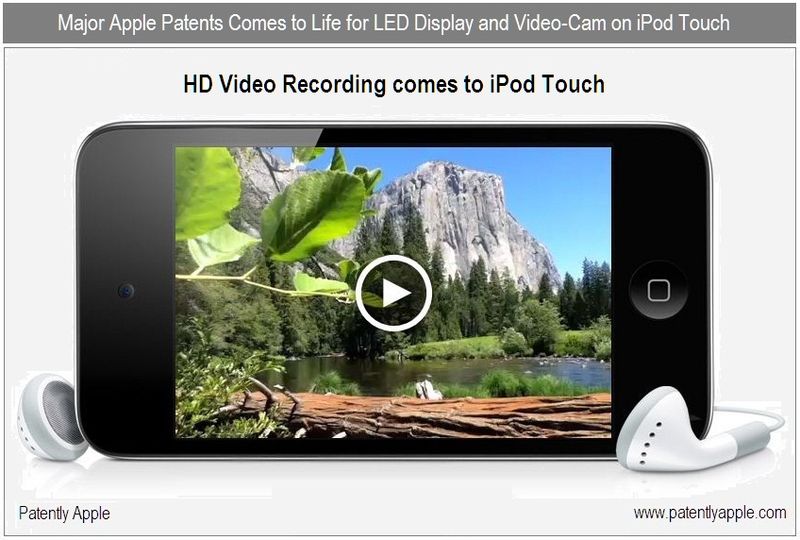 Apple's Special Music Event presented us with one of the largest caches of new iPod related products in a single event. Apple updated Apple TV with the A4 processor and the click-wheel returned to the iPod Shuffle. The iPod nano was dramatically redesigned and it it's not too difficult to envision the iPod nano one day morphing into a futuristic iWatch. Yet it was the refreshed iPod Touch that came through to fulfill a number of major patents covering video-telephony, a video camera and LED display technologies which this report presents.


Video Cam for the iPod Touch 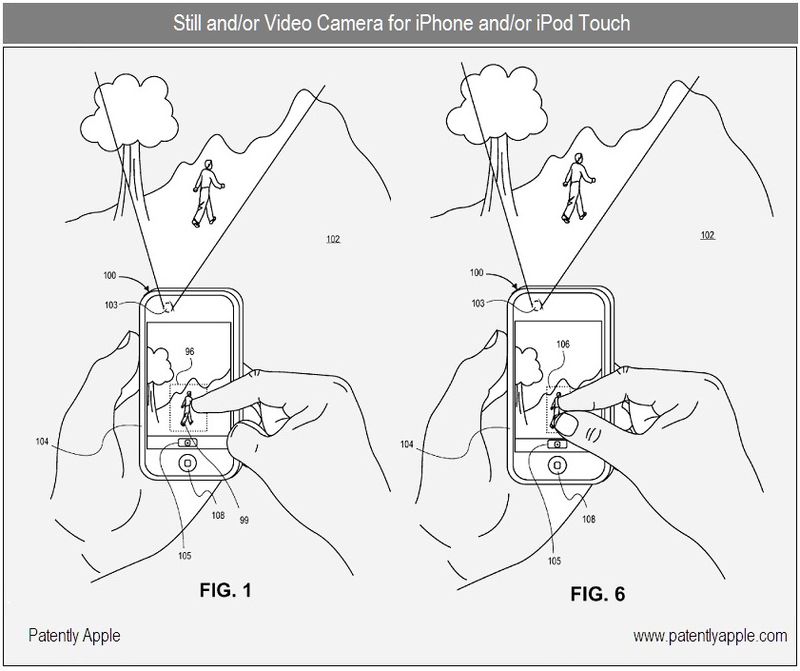 The second patent fulfilled was that of 20100020004 which covers the iPod Touch's LED Backlight. While other patents related to the new iPod touch were covered in our June 8, 2010 report that covered patents fulfilled for the iPhone 4, mainly the 3-axis gyroscope, video editing and more, it has come to light that more patents of been fulfilled for these products. The noted patent figures above are clearly pointing to a video cam on an iPod touch. A third patent fulfilled could be found in our January 5, 2010 report titled "Apple Working on iChat & 3D UI for Portables."

See Apple's new webpage on the HD video camera capabilities of the iPod touch which actually shows you the incredible quality you could expect to get. It's fantastic to say the least.

During yesterday's Apple Event (around the 66 to 67 minute time frame) Steve Jobs talked about playing a movie on your iphone and then getting home and finishing it on your Apple TV. This exact scenario was presented in our October 15, 2009 report titled "Apple Patent Advances MobileMe to the Next Level." So chalk up another Apple patent in the fulfilled column.

A Note about Fulfilled Patents

Patently Apple has just opened a new patent section called Patents: Fulfilled so that as time goes on, we'll be able to better archive some of Apple's patents that have come to life. Yet in the big picture, one must remember that Patently Apple only covers the higher profile patents that may appeal to consumers, brokers, business executives and the general Mac community at large.

As you're all aware of by now, Apple Inc. delivers many products to market each and every year. These cool products each contain dozens of technologies that have never nor will ever be discussed or covered by our site. Some of the little fulfilled patents only show up after the products have actually been in the market, such as the iTunes DJ app that arrived well before the patent was ever discovered. Some of Apple's newer technologies only surface when sites like iFixit, who carefully and artfully tear down products, reveal various new chipsets, materials and so forth that go unreported until such time. That's all part of Apple's known secrecy. Other types of patents that cover complex and/or extremely boring software, likewise never get covered by our site. So the point is simple. Our site could only attempt to archive the fulfilled patents that we ourselves report on and doesn't in any way reflect or represent the true number of patents that come to life each year.

Going forward, we ask those in the community that follow our reports on Apple's patents, to drop us a note if you're aware of any patent that was fulfilled by a recent Apple product that we've failed to bring to light. Your cooperation on this matter would be greatly appreciated.

Side Note: Apple's Magic Trackpad, shown in the iFixit teardown presented above, actually uses technology from a recent granted patent report that we posted on August 24, 2010. Technically, that's another patent fulfilled for 2010.