Apple's All New iPod Nano, One Step Closer to an iWatch

Well, Apple did it again in typical Apple style. One of the big surprises at today's big event was an all new redesigned iPod nano. The redesigned iPod Nano just happens to fit one of the ideas that we presented in our August 14, 2010 report that described a "one sensing touch element." As you could see above, that aspect of the patent came to life. Yet far more important is the fact that Apple is now one step closer to delivering the ultimate consumer product: The iWatch. In fact I'm surprised that they didn't sell a watch strap accessory to hold the new redesigned iPod nano. Perhaps that's in the works.

Is the iWatch coming?

As Steve Jobs said while still on the iPod nano: "It's still amazing to hold this much music in your hands." Yes Steve, I still marvel at that all of the time, as do most, I suspect. And this version of the iPod nano is very cool and is bound to be a winner for Christmas. Then again, some may not like the redesign. Some may hate the clip-on idea, some may love it. In some ways, I think that Apple should have waited for this to be the iWatch. But that's only my first impression.

Which brings us around to the question of the day: Do you think that Apple is currently working on an iWatch or will the iPod nano naturally gravitate to that eventually? 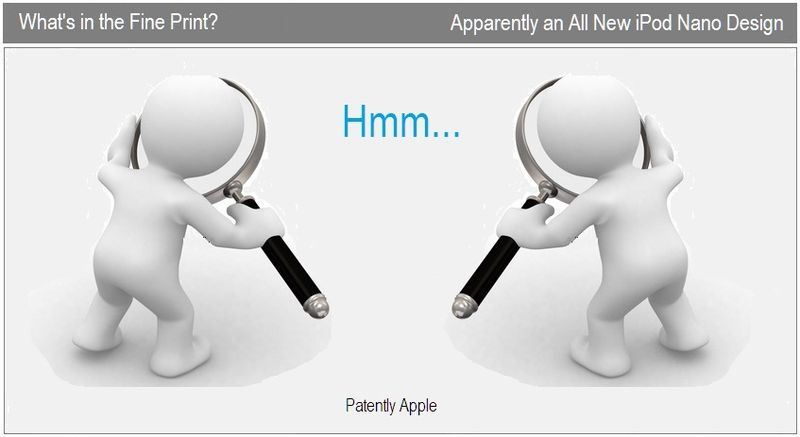 While we're at it, the floor is now open: What did you think about the Special Event keynote? Make your positions known in our comments below. 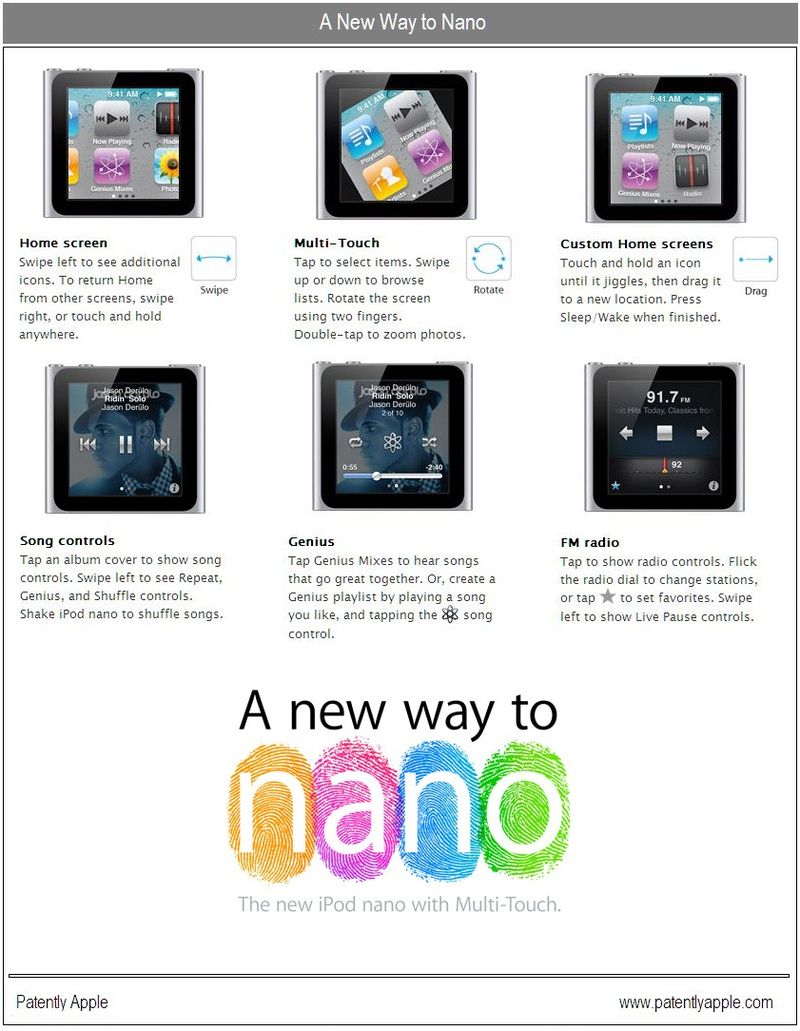 @ Marc, and what's wrong with a wireless headset? I hate iPod earbud wires!They're always tangled. A clip on means that you have to unclip it to make a selection. Why is that better than a watch that's angled right for you to see the UI instantly. On a treadmill I'd rather have a watch. To each his own.

If I'm working out I don't want a watch with a cable running to my ears as I'm on the tread mill.

On a clip to my shirt I can work out with my arms free.

If you expect everyone to have wireless ear-buds you're crazy.

Even a day after the event, I have to admit, the ipod nano was destroyed. Just like apple erred in taking out the button in the shuffle, crashing the size of the display in the iPod nano is crazy. As a watch, it would be cool. As a media player it's way too small and dinky. Maybe they're aiming at K12'ers or something because male adults will view this as just stupid.

If I want a workout device, the shuffle is all you need. So the nano, not replacing the shuffle, loses the camera and size. That just stupid. Top that off with no iPod Classic and you're being forced to get an iPod touch for the features. I get dropping the Classic, but not destroying the nano.

The faster they get the nano into a watch and strap format the better. Just my 2 cents.

All it needs to make it into a watch is a strap that integrates with the clip, then its a winner. I'm sure the 3rd part accessory people are working on bringing us just such a strap right now.

Will be the #1 stocking stuffer this Xmas!

Does it come with bluetooth?

Remove clip. Remember the fuss when the Nano was rumored through leaked shots? Everyone hated it - I think with all Apple products - you've got to road test them. People will get more accustomed to it.

It's a very clever Siftable, if not turn-into-a-watchable right now.

Clips are used by millions of exercise enthusiasts. That's life.

Sorry, I hate it. I'll check it out when it comes to the Apple Store in my area because Apple's stuff seems to grow on you. But my first impression is definitely that they goofed on this one.

Clip ons are stupid. Nice idea, wrong implementation. The iwatch, would have been more exciting. This is a step backwards i think.

I guess I won't be buying a video nano for Christmas. Right now my first impression is yuck.

Apple should have done this with the shuffle. This is a very strange move on Apple's part. Maybe I'll grow into it.