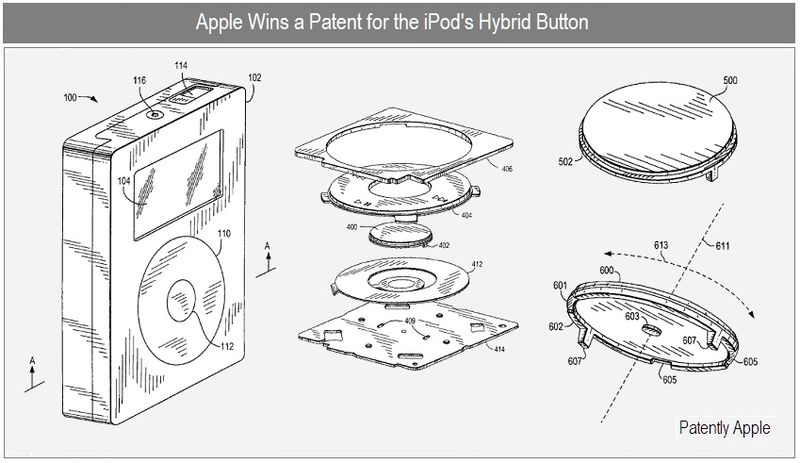 The US Patent and Trademark Office officially published a series of 15 newly granted patents for Apple Inc. today which included design patents for the iPod armband and MacBook Pro. The other notables within this group include one relating to updating playlists, another relating to connector receptacle housings and one relating to GarageBand. While there are a number of other interesting granted patents today, perhaps the most important is one relating to the iPod's Hybrid Button: a patent that Apple may be able to enforce on copy cat iPod OEMs going forward. 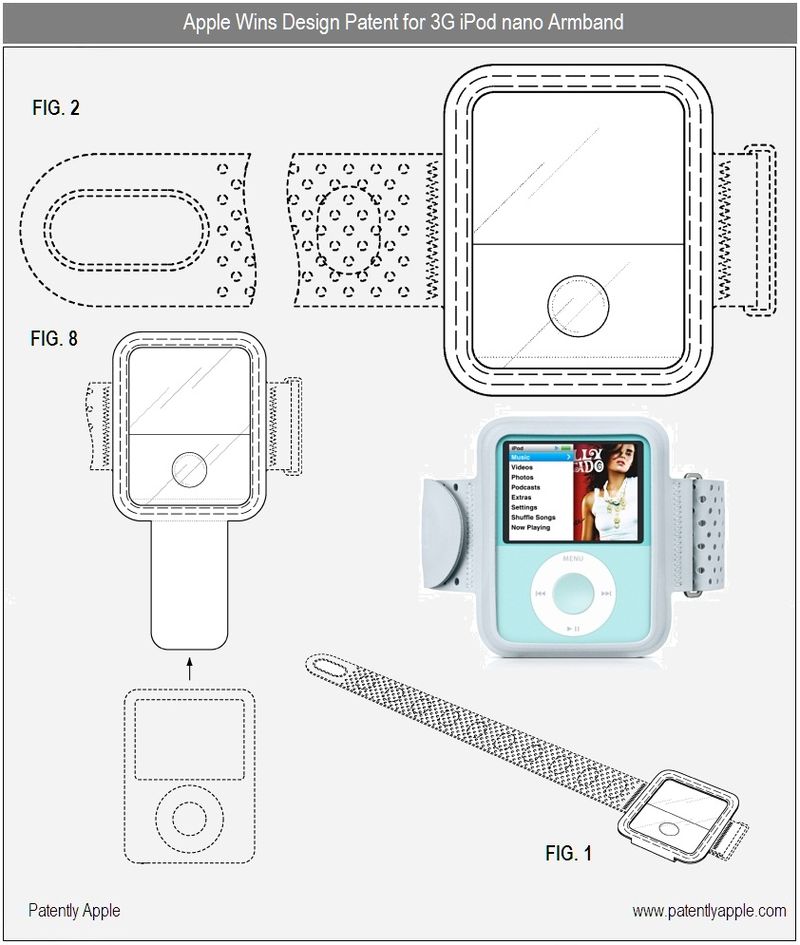 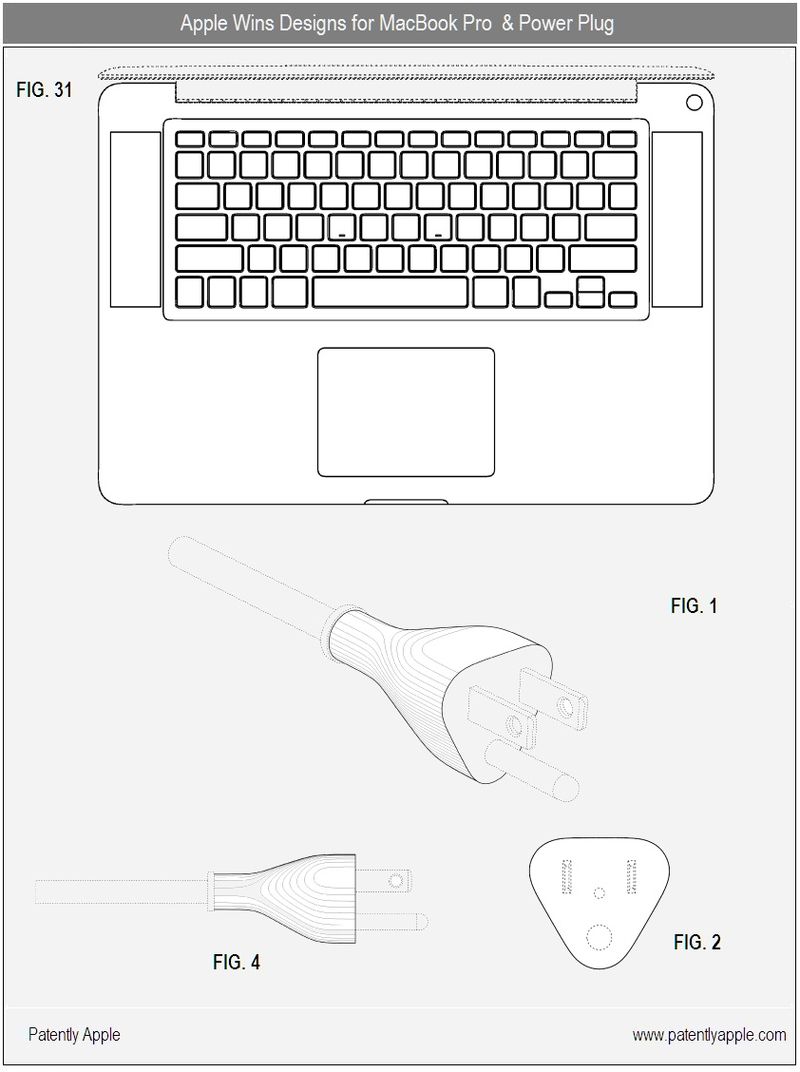 Apple credits Jody Akana and the same team noted above (minus Apple's CEO) for granted patent D623,594, originally filed in Q4 2009. The noted design for a "Power Plug" may or may not be the Power Plug associated with the Mac Mini – though the design is a lot smoother. 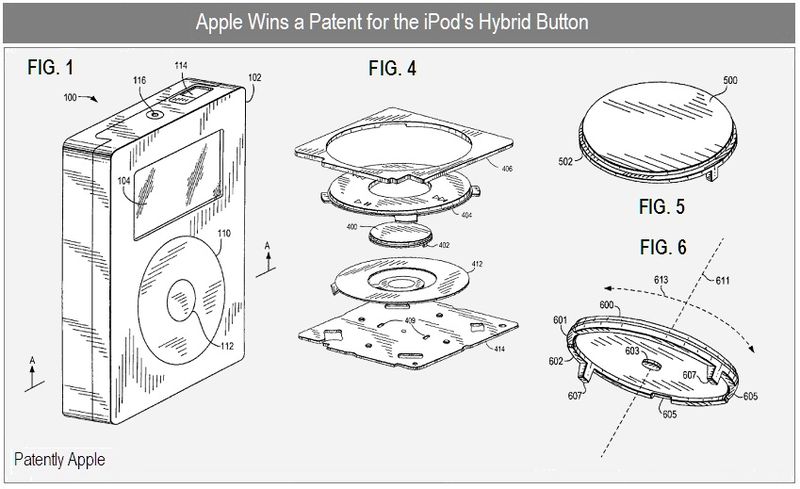 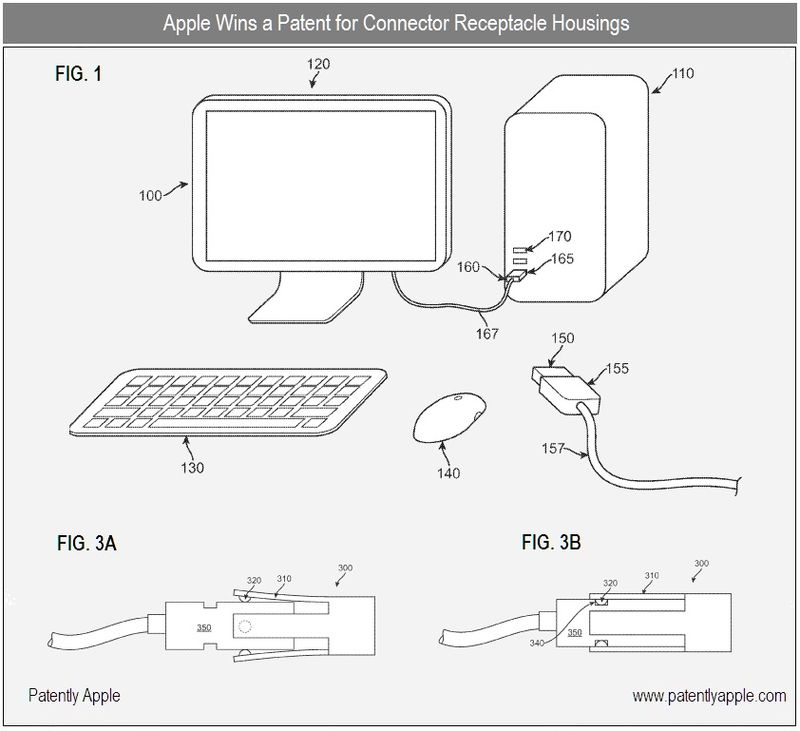 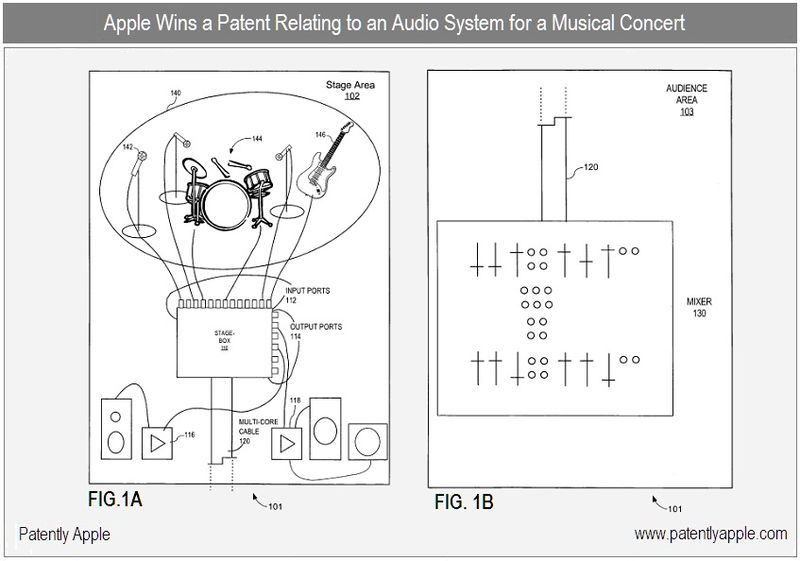 Apple's patent FIGS. 1A and 1B are diagrams of an audio system that connects microphones and instruments to a mixer via a stage-box and a composite cord running from the stage-box through an audience area to a mixer.

GP - 7,797,462 - Method and apparatus for communicating with an embedded controller which includes a reference to metadata objects

GP - 7,797,471 - Method and system for transferring album artwork between a media player and an accessory

GP - 7,797,633 - Streaming to media device during acquisition with random access

GP - 7,797,242 - Method and system for network-based purchase and distribution of media

GP - 7,796,139 - Methods and apparatus for displaying a frame with contrasting text