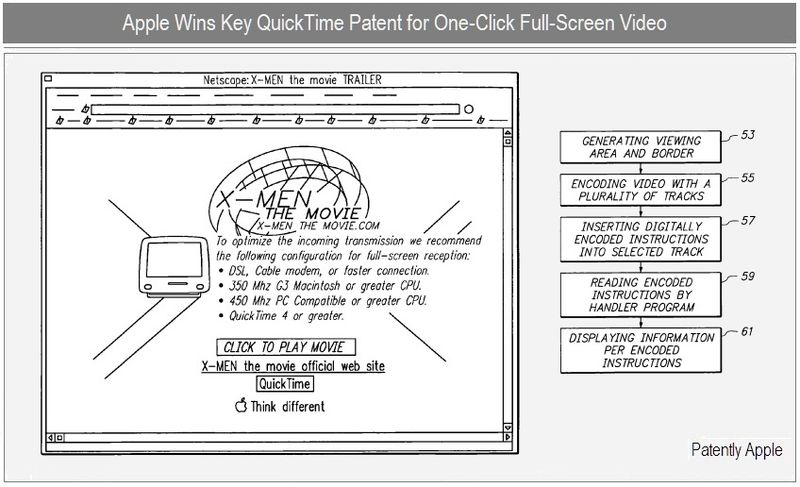 The US Patent and Trademark Office officially published a series of 14 newly granted patents for Apple Inc. today. The notables within this first of two reports cover two main patents. The first covers a key QuickTime related patent covering "One-Click Full Screen Video" used in QuickTime movie trailers and live news reports online. The second patent of interest today covers a never seen before handheld device tester that incorporates a dock. Whether the latter will ever come to market is unknown at this time.

Apple has been granted two design patents this week for their USB Power Adapter and a mysterious device that Apple calls a "Dock Fixture for testing handheld electronic devices." Being that it's a design patent, Apple doesn't provide any details as to what this device would be used for. However, Apple does list a patent that could be associated with this design under "US Patent Documents." The patent titled "Multi-Battery Charger" (20080067975) describes a dock that could be used to charge different types of batteries associated with handhelds. 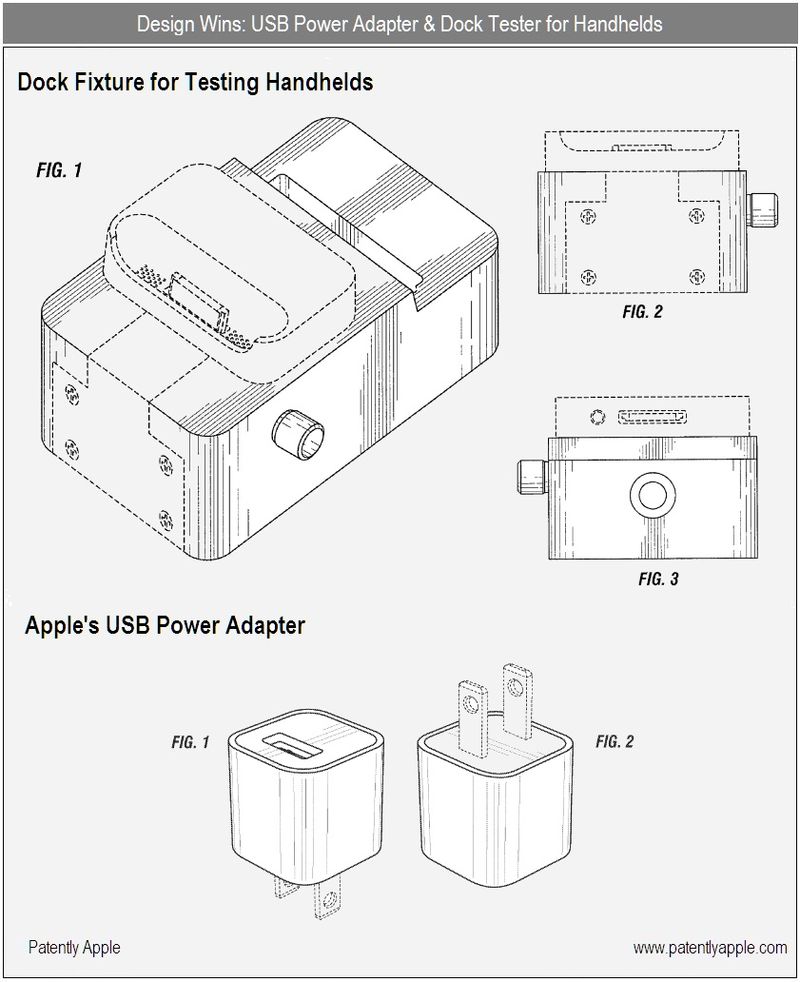 Apple has won a very important QuickTime related patent that relates to such things as playing movie trailers and live newscasts. The patent states that "a news content provider may provide a video of a news story reported live from the location of the news event, similar to the reporting of televised news broadcasts." 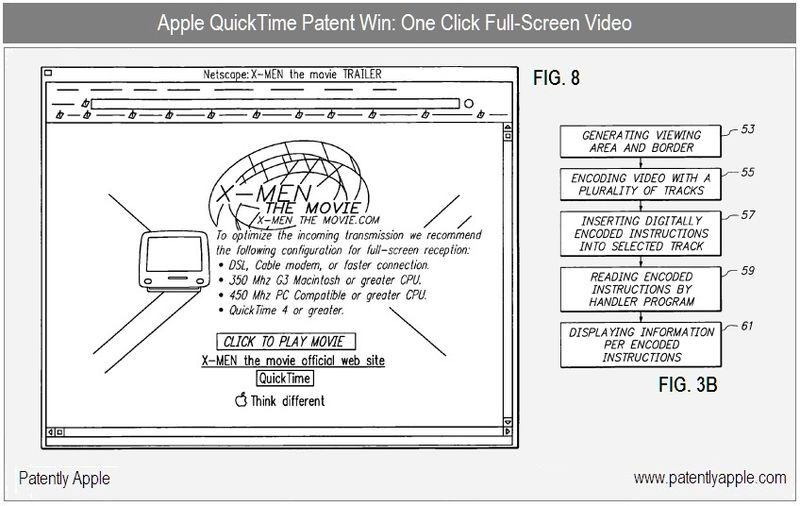 Patent Claim 32: An apparatus in a computer network having a server, at least one web page accessible through said server and a user computer programmed with browser software to display a copy of said web page when connected to said server, the apparatus comprising: a video file having a header, said header having a mode flag, said video file being identified by a link in said web page, said server downloading said video file to said user computer in response to selection of said link, said browser software detecting said header; and a video player executable in said user computer, said player being launched in response to said browser detecting said header to receive said video file during downloading thereof, said video player opening in a mode indicated by said mode flag, wherein said video file is encoded with a plurality of tracks, a selected one of said tracks containing instructions readable by said player, wherein one of said instructions is a first instruction relating to additional video content, said player in response to said first instruction displaying said additional content, and wherein said player plays said additional video content within said viewing screen area prior to playing said video.

Method and Apparatus for Managing File Extensions in a Digital Processing System: Apple's granted patent covers methods and apparatuses for managing file extensions in a processing system. An exemplary method of managing file extensions in a digital processing system involves a user interface and a plurality of files, each file having a name that comprises a filename and an extension. The method includes associating a file with an indicator which is user selectable for a single file in a plurality of files in said digital processing system and which indicates how to display an extension of the file, and assigning a value to the indicator, and displaying a displayed name of the file in the user interface in a style determined by the indicator.